Some people love art while others don’t think much of it. And the thing is, well pretty much anything can be considered art, whether it’s “good” or “bad.” And some art doesn’t even look like much of anything but than some art certainly does look like something, just not necessarily something good. So, with that being said, here’s some really weird art.

There are some forms of art that happened purely by mistake, and light painting is one of them. Frank and Lillian Gilbreth were famous for increasing the efficiency of industrial workers through time and motion studies. In 1914, the two began using lights and a camera with the shutter wedged open so that they could catch the movements of individual employees. They studied these images in hopes of making the work simpler and easier. The method was used in the art world in 1935 when Man Ray used an open camera shutter to take a picture of himself and swirling lights. Originally they were thought of and seen as random squiggles until 2009 when it was discovered that they were really mirror images of the artists signature.

This art done by Tracy Emin’s has been called the most shameful pieces of art in history. Filled with cigarette butts, empty bottles, stained sheets, and what appears to be a toy dog, the art portrays intimate details of an artists life, seemingly in the middle of a nervous breakdown. And foe those who previously shared Emin’s bed with her, she names them all on the walls of a tent she aptly entitled, ‘Everyone I Have Ever Slept With.’ There are over 100 names on that tent. 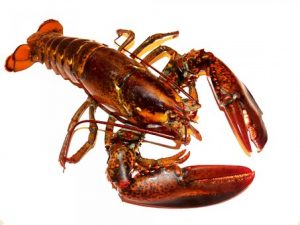 Yup, you read that right. The Lobster Telephone is art that was made by Salvador Dali. The 1920s and 1930s surrealist movement believed that revolutions began in dreams. Their inspiration came partly from Sigmund Freud as they set out to create art from the unconscious. The Lobster Telephone is one such piece of art. This work spoke to the artist in some obsessive and inexplicable way. To Dali, telephones were sinister messengers from “Beyond,” while the lobster was sexual. This is no doubt, weird art.

Dr Gunther von Hagens, a German anatomist has been internationally known for his work, inn which he turns human bodies into statues. He calls his technique plastination. The process includes injecting liquid plastic into the corpse of a volunteer. The solution hardens the body, preserving it entirely. Originally he intended the plastinated bodies to be used for the study of anatomy but more recently his sculptures have become increasingly artistic. His first show of the bodies took place in Japan in 1996. It was a short two years later when he launched the ‘Body Worlds’ exhibit. Body Worlds have toured the world and been seen but over 26 million visitors. However, not everyone like them as certain religious groups are outraged by such displays. Because his work is so controversial, he works out of a secret lab to which the entrance is concealed by a movable staircase.

Willard Wagon is a dyslexic sculpter from Birmingham England. He is famous for his sculptures as they are the smallest in the world. Most of them are so small, they could be mounted on the head of a pin or the eye of a needle. Wow, that really is small. He even created a mini sculpture of the Obama family but his most famous work is that of a replica of Michelangelo’s David, of which he made from a single grain of sand. This art may be weird, but it’s also awesome. 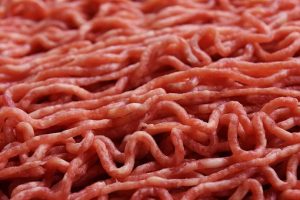 No, not the infamous one that Lady Gaga wore. This flesh dress is made of meat, too, and was created in Canada by artist Jana Sterbak. It was on display in the National Gallery of Canada and it too caused a controversy. This ‘art’ was to remind people that no matter how much we try to beautify our bodies, we’re all little more than meat hanging from our bones. There were some Canadian stuckists whom were outraged that the flesh dress was even considered art. In fact, 200 people were so mad about it, they mailed scraps of food to the National Gallery in protest of the exhibition. That’s weird and this is weird art.

Some art is weird, other art is interesting and truly gorgeous. But what did you think of this list of weird art?