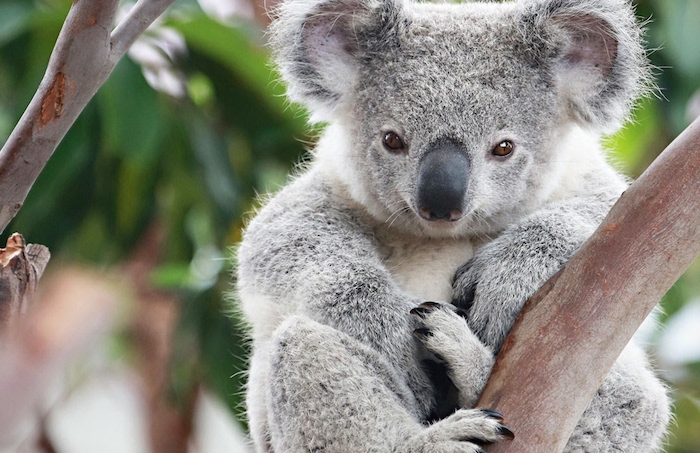 These dangerous but cute animals are the definition of looks being deceiving.

From the dawn of mankind, humans have had a symbiotic relationship with several species of animals. But like anything else, humans tend to judge animals based on how they look. If a creature appears docile, people assume it a timid creature. But as they say, looks can be deceiving.

Some of the most dangerous animals on Earth look adorable and even beautiful. Here are some of the cutest, cuddliest and deadliest creatures on planet Earth.

It might not be fair to let the actions of a single swan taint the reputation of the species as a whole but swans are known for being fiercely territorial especially during breeding season.

One story that highlights what these graceful beasts are really capable off is that of Hannibal the swan. It attacked nearly 37 swans and killed 15 of them in brutal ways. His aggression knew no limits when other swans ventured into his territory.

Hannibal attacked by beating the other swans with its wings, pecked them with his beak and even drowned them by holding their heads under water. What was more disturbing was the fact that after each massacre, he would show the carcasses to his offspring and proudly hold his wings up. And here we thought that swans were docile. 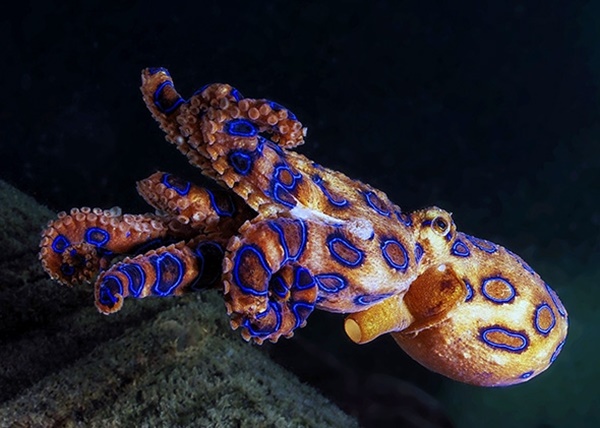 The Blue-ringed octopus is one adorable sea creature. The vivid colors and gorgeous pattern make you believe that this one is a timid, sweet marine animal. While it is defiantly cute and somewhat shy, it is also one of the most dangerous animals in the world. It has enough venom in its tiny 8-inch body to kill nearly 26 adult humans in a few minutes.

What is scary is that the bites aren’t painful at all and therefore gets ignored most of the time. Till now no one has been able to develop a safe anti-venom for the Blue-ringed octopus making it one of the deadliest animals on Earth. 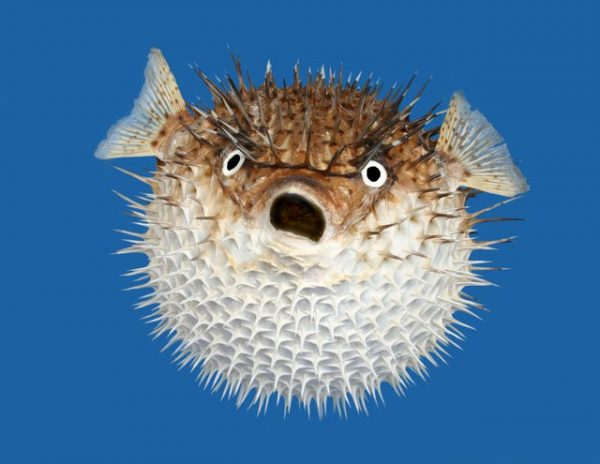 At first glance, the Pufferfish looks positively adorable with its chubby cheeks and large soulful eyes. They swim slowly and look like very peaceful creatures, but when threatened, they turn into savages. The Pufferfish uses its highly elastic stomach and ingests large amounts of water and air to form a massive ball.

Apart from the appearance being quite frightening, what’s really dangerous about this fish is that it is incredibly poisonous. Almost all Pufferfishes contain tetrodotoxin which is a 1000 times more deadly than cyanide. And just like the blue-ringed octopus, there is no known cure for its poison.

The Slow Loris is one of the smallest and cutest primates found on Earth. However, what really makes them stand out is that they are poisonous. They have a gland right below their elbows which produces the poison. But unlike other animals, the Slow Loris has a unique way of creating the toxin. It licks the gland near their elbows to mix the secreted poison with their saliva.

Though the virus isn’t as dangerous as some of the other ones in the world, it can be deadly for those who are allergic to the toxin. Scientists have found out that the secretion of the Slow Loris has a chemical that is related to cat allergen. So don’t assume that this little furry creature won’t fight back. If threatened, it can take you out. 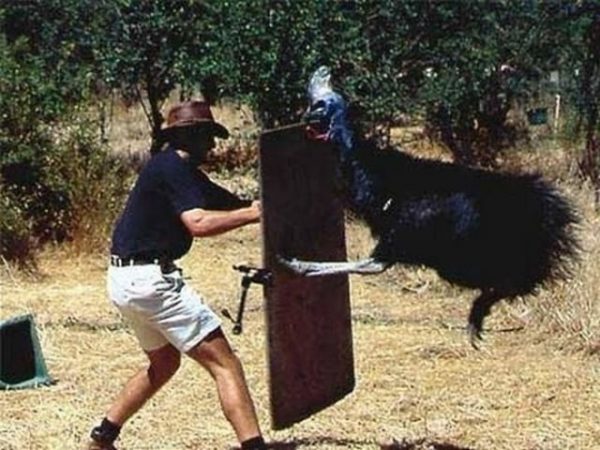 The Cassowary, while being one of the largest birds on our planet, is also extremely unpredictable and aggressive. Their appearance might make you think they look cute or silly depending on your personal views but they can kill a human rather easily.

These large birds can run very fast, often reaching speeds of 50 kph and they can even jump to a height of 1 meter with ease. But what really sends shivers down your spine is the fact that these exotic birds have 12 cm long claws. The Cassowary’s second toe has a long sharp nail that can rip your stomach open in a single slice.

If you ever come across the Cassowary, no matter what, do not turn your back to it because it will attack you. 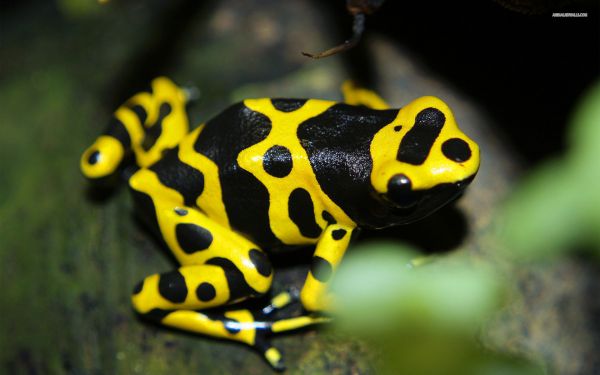 The Poison dart frog is stunning to behold. Almost all the different types of frogs that belong to the same family have amazing vivid colors and patterns on their skins.

The dart frogs look like paintings hopping from one place to another. What is really interesting about this little creature is the fact that the coloration on their skin and the toxicity of their poison evolved side by side. Some of these frogs contain poison that can kill anywhere between 10-20 men or about 10,000 mice. 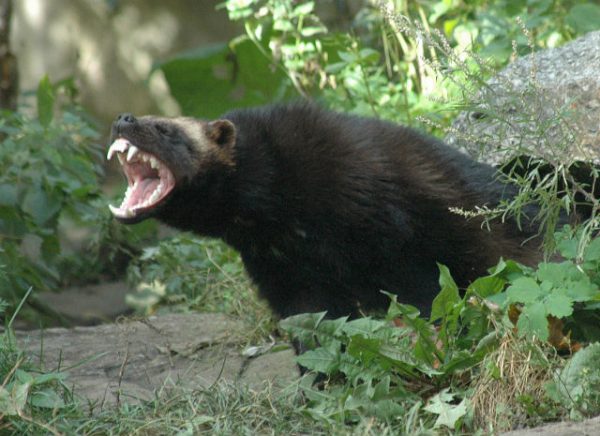 Most of you must already be familiar with the comic character of the same name, but in all honesty, the animal is fiercer than its more famous counterpart.

The name itself has its roots in German and roughly translates to “devours much.” A typical wolverine consumes just about anything that comes in their way and is known for being very aggressive and almost devoid of fear. They can even take down a moose or a caribou with relative ease.

The wolverine's long, sharp teeth along with their retractable claws make them a perfect mini killing machine. 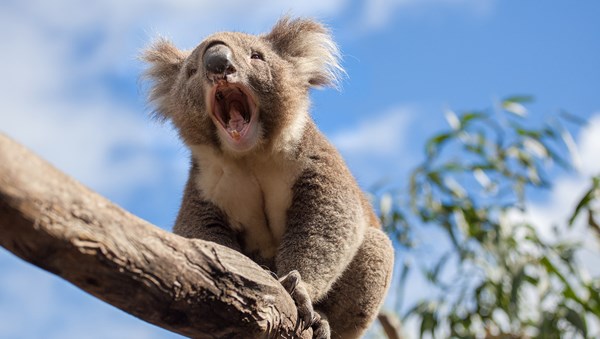 Although they aren’t technically bears, they look like the ideal teddy bear. Not too big and not too small; and just the right amount of cuteness that makes you want to snuggle with it. They might not be dangerous to humans but do not let their dangerous but cute animal fool you. When in danger, they can easily rip your body to shreds.

A woman named Mary Anne Foster was walking her dogs one day when they started barking at a Koala which was standing at the bottom of the tree. Instead of going up the tree, it ran towards the two dogs and attacked.

Koalas bare sharp claws and teeth which can tear through flesh like butter. While they usually ignore human beings, there have been quite a few cases where they started attacking after feeling threatened.