If you told someone that a cartoon character wrote you a letter, most people would wonder if you’d hit your head or something. If you then said that you sold the letter for an obscene amount of money, some might start calling the men in white coats.

But as it usually goes with these things, reality is stranger than fiction. A 1935 letter ostensibly written and undersigned by Winnie the Pooh was sold at a British auction house on June 24 for £12,500, or nearly $15,500.

The letter, riddled with oh-so Pooh-like misspellings and featuring a pen and ink drawing of the Pooh Bear together with his friend Piglet, was sent to the late Dr Harry Stopes-Roe, the son of British birth control pioneer Marie Stopes.

Addressing the letter to “Buffkins” – Dr Stopes-Roe’s childhood nickname – Winnie the Pooh regretfully informs the young boy that he will not be attending his 11th birthday party.

“Dear Buffkins, we are terribly sorry that we shan’t be able to come to your party on March 30th but we are going to be away. Thank you so much for inviting us,” the letter reads according to the BBC.

To us today it’s a heartwarming gesture from the bear, but at the time it must’ve been devastating news to young Mr. Buffkins. 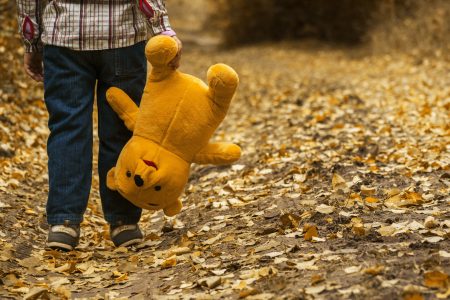 The Man Behind the Bear

In reality, the letter wasn’t of course penned by the make-believe teddy bear. Instead, it’s the handiwork of Ernest Howard Shepard, an illustrator and artist perhaps best known for the drawings he made for A.A. Milne’s original Pooh books.

No wonder the handwriting and the little drawing managed to fool young Buffkins. Maybe the letter wasn’t by the actual Pooh Bear, but the writer was probably as close to it as you can get.

Shepard was good friends with Buffkins’ mother. As the young man often invited the fictional bear to his birthday parties, Shepard used to attend them on behalf of Mr Pooh, says the BBC.

When he couldn’t make it for whatever reason, he would write a letter in the guise of Winnie the Pooh apologizing for not being able to make it.

Does that mean that there were more of these letters once upon a time? It’s definitely possible, according to auctioneer Chris Albury, who discovered the letter.

He told the BBC that the Stopes-Roe family asked him to go through “an attic full of papers” and see if there was anything worth selling. They didn’t mention Winnie the Pooh or Shepard, so the descendants of Buffkins were most likely unaware of this particular letter.

“In one of the boxes there were these drawings and my heart stopped. It’s impossible to not like it,” Albury recalls.

According to him, the Stopes-Roe family sold two other Pooh drawings at a Christie’s auction in 2001, but they had not even seen the birthday letter before.

They should be glad Albury found it, though. The letter was originally estimated to sell for a sum between $2,500 and $5,000. In the end, at the auction organized by Dominic Winters Auctioneers, it went for more than triple the highest estimate.

One Bear’s Many Adventures

The letter provides a fascinating look behind the scenes of Winnie the Pooh, who has since his first public appearance in 1926 become one of the world’s most beloved children’s book characters.

Originating in stories English author A.A. Milne used to tell to his son Christopher Robin Milne, the bear first appeared in the story collection book Winnie-the-Pooh, which was followed two years later by the sequel The House at Pooh Corner.

The animated teddy bear his friend quickly grew in popularity, and by 1931, the Pooh franchise was a $50 million business in the US alone.

While Milne himself never wrote more about the Pooh Bear, apart from a couple of poems, two other books have been published with full backing of the Milne estate.

Return to the Hundred Acre Wood, written by David Benedictus, came out in 2009, and a fourth book titled The Best Bear in All the World by Paul Bright, Jeanne Willis, Kate Saunders and Brian Sibley was published in 2016. Both books were illustrated by Mark Burgess in place of Shepard, who passed away in 1976.

Apart from books, the Pooh Bear is famous for various animated movies and TV shows produced by Disney, who acquired the rights to some of the characters and stories in 1966 and the full rights in 2001.

Since then, Disney has sent Mr. Pooh on various adventures in another featurette, four full-length animated movies, and four TV shows.

With his 100th anniversary approaching, the first book in the Pooh series is set to enter the public domain in the US on January 1, 2022, while Disney’s full rights to the bear will expire some time later in 2027.

We can’t know what the future holds for Winnie the Pooh after he becomes a free bear. But while he unfortunately couldn’t be there for young Buffkins in 1935, perhaps we will see him at his own centennial celebration in one form or another.