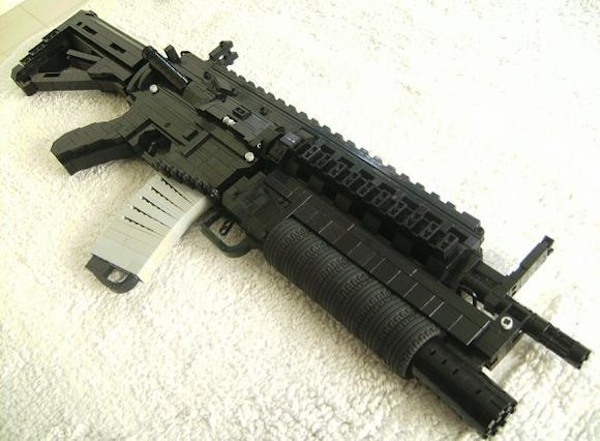 A Flickr group of LEGO life-size weapons has over 500 guns, knives, and bombs made from the toy building bricks. Just don't leave home with these realistic-looking pieces. They could land you in jail — or worse! 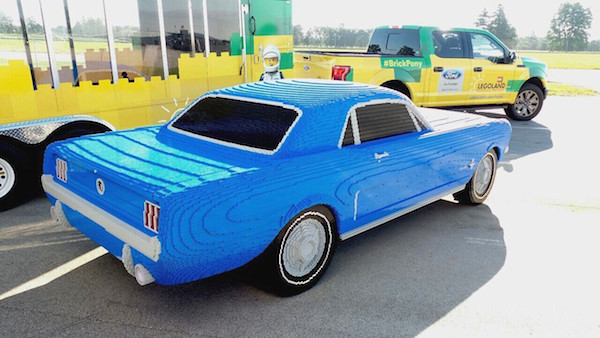 LEGO celebrated the 40th anniversary of the Mustang Club of America with this life-size model of a 1964 Ford Mustang on display at the MCA's 40th Anniversary Celebration at Indianapolis Motor Speedway. The model was built by hand at LEGO's US headquarters in Enfield, Connecticut and made several stops across the country before reaching its final display location — the Ford Driving School attraction at Legoland Florida Resort. It tips the scales at 1,712 pounds, of which 960 are attributable to LEGO bricks. The remaining 752 pounds is claimed by an aluminum chassis to hold the car together. 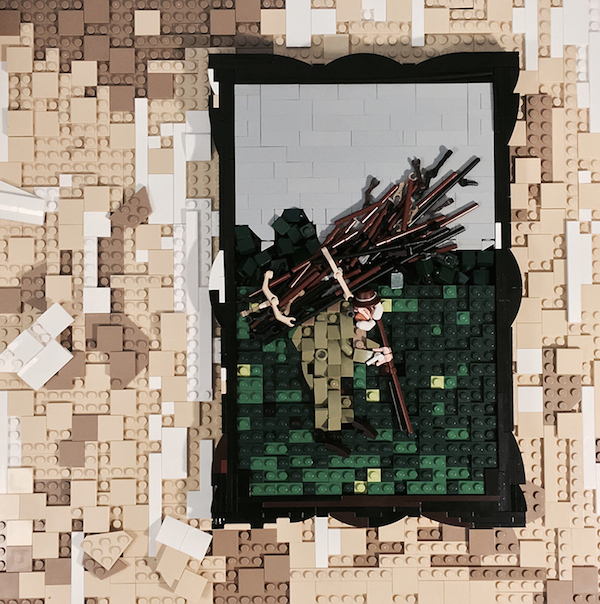 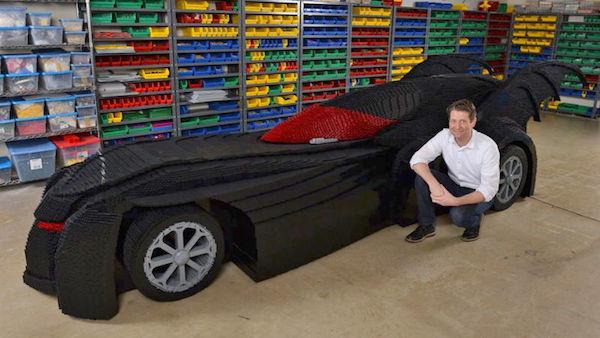 LEGO artist Nathan Sawaya not only designs models, but he's also able to build them large enough to drive. At 18-feet long, there are over 500,000 pieces of LEGO in this life-size Batmobile, which weighs just over 1,500 pounds. It comes complete with a custom vanity license plate, and flames shooting out of the back. 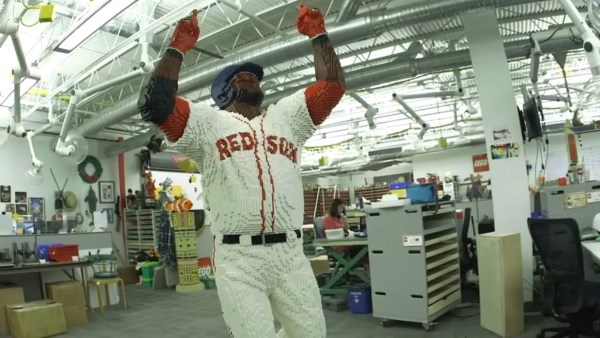 A LEGO statue of retired Boston Red Sox player David Ortiz was unveiled at Fenway Park in August 2016 on LEGO day. Is made from 34,510 bricks, weighs 170 pounds and took 290 hours to make.

Artist Erik Varszegi revealed how painstaking it was to get all the details right: "Actually, the hardest part was getting his tattoos just right. I couldn't get a lot of visual reference on that. His left arm has a whole bunch of tats. I had a couple pictures of it; then I saw some stuff online from a video game. There was a 3D map of his skin texture, so I was able to utilize part of that." 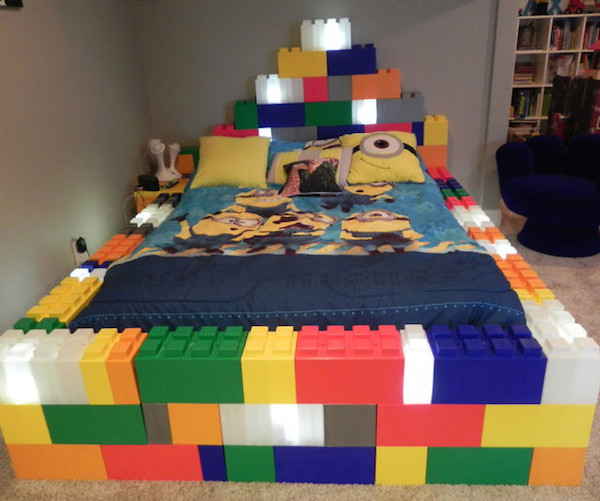 With life-size building bricks, you'll be able to construct large structures and real functional furniture like the bed above. Get 'em here! 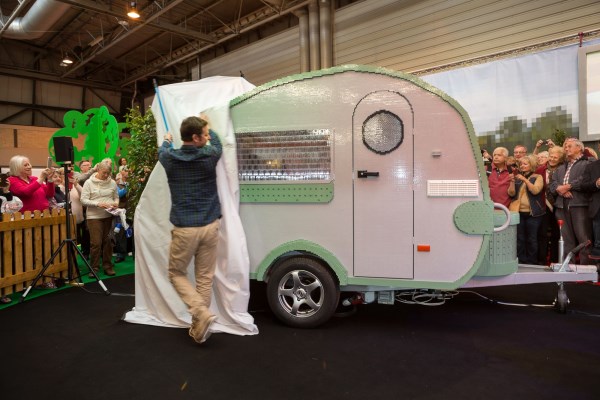 This LEGO Teardrop camper was designed for 2015's Motorhome & Caravan Show at the National Exhibition Centre in Birmingham, UK. It stood 7.2 feet (2.2 m) tall and used more than 200,000 blocks in its construction. It also came complete with running water, working lights and a place to lay your head. 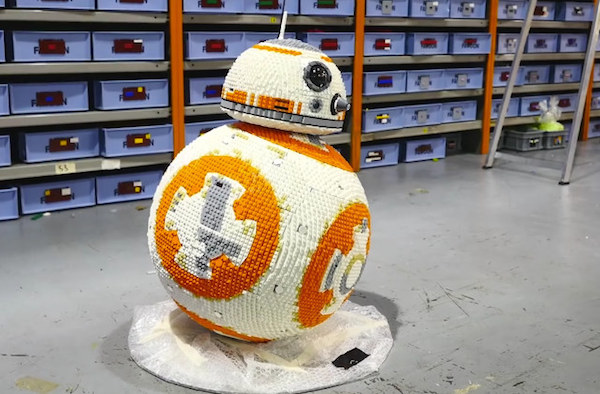 A lifesize LEGO Star Wars BB-8 was built by the folks at Bright Bricks for the Star Wars: The Force Awakens UK premiere. How did they do it? Watch the time-lapse below! 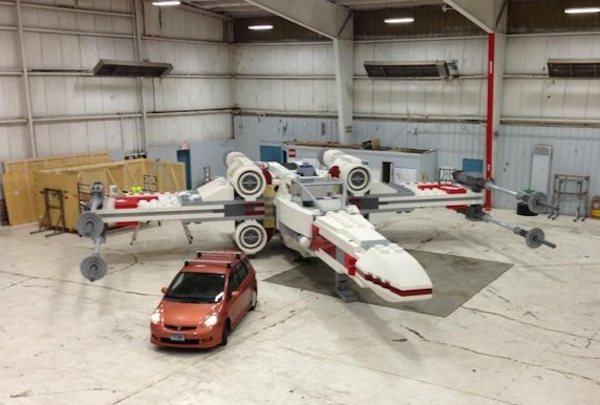 This Star Wars X-wing fighter was built for the 2013 grand opening of the LEGO store in New York. It was built from 5 million LEGO bricks, and was about 45 feet long. Impressive! 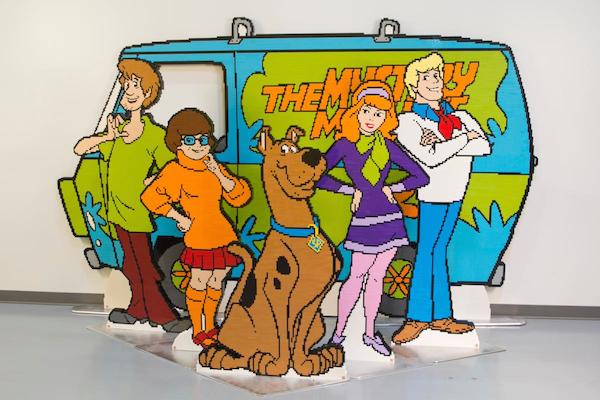 Zoinks! Scooby, his gang and the group's Mystery Machine van have received the LEGO treatment. The van is the actual size of a 1965 Chevrolet Greenbrier, and the characters are all human size, which means that Shaggy (in the green shirt) is about 6 feet tall. The entire set took 85 hours to design and 525 hours to build and glue together. It consists of 70,875 LEGO bricks.