1The street sign repeatedly stolen due to sexual meaning 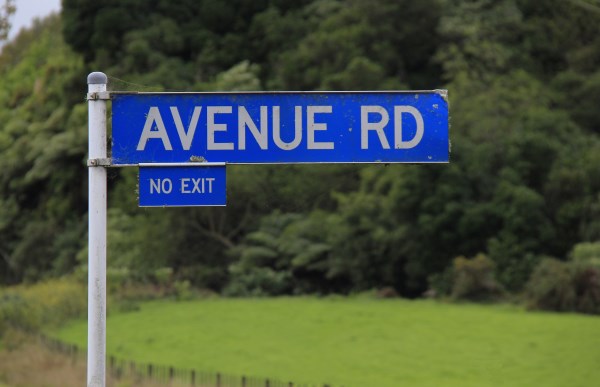 A street name that shares a slang meaning with a hole in the wall designed for sexual gratification keeps getting stolen.

People who live on Glory Hole Drive in the El Dorado County mountains in Camino, California say their street sign keeps getting stolen. Steve Smith, a longtime resident, said, "Some kid's got it in his bedroom or college dorm room."

Smith is no stranger to weird street names. He moved to the area from Alaska where his street was called "Smoke Bowl" and said that sign was stolen at least twice.

Glory Hole Drive is named after a gold mine camp formerly located in the area, which featured a hole in the ground that offered glory to those who struck gold.

2The Berlin streets that still bear the names of German colonialists

Some streets in Berlin still bear the names of former colonialists, almost 100 years after the end of German rule in Africa. Activists want the names changed, but not all residents agree.

Lüderitzstraße, Nachtigallplatz or Petersallee may seem like perfectly ordinary Berlin addresses, but activists want to give these streets entirely different names. Their association, "Berlin Postkolonial" (Post-Colonial Berlin) has been fighting to rename the streets in the capital's so-called "African quarter" for years. In addition to Petersallee (named after Carl Peters, the force behind "German East Africa" which includes today's Tanzania), the street names in question are Lüderitzstraße, named after Adolf Lüderitz, the founder of German Southwest-Africa (today's Namibia), and Nachtigallplatz, named after explorer Gustav Nachtigall who traveled to Chad, Darfur and many other parts of Africa. Many of those involved in colonization earned a reputation for brutality and torturing civilians.

Those in opposition have formed an association to stop the name changes. They came up with a proposal that would not change the street names, but would refer them to different, less controversial people. (For example, Petersallee would no longer be named after the German colonialist Carl Peters but after theologian Hans Peters.)

The activists of "Berlin Postkolonial" remain adamant. "We have thousands of streets in Berlin, but we do not know any street in Berlin honoring a person from Africa. That needs to change," said Berlin Postkolonial's Christian Kopp.

3The street name change that was prompted by negative racial connotations 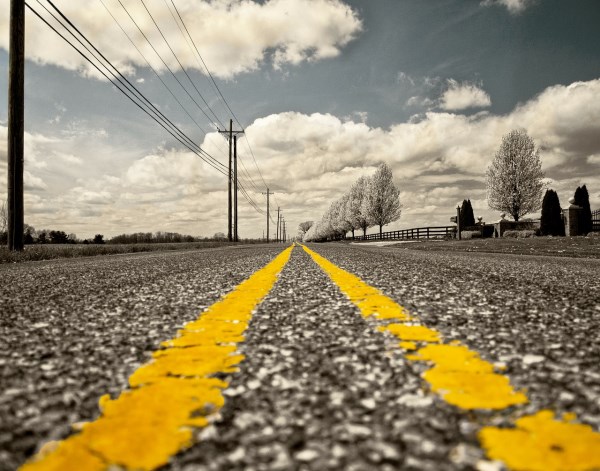 In September 2012, the Howard County Planning Board unanimously approved a proposal to change Coon Hunt Court to April Wind Court after lobbying by residents who described the name as racially insensitive.

Council member Calvin Ball, who originated a petition to change the name after several street signs were stolen, was pleased with news of the modification.

Many of the street names in the Thunder Hill area are derived from Andrew Wyeth paintings. For example, Sleeping Dog Court was named after Wyeth's "Sleeping Dog on Bed." Some believe Coon Hunt Court may have been the result of a transcriber's error and that the name could have been derived from Wyeth's "The Coot Hunter." That painting depicts a hunter carrying a coot—a medium-sized bird. 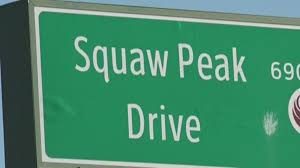 Should Squaw Peak Drive in Phoenix be renamed? City officials have yet to take steps to rename the heavily traveled street. A spokeswoman said the city hasn't examined the issue because it hasn't received any formal requests.

The word "squaw," considered offensive to many Native Americans, has been interpreted to have several meanings. Some historians and advocates contend it originated from a word referring to the female anatomy. Others say the origin wasn't negative, but the word took on a new meaning as white settlers used it in a pejorative sense.

Amanda Blackhorse, a member of the Navajo Nation in Arizona, said Phoenix's failure to rename offensive streets is one more example of a cultural ignorance about slurs used toward Native Americans. She said the city needs to finish what was started with the renaming of nearby Piestewa Peak which was once called Squaw Peak. "I can't believe we still have names like this," Blackhorse said. "(Squaw is) the equivalent of calling someone a slut or a prostitute. It was used to degrade Native women."

While many residents said they support doing what makes Native American residents feel comfortable, others believe the peak's former name will continue to be widely used regardless. 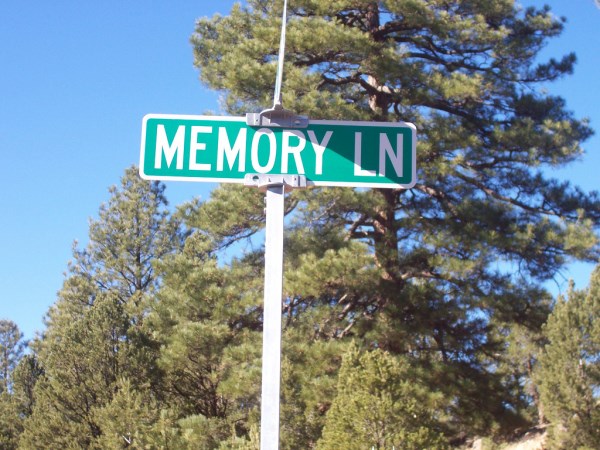 Unsatisfied with simply taking a stroll down Memory Lane in Brookfield, Wisconsin, thieves have been carrying off the street sign.

"This weekend, and for the fourth time since we've lived here, someone stole the Memory Lane street sign," said Richard Cieslak, who has resided on the block-long street since 2002. "My guess has always been that it's a cute name. When I give my address to someone, I always get the same 'Awww' sort of reaction."

Memory Lane—abbreviated less adorably on the sign as "Memory Ln"— was swiped in May 2015 and June 2008. The latest incident isn't in the database yet, and the fourth likely was before computer records were kept. The city makes its own aluminum 6-inch-tall street name signs, and the cost for two new signs on the same pole is about $250. If it's a frequently stolen sign (as this one appears to be), the worker will smear grease near the top of the pole to discourage thieves.

Still want a Memory Lane sign? Give city officials at Brookfield a break and check out eBay—you can find them there for around $20. 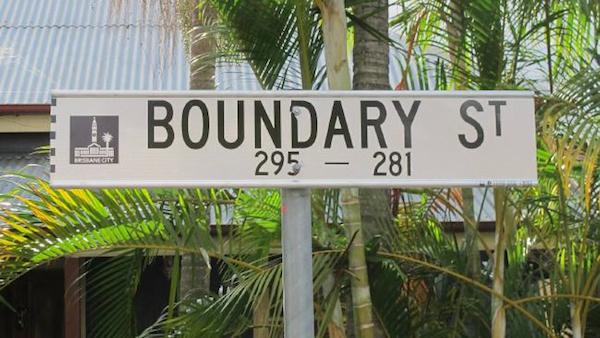 In the eclectic inner-Brisbane, Australia district of West End is a street with a name seemingly so banal it seems hardly capable of raising the attention of anyone who crosses it.

In the mid-1800s, Boundary Street marked the perimeter of a colonial town that local indigenous people were banned—and sometimes forcibly removed—from during harsh curfews. At 4pm from Monday to Saturday and all day on Sunday, indigenous people were sent packing from the white boundary town and to the other side of Boundary Street. Troopers would line the street, cracking stock whips to enforce the segregation. The street's racist purpose continued well into the 20th century. When black American servicemen were stationed in Brisbane during World War II, they too were reportedly subject to the segregation demarcated by Boundary Street.

A recent change.org petition calling on Brisbane Lord Mayor Graham Quirk to replace Boundary Street with Boundless Street has attracted more than a thousand supporters, but not everyone agrees with the name change. Elder Sam Watson, whose family are traditional owners of West End, thinks Boundary Street should remain as it is so people are aware of its history. “You shouldn't sanitize history or conceal it as it should be there for people to know about,” he said. “I would like signage through the area to let people know they are walking in an area with that darker history.”

For now, the West End Community Association agrees, but hopes to work with the local indigenous community to find the best way to create greater awareness of the history of the street, the area and the name itself.

7The sexually suggestive street names banned by a Welsh council 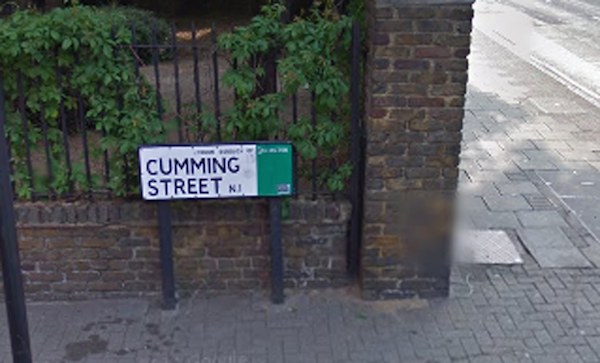 In 2014, some street names were banned by the prudish Conwy council in north Wales to spare people who live there. The clampdown came after complaints about Hoare Road and Typple Lane in Conwy, North Wales, with protests they are "aesthetically unsuitable" for families.

Officials have ruled names with sexual overtones, and others that "cause offense," will be off-limits: "Aesthetically inappropriate names such as Tip House, and Pit Lane will be avoided, or names capable of deliberate misinterpretation like Hoare Road, Typple Avenue, Swag House, etc."

NeedaProperty.com recently studied the effect of street names on home values and found those on rude roads were priced an average of 22% less than those on a less controversially named street. Up to 60% of people also told the firm they would not want to live on a street with an embarrassing name. 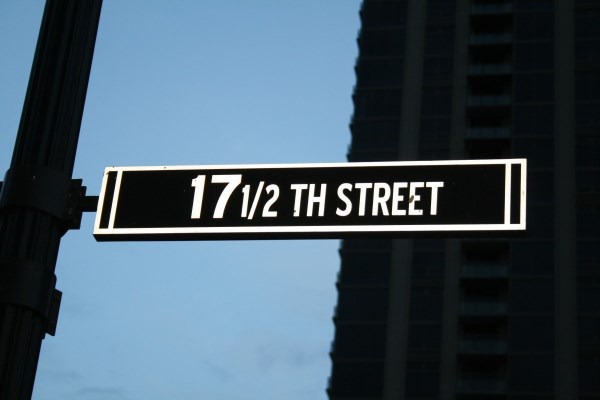 Staten Island Borough President James Oddo was given the go-ahead by a judge to give a section of the island some fairly unpleasant street names. A few very lucky New York City residents will now live on Cupidity Drive (“cupidity” meaning “greed”), Fourberie Lane (“fourberie” is “trickery” in French), or “Avidita Place” (from the Latin avidus, which means “eager,” or, also, “greed”).

But why? Consider it Oddo's very official revenge against a housing development he has opposed for some time. In 2013, the Savo Brothers firm purchased a 15-acre retreat from the Society of Jesus. They wanted to build 250 condominiums on the $15 million parcel and knocked down the Jesuits' 1920s-era chapel and some 400-year-old trees in the process. Community efforts to preserve the site or reach a satisfying compromise failed. So, when the development company finally submitted potential street names for Oddo's approval (e.g. Lazy Bird Lane, Rabbit Ridge Road, Timber Lane, or Lamb Run), he picked three names very obviously not on the list.

In a civil suit brought by the developers, the judge decided the borough president does indeed have the power to name streets. Since the names in question are “easily annunciated,” aren't “lengthy, offensive, insensitive, or profane,” can be “clearly understood by a 911 dispatcher,” and “are not considered insensitive nor will they inflame controversy," Oddo will get the last....word.

9A gay couple campaign to have a street name changed 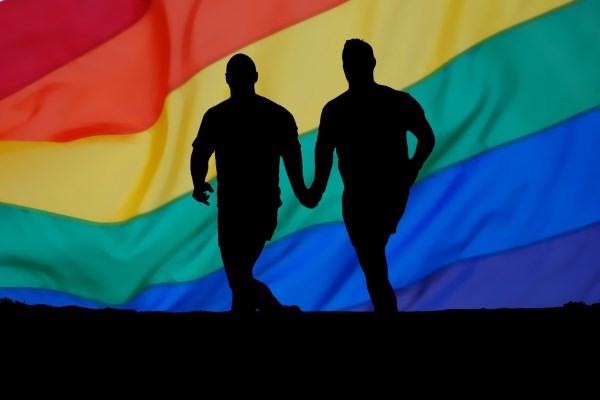 In June 2015, a gay couple lost their fight to change the name of a street honoring a popular school governor—Frank Bangay.

Phillip Tucker and his husband, Ian, launched a campaign to change the name of the street on a housing estate—Bangays Way—saying the addition of the "s" was offensive. They argued that the "s" should be removed, or that it should be renamed Frank Bangay Way.

The couple, who have lived in the area for almost a decade, complained to their parish council and Tory MP Tom Tugendhat. Tugendhat said he saw "no reason" why the name could not be changed, but he did not find the sign "homophobic or offensive." Nevertheless, it was announced that the road name would not be changed because there had not been enough objections.

Frank Bangay was a former parish councilor, historian and school governor who died in 1999. The street was named after him earlier in 2015 as a tribute to his dedication to the village.