From building an icy cocktail bar to selling your excess snow to places that don't have any, check out these 15 fun things people have done to make this winter a little less grueling. 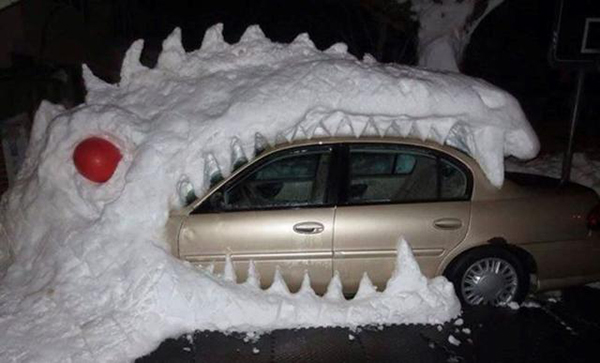 Blizzards are pretty much par for the course in Western NY. To live here you have to have a sense of humor!

2Tunnels you can ride a bike through all over North America 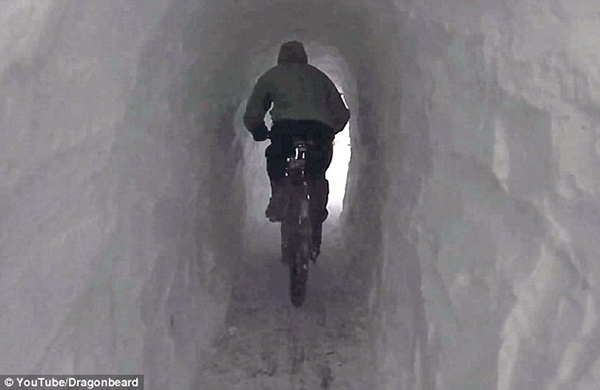 Look, tunnels everywhere! Pictures of snow tunnels have been popping up all over the internet as people from Canada to Massachusetts have run out of places to put all that snow – so they just tunnel through it instead.

3Making cocktails from an icy bar 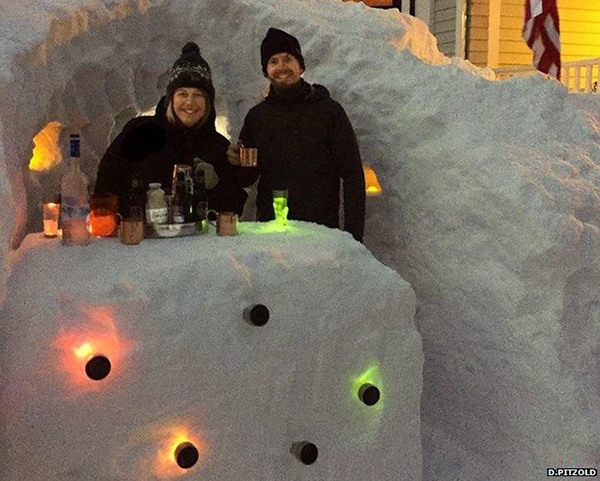 Enjoy a cocktail to warm you up while chatting with the neighbors. 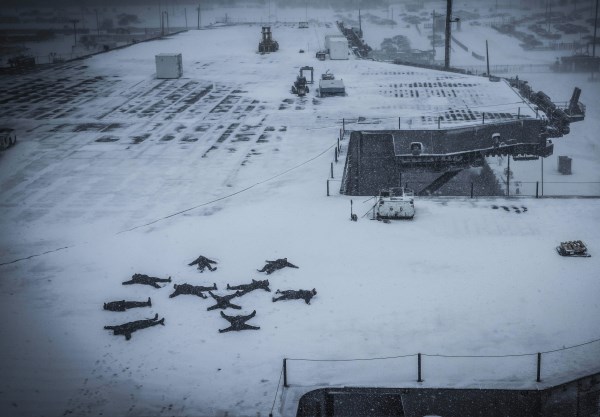 While we don't recommend making a snow angel in the middle of traffic New York's Times Square, this guy seems to be having fun regardless – lets hope he didn't become angel himself!

5Graffiti from people that are "over" winter 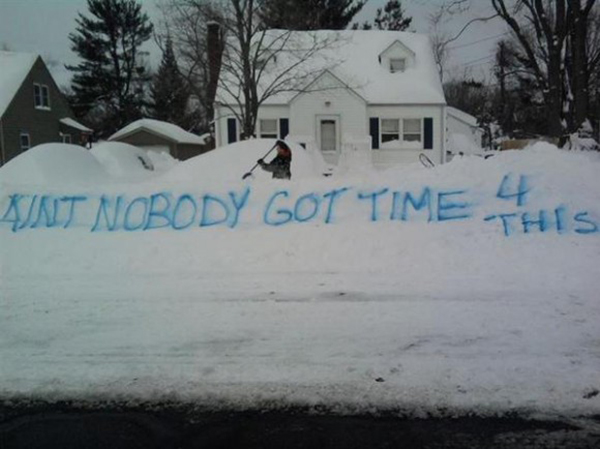 When you are in weather this cold for this long, you gotta air your grievances somehow. 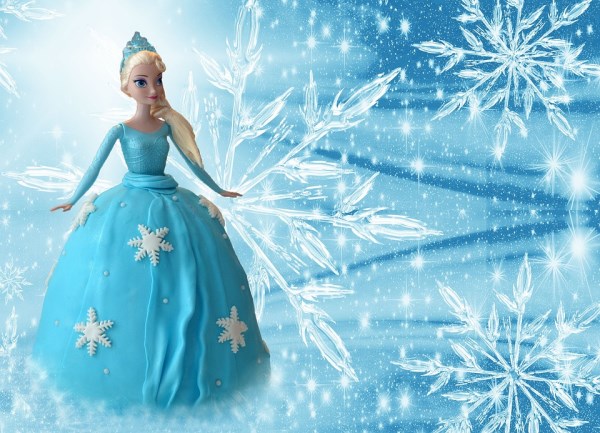 Police in Hanahan, South Carolina have "arrested" Elsa from Frozen for bringing inclement weather to the area. The princess pleaded her case in bond court, saying residents of the area aren't used to ice magic.

"It was basically just a big misunderstanding," she said. "And I told the judge he should just – let me go!" Get it?

7Teeing off from a mountain of snow 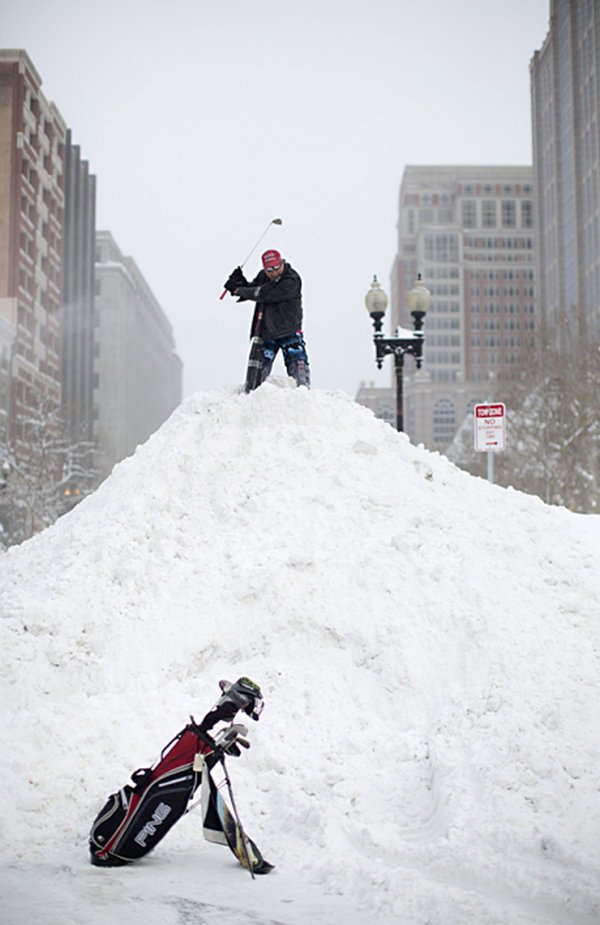 Doesn't look like this golfer will see the green anytime soon, so he's making do.

8Creating intricate designs that are gone with the next snowfall 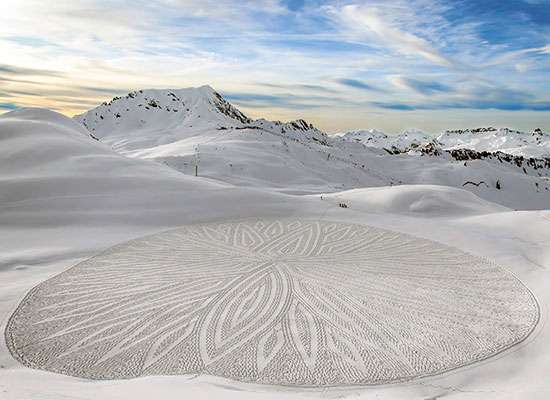 Simon Beck from Bracknell, Berkshire walks over layers of fresh snow with nothing but an expedition compass and a pair of snowshoes to create his slope styling, very temporary art.

9Selling snow to places that don't have any 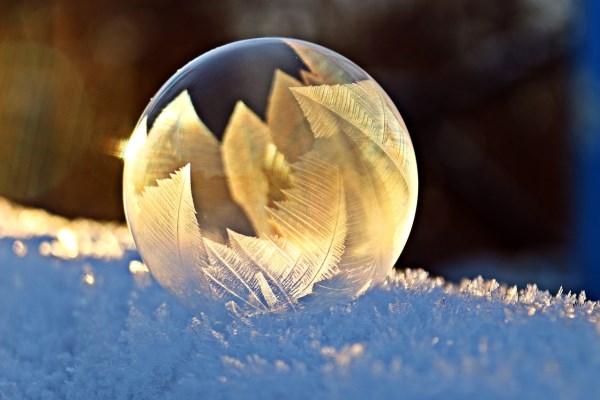 For $89, self-styled entrepreneur Kyle Waring will ship you 6 pounds of Boston-area snow in an insulated Styrofoam box, enough for 10 to 15 snowballs, he says.

It all started a few weeks ago, when Waring and his wife were shoveling deep snow from their yard in Manchester-by-the-Sea, a coastal suburb north of Boston. He joked about shipping the stuff to friends and family in warmer states, and an idea was born. His snow is, as of this writing, flying off the shelves, mostly to warmer state residents looking for gag gifts.

10Dressing up as a Yeti and wandering the streets 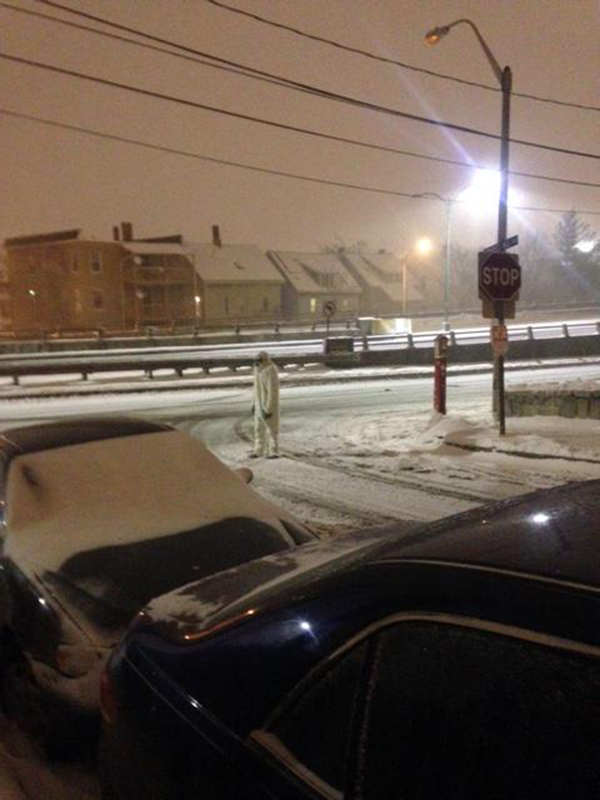 This person donned his or her best Yeti costume and took to Boston's streets during the 2015 Blizzard. And, in a sign of times in digital America, the yeti has a Twitter account.

11Jumping out of windows into the snow 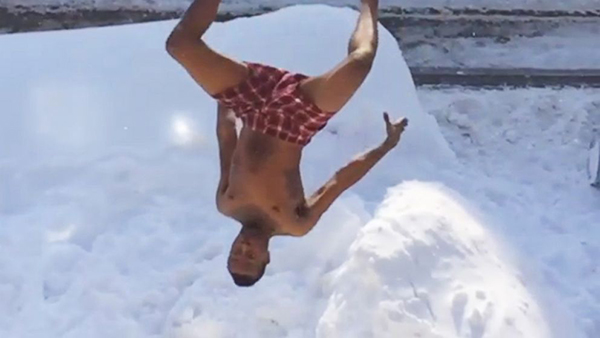 Not something we recommend, but residents of Boston definitely have cabin fever after experiencing several storms back to back. In fact, many were jumping out of windows into snowbanks in their underwear and posting their dives to social media, hashtagging their adventures as #theBostonBlizzardChallenge.

Mayor Martin Walsh addressed the incidents in a press conference saying, "The last thing we want to do is respond to an emergency call where somebody jumped out of the window because they thought it was a funny thing to do."

12Building a maze playground entirely from snow and ice 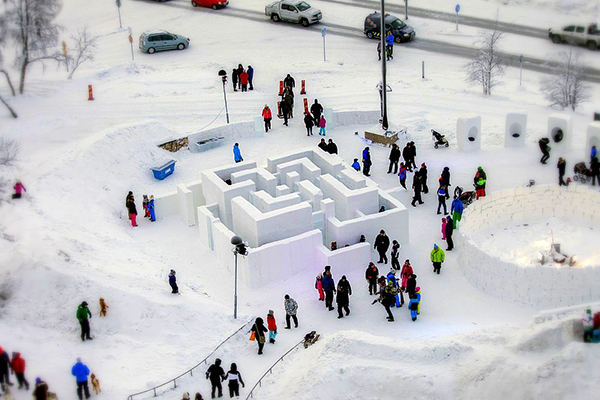 Christian Strömqvist and Karl-Johan Ekeroth, two designers with MFAs in Child Culture Design from the School of Design and Crafts in Gothenburg, are here to show parents and kids in Kiruna, Sweden that playing outside in winter isn't so scary after all with an intricately designed play environment made out of snow and ice. 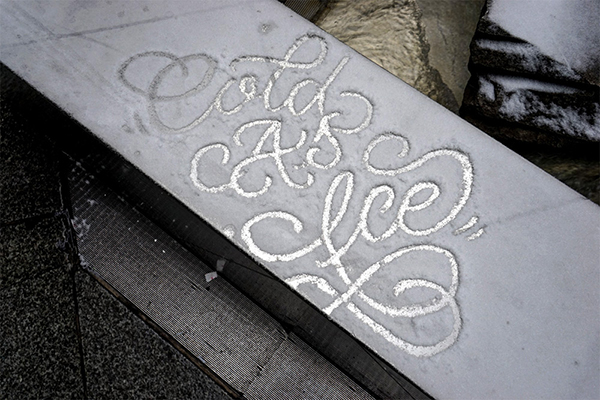 For the last few years, NYC-based graffiti artist Faust has been putting everyone's handwriting to shame with these impromptu notes drawn on snow-covered vehicles around the city. 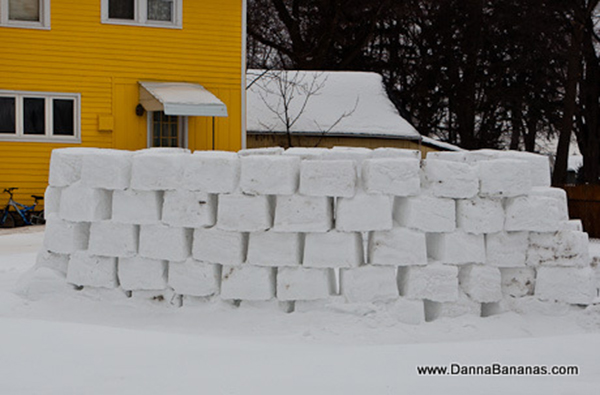 A Sno-Brick Maker is not only perfect for creating snow forts, sculptures and igloos in the wintertime, but need we say it is ideal for building sand castles in the summertime beach and the yard.

15Building an army of urban snowmen 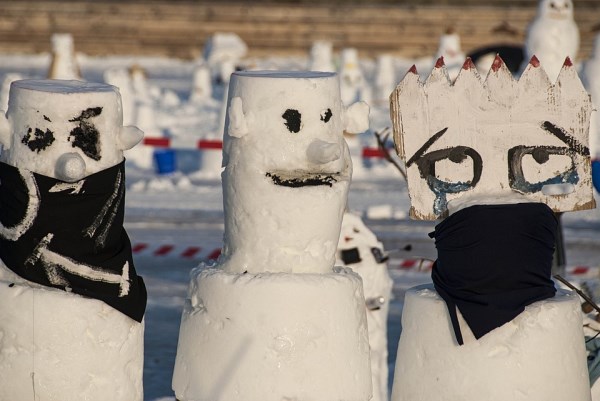 You might need a snow fort (see above) to protect yourself from this marauding army of snowman created by Swiss artist Peter Regli during a winter storm in New York.