The bicycle-eating tree is probably familiar to most residents of Washington, since it's located on Vashon Island, Washington (and won a 1994 contest to select the most unusual places or events in the Washington-Oregon area). It's been featured in Ripley's Believe It Or Not, and has also inspired a children's book by Berkeley Breathed, Red Ranger Came Calling.

The bike is now a popular tourist attraction and continues to pique the curiosity of people wondering exactly how it ended up in the center of the trunk while the tree continued its growth upwards. Trees and plants have a flexibility that enables them to wrap around objects and incorporate them into their growth.

The true story was finally revealed in this article from the December 30th, 2009 Vashon-Maury Island Beachcomer. The bike dates back to the 1950s and the kid who left it there went on to become a King County Sheriff's deputy. 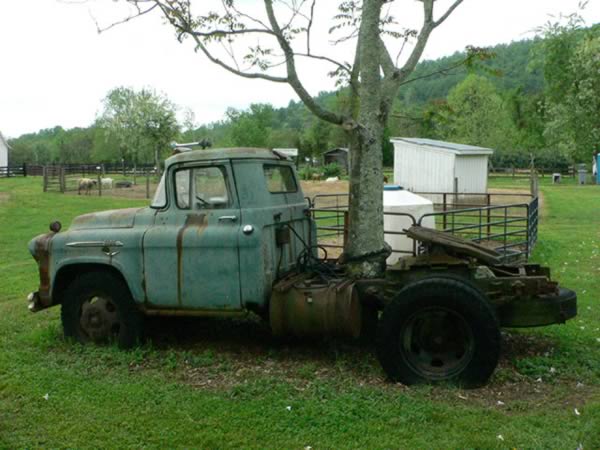 An abandoned truck, with a tree growing through it at Graves Mountain Lodge in Syria, Virginia. 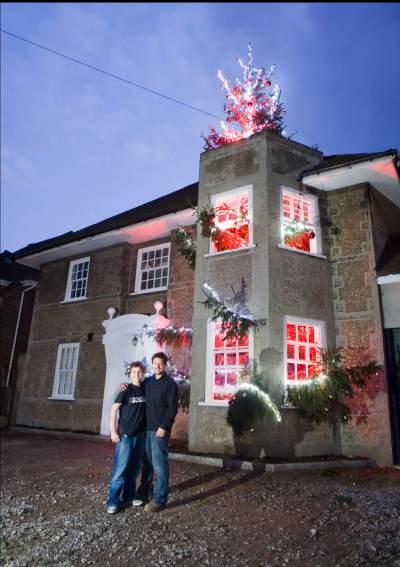 It's been dubbed one of the ''most stunning Christmas trees ever seen in suburbia." Greig Howe wanted to give his children a Yuletide they would never forget so he installed a festive pine in his Bournemouth home that is so tall it appears to be smashing through his roof. It took him two days to arrange the 10.6 meter (35ft) tree so that it looked as if it were all one piece and growing through each level.

It was achieved by cutting the trunk into three sections, then pulling the parts into place with the aid of rope and seven willing friends. Along with 160 baubles and 2,000 lights, it cost £250. 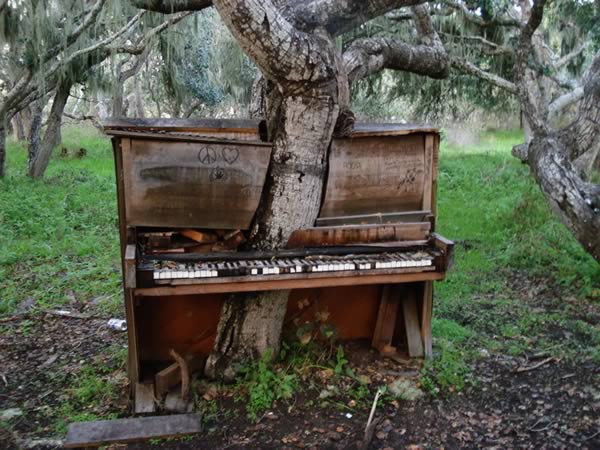 Although the piano itself is believed to be just a stage prop which was cut apart then placed around the tree behind the California State University music department by artist Jeff Mifflin, the tree continued growing and parting the timber of the piano for some time until a drunk decided to smash it up. 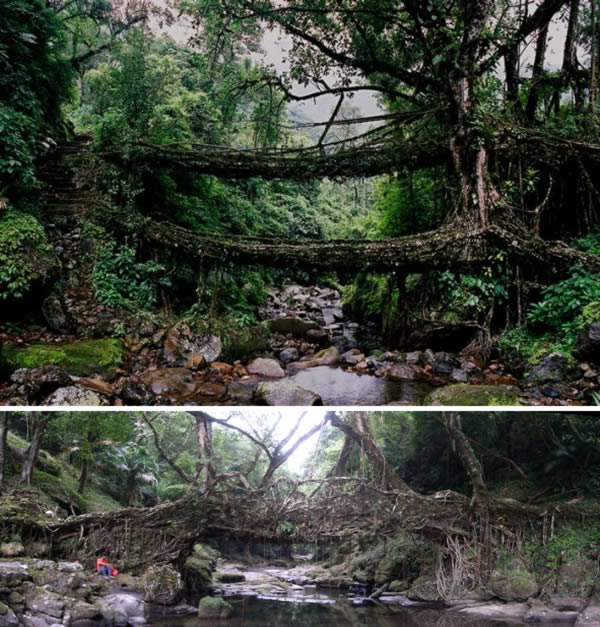 In the depths of northeastern India, in one of the wettest places on earth, bridges aren't built - they're grown. Vastly superior to man-made bridges, these are not only safe, but organic, environmentally-friendly and natural.

The living bridges of Cherrapunji, India are made from the roots of the Ficus elastica tree. They produce a series of secondary roots from higher up a tree's trunk and can comfortably perch atop huge boulders along the riverbanks, or even in the middle of the rivers themselves. These secondary roots can be trained for use as a second level to the bridge.

Cherrapunji is credited with being the wettest place on earth –  there can be many water obstacles to cross. The War-Khasis, a tribe in Meghalaya, long ago noticed this tree and saw in its powerful roots an opportunity to easily cross the area's many rivers. Now, whenever and wherever the need arises, they simply grow their bridges.

The root bridges, some of which are over a hundred feet long, take ten to fifteen years to become fully functional, but they're so extraordinarily strong that some of them can support the weight of fifty or more people at a time. Pretty impressive! 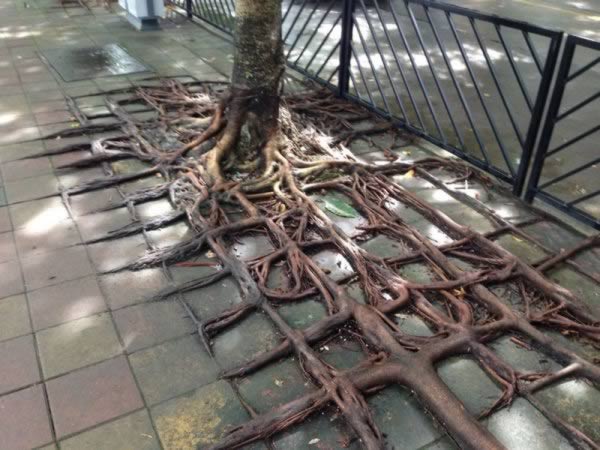 This amazing root formation in Guangzhou, China was spotted by Redditor question_ev3rything. The persistent tree has pushed its away into the orderly, grid-lined human world. 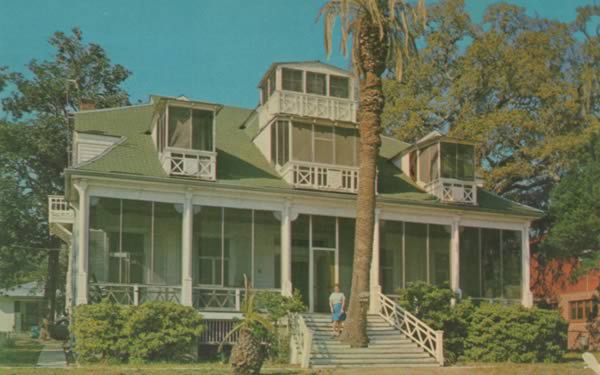 This is a photo of the Father Ryan House in Biloxi that was completely destroyed by Hurricane Katrina. The rather dry National Register description of the house doesn't mention the most distinctive and obvious character trait of Father Ryan – the palm tree growing through the front steps. The bed and breakfast that operated in the house in its later years still has a working website, which is bittersweet in its use of the present tense.

Today only the palm tree remains, shorn of its stairs. 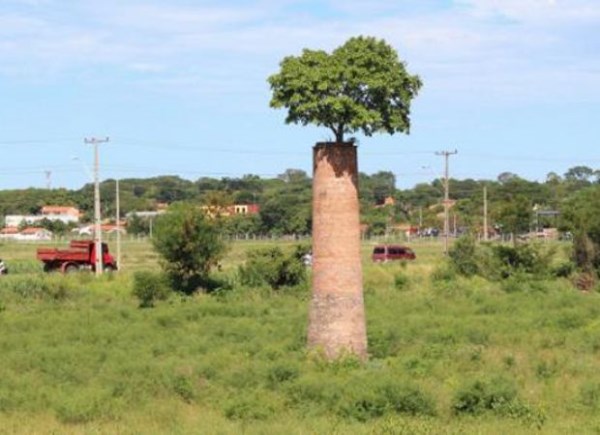 A tree grows from the top of a chimney in an abandoned factory yard in Luque, on the outskirts of Asuncion, Paraguay, on October 2, 2011. (AP Photo/Jorge Saenz) 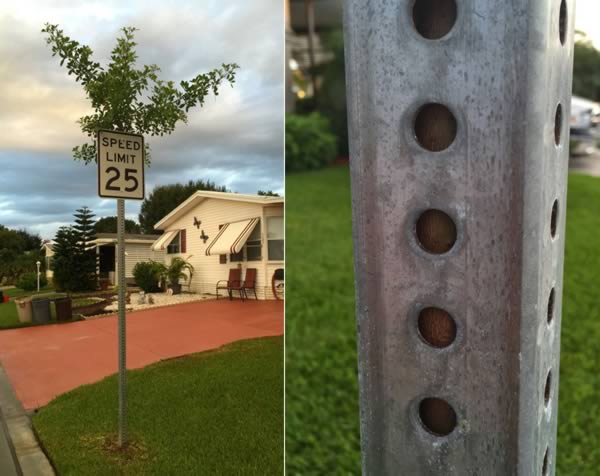 Reddit user Swingguitars was visiting his wife's grandparents when he noticed this resilient tree growing straight through a speed limit sign. The tree was spotted in the Florida retirement community of Barefoot Bay. 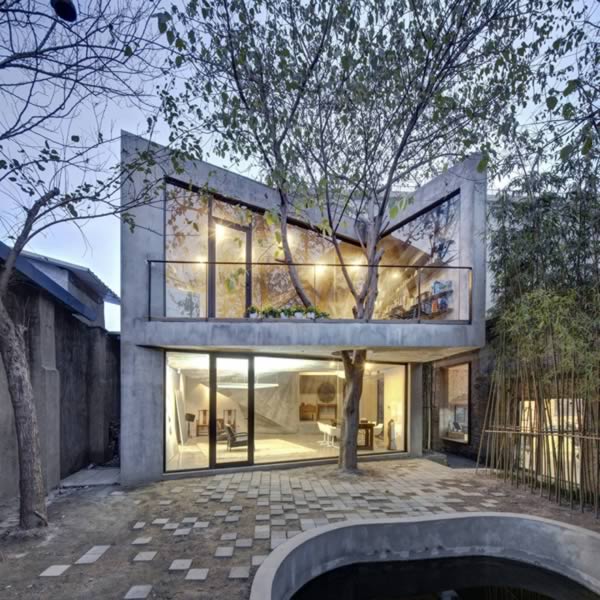 In Shanghai, China, you'll find this amazing abode designed by the Archi-Union Architects. Called the Tea House, it measures over 3,000 square feet and is made of recycled materials, mostly from the original structure's salvaged parts.

Another highlight of the structure is the outdoor area with stunning view of the huge tree growing through the balcony's center. 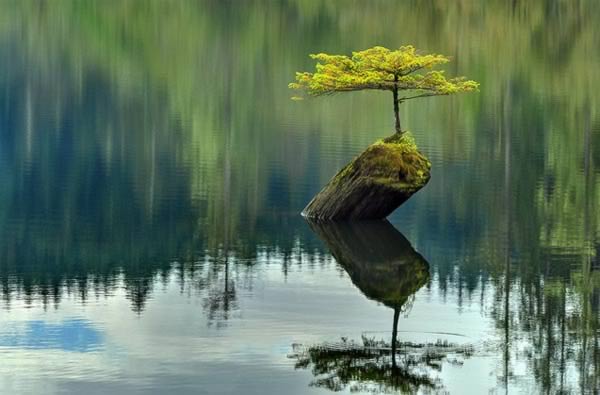 Here is an amazing shot captured by photographer Ireena Worthy in which we see a small fir tree (which has become a bonsai) growing atop a dead log in the waters of Fairy Lake, which is near Port Renfrew on Vancouver Island in British Columbia, Canada. 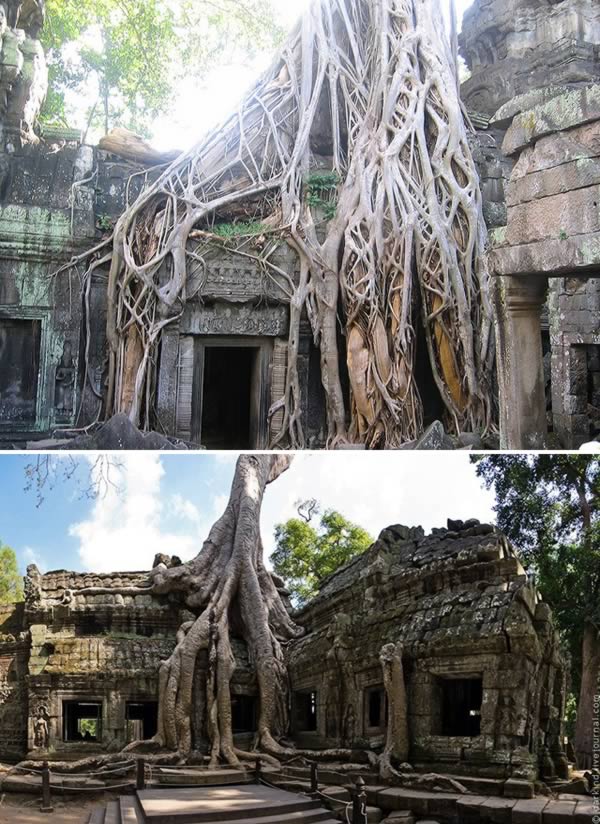 Ta Prohm is a temple at Angkor, Cambodia, built in the late 12th and early 13th centuries. Located approximately one kilometer east of Angkor Thom and on the southern edge of the East Baray near Tonle Bati, Ta Prohm has been left in much the same condition in which it was found. Huge trees, reminiscent of ancient redwoods and oaks, are blended into the walls, while rocks hugging the giant roots give the temple a surreal appearance. The photogenic and atmospheric combination of trees growing out of the ruins and the jungle surroundings have made it one of Angkor's most popular tourist attractions.

The temple of Ta Prohm was used as a location in the film Tomb Raider. Although the film took visual liberties with other Angkorian temples, its scenes utilizing Ta Prohm were quite faithful to the temple's actual appearance.