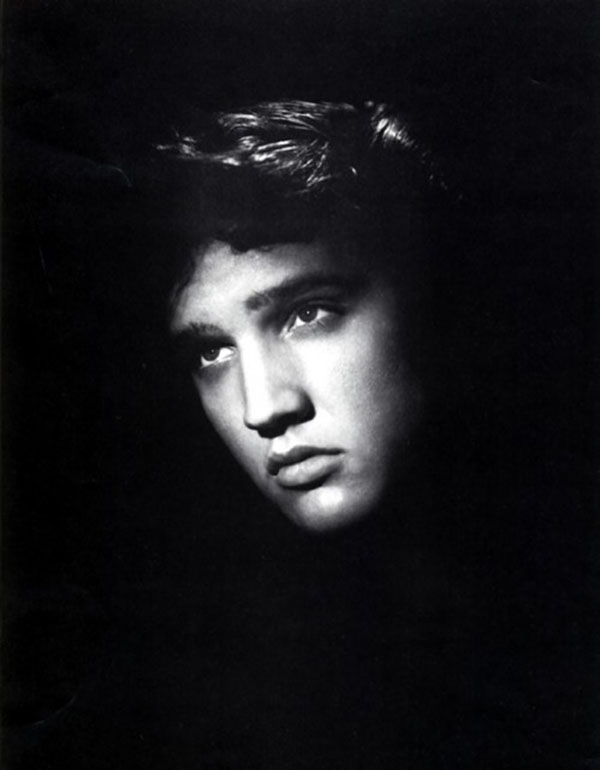 Elvis Presley was a shy teen when he first showed up at photographer William Speer's studio in 1954.

Speer became known as "the man who shot Elvis," but he was already a professional photographer who took his influence from the black and white movie glamour shots he saw in his youth.

He knew Elvis was special the moment he walked in. “It felt like an electrical charge in the room. He had an electric charge, an animal magnetism - and a charisma," added wife Vacil Speer. "You can tell the famous ones or the ones who are going to be famous. They stand out in a room without you even knowing who they are." 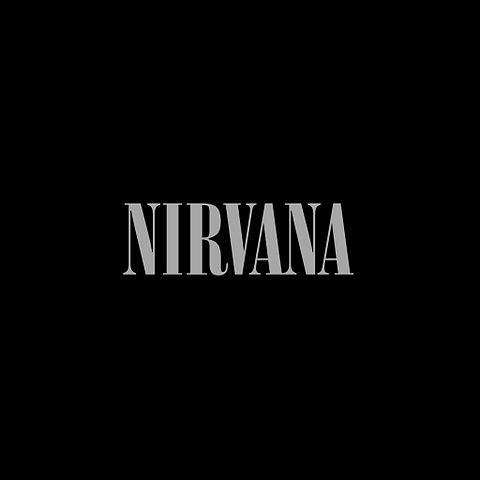 "This is a back to nature shot with Nirvana for a promo shoot for their first LP, 'Bleach.' They found the idea very silly and Krist (Novoselic) started acting out, cracking up Kurt (Cobain)," said Peterson. 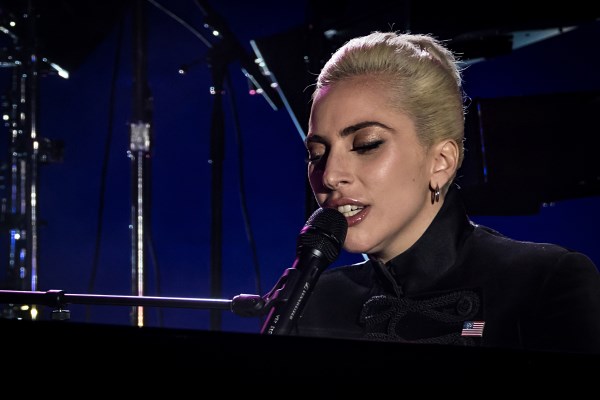 In 2005, Lady Gaga was Stefani Germanotta, a 19-year-old waitress in a West Village restaurant. She worked alongside bartender and budding photographer, Malgorzata Saniewska.

While the two weren't really close, Saniewska knew Gaga was talented and offered her a photo shoot. The girls used Gaga's parents home as a backdrop.

Saniewska shot around 200 photos and Gaga was pleased with the result – she used some of them for her promotional materials at that time.

In 2010, the former co-workers ran into each other on the street in New York's East Village. Saniewska said of the now world famous star: "She's still the same girl. The fact that we ran into each other and she came up to me - she didn't say 'Hi' and run off. She stood there for 15 minutes, just chatting. She remembered my name, she remembered who I was, and she had so much to say. She's still the same person to me." 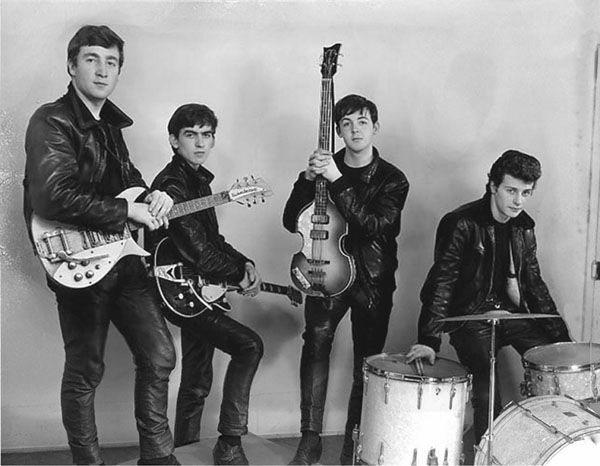 The Beatles had been photographed several times before by Astrid Kirchherr and Jurgen Vollmer in Hamburg, but the above photo is from their first contractually arranged and paid for session in 1961.

Local wedding photographer Albert Marrion was chosen by manager Brian Epstein to shoot the boys, but he was reluctant - he was, after all, a wedding photographer. Studio partner Herbert Hughes refused to photograph the Beatles – he wanting nothing to do with the beat group.

Marrion took about 30 shots of the band that day, but discarded half because of "Lennon and McCartney acting up and spoiling the pose." Obviously, that was a choice he would later regret.

5The suburban teen who became a hip hop superstar 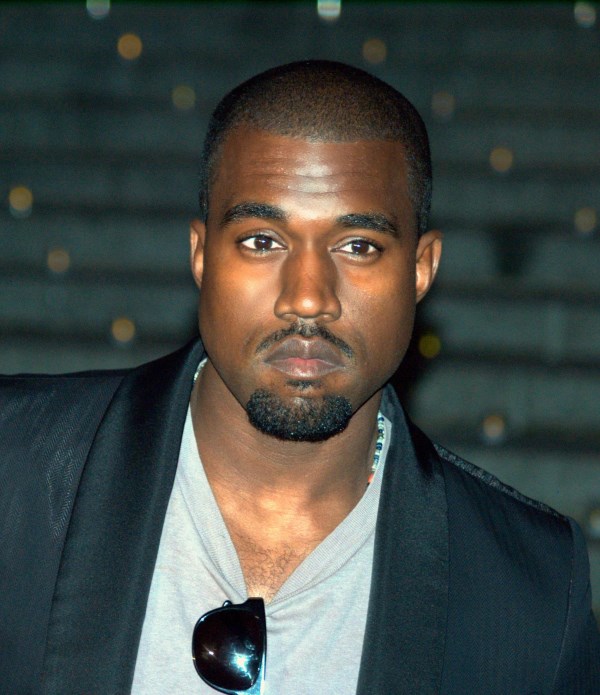 Long before the Kardashians and hip hop stardom, Kanye West was just an ambitious high school kid with a dream. Yeezy's net worth is currently around $100 million, but he had a modest middle-class upbringing in suburban Illinois, as the above photo (and the photos in the source below) shows.

6The Australian country girl who transformed into a chart topping rapper 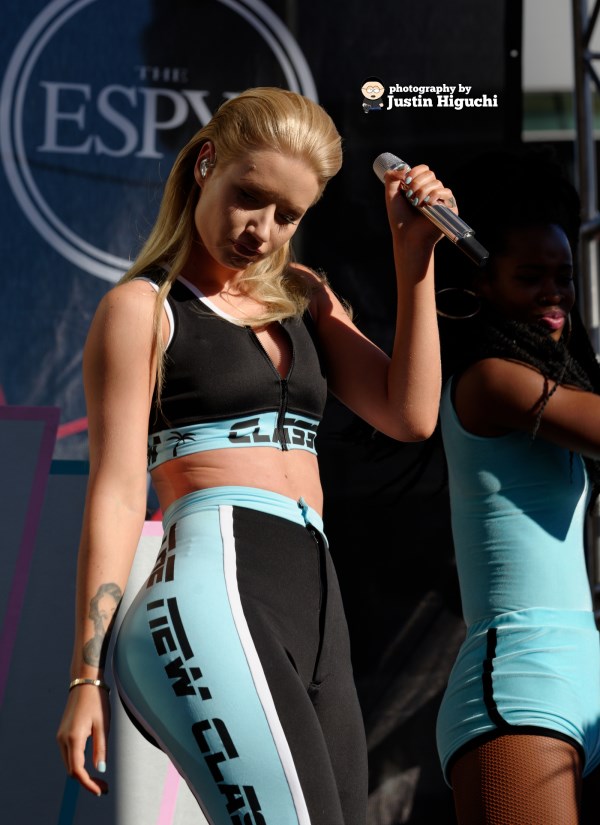 Australian rap artist Iggy Azalea had the hit of summer with her 2014 single, "Fancy."

Over the years, she has made quite the transformation musically as well as image-wise, as this still from her first photo shoot shows. In 2008, Azalea was 18 when she posed for photos taken in the Australian beach town of Byron Bay, two years after she left school.

Iggy, who's real first name is Amythest, dropped out of her school in the New South Wales country town of Mullumbimby at the age of 16. She made her way to Miami where she supported herself by cleaning houses, and has since gone on to become the first artist since the Beatles to achieve the first and second place spots in the Billboard charts with the hit songs "Fancy" and "Problem."

Check out one of Iggy's look and sound, pre-fame:

7The shy, bespectacled pub pianist who became a worldwide sensation 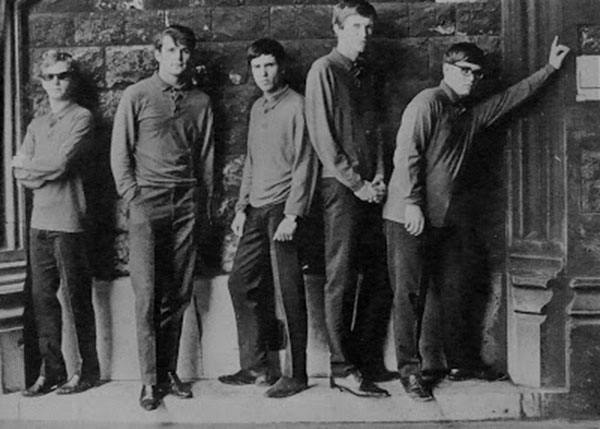 Before becoming a legendary solo artist, Elton John (formerly Reginald Dwight) was a pub pianist who later joined bands such as The Corvettes and Bluesology, a blues groupe who was led by 6'7" singer Long John Baldry (and where Elton John acquired the “John” part of his name.)

Elton also tried out for King Crimson and Gentle Giant as a vocalist before hitting it big on his own, but didn't get either gig. Not exactly the worst thing in hindsight.

8The skinny teen who would later become "The Boss" 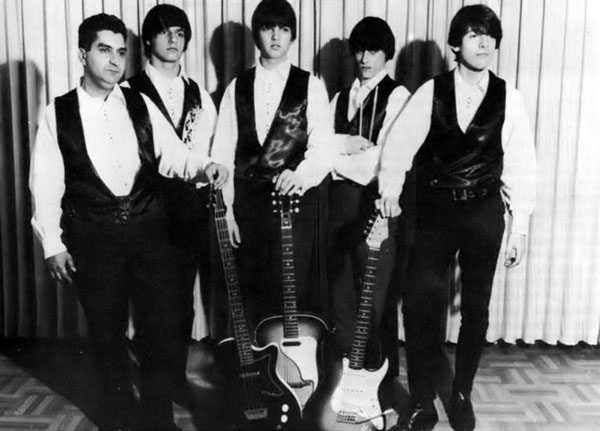 Check out this promotional photo of The Castiles taken in late May 1965 which shows the first lineup of the band. Left to right: Frank Marziotti, Paul Popkin, George Theiss, Vinny Maniello and Bruce Springsteen. That's right, that skinny kid leaning on his guitar on the right would one day grow up to be The Boss. 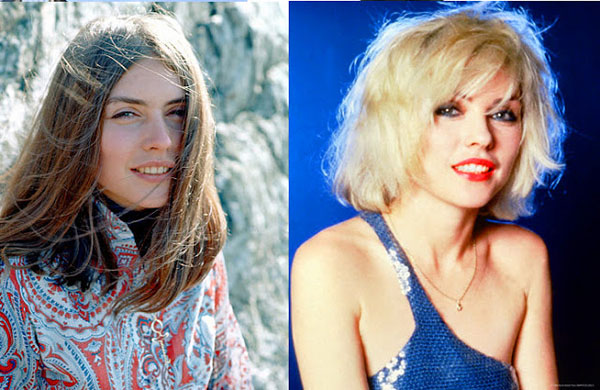 Before Debbie Harry and Blondie took the world by storm in the late 70s, Harry was back-up vocalist in the folk-rock group, The Wind In The Willows. She did get to sing lead on a couple of tracks on the only album the band ever released.

10The legendary guitar virtuoso who played the Nashville club circuit 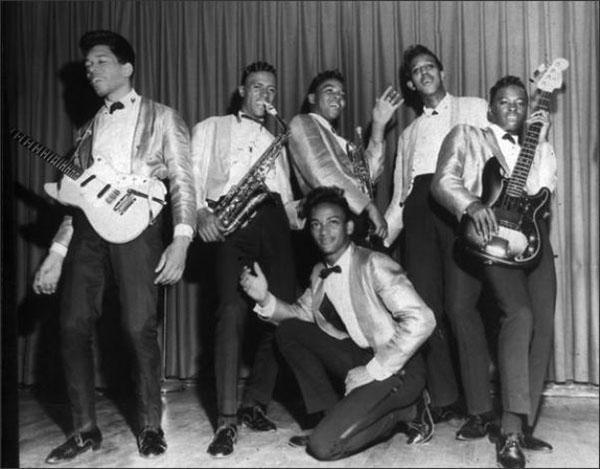 The band played the Nashville club circuit for a while before Hendrix began a career as a session musician with the Isley Brothers' backing band, and later with Little Richard with whom he continued to work through mid-1965.

Check out Hendrix in his first ever TV appearance on Night Train in 1965. 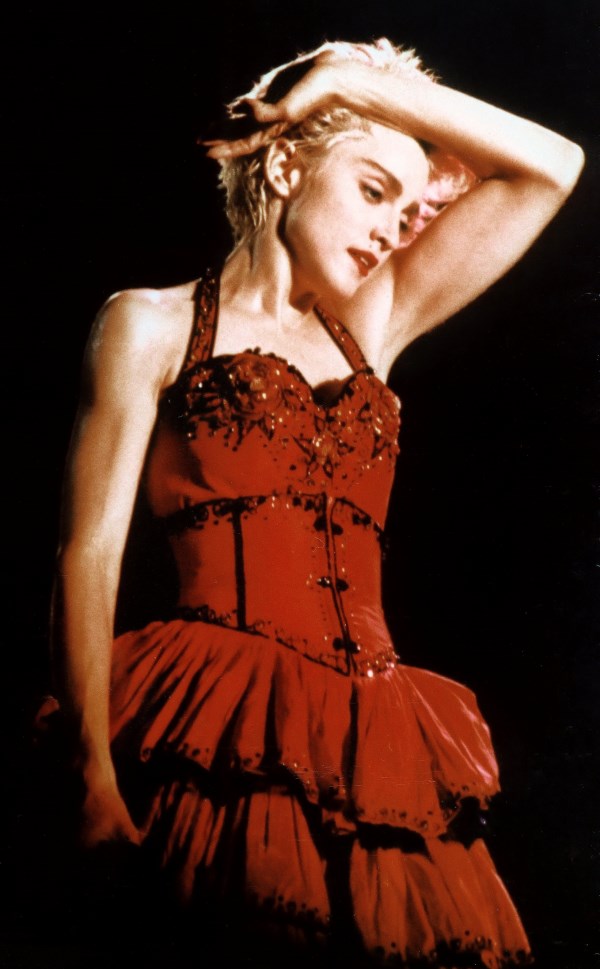 Photographer Richard Corman recalled meeting Madonna in the summer of 1982 at her apartment on the Lower East Side. During the spontaneous shoot, the young singer poised in and around her apartment with her boombox, a few kids (trying to look tougher than they were for the camera) and elderly locals.

Corman later described her as "absolutely the pied piper of the neighborhood, and all of the kids sang and danced with her on the rooftop almost daily. She carried her boombox up to the roof – the kids would hear the music playing and run upstairs to dance with her as she sang, and listened to her demo tapes."

12The Texas blues band that played the prom 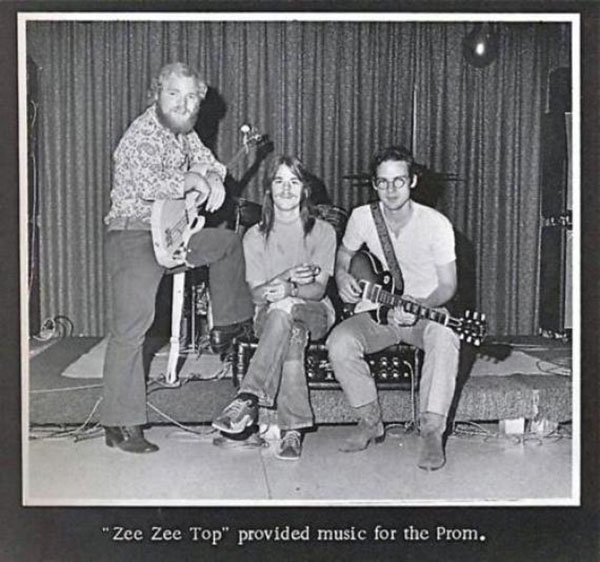 The men of ZZ Top – Dusty Hill, Frank Beard and Billy Gibbons– played the prom at Little Cypress-Mauriceville High School in Orange, Texas, sometime around 1970 or '71. One Redditor, who replied to the thread where the photo first appeared, said that his dad was in attendance at the prom and "some time between signing the contract to play for the dance and the actual prom itself, the band broke out big. They tried to get out of the contract, but the school couldn't find a replacement on such short notice so ZZ Top still performed. My dad said that people were climbing through the windows, crashing their prom, just to hear the band play." 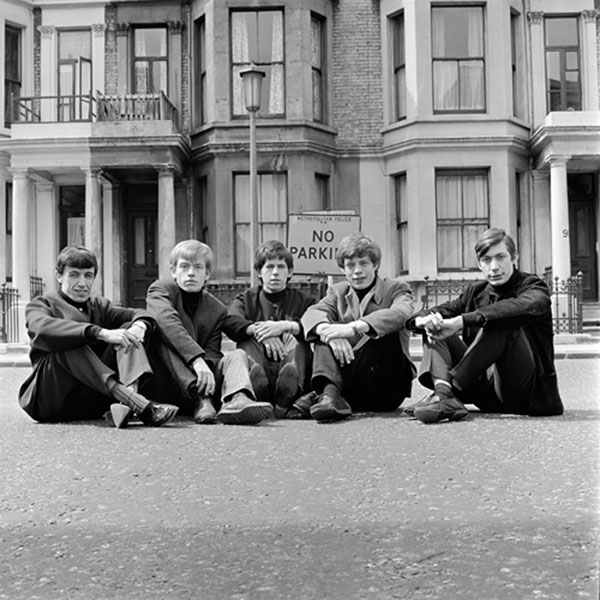 Whether they are "the greatest rock 'n' roll band in the world", or just one that has been around the longest, The Rolling Stones were just a bunch of starving kids when they were first photographed around London in 1962 by celebrity photographer Philip Townsend.

Townsend revealed the boys were broke, starving and in search of a record deal when he shot the photo above. He brought them barbecued chicken before sticking them in the middle of Ifield Road with a no parking sign behind them for their very first photo as a group.

If you guessed Bruno Mars was the tiny Elvis impersonator in the above photo, you guessed correctly.

At six-years-old, Mars was the youngest professional Elvis impersonator in the world. Mars, who back then went by the last name Hernandez, was born to parents who were so obsessed with Elvis that they opened up a store called Elvis Elvis Elvis in their hometown Waikiki, Hawaii. Little Bruno was soon encouraged to snarl and swivel his hips like The King, and the rest is history.

Check out his first interview from 1992: