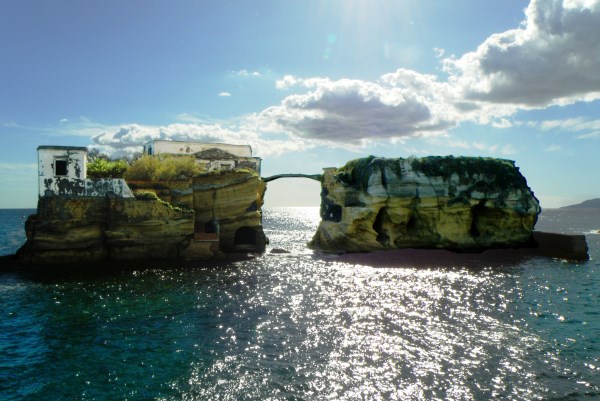 The Isola La Gaiola, off the coast of Naples, Italy, is rumored to be cursed.

Picturesque cobblestone streets dot the stunning island (which is actually compromised of two minor islands linked by a bridge), but Gaiola is uninhabited, as many of its former owners have met with extremely bad luck or untimely deaths.

The curse dates back to the 1920s when Swiss owner Hans Braun was found dead; his body wrapped in a rug. His wife drowned in the sea surrounding the island a few months later. The next resident, a German named Otto Grunback, died of a heart attack while staying in the villa. Another owner, pharmaceutical industrialist Maurice-Yves Sandoz, committed suicide in a mental hospital in Switzerland.

German steel magnate and island resident Baron Karl Paul Langheim ended up in economic ruin. His tenure was followed by that of Gianni Agnelli, the head of Fiat, whose only son committed suicide. Multi-billionaire Paul Getty had his grandson kidnapped after buying the island, and the last owner, Gianpasquale Grappone, was thrown in jail for insurance fraud in 2009.

Since then, the island – save for a few swimmers and adventurers – sits abandoned. 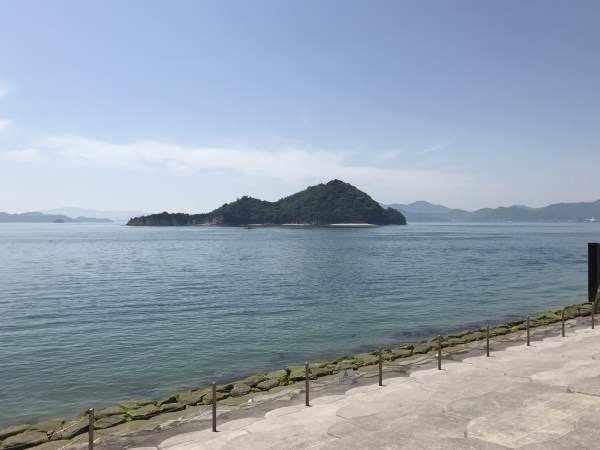 ?kunoshima Island, also known as Usaga Jima or "Rabbit Island," is home to hundreds of friendly, feral rabbits that hide the island's much darker history – or they may be connected to it, depending on who you ask.

The island was a production site for Japan's chemical weapons before and during the second world war. Between 1929 and 1945, the Japanese army secretly produced over 6,000 tons of poison gas at ?kunoshima. During that time, a colony of rabbits was brought to the island to test the poison.

While some believe the current crop of rabbits is related to that original group, other believe they are the descendants of rabbits brought to the island by school children during the '70s.

The island is a popular tourist resort with a small golf course, camping grounds and beautiful beaches, and tours are also given of the now derelict poison gas facilities, but it's the bunnies people come to see.

Check out a tourist get smothered by bunnies below: 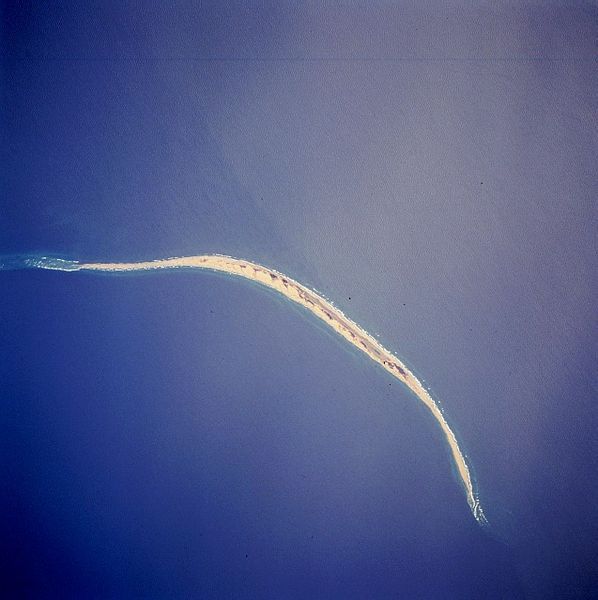 Sable island, 100 miles off the coast of Nova Scotia, sits smack dab in the middle of what is known as "The Graveyard of the Atlantic."

Only 42 km in length and just 1.5 km wide, the island has been the site of approximately 475 shipwrecks and is currently home to over 400 wild horses. Long ago left behind by sailors or cast ashore by wrecks along the sandbars, these horses managed to survive – and thrive – on an island with no trees, and only sea grass and rainwater for sustenance.

Sable island has never been permanently settled, but has, at times, been occupied by shipwrecked sailors, transported convicts, pirates and wreckers. It became Canada's 43rd National Park on June 20, 2013.

4The Mexico City island that is littered with derelict dolls 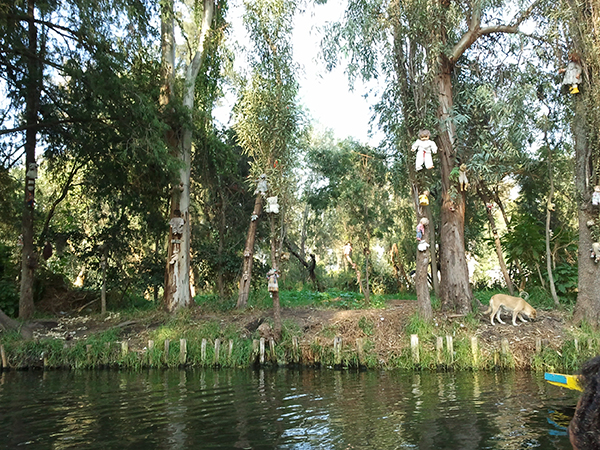 La Isla de las Muñecas, also known as "The Island of the Dolls," is located in the canals of Xochimico, near Mexico City. It is a shrine dedicated to a little girl who died in the canals under mysterious circumstances - or is it?

The island's former resident, Don Julian, was preaching the word of God on Mexico City streets at a time (during the 1950s) when it thought that only the anointed could do so. He was beaten up repeatedly and started combing dustbins for dolls, in an attempt to ward off evil spirits. He then left his wife and children behind and moved to the island, where he lived for the next 50 years.

While the story of a girl drowning in the canals has never been proven, Don Julian claimed he collected and hung dolls in the area to keep demons from getting to her in the afterlife.

Don Julian's story came to a strange close in 2001. He ironically drowned in the canals near the island where he'd always claimed the little girl had died. His son maintains the doll collection and welcomes the throngs of tourists who continue to visit the island to this day.

5An inhospitable Brazilian island that is home to 2000 venomous snakes 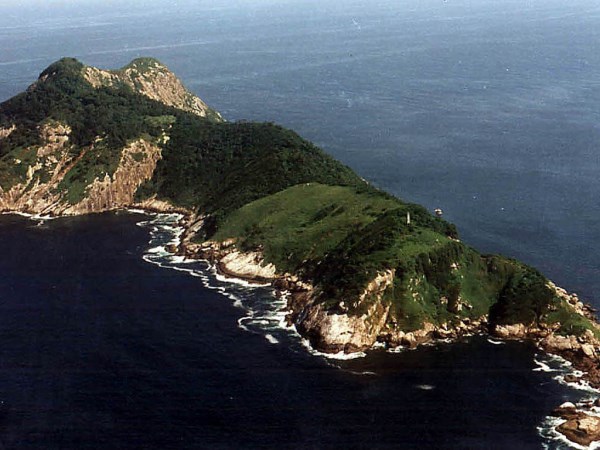 Ilha de Queimada Grande, also known as "Snake Island," is located about 90 miles from the city of São Paulo, Brazil.

It's estimated anywhere from 2000-5000 snakes live on the 106 acre island. The Golden Lancehead Viper (Bothrops insularis), one of the most venomous snakes in the world, is the island's sole snake inhabitant.

Venom from the Golden Lancehead is said to be three to five times stronger than that of any mainland snake and is capable of "melting human flesh."

The snakes live on the many migratory birds (enough to keep their density remarkably high) that use the island as a resting point. The Brazilian Navy has expressly forbidden anyone from landing on the island with the exception of scientists due to the danger.

6A stunning Pacific atoll is also a cursed paradise 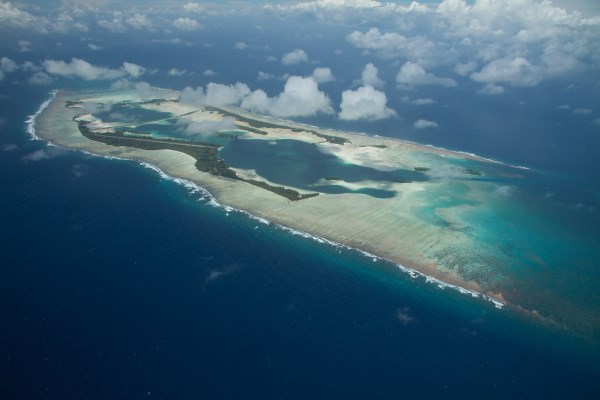 Palmyra, an idyllic paradise in the north Pacific, is known for its stunning beauty, but also has a reputation as being a cursed place imbued with evil.

While commonly referred to as an island, Palmyra is actually an atoll – a ring formed by coral formations growing along the rim of an ancient sunken volcano. Halfway between Hawaii and American Samoa, the atoll has no permanent residents, but it has a diversity of wildlife, and is home to a vibrant, thriving coral reef system.

Sounds like an ideal place to get away from it all, right? Not so fast. The atoll has been dogged by stories of supernatural events, curious mysteries, and unexplainable happenings since it was discovered in 1798. Those that have landed here have reported an impending sense of doom or seeing lights and jutting coral reefs where there was nothing moments before. As yachtsman Richard Taylor, who spent some time on the island in 1977, said, "I had a foreboding feeling about the island. It was more than just the fact that it was a ghost-type island. It seemed to be an unfriendly place to be. I've been on a number of atolls, but Palmyra was different. I can't put my finger on specifically why, but it was not an island that I enjoyed being on."

Then there's the mysterious and grisly double murder of a couple visiting the island in 1974. Malcolm "Mac" Graham III, 43, and Eleanor LaVerne "Muff" Graham, 40, were yachting around the Pacific on their impressive sailboat called the Sea Wind, and they had unfortunately chosen the wrong island to camp on. Buck Duane Walker, an ex-con, had also sailed to Palmyra that summer with his girlfriend, Stephanie Stearns. The Grahams soon disappeared. Walker and Stearns sailed the Sea Wind back to Hawaii and upon anchoring, were arrested for boat theft. Six years later, the bones of Muff Graham washed up in Palmyra. Mac's body was never found. Buck Sterns was convicted of Muff's murder in 1985.

Currently, the only known residents of Palmyra are climate scientists that are sometimes stationed on the atoll and the occasional thrillseeker. 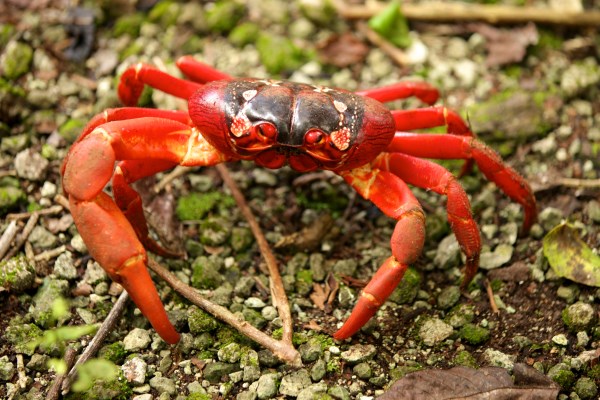 Christmas Island is an Australian territory located in the Indian Ocean. The approximately 135 square kilometer island was named after the day it was discovered in 1643.

63% of the island is a protected Australian national park and is the perfect forest ecosystem for the Christmas Island red crab. Most of the year, the crabs live under the moist forest canopy, but during the rainy season the crustaceans leave their inland burrows and head to the sea to spawn.

Of the 14 species of land crab on the island, the red crag is the most abundant. The nearly 120 million crabs make the treacherous five mile, month long journey to the ocean annually, facing death through dehydration, a gauntlet of dangerous roads and yellow crazy ants (introduced to the island by cargo ships). Super-colonies of ants terrorize and blind the migrating crabs.

Once in the water, the crabs mate and the males head back to the forest. The females then give birth to millions of crablings who then make their way to the forest, continuing the cycle of life.

8Vulcan Point is known as the "Inception" of islands

Vulcan Island or Vulcan Point, located in the Philippines, is the geographical equivalent to the 2012 film, Inception. How, you ask?

At the top of the volcano is a basin, also known as a caldera. The caldera is filled with water and creates a crater lake, the largest of its kind in the world. At the center of the crater lake is a tiny island, Vulcan Point, which is one of the Taal Volcano's cones. 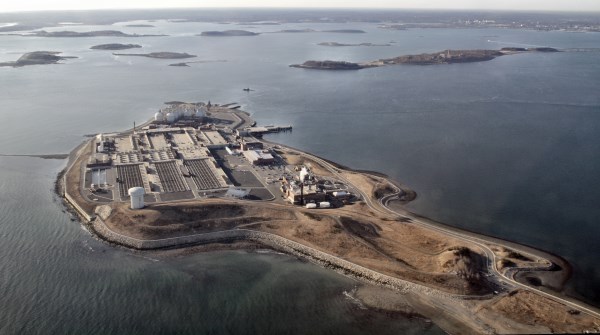 Deer Island is one of the American islands in the Thousand Islands located within the Saint Lawrence River, in the town of Alexandria, close to Alexandria Bay, New York. It is also the home of Yale undergrad senior secret society, Skull and Bones. (Prominent alumni include former President and Supreme Court Justice William Howard Taft, former Presidents George H. W. Bush and his son, George W. Bush and John Kerry, U.S. Secretary of State and former U.S. Senator, just to name a few.)

With such wealth and power behind the group, you would think their private island would possess Bohemian Grove-level opulence and debauchery, but that doesn't seem to be the case.

While Bonesmen remain tight-lipped on the details of their private retreat (all members are required to visit Deer Island as part of their initiation), there have been some that have reported the area to be a run-down "dump," with at least three ruins on the island, each a burnt down cottage. Seemingly the only structure still standing is one wooden cottage on the water.

Is the island's decline indicative of the society's dwindling fortunes and power, or has the "dressing down" of the island leaked disinformation to make the society seem more innocent than it really is? Deer Island, like Skull and Bones, remains shrouded in mystery.

10The island where cats are considered good luck 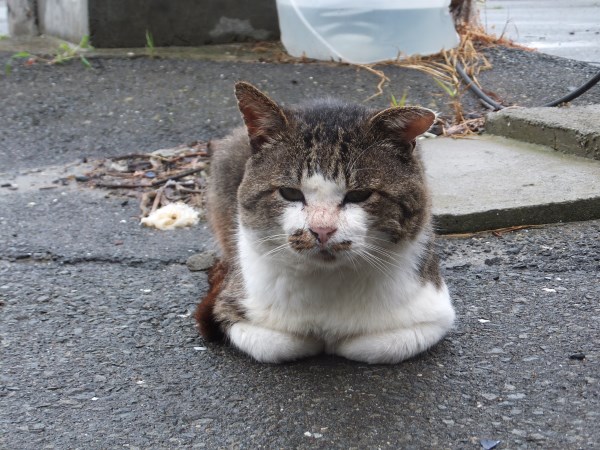 Cat Island has approximately 100 human residents (the majority of whom are over 60), but the place really belongs to the felines. The cats were introduced during Japan's late Edo Period –from the mid-18th to the mid-19th century – to keep mice away from the island's silkworm farms. When industry left the island, so did the majority of inhabitants. The cat population exploded as the human population dwindled.

Tashirojima was and is still sustained by the fishing industry. Fishermen kept the kitties in food and a mythology soon built up around them – the fishermen came to believe they were good luck and built a shrine to their furry friends.

Tourists are welcome to stay overnight in cat-shaped cabins between April and November, but remember – there are no dogs allowed.