I used the word "town" in the title to describe most of these places because they are described as such in much of the source material. The term is simply a "catch all" for the village, settlements and hamlets described below. 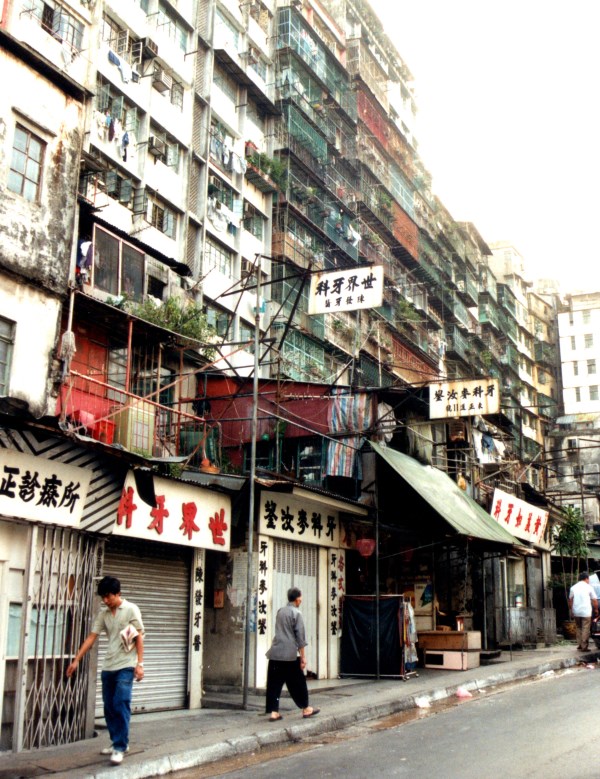 Though Kowloon Walled City in Hong Kong was demolished in 1994, it is still believed to have contained the highest population density of humans anywhere on the planet. At only 6.5 acres, anywhere from 33,000 to 50,000 people lived within its walls.

Founded as a Chinese military fort during the mid-1600s, the fort was ceded to the British in 1898. After WWII, China announced its intent to reclaim the Walled City and refugees poured in. By 1947, there were 2000 squatters. The British failed in their attempts to remove them and generally left the Walled City alone.

By the 1950s, with both the Chinese and the British adopting a "hands-off" policy toward Kowloon, it became a haven for crime and drugs and by the end of the decade was virtually ruled by the organized crime syndicate known as Triads. It wasn't until the early '80s that crime in Kowloon was under control.

Kowloon saw a rise in construction in the 1960s and '70s. Residents were free to build their dwellings as they wished, ignoring safety codes. People lived as they would anywhere else, despite the overcrowding and squalor. Deep within the buildings, a variety of small businesses even flourished.

Despite lower crime rates, British and Chinese officials found the living conditions intolerable and plans were made to demolish the buildings. Many residents protested, but the government spent $2.7 billion (Hong Kong dollars) in compensation and evacuations started in 1991. They were completed in 1992.

Construction work on Kowloon Walled City Park started the following month. It was completed in 1995.

2A retirement community rife with scandal and STDs 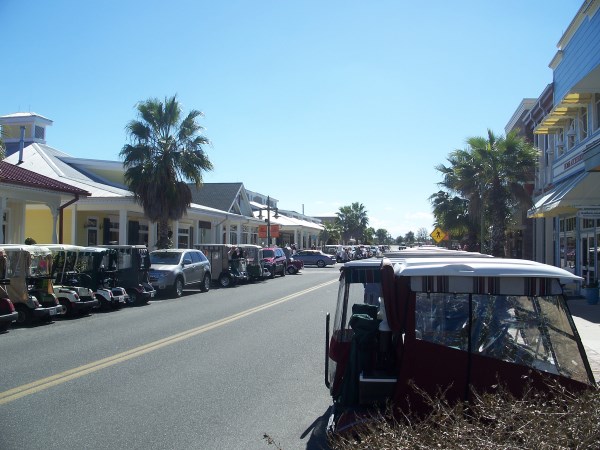 Welcome to the The Villages, the largest gated retirement community in the world.

The Villages is home to more than 100,000 people over age 55. The fastest growing metropolitan area in the US has more golf carts than cars and no children are allowed.

Sounds like the idyllic retirement community, right? Well, just beneath the tranquil surface lies scandal. The place that likes to bill itself as “America's Friendliest Hometown” has seen a huge increase in sexually transmitted diseases.

Despite the fact that the community boasts 34 golf courses, nine country clubs, two downtown squares and a slew of restaurants and bars, getting lucky is one of the residents' primary pastimes. Unofficially dubbed "Disney World For Old People," there are 10 women to every man and there is a black market for Viagra.

Outdoor sex is rampant and the seedy side of the community was put in the national spotlight in 2014 when Peggy Klemm, 68, was arrested for public indecency and intoxication after allegedly having sex with her 49-year-old lover, David Bobilya, in a public square.

“We've had some complaints,” said a laughing Lt. Laurie Davis of the Lady Lake Police Department ticking off other offenses, like drunken driving in golf carts, illegal drug use, and bar fights. “You see two 70-year-olds with canes fighting over a woman and you think, ‘Oh, jeez.'"

3Every inch of this slum city is filled with trash 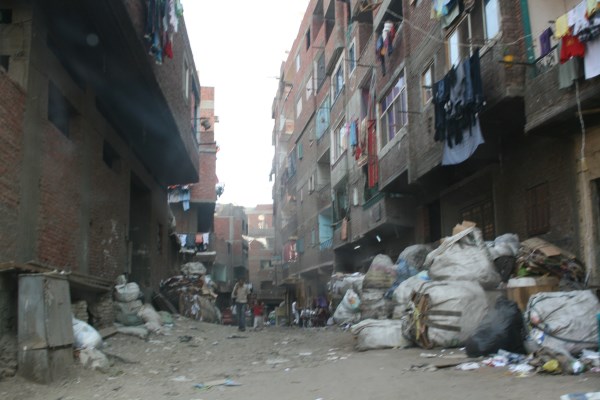 The city of Cairo has never established an efficient garbage collecting system. Instead, residents of Manshiyat Nasser have filled the void successfully for 70 years.

This slum city is notable for having every square inch covered in garbage and is home to 60,000 inhabitants. These informal garbage collectors, known as the Zabbaleen (or "garbage people"), collect trash from Cairo residents in a door-to-door service before transporting it via donkey carts and pick up trucks to their homes in Manshiyat Nasser. There, they sort out the recyclables with a 90 percent success rate, which is four times the amount Western recycling companies produce.

The lives of Manshiyat Nasser's inhabitants were changed significantly when in 2003 the Cairo municipal government hired private companies for garbage disposal which the Zabbaleen now have to compete against. In 2009, in a preventive measure against swine flu, the government then ordered the culling of all 350,000 pigs in the slum city. Pigs were important to the Zabbaleen, since they cleared the garbage of all organic waste.

For more on Manshiyat Nasser, check out the 2009 documentary Garbage Dreams:

4The upstate New York town that talks to the dead 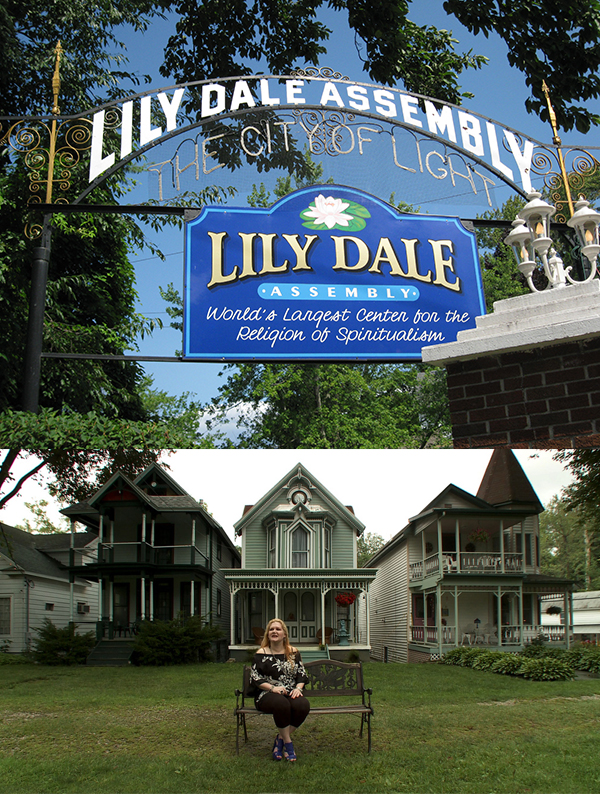 The hamlet of Lily Dale is home to largest spiritualist community in the world. While Lily Dale's year-round population is a mere 275, each year approximately 22,000-25,000 visitors pass through its gates for classes, workshops, public church services, mediumship demonstrations, lectures, and private appointments with mediums.

Like most towns, Lily Dale has a post office, volunteer fire department, library and a playground. There's a coffee shop, two restaurants, a couple of gift shops, a handful of guest houses and a museum. But for the past 135 years, the town has also been home to the Lily Dale Spiritualist Assembly, a religious organization of healers and mediums who claim to communicate messages from those who have passed on to those still living on the earthly plane.

People worldwide travel to Lily Dale in search of answers, in search of community or just to enjoy the beauty and tranquility of the town itself. Beverly Burdick-Carey, one of 15 mediums who live permanently at Lily Dale, is one of several people who noted a shift toward a search for something beyond material worth.

5The town in Japan where everyone wears a gas mask 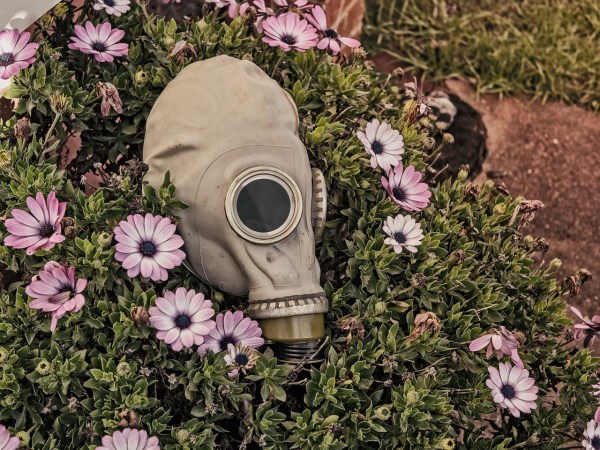 After the 2000 eruption of Mt. Oyama, located 110 miles south of Tokyo, the 2800 residents of Miyake-jima Island are required to carry a gas mask with them at all times, but need not wear one constantly. Residents are alerted to an increase in noxious gas by sirens.

Mt. Oyama was an active volcano for a greater part of the 20th century. A lava flow in 1940 killed 11 people and other eruptions occurred in 1962 and 1983. The deadliest eruption, however, occurred in the summer of 2000. Mt Oyama, dormant for 17 years, spewed out 10,000 – 20,000 tons of sulfuric dioxide daily, making the island uninhabitable. By September of that year the government forced an evacuation of all residents.

Five years later, with the evacuation order relaxed, people started moving back home. Despite the re-population of the island, nearly a third of Miyake-jima remains permanently off-limits. The government conducts regular health checks on residents and enforces age restrictions in certain areas.

Because of the unusual and interesting way of life on the island, Miyake-jima has since spawned a lucrative tourist trade. Thrill seekers come to enjoy all the hiking, swimming and diving the island has to offer and there are even disposable gas masks sold at ferry stations and local stores.

6A place in California that is completely off the grid 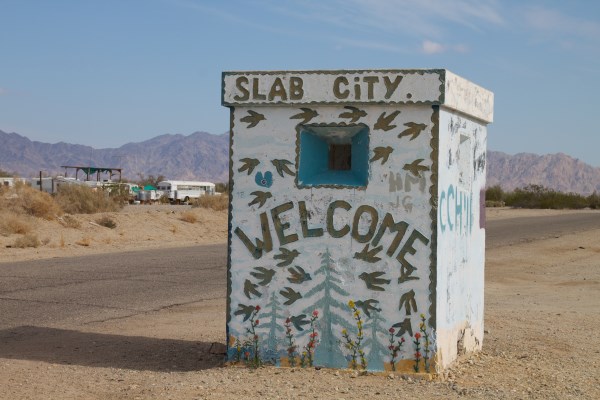 Want to get really get away from it all? While there are no signs leading to Slab City, you head east from Los Angeles to the desert, then south past the Salton Sea. There you will find an abandoned Marine base which travelers and locals have dubbed "The Last Free Place In America."

Slab City ("The Slabs") is a campsite inhabited by RV users and squatters from across America. Several thousand campers use the site during the winter months before departing for cooler climates when summer temperatures reach 120 degrees Fahrenheit. However, Slab City still has 150 residents that tough it out on the slabs year round.

Slab City gets its name from the concrete slabs that dot the region. They are what remains of Camp Dunlap, a former World War II base which was given back to the state in 1961 and subsequently dismantled. The state still owns and controls the land, and while Slabbers are considered squatters, the government leaves them alone.

Slabbers have no town services – there is no running water, no electricity, no sewers or toilets and no trash pick up services. Campers bring and use their own water and generators. Additional supplies are purchased in nearby Niland about 4 miles west of The Slabs. 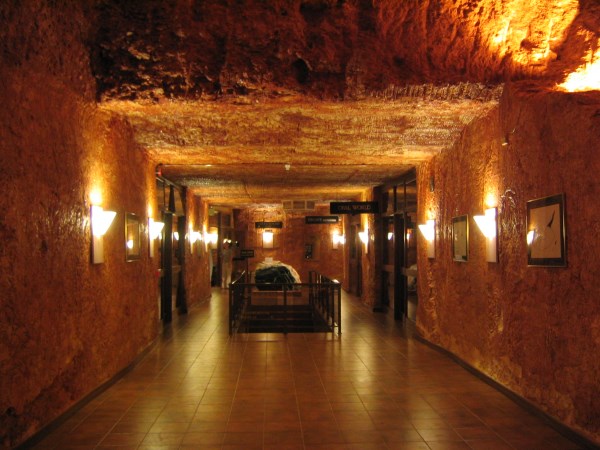 Coober Pedy (the name comes from the local Aboriginal term kupa-piti, which means "white man's hole") is located in the Australian outback about 846 kilometers north of Adelaide.

The town was established in 1915 following the discovery of opal. People from all over Europe flocked to the area to strike it rich in the mines, but soon discovered working below ground was actually easier than living above it, as temperatures in the desert can reach 125 degrees Fahrenheit.

Due to the inhospitable climate, residents prefer to live in caves bored into the hillsides ("dugouts"). While structures above ground need air conditioning, dugouts remain at a constant temperature. Some residences are as big as mansions, covering 450 square meters. There are underground churches, stores, galleries and the award-winning Desert Cave Hotel, the world's first 4-star luxury property of its type, complete with mining display and opal gallery.

Coober Pedy is also a favorite locale for filmmakers and has been featured in Until the End of the World and The Adventures of Priscilla Queen of the Desert. 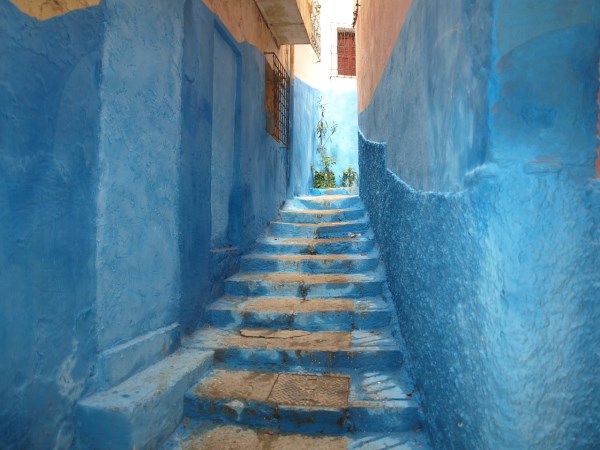 Chefchaouen is one of the prettiest towns in northeastern Morocco. A tourist delight with affordable accommodations, the city is set against the dramatic backdrop of the Rif mountains and most of its streets and buildings in the old part of town (medina) are painted a magnificent blue hue. Chefchaouen was painted blue by the Jewish refugees who lived there during the 1930s.

The town is a popular tourist destination because of its proximity to Tangier and the Spanish enclave of Ceuta. There are over two hundred hotels in the area that cater to the influx of European tourists. Another reason for the town's massive popularity? Chefchaouen is also the center for hashish production in Morocco.

9The town where the dead outnumber the living 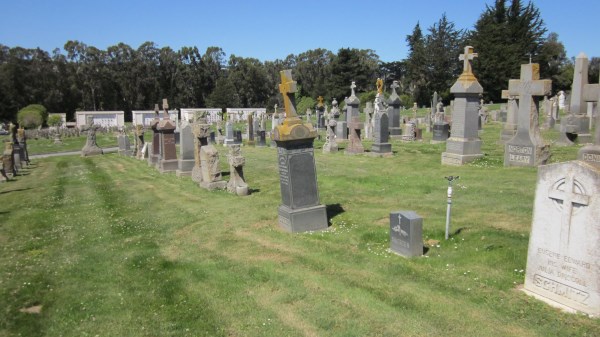 Colma, CA became a necropolis after San Francisco passed an ordinance in 1900 outlawing any new cemetery construction within city limits. With no further burials allowed, the cemeteries were soon neglected and became a health hazard. A second ordinance was passed in 1912 evicting all existing cemeteries from city limits. Removal notices were sent to all cemeteries and while some fought the ordinance, the last of the bodies were removed from San Francisco by 1937.

The city of Lawndale was incorporated in 1924 after the Association of Cemeteries (made up of supervisors of each) banded together to make sure the same thing wouldn't happen again. Lawndale became Colma in 1941.

Colma has 17 cemeteries and is the smallest city in San Mateo county. As of 2010, Colma was home to approximately "1,800 aboveground residents ... and 1.5 million underground." The living-to-dead ratio has earned the city some morbid monikers, including the “City of Souls,” and “City of the Silent.”