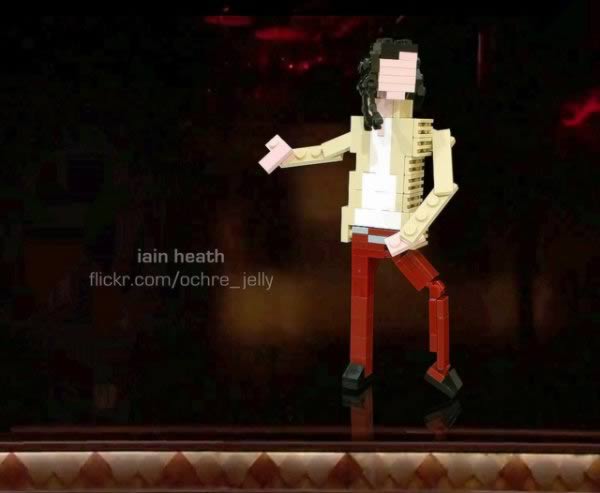 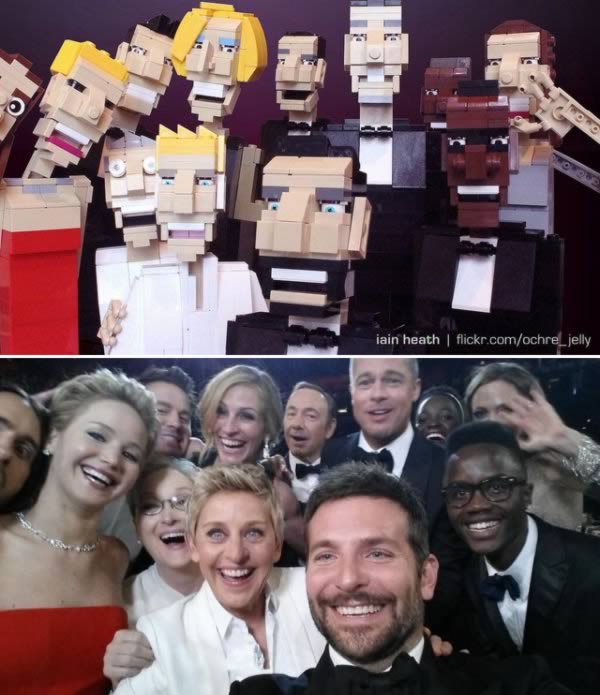 The record-breaking selfie that Ellen DeGeneres took at the 2014 Academy Awards night has another honor: it's been rendered in LEGO bricks! Master LEGO artist Ochre Jelly (Iain Heath) wasn't the only one to make a LEGO recreation of this moment, but he sure did the most authentic version – even the facial expressions are spot on! 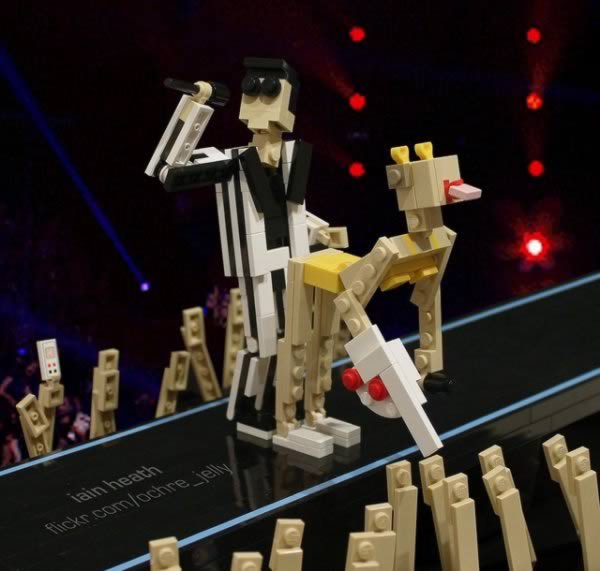 Another work of Ochre Jelly – this time he recreated the controversial Miley Cyrus' performance with Robin Thicke at the 2013 MTV Video Music Awards. 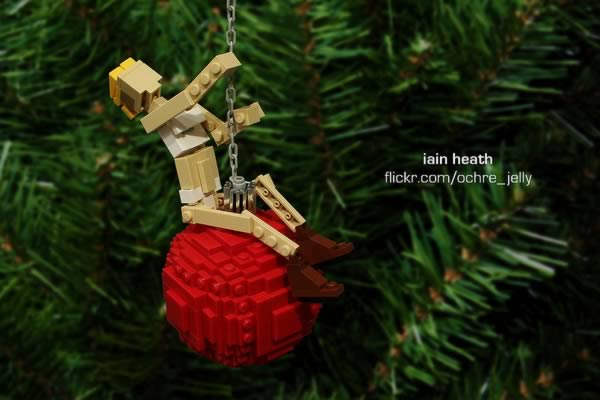 And if you can't get enough of Miley, here is another Ochre Jelly recreation – this time of her much talked about video "Wrecking Ball" as a Christmas ornament. 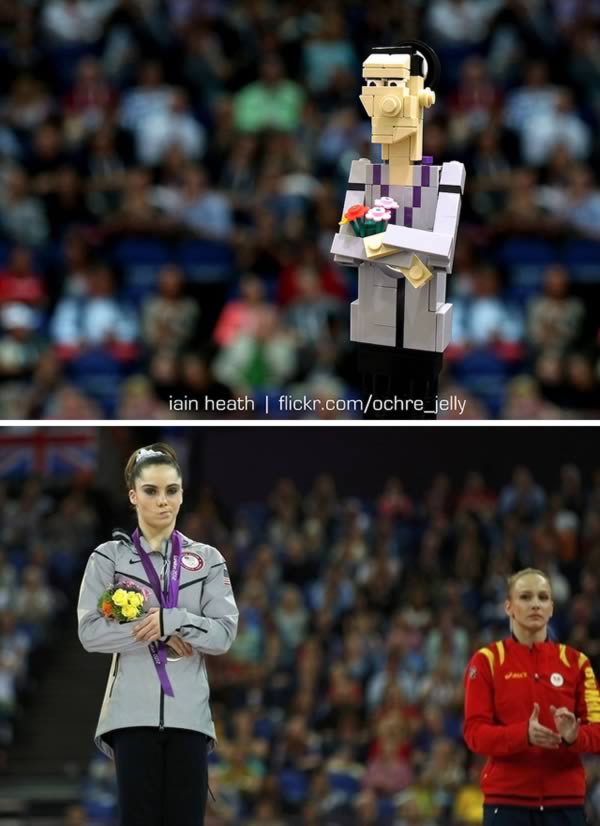 By now you have probably already seen the original picture — 16-year-old McKayla Maroney stands with her arms crossed with a look on her face that says it all — she is not impressed. The American gymnast was favored to win the gold medal in the women's vault competition, but unfortunately fell, getting the silver medal instead. Soon after, the Internet took the image of Maroney's disappointed face and did what the Internet does best — turned it into a meme.

Then Ochre Jelly did what he does best and built it in Lego. And may I say, she is still not impressed! 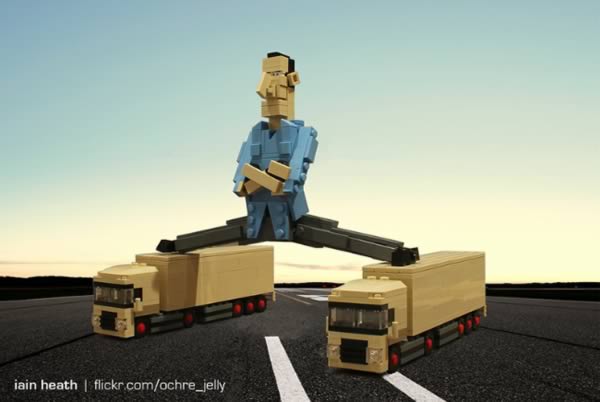 In November 2013, the Internet was buzzing about an online commercial that shows actor Jean-Claude Van Damme appearing to perform a split between two moving Volvo FM trucks – and this is Ochre Jelly's tribute to Van Damme's "Epic Split." 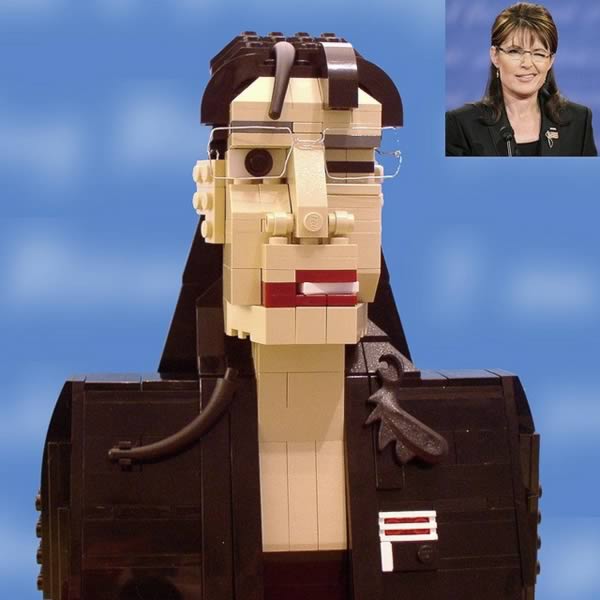 The winking Republican vice-presidential nominee Sarah Palin in LEGO as created by Ochre Jelly in 2008. 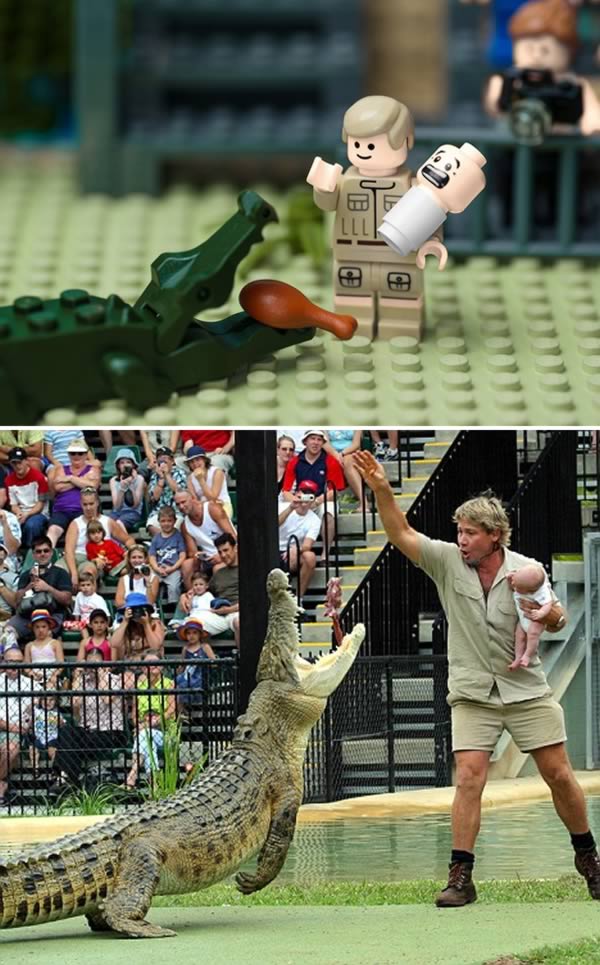 In 2004, Steve Irwin fed a crocodile with one hand while cradling his baby son in the other. In 2012, to celebrate LEGO's 50th year in Australia, the company recreated a series of iconic moments of the country. UK photographer Mike Stimpson was tasked with the recreations. 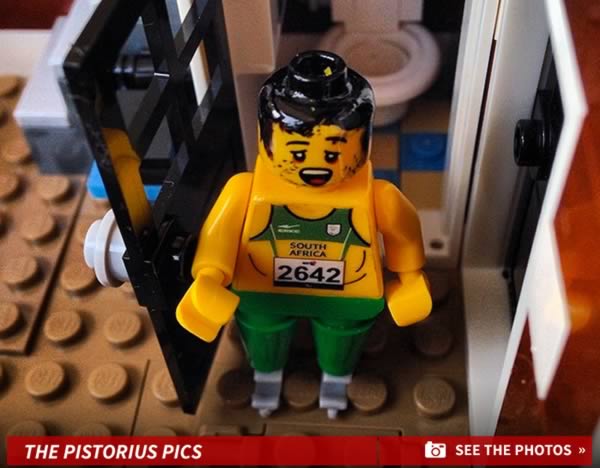 Armando Tejada is an artist who's been posting Lego recreations of the Oscar Pistorius murder trial, and is also getting death threats because of it. Tejada initially decided to document the Pistorius case because, "I've been fascinated by the trial,." He also had a Lego set from the 2012 Olympics, which came with a tiny Pistorius figure.

The images are not graphic – they mostly chronicle Pistorius interacting with the judge and his lawyer in the South Africa courthouse where his trial is being held. 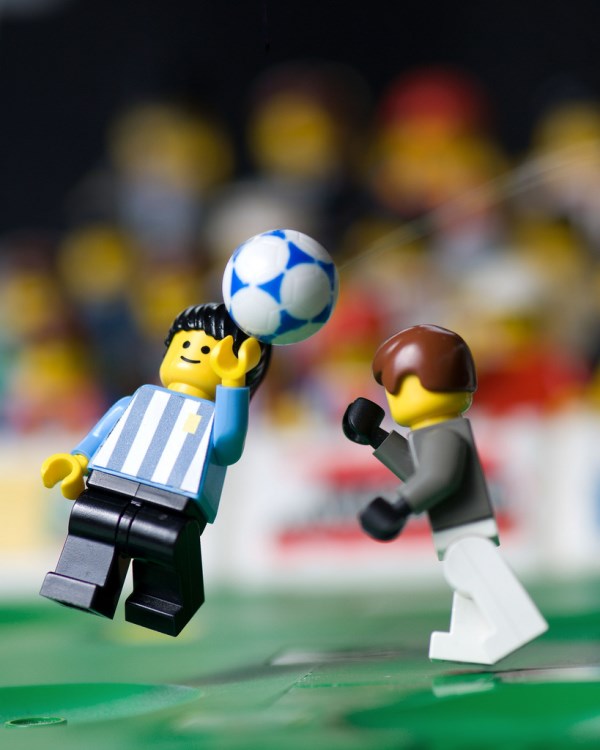 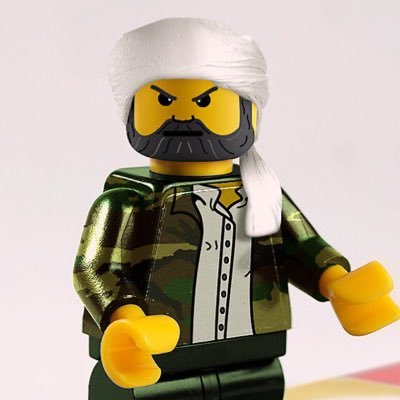 Despite documenting an iconic historical moment, the pictures detailing Osama Bin Laden's death were still subject to days of internet memes. One artist has immortalized the famous Navy Seal raid on Bin Laden's Pakistan compound in unique style – by recreating the pictures in Lego.

Student Alex Eylar mocked up his own version of the Al-Qaeda leader's demise by picturing him as a Lego man sitting on a bed about to be gunned down by a Lego commando. 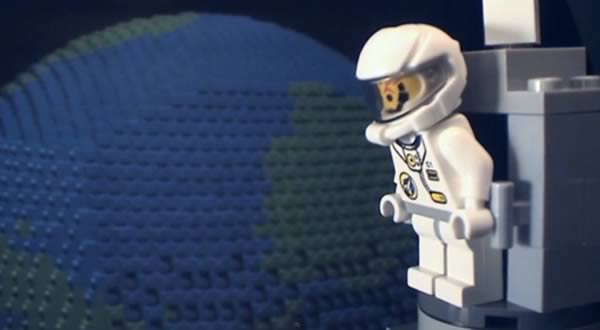 2012's most memorable moments have been recreated in a Lego "brickfilm" by an 18-year-old Surrey school boy.

Harry Bossert, of Walton-on-Thames, Surrey, started making brickfilms in 2007. He has a huge collection of more than 80 films now on his YouTube channel, Zoot101, which has over 4 million views.

The video, 2012: A Year in Bricks, has immortalized the most iconic moments of the year, including highlights from the London 2012 Olympic Games, the Queen's Diamond Jubilee and the Bond film,Skyfall.

Shown above is the recreation of Felix Baumgartner's skydive from space, one of the top moments selected by Bossert.