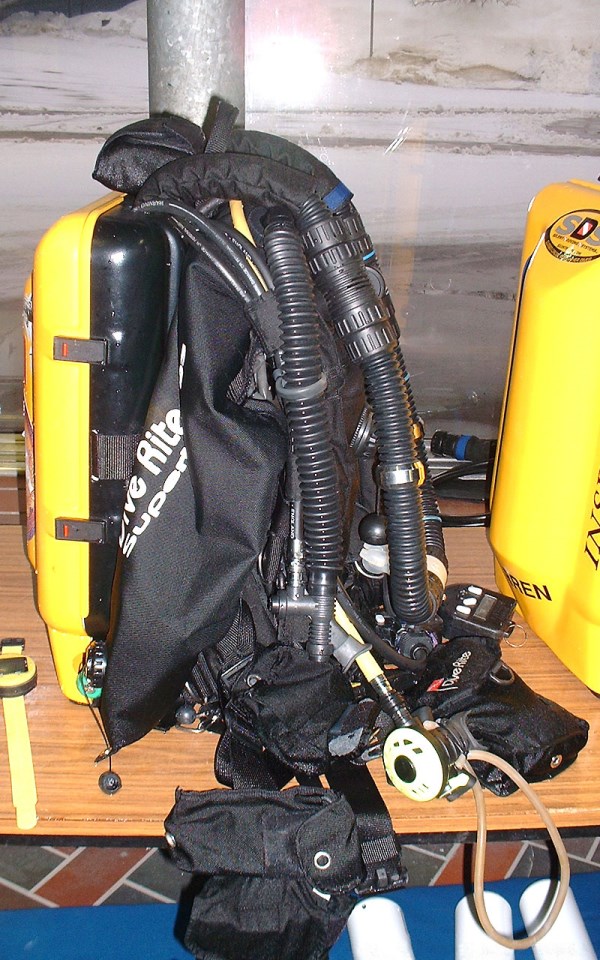 In 1772, Frenchman Sieur Freminet tried to invent a rebreathing device for scuba diving that recycled the exhaled air from inside of the barrel. This was the first self-contained air device. Unfortunately, Freminet's invention was a poor one, and the inventor died from lack of oxygen after being in his own device for twenty minutes. 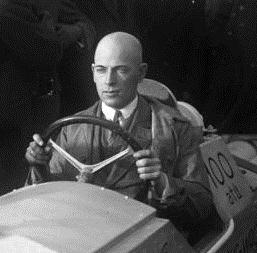 On May 17, 1930, Max Valier, an Austrian rocketry pioneer, was killed when an alcohol-fuelled rocket exploded on his test bench in Berlin.

In 1928 and 1929, Valier worked with Fritz von Opel on a number of rocket-powered cars and aircraft. By the late 1920s, Valier was focusing his efforts on liquid-fuelled rockets. Their first successful test with liquid fuel occurred in the Heylandt plant on January 25, 1930. On April 19, 1930, Valier performed the first test drive of a rocket car with liquid propulsion, the Valier-Heylandt Rak 7. One month later, the alcohol-fuelled rocket exploded during a test. 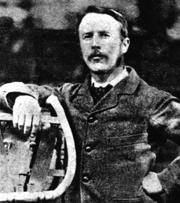 In 1876, Englishman Henry Fleuss invented a closed circuit oxygen rebreather. This suit used compressed oxygen instead of compressed air. His invention was originally intended to be used in the repair of the iron door of a flooded ship's chamber. Fleuss then decided to use his invention for a thirty-foot dive underwater. Unfortunately, he died from the pure oxygen; oxygen is toxic to humans under pressure. 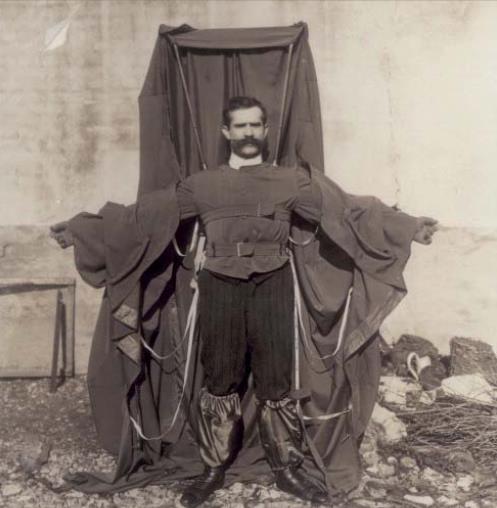 On February 4, 1912, Franz Reichelt, an Austrian-born French tailor, inventor, and parachuting pioneer, jumped from the Eiffel Tower while testing a wearable parachute of his own design. Despite attempts by his friends and spectators to dissuade him, he jumped from the first platform of the tower while wearing his invention. Unfortunately, the parachute failed to deploy and he crashed into the icy ground at the foot of the tower.

Karel Soucek was a Canadian professional stuntman who is famous for inventing "the capsule” and riding it down Niagara Falls. On that occasion he survived, although he suffered some injuries.

On January 19, 1985, Soucek convinced a company to finance a barrel drop from the top of the Houston Astrodome in Texas. A special waterfall was created from the top of the 180 ft. structure, with a plunge pit at the bottom. However, instead of landing in the center of the tank of water, the barrel hit the rim, causing the capsule to splinter and severely injure him. Soucek died the next day. 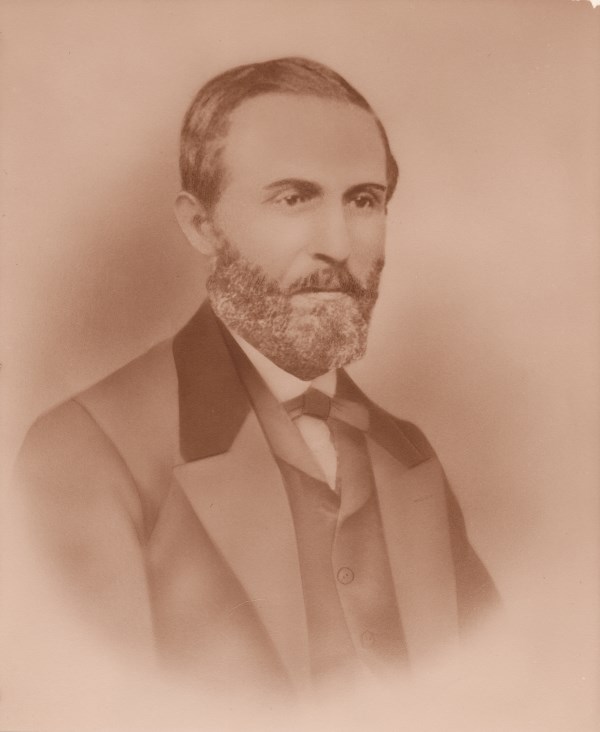 On April 3, 1867, William Bullock, an American inventor – whose 1863 invention of the web rotary printing press helped revolutionize the printing industry due to its great speed and efficiency – was making adjustments to one of his new presses. Bullock tried to kick a driving belt onto a pulley. However, his leg was crushed when it became caught in the machine. After a few days, he developed gangrene.

On April 12, 1867, Bullock died in Pittsburgh, Pennsylvania during an operation to amputate the leg.

On September 13, 1913, Aurel Vlaicu, a Romanian engineer, inventor, airplane constructor, and early pilot, died near Câmpina while attempting to be the first person to fly across the Carpathian Mountains in his own airplane, which he named Vlaicu II.

8Thomas Midgley: System of Strings and Pulleys to Help Others Lift Him from Bed (1944) 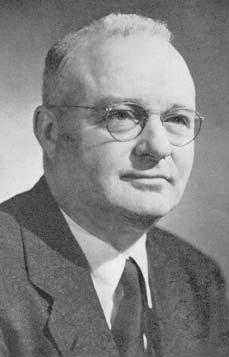 When the famous American mechanical engineer and chemist Thomas Midgley, Jr. contracted poliomyelitis at the age of 51, he became severely disabled. This situation led him to devise an elaborate system of strings and pulleys to help others lift him from bed.

On November 2, 1944, at the age of 55, Midgley died of strangulation due to the system when he was entangled in the ropes of his own device. 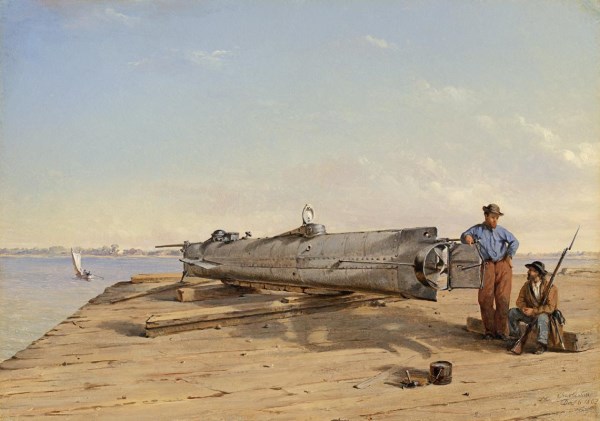 On October 15, 1863, Horace Lawson Hunley, 40, a Confederate marine engineer, died when his own hand-powered submarine, the H.L. Hunley, was accidentally trapped on the bottom of Charleston Harbor, S.C.

On August 10, 1896, Otto Lilienthal, a German pioneer of aviation, was testing his hang gliders in the Rhinow Hills in Germany. The first flights were successful, reaching a distance of 250 meters in his normal glider. However, during the fourth flight Lilienthal's glider stalled. He tried to re-establish lift by swinging his body back to correct the attitude of the glider. That maneuver failed and he fell from a height of about 15 meters while still in the glider.

Lilienthal suffered a fracture of his third cervical vertebra and soon became unconscious. He died about 36 hours after the crash. 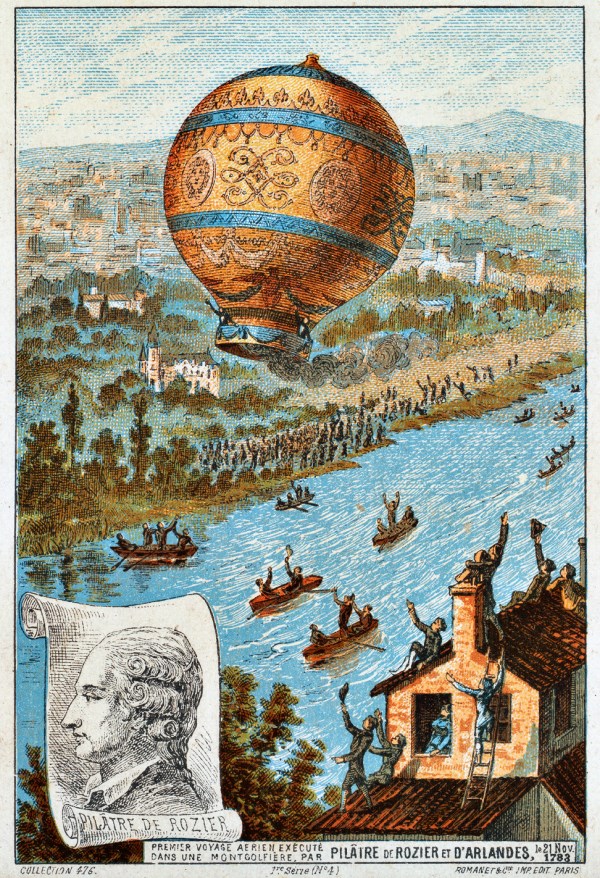 On June 15, 1785, Jean-François Pilâtre de Rozier, a French chemistry and physics teacher and one of the first pioneers of aviation, died when his Rozière balloon suddenly deflated (without the envelope catching fire) and crashed near Wimereux in the Pas-de-Calais during an attempt to fly across the English Channel. He and his companion, Pierre Romain, became the first known fatalities in an air crash.

On August 16, 2009, Michael Dacre, 53, a British aviation pioneer and managing director of the British-based company Avcen Ltd., was conducting the first test flight of his own "flying taxi." However, when he took to the air 150 miles north of the Malaysian capital Kuala Lumpur, the aircraft plunged to earth and the explosion claimed Mr. Dacre's life.

According to legend, Wan Hu was a minor Chinese official — supposedly of the middle Ming dynasty (16th century) — who decided to take advantage of China's advanced rocket and fireworks technology to launch himself into outer space. He supposedly had a chair built with forty-seven rockets attached. On the day of lift-off, Wan, wonderfully attired, climbed into his rocket chair while forty seven servants lit the fuses and then hastily ran for cover. There was a colossal explosion. When the smoke cleared, Wan and the chair were gone, never to be seen again.

A precursor of the story of Wan Hu appeared in an article by John Elfreth Watkins published in the October 2, 1909 issue of Scientific American, but it used the name Wang Tu instead of Wan Hu.
"Tradition asserts that the first to sacrifice himself to the problem of flying was Wang Tu, a Chinese mandarin of about 2,000 years B.C. who, having had constructed a pair of large, parallel and horizontal kites, seated himself in a chair fixed between them while forty-seven attendants each with a candle ignited forty-seven rockets placed beneath the apparatus. However the rocket under the chair exploded, burning the mandarin and so angered the Emperor that he ordered a severe paddling for Wang." 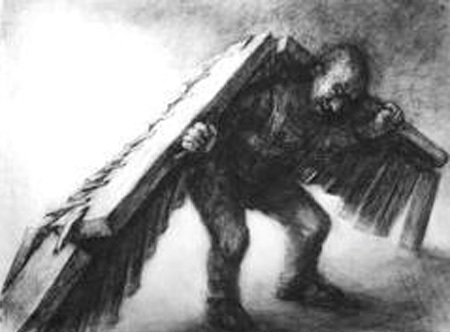 Abu Nasr Isma'il ibn Hammad al-Jawhari, a Muslim Kazakh Turkic scholar from Farab and the author of a notable Arabic dictionary, died while attempting flight from the roof of a mosque in Nishapur using two wooden wings and a rope between 1002 and 1008.