1The Woman with the Longest Dreadlocks 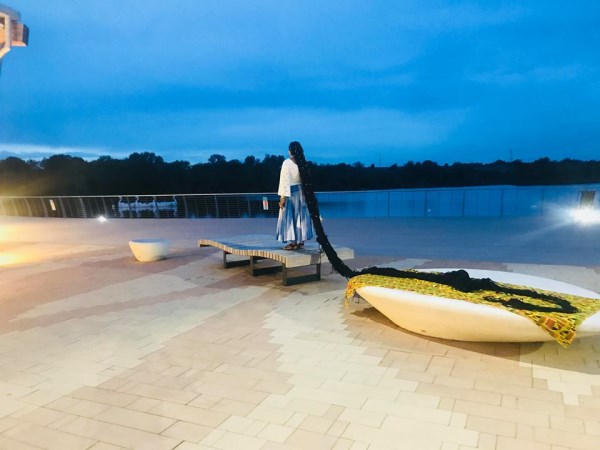 Asha Mandela has a lock on a world record that others might dread: The world's longest dreadlocks. The 50-year-old Atlanta resident has earned the name "the Black Rapunzel" because she holds the Guinness World Record for "World's Longest Dreadlocks," which she has owned since 2008.

Her dreads were officially measured at 19 feet, 6 inches long, but an unofficial measurement found that one of the strands measured a whopping 55 feet, 7 inches in length.

Mandela first started growing her lovely locks 25 years ago, after she moved from Trinidad-Tobago to New York and decided to have a more "natural" hairstyle.

She washes the dreads once a week, using up to six bottles of shampoo at a time. Then it takes two days for the locks to dry -- and they weigh 25 pounds when wet. She says that the extra weight of her hair makes her doctors very concerned. They seem to think that she has a curvature of her spine due to the length and weight of her hair. 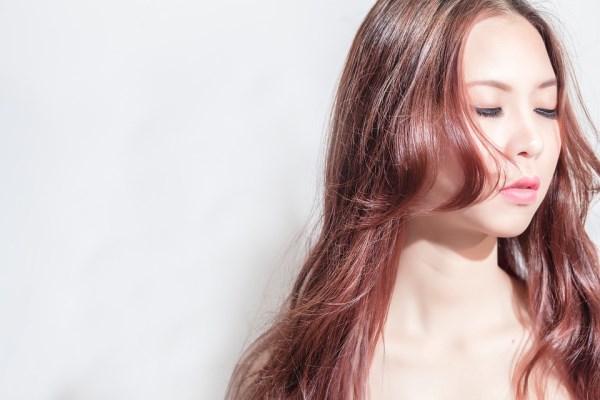 Dai Yue Qin, better known as Miss Dyq, is the Queen of long hair in China and the current holder of the Guinness World Record for longest hair. Born in April 1964 in Tong Xiang in the Zhejiang province, South China, she began to grow long hair when she was about 14 years old.

As her hair length of 3,30 meters (10 ft) attracted more and more attention, she joined several long hair competitions and won prizes. In 2001, she moved to the U.S. It takes her about one to two hours to comb her tresses, which are 420 cm in length now (almost 14 feet!). Washing that shiny flood of hair requires five to six hours every two weeks. 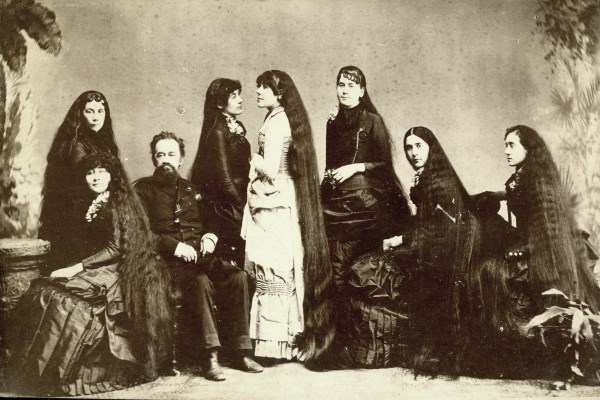 These days, the biggest stars— like Miley Cyrus and Beyoncé — know that the easiest way to get the world to gawk is to chop off your long locks for a “boy cut.” Then, perhaps, you perform some sexually provocative dance moves on TV.

Because Victorian women coveted the sister's luscious locks, the cash came flooding in. The family grew rich beyond its wildest imagination, as the sisters knocked serious political issues off the newspapers' front pages with their outrageous celebrity antics. By the mid-1880s, none of the sisters could walk down the street, with their flowing tresses dragging behind them like dress trains, without being mobbed by starstruck fans. 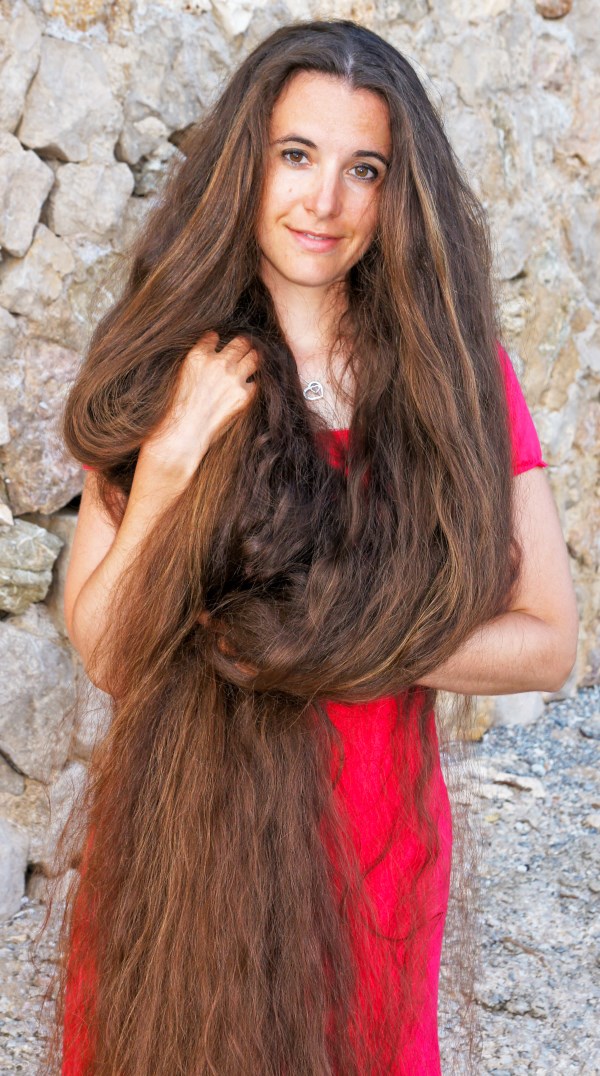 What do you think would happen to your hair if you never cut it? For Brazilian 12-year-old Natasha Moraes De Andrade, it meant 5 feet 2 inches of a whole lot of brushing and washing. Natasha, who lives in a shanty town in Rio de Janeiro, had long locks, and an uneasy lifestyle because of them.

At 5ft 3in tall, she was only one inch taller than her hair, and had to carry it around so it didn't snag. She had to spend up to an hour and a half each day brushing it. Also, the fans in her house couldn't be turned on in case it got caught; that can't be easy with the typical Brazilian heat and no ventilation.

Despite living in poor economic conditions, her shampoo expenses were astronomical at over $600 a year. Recently, Natasha finally walked into a salon and cut her hair. It was the beginning of a new life.

Natasha wept as her 5ft 2in locks were sheared for the first time ever. Now, she wears her hair as a simple bob of just 15in in length, and washing her hair only takes five minutes. The real life Rapunzel managed to sell her hair for $5000, which helped save her family from financial issues. They now plan to build the house they've always dreamed of, all thanks to a new haircut. 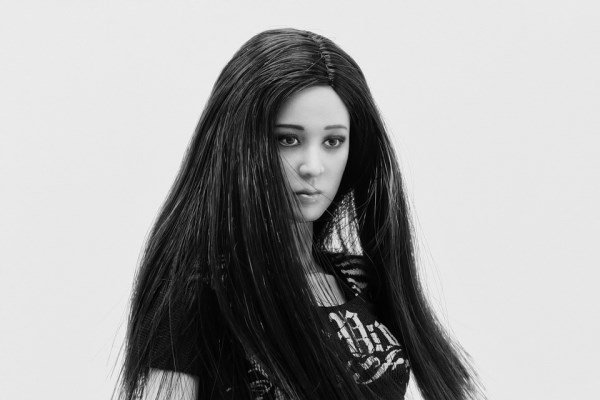 Three girls have followed in the footsteps of their mother by letting their hair grow so long that it nearly touches the ground. Terelynn Russel, who lives in Morris, Illinois with her husband and children, has hair that is nearly six feet long. Now, her daughters are close to matching her achievement. Mrs. Russel regularly wins first place in Longest Pony Tail Competitions at annual carnivals and fairs, and her girls are following her example. 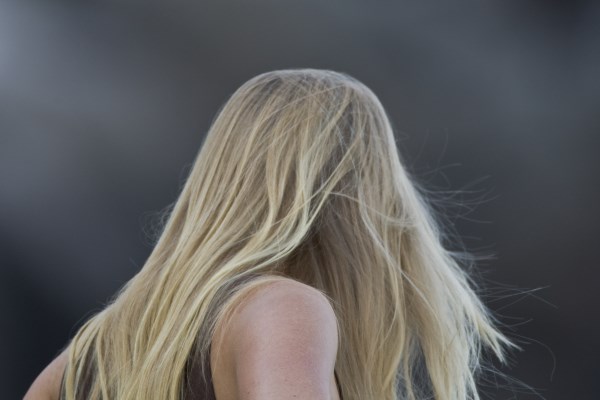 Schoolgirl Aimee Chase, 11, has NEVER had her hair cut, so her pretty blonde tresses have grown to 3ft 6in in length. The barnet hairstyle is so long that it reaches all the way down to Aimee's knees. But not for much longer, because the Hampshire Junior School pupil is set to lop off a massive 2ft from her "do" for charity.

Aimee has decided to donate the cuttings to the Little Princess Trust. The organization provides wigs and hair pieces for children who suffer hair loss during treatment for cancer. 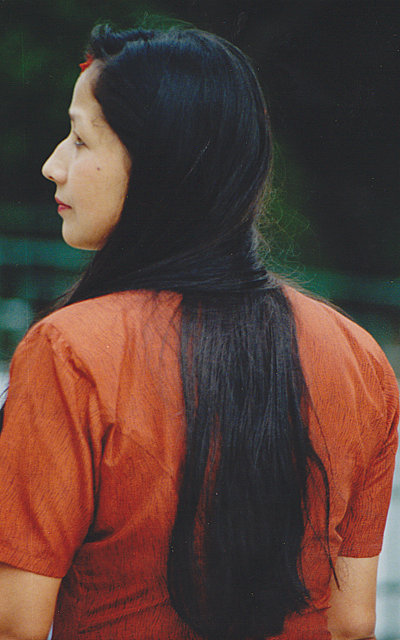 With an 11.8ft mane, Aixiu is proud of the fact that she hasn't cut her hair in 21 years, all thanks to the recommendation of a hairdresser in 1990. Her hair grows at an amazing rate of 7.8 inches per year, but Aixiu insists, "I didn't eat anything special or use any special shampoos."

Although Aixiu has previously turned down 10,000 Yuan for her hair, she is now planning to cut it, since doctors say that her long locks absorb too much nutrition from her head. That's weird.

8The Man with the Longest Hair 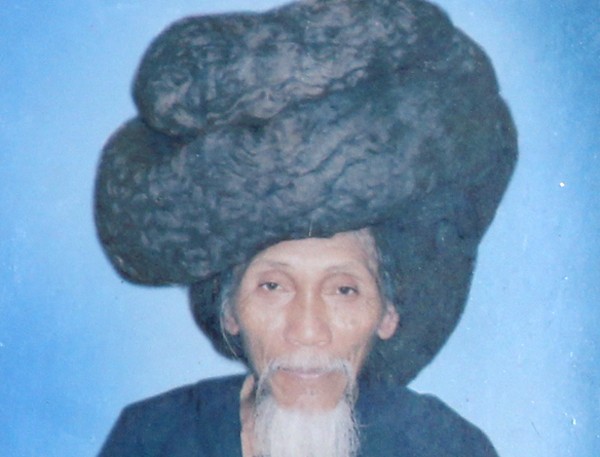 Having extremely long hair is not exclusive to the ladies. Tran Van Hay, who died in 2010, is thought to have had hair up to 6.8 meters long (22 ft), although it had never been officially measured for a record attempt. It stretched in a thick, matted cord around his body, resembling a massive, furry boa constrictor.

The official world record for the longest hair is held by Xie Qiuping of China, whose hair was measured in 2004 at 4.2 meters (14 ft) long. If Hay's hair was as long as it is claimed to be – or even as long as the 6.2 meters that was reported in 2006 – it would have taken the record by a considerable distance.

79-year-old Hay, who lived in the Kien Giang province of southern Vietnam, worked as an herbalist and lived a simple life. However, his hair did cause him some difficulties, notably that he couldn't take a motorcycle taxi anywhere because he couldn't fit a helmet around his hair. He had been growing his hair for over fifty years because he often felt sick after a haircut, according to his wife Nguyen Thi Hoa.

9The Man with the World's Tallest Mohawk 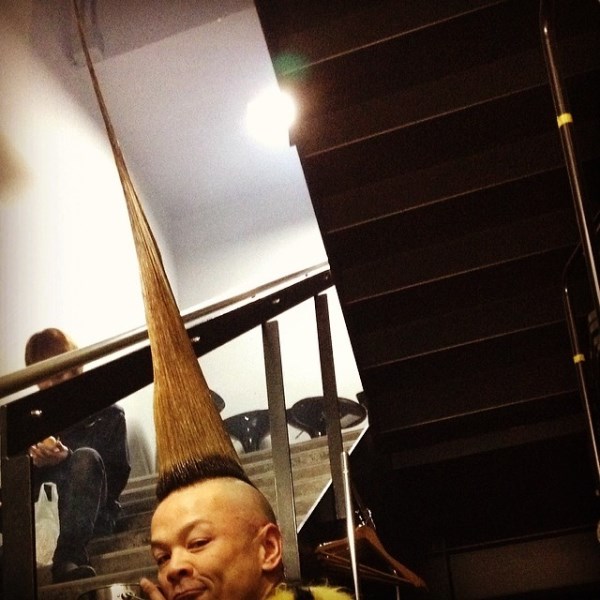 It took three cans of hairspray, one large bottle of gel -- and, of course, 15 years to grow it out -- but Kazuhiro Watanabe has made history.

The Japanese designer has shattered the Guinness World Record by more than a foot with his 3-foot, 8.6-inch Mohawk.

Without gel, his hair reaches to his knees.

10The Chinese Mother Who Hasn't Had a Haircut in 14 Years 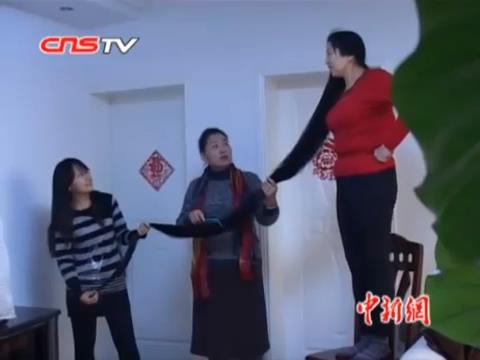 She might spend a fortune on shampoo, but this Chinese mother-of-two is proud of her 8ft long head of hair. Ni Linmei presented her endless mane at her home in Taiyuan, in China's Shanxi Province, and admitted that she hasn't had a haircut in 14 years.

The 55-year-old was photographed laying her locks on a sofa as she attempted to comb the tresses. However, in order to measure the monstrosity Ni Linmei had to stand on a chair so the ends only just reached the floor.
The jet black mane might suffer the odd split end, but for the length, her locks appeared in good condition.