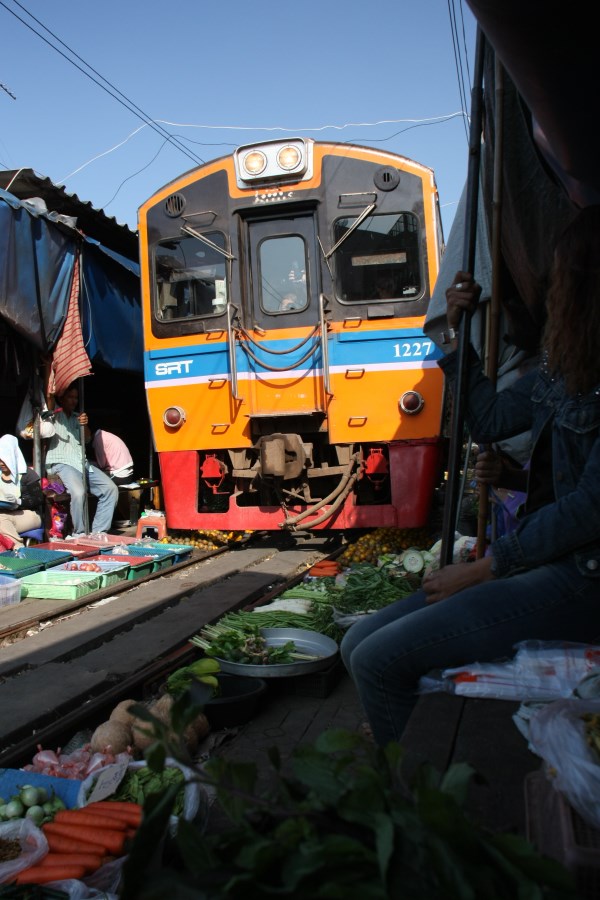 The food market in Maeklong, Thailand is located on top of train tracks. Several times a day shopkeepers swiftly pack up their food stalls and pull back their canopies to let the trains pass. Once the trains have rumbled through, the crates of vegetables, fish, and eggs are placed back into position and shoppers return to the tracks, which serve as a path through the market. 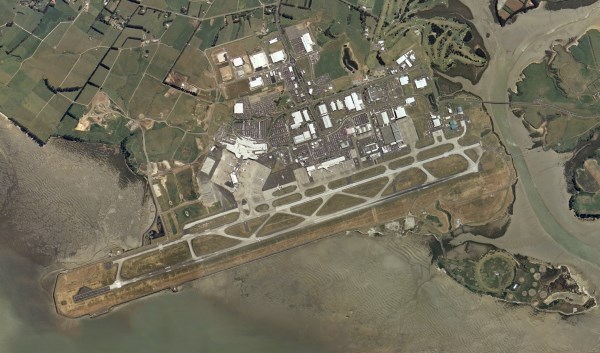 The Napier to Gisborne Railway Line is unique in that it crosses the main runway of the Gisborne Airport. Trains have to stop and seek clearance from the air traffic control tower to cross the runway and continue down the line; a 1939 steam train in the middle of an airport runway isn't exactly a common sight!

3Tren a las Nubes - Train to the Clouds (Argentina) 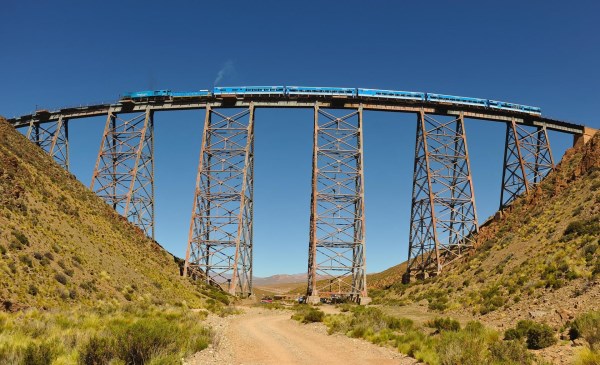 The Tren a las Nubes (Train to/of the Clouds) is a touristic train service in Salta Province, Argentina. The service runs along the eastern part of the C-14 line of the Ferrocarril General Manuel Belgrano, connecting the Argentine Northwest with the Chilean border in the Andes mountain range. At over 4,220 meters (13,850 ft) above mean sea level, it's the third highest railway in the world. Originally built for economic and social reasons, it is now primarily a tourist attraction as a heritage railway.

The railway line has 29 bridges, 21 tunnels, 13 viaducts, 2 spirals, and 2 zigzags. Because of the design decision not to use a rack-and-pinion system for traction, the route had to be designed to avoid steep grades. The zigzags allow the train to climb, travelling back and forth parallel to the slope of the mountain. 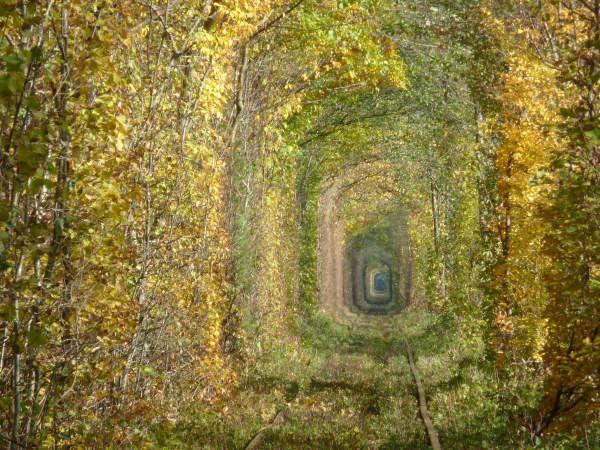 The Tunnel of Love is a beautiful spot in Klevan, Ukraine. A three kilometer railway section leads to the fibreboard factory. The train runs three times a day and delivers wood to the factory. However, the trees make a green corridor, which attracts many couples, as well as photographers, for its eye catching avenue.

It is said that if you and your beloved come to the Tunnel of Love and sincerely make a wish, it will come true. 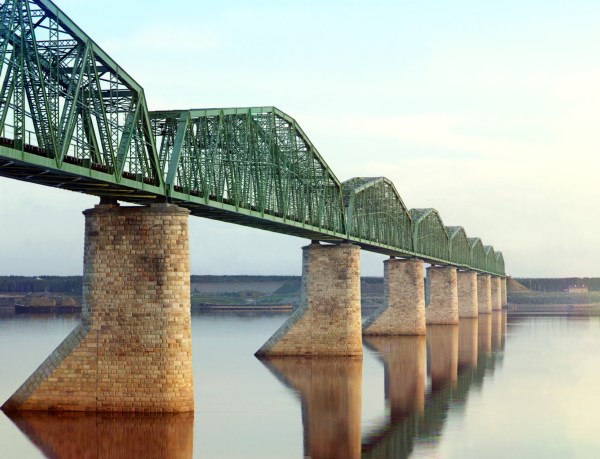 The Trans-Siberian Railway is a network of railways connecting Moscow with the Russian Far East and the Sea of Japan. It is the longest railway line in the world. There are connecting branch lines into Mongolia, China, and North Korea. It has connected Moscow with Vladivostok since 1916 and is still expanding.

Full-time construction of the Trans-Siberian Railway began in 1891 and was put into execution and overseen by Sergei Witte, who was then Finance Minister. Similar to the First Transcontinental Railroad in the USA, Russian engineers began construction at both ends and worked towards the center. 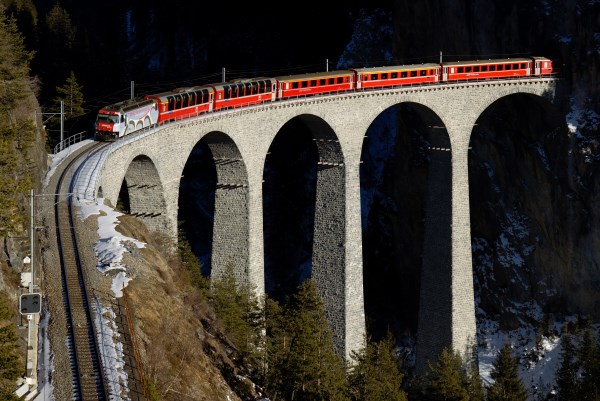 Switzerland has large areas of land that are mountainous. Before the 19th Century, the mountainous terrain meant that it was difficult to travel across the country, and consequently communication was relatively poor. Swiss railway engineers of the nineteenth and twentieth centuries had to be extremely innovative, imaginative, and courageous to build a complex and efficient mountain railway system. This not only included planning and building difficult mountain routes, but also constructing the many bridges and tunnels needed to cross and go under mountainous areas. The Swiss are still investing heavily in their railway network, making it one of the most efficient and advanced in the world.

One of the most impressive feats was the building of the Landwasser Viaduct, built in 1902, which carries a mountain railway track. This is possibly one of the most famous railway viaducts / bridges in the world and is seen in most Swiss travel / holiday brochures. 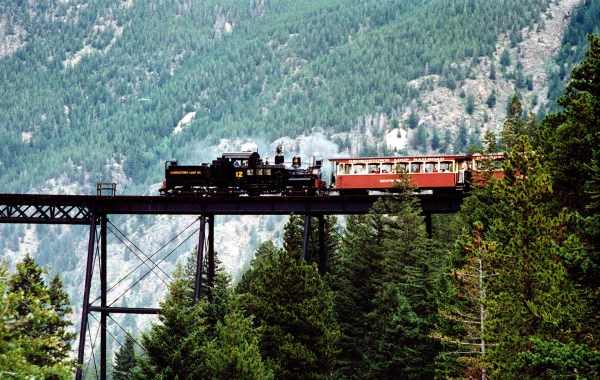 The Georgetown Loop Railroad was one of Colorado's first visitor attractions. Completed in 1884, this spectacular stretch of three-foot narrow gauge track was considered an engineering marvel of its time.

The thriving mining towns of Georgetown and Silver Plume lie two miles apart in a steep, narrow mountain canyon. To connect them, the railroad's builders designed a “corkscrew” route that traveled twice the distance, slowly gaining more than 600 feet in elevation. It included horseshoe curves, grades of up to 4%, and four bridges across Clear Creek, including the massive Devil's Gate High Bridge. The Colorado & Southern Railway operated the line for passengers and freight from 1899 to 1938, when it was abandoned.

In 1973, the Colorado Historical Society began restoring the railroad as part of its 978-acre Georgetown Loop Historic Mining & Railroad Park. A replica of the High Bridge was completed in 1984 to celebrate the 100th anniversary of its original construction. 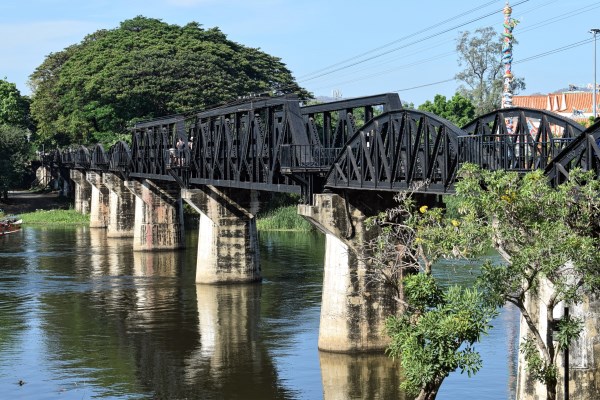 The Burma Railway, also known as the Death Railway, is a 415 kilometer (258 mile) railway between Bangkok, Thailand and Rangoon, Burma. More than 90,000 workers and 16,000 Allied prisoners of war died during the construction of this railway, a horrific episode that forms the backdrop for David Lean's The Bridge on the River Kwai. A ride on a surviving section of the route is now a popular activity for visitors to Kanchanaburi, which is northwest of the Thai capital. The train hugs the sides of sheer cliffs and passes over a number of rickety wooden bridges. 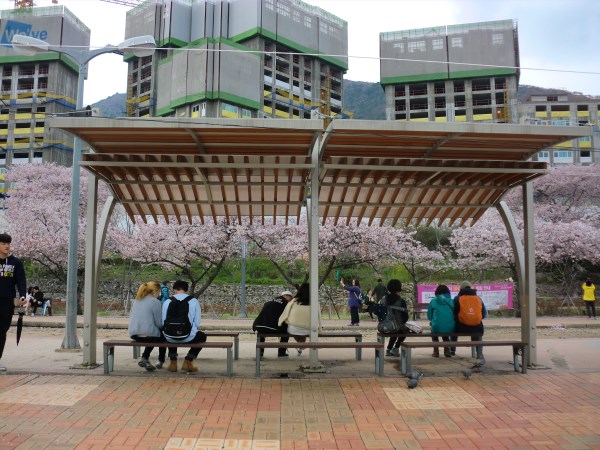 There are 340,000 cherry trees in Jinhae, South Korea. When they bloom in the spring, they create a dazzling display of falling blossoms. Gyeonghwa Station, where this photo was taken, is a popular tourist attraction for that reason.