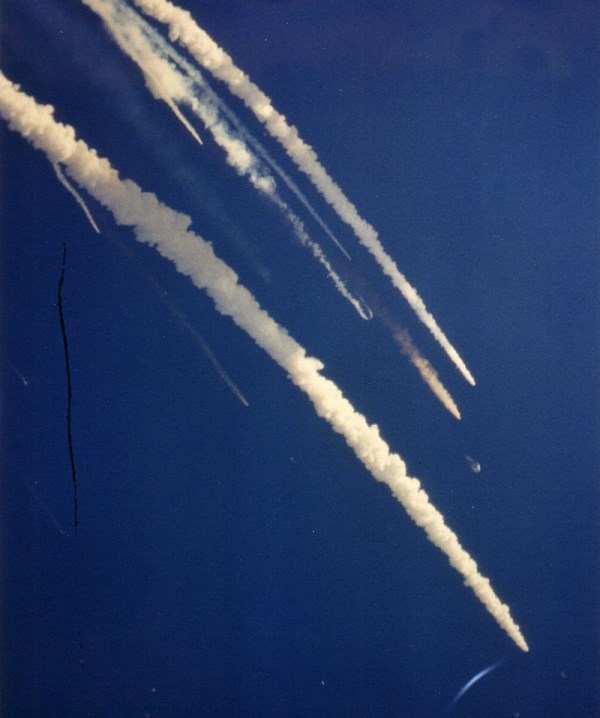 On January 28, 1986, thousands of children around the US were watching their schools' CNN live broadcast coverage of the launch of the Space Shuttle Challenger's 10th flight because of the presence of crew member Christa McAuliffe, who would have been the first teacher in space.

Nobody expected what happened 73 seconds into its flight; the spacecraft disintegrated over the Atlantic Ocean, leading to the deaths of its seven crew members in what became known as the "Challenger disaster." The investigation found that a faulty O-ring seal allowed hot gases from the shuttle's solid rocket booster (SRB) to impinge on the external propellant tank and booster strut. The strut and aft end of the tank failed, allowing the top of the SRB to rotate into the top of the tank. Challenger was thrown sideways into the Mach 1.8 windstream and broke up, resulting in the loss of all crew members. NASA investigators determined that they may have survived the spacecraft disintegration, possibly becoming unconscious from hypoxia, since some tried to activate their emergency oxygen. Any survivors of the breakup were killed, however, when the largely intact cockpit hit the water at 200 mph (320 km/h).

The crew compartment and many other vehicle fragments were eventually recovered from the ocean floor after a lengthy search and recovery operation. Although the exact timing of the death of the crew is unknown, several crew members are known to have survived the initial breakup of the spacecraft. However, the shuttle had no escape system and the impact of the crew compartment with the ocean surface was too violent to survive.

It has been estimated that nearly 48% of 9-13-year-olds witnessed the event in their classrooms because McAuliffe was in the spotlight. The 25th Space Shuttle mission altered the history of manned space exploration and represented the first loss of an American crew during a space mission (Apollo 1 was during a training exercise). 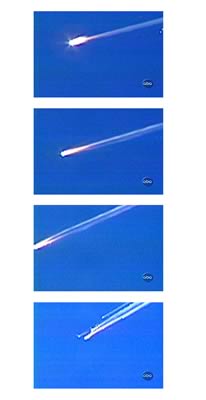 On February 1, 2003, shortly before it was scheduled to conclude its 28th mission, the Space Shuttle Columbia disintegrated over Texas and Louisiana during re-entry into the Earth's atmosphere, resulting in the death of all seven crew members.

The loss of Columbia was a result of damage sustained during launch when a piece of foam insulation the size of a small briefcase broke off from the Space Shuttle's external tank under the aerodynamic forces of launch. The debris struck the leading edge of the left wing, damaging the Shuttle's thermal protection system (TPS), which shields the vehicle from the intense heat generated from atmospheric compression during re-entry. While Columbia was still in orbit, some engineers suspected damage, but NASA managers limited the investigation under the rationale that the Columbia crew could not have fixed the problem. The Columbia Accident Investigation Board (CAIB) later concluded that a rescue mission using Atlantis may have been possible.

After the accident, flight operations were delayed for over two years, construction of the International Space Station was put on hold, and for 29 months the station relied entirely on the Russian Federal Space Agency for supplies. Also, a designated rescue mission was established in case irreparable damage was found, and it was decided that all missions would be flown only to the ISS so that the crew could use that spacecraft as a "safe haven" if need be. 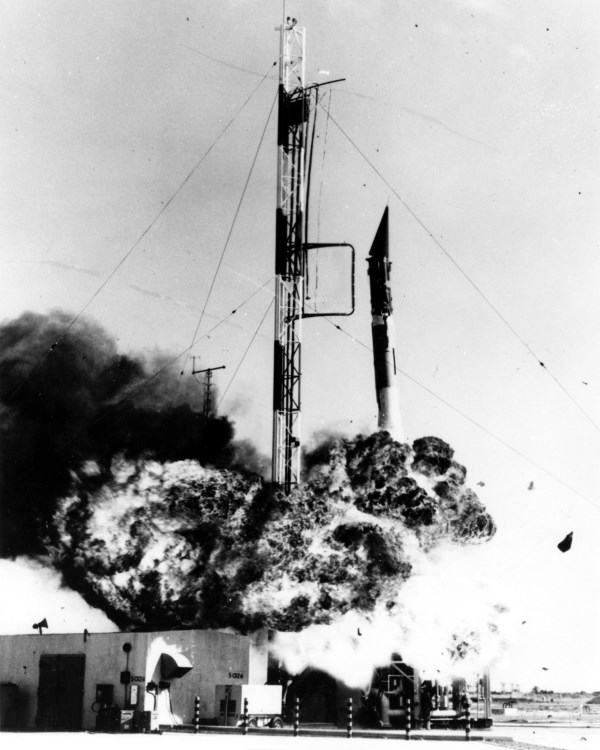 Vanguard TV3 was the first attempt by the United States to launch a satellite into orbit around the Earth, but at its launch on December 6, 1957, just two seconds after liftoff and about four feet (1.2 m) off the ground, the rocket lost thrust and began to fall back to the launch pad. As it settled, the fuel tanks ruptured and exploded, destroying the rocket and severely damaging the launch pad.

It was quite an embarrassment for the U.S. Local newspapers published headlines and articles noting the failure, comparing it to the success of the Soviet's Sputnik by calling the Vanguard names such as "Flopnik," "Kaputnik," "Oopsnik," and "Stayputnik." 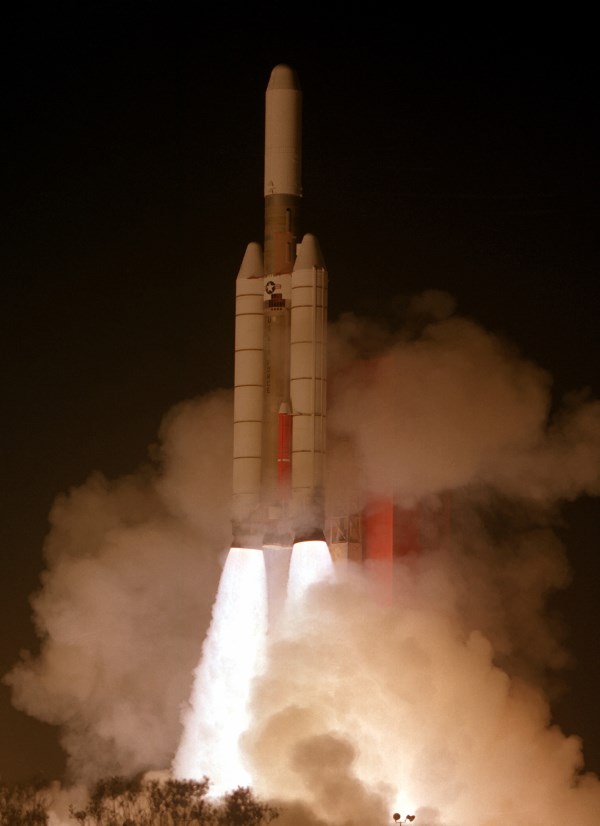 1986 proved to be a bad year for NASA. Just a few months after the Challenger Disaster, the Titan 34D-9 KH9-20 became one of the most expensive launch disasters in U.S. history. On April 18, 1986, the attempted launch of the billion-dollar KH-9 photoreconnaissance satellite ended catastrophically as the right solid rocket booster ruptured and exploded only eight seconds into the flight, destroying the entire vehicle and showering SLC4E with debris and toxic propellant. 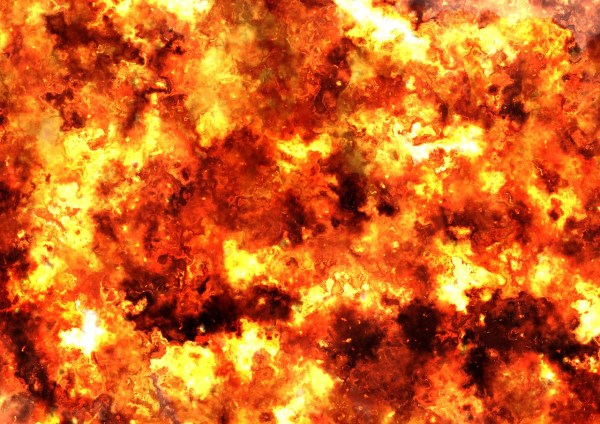 The Spectacular footage showed the rocket veering off its trajectory just seconds after its launch at 6:38 am (0238 GMT) before erupting into a ball of flames and releasing highly toxic rocket fuel into the air. The Russian space agency, Roskosmos, said the accident caused no damage or casualties. The rocket was supposed to take three Glonass-M satellites into space. 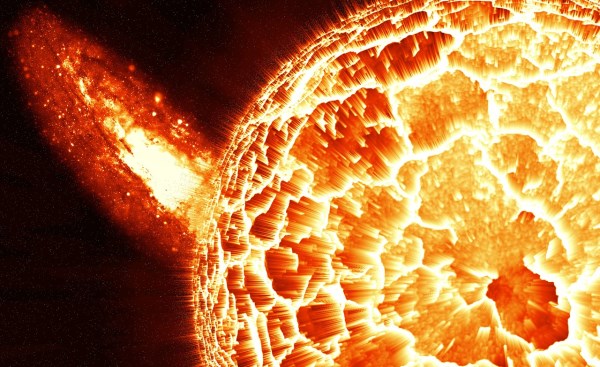 On August 12, 1998, a Titan 4A exploded soon after lift off in one of history's most expensive space disasters. The cost of the rocket and its spy satellite cargo was estimated at more than $1 billion.

The problem started with a short that reset the launch vehicle's guidance system. Without positive control, the rocket began to pitch forward. One of the SRBs tore loose and self-destructed, which finished the destruction of the main vehicle that the pitchover had started, and a moment later the other solid booster destroyed itself, as well. Within seconds, the flight was over and the NRO was down one satellite.

On June 4, 1996, an unmanned Ariane 5 rocket launched by the European Space Agency exploded just forty seconds after its lift-off from Kourou, French Guiana. The rocket was on its first voyage after a decade of development costing $7 billion. The destroyed rocket and its cargo were valued at $500 million. A board of inquiry investigated the cause of the explosion and in two weeks issued a report. It turned out that the cause of the failure was a software error in the inertial reference system. Specifically, a 64 bit floating point number relating to the horizontal velocity of the rocket with respect to the platform was converted to a 16 bit signed integer. The number was larger than 32,767, the largest integer possible in a 16 bit signed integer, and thus the conversion failed. 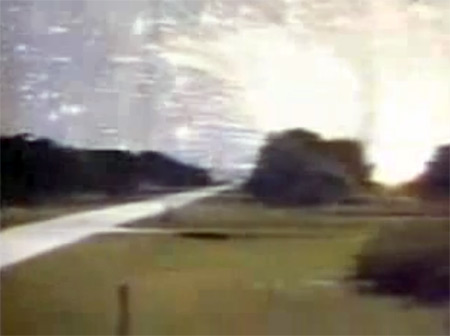 In January of 1997, in what was certainly one of the most spectacular-looking launch vehicle failures ever, a Delta II 7925 rocket violently exploded just 17 seconds after lift-off. The rocket had just started its journey and was absolutely stuffed full of fuel; its payload consisted of the first of a new, upgraded series of GPS satellites. The explosion was later determined to be caused by a crack in one of the twin solid rocket motors (one source says the crack was "17 feet long"). The crack quickly spread across the solid rocket motor's casing, and a few seconds later the booster suffered a massive structural failure. This, in turn, automatically triggered the rocket's built-in range safety package.

Unfortunately, the rocket was only about 1,600 ft. (~500 meters) in height when this happened, so the burning debris rained down on the Cape Canaveral Air Force Station like mortar fire. Miraculously, no one was injured, though several parking lots and dozens of vehicles were destroyed. 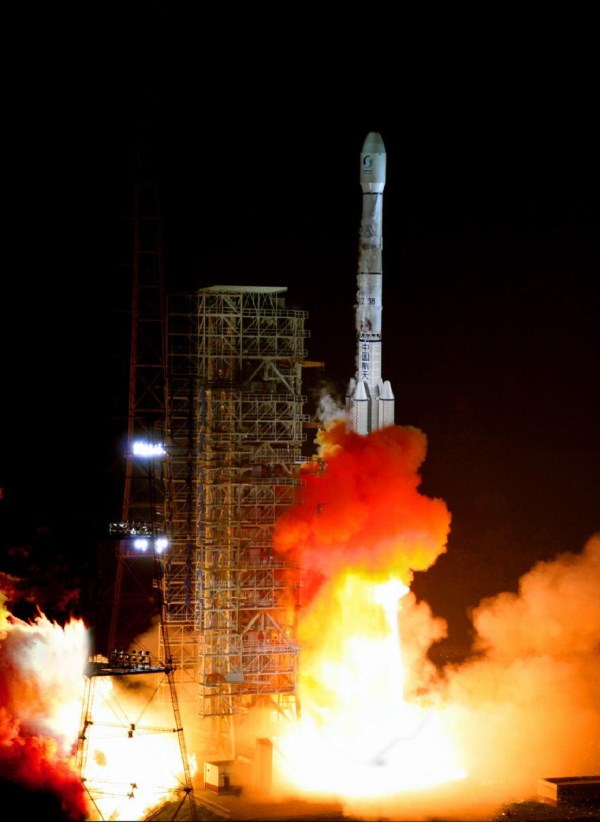 On February 14, 1996, China's Long March-3B rocket failed during launch. The vehicle pitched over immediately after liftoff, impacting and exploding at T+22 s near a village close to the launch site. At least six people were killed. The fault was traced to a lack of output from the power module for the servo-loop in the follow-up frame of the inertial platform. This caused a faulty inertial reference, which made the launch vehicle steer incorrectly.

In 2011, NASA's $424 million Glory research satellite was declared a total loss after its nose cone failed to separate on launch. The Glory satellite would have collected data on the chemical, micro-physical, and optical properties—and the spatial and temporal distributions—of sulfate and other aerosols, and would have collected solar irradiance data for the long-term climate record.