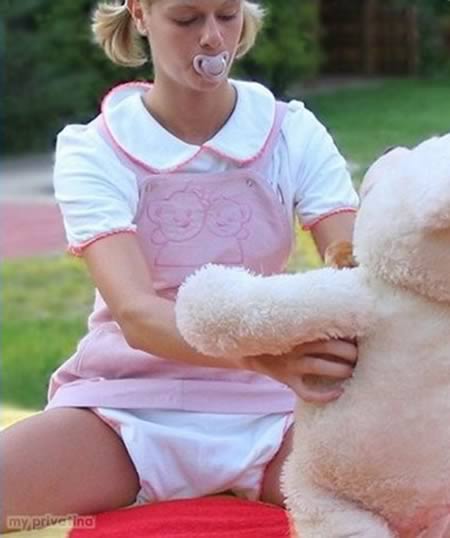 Paraphilic infantilism, also known as adult baby syndrome, can be a sexual fetish for some that involves role-playing a regression to an infant-like state. 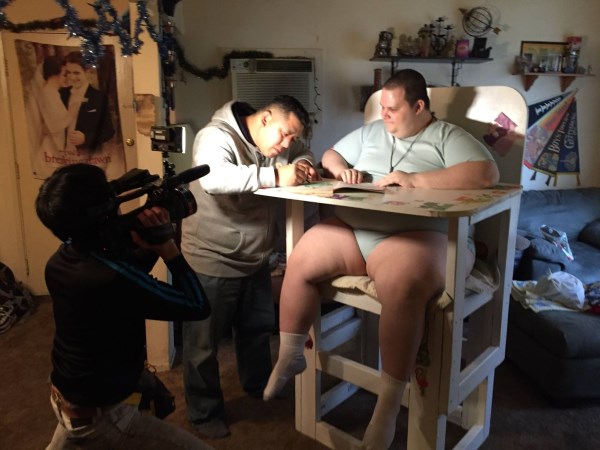 National Geographic's “Taboo” television series featured a segment about Stanley Thornton, a 30-year-old man who sleeps in a crib, wears XXL diapers and sucks juice from a bottle. Stanley is part of a subgroup of adults who practice a lifestyle often referred to as infantalism.

Thornton collects disability payments from the federal government and has come under fire from Republican Senator Tom Coburn of Oklahoma, who thinks the adult baby should be able to hold down a job.

Thornton manages an online adult baby support group, www.bedwettingabdl.com, which he launched in 2000. 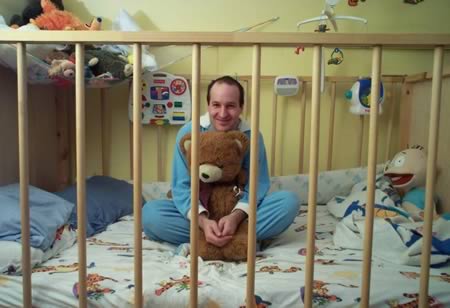 When her grown brother came out to her as an “adult baby,” Marci began making precious outfits for him. So began a lucrative business, Forever a Kid, making man-sized sun-suits, diaper covers, footie pajamas, bonnets… I'm sure you get the idea. Marci also makes rompers and bishop dresses for big little girls, too. This company is based in Canada. 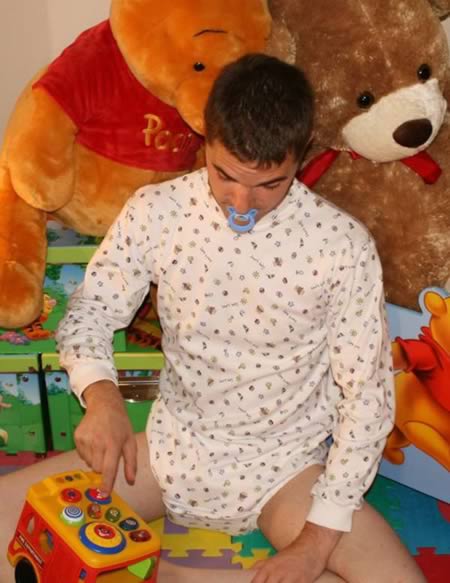 Behaviors may include drinking from a bottle or wearing diapers. 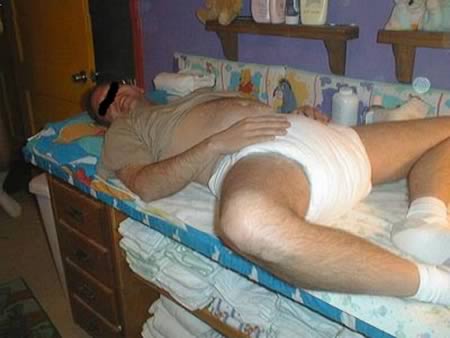 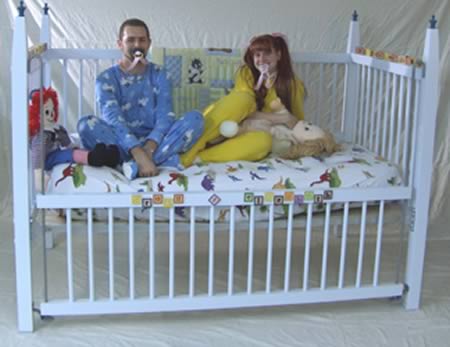 This adult crib costs $ 1,395 and it's sold by a website specializing in adult-sized baby furniture. 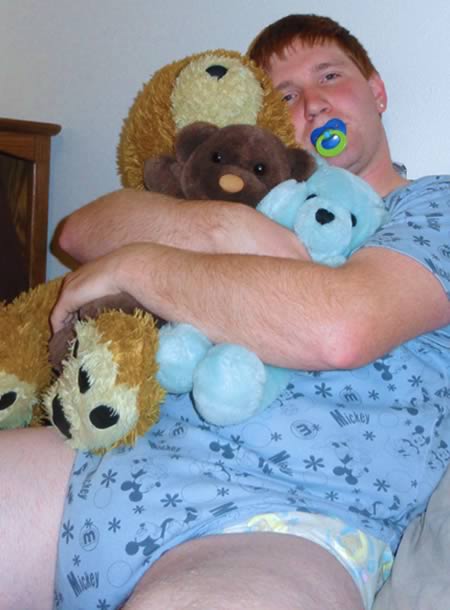 Acutely aware that many will label them as perverse, sexual fetishists, or presume there is something sinister going on, many adult babies are keen to distinguish their behavior as role playing. 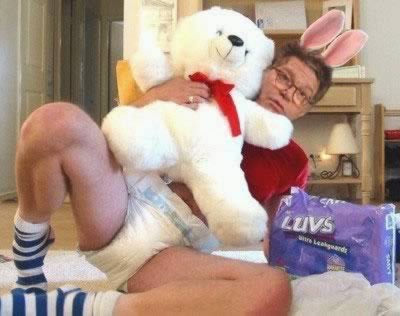 NOTE: Thanks to our readers for pointing out that this image is a photoshopped photo of Al Franken. 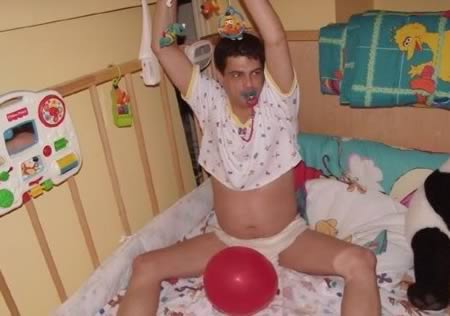 Some adult babies attend nurseries so they can fully express their feelings without being judged by their close ones. 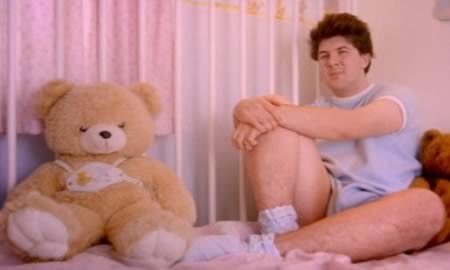 This baby believes that there could be up to 500,000 adult babies in America.