Let's hear a round of applause for the parents who go the extra mile to make their kids happy. 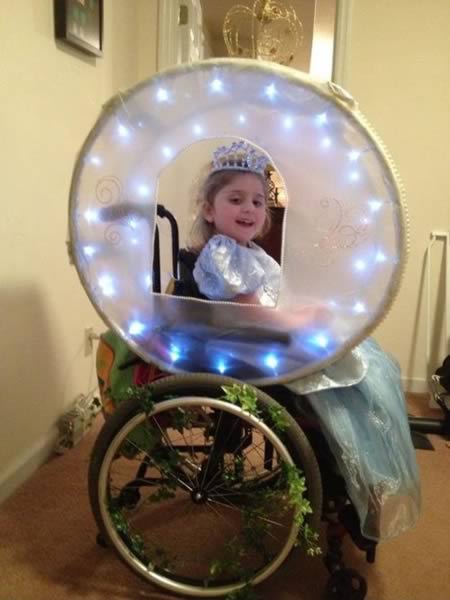 Princess in a carriage. 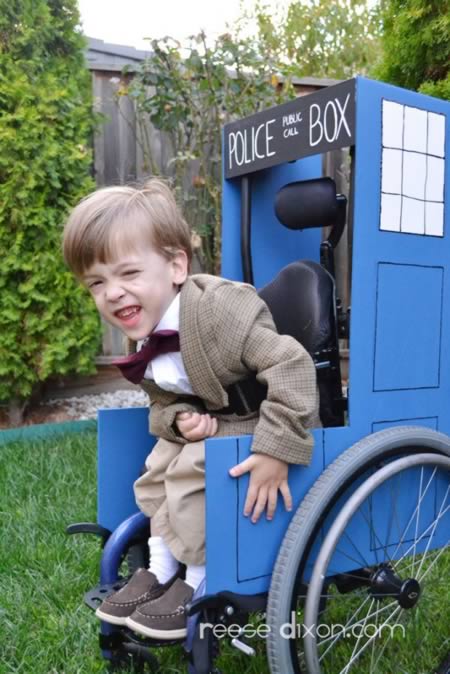 Atti, the son of Reese Dixon, moves through time and space in his own TARDIS while dressed as the Eleventh Doctor. Finding a tweed jacket proved nigh impossible, so she cut an adult one down to size and added a stylish bowtie but, sadly, no fez. 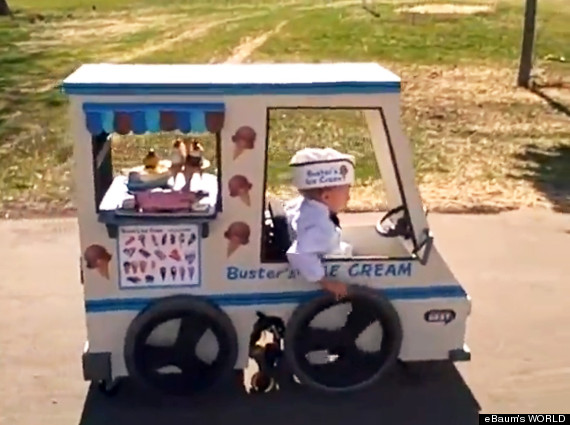 It happens every year: the dreaded scramble for Halloween costume ideas. While some parents settle on a store-bought ensemble, others go the extra mile and create their own. In 2011, the father of a little boy named Carter chose the latter.

Carter has spina bifida and uses a wheelchair, so dad created the boy's Halloween costume around the chair.

He built his son an ice cream truck complete with a back window filled with ice cream cones. On the side of the truck, he painted "Buster's Ice Cream." Carter dressed up in a crisp, white uniform. 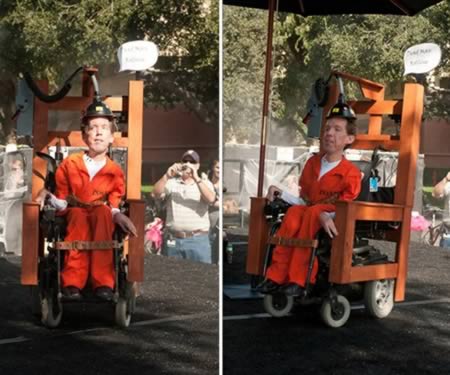 A man in a wheelchair uses his disability to create an awesome costume. 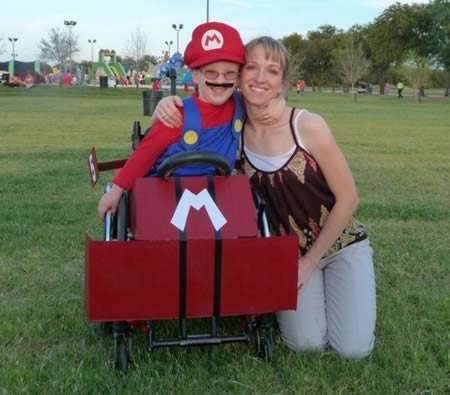 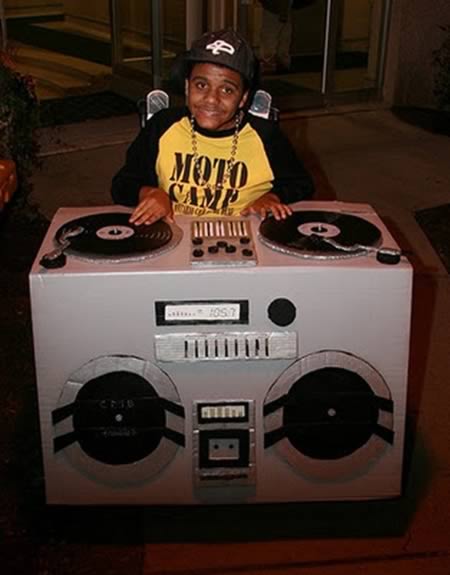 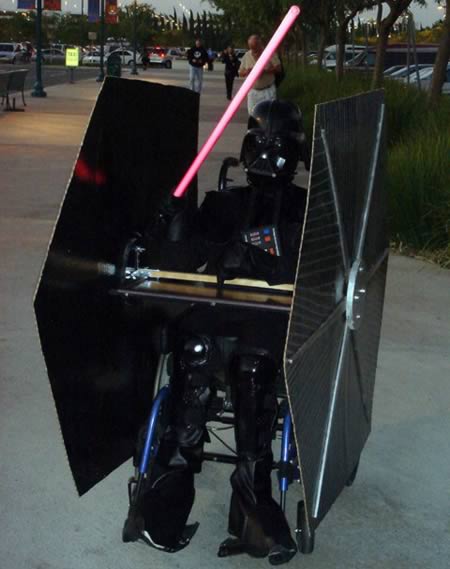 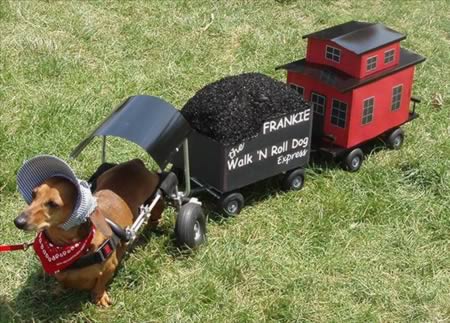 'Cause dogs have the right to be awesome, too. 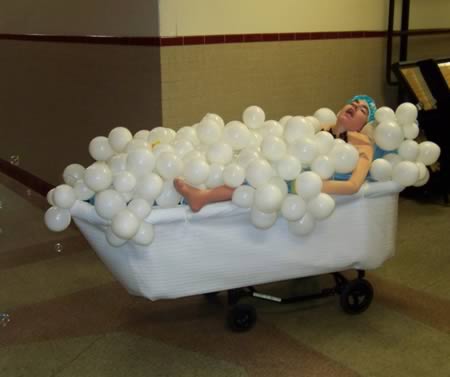 Man in the tub. 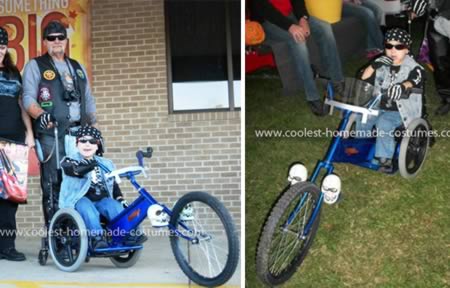 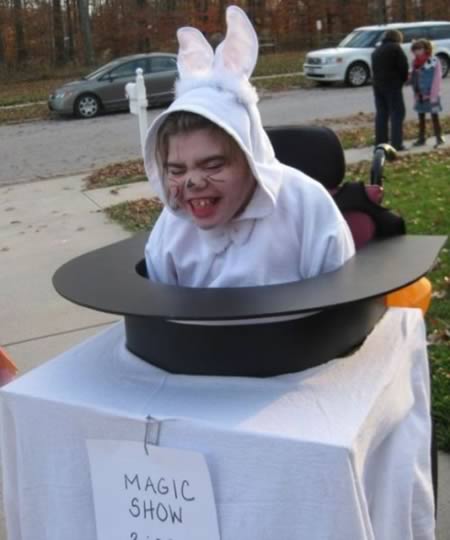 Rabbit in a hat. 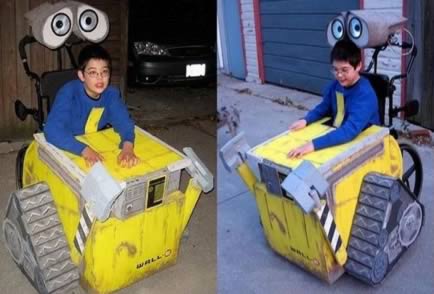