What's in a name? Well, for bank robbers it can range from what they look like to how they act during the heist. Have a look at these nine thieves and determine for yourself. 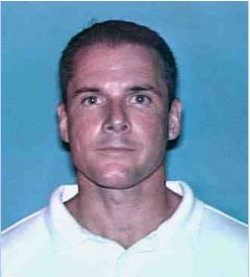 You don't have to look pretty to commit robberies. Take it from Steve Milam, the bank heistman who admitted to holding up 11 financial institutions in the Dallas area while wearing a $800, Hollywood-calibre “handsome guy” latex mask to disguise his ugly mug. Don't hate him because he's beautiful.

We don't know what a “Scottish clown wig” is, but that's what Toronto police called the getup that prompted the moniker “Krusty the Clown Bandit” for a man who robbed a bank in Scarborough around Halloween. Despite the presence of a comedica cartoon character, no one was laughing. Hoo-hoo-ha! 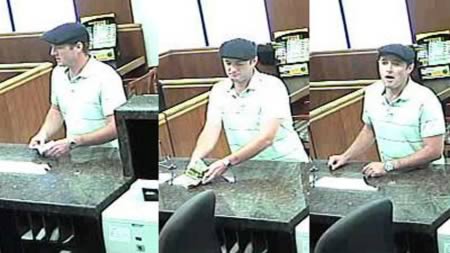 You'd think the life of a carefree, on-the-run bank robber would be exciting and adrenaline-filled. Apparently that wasn't the case for Adam Lynch, the Irishman dubbed the “Ho-Hum Bandit” in several Colorado-area bank robberies. The thief's bored look earned him his nickname, not to mention the fact that he yawned during one of the heists. He was nabbed by authorities in an Irish pub in downtown Denver after his woman ratted on him. Maybe he'll lead a more exciting life behind bars. 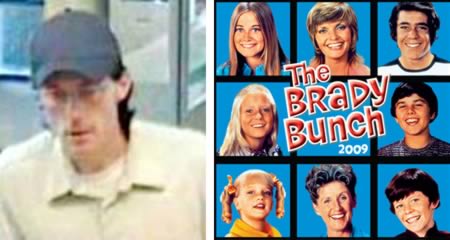 Bobby? Peter? Greg? We're still guessing which actor on “The Brady Bunch” a Denver-area bank robber resembles. His name came from witness accounts which described him as looking like one of the boys on the 1970s sitcom, which makes sense because there's no way the FBI is that in tune with pop culture. 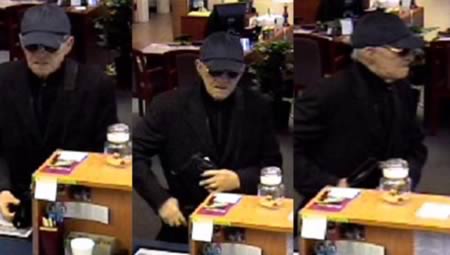 Whipper-snappers beware! San Diego may be known for its large retired population, but you don't want to get in the way of the “Geezer Bandit.” He's responsible for more than a dozen bank robberies in California and still remains at large, three years after his first heist was made public. It's been nearly a year since the last “Geezer Bandit” robbery, so it's possible he's hung it up to collect Social Security now. 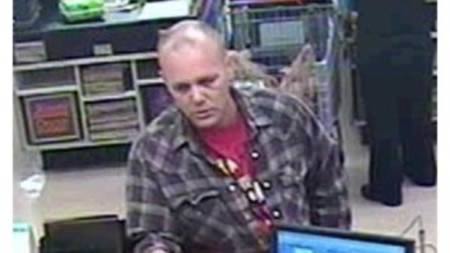 This robber has yet to be caught, which means he is vewy, vewy quiet. The “Elmer Fudd” bandit sports a flannel shirt and bald cap under his ball cap, earning him his nickname. “Fudd” has hit five banks in the Chicagoland area, so he isn't just huntin' wabbits. (Note: the wascally "Elmer Fudd Bandit" has since been trapped!) 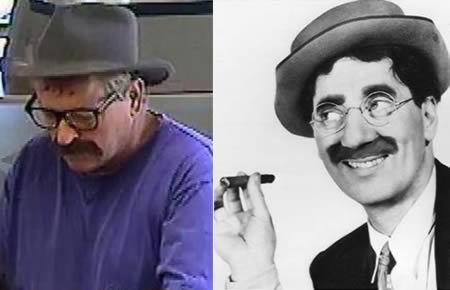 This bandit wasn't caught stealing duck soup and animal crackers from a kitchen. No, he's on the lam after two bank heists in Arizona. The fake mustachioed man wore a hat and heavy rimmed black glasses, giving him a resemblance to American comedian Groucho Marx. But the FBI isn't laughing, because they still can't find him for his monkey business. 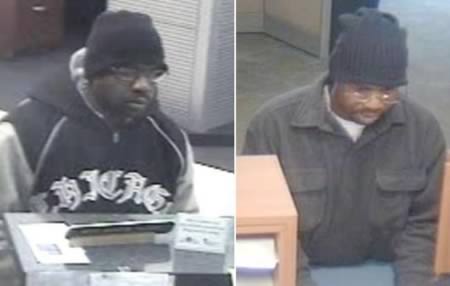 The so-called “Stringer Bell Bandit” isn't as well known for his business savvy in the underworld of organized crime as he is for his resemblance of a character from HBO's “The Wire.” Rather, he's a different kind of criminal -- one who's robbed at least five banks in one month in downtown Chicago. Let's hope there's a more peaceful end to this robber's crime spree than there was to that of his fictional Baltimore counterpart. 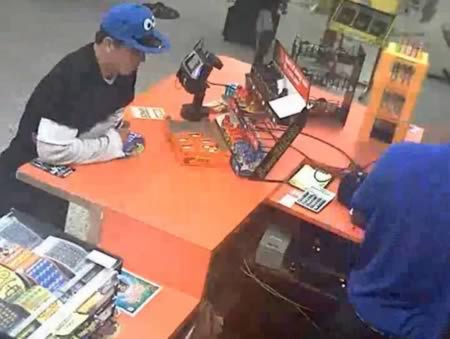 He didn't say, “Me want cookie!” but the “Cookie Monster Bandit” did demand money when he robbed a Florida gas station, and he did threaten violence. The Ocala heist occurred at a gas station when an armed man wearing a Cookie Monster hat took cash from the store's register then fled in a vehicle. Surprisingly, no cookies were reported stolen from the gas station.