Wild Wadi Water Park is considered to be among the top ten Dubai attractions. It is ideally located in Jumeirah, very close to the Burj Al Arab. Their main attraction is Jumeirah Sceirah, the tallest and fastest free-fall water slide outside the United States. It rises to 33 m (110 ft) with riders getting speeds to 80 km/h (50 mph).

2Slide Inside an Airport (Singapore) 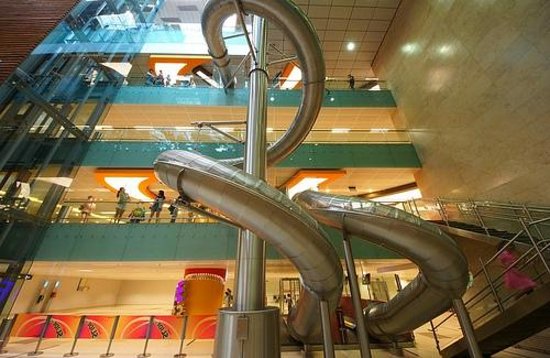 It can be hard to travel with children, which is why Singapore's Changi Airport was designed to be a family entertainment venue. Among its amenities is a 40-foot tall slide. It's the tallest slide in Singapore and the tallest slide in any airport anywhere. For every $22 spent in the airport, adrenaline junkies (or really brave little kids) get tokens for two rides on the slide. Visitors who don't want to travel at the speed of 19 feet a second, can take a ride down the shorter, one-and-a-half-story tall slide located at Terminal 3 Basement 2, which is free.

3Slide Inside a Mall (Canada) 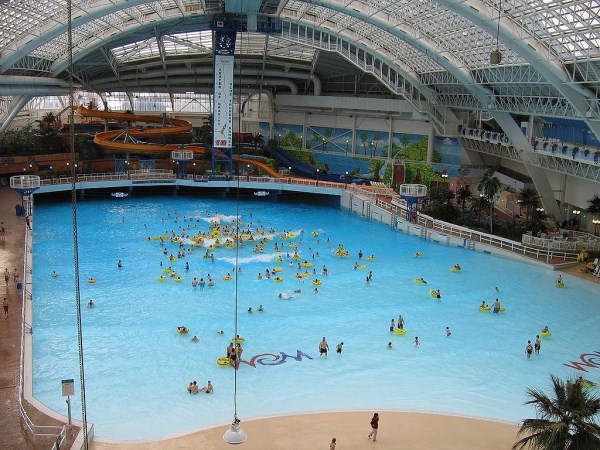 World Waterpark is the world's largest indoor waterpark with a size of roughly 30 acres. The World Waterpark opened to public in 1986. It is located in the West Edmonton Mall in Edmonton, Alberta, Canada. It has a maximum capacity of 40,000 guests. The highest slides in the park are Twister and Cyclone, which are both 83 feet (25 m) high. 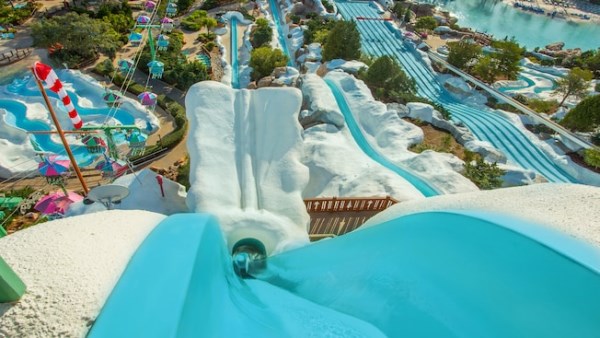 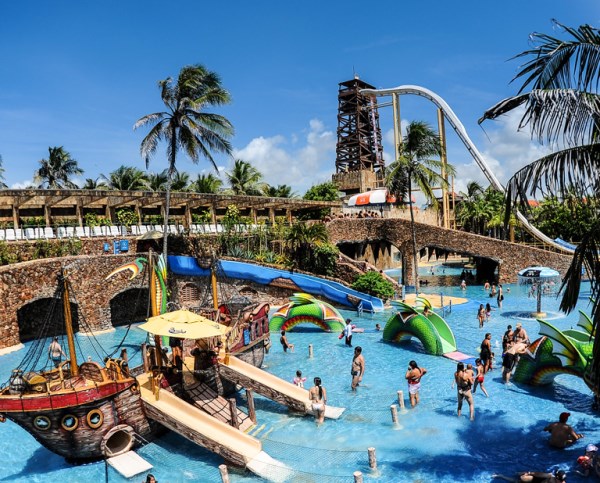 Located in Porto das Dunas, 16 km from Fortaleza, Brazil, Beach Park originated in 1985 out of a trendy beachfront restaurant. In 1989, it opened its water park, the first in Latin America, with three water slides. The Insano is the highest water slide in the world at 41 meters high, a record listed in the Guinness Book of Records. Its height is equivalent to that of a 14-storey building. As a consequence of its height and slope, this water slide provides an extremely rapid descent - taking between four and five seconds - at a speed of 105 km/h. Because of these characteristics, the Insano is considered the most extreme of this type of equipment on the planet. 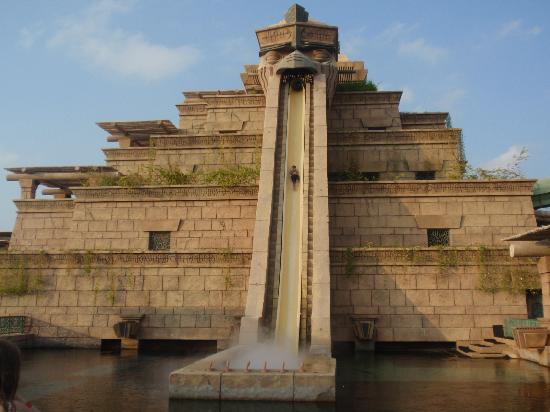 Luxury resort Atlantis The Palm, Dubai, is "larger than life", even in the context of extravagant Dubai. Like the Atlantis Bahamas, Atlantis The Palm has an Aquaventure water park with a near-vertical waterslide. The Leap of Faith waterslide plunges down from the top of the Ziggurat. The slide finishes in a clear tunnel in the shark lagoon. The Aquaventure area of Atlantis the Palm covers 42 acres (17 hectares), and has a 700-metre beach. 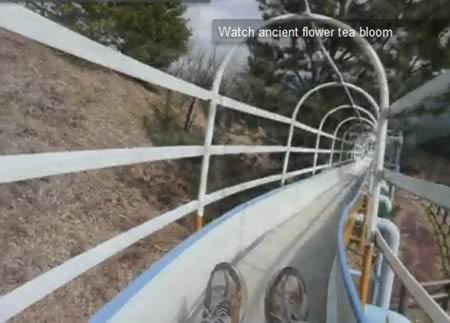 This slide comes in at an incredible 262 feet in length and is on the top of a mountain with a commanding view of western Kyushu's coastal plain. 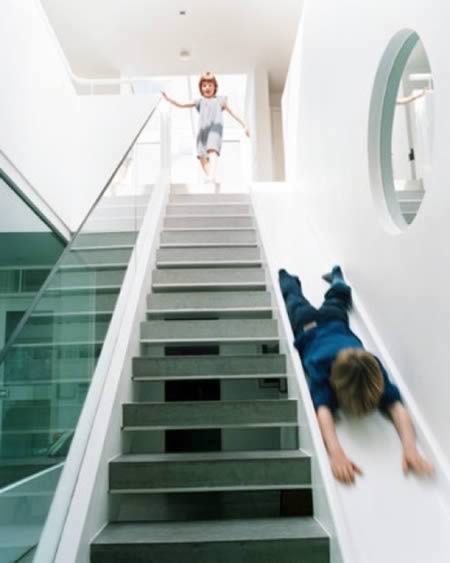 This creative slide next to the staircase was designed by London architect Alex Michaelis at the request of his children. Not only it adds originality but a lot of fun to their new eco-friendly dream home. In the picture, one of the children throwing caution to the wind and diving head first down the slide. According to Michaelis even grown-ups can't resist skipping the stairs. "We've been known after a big dinner party to use the slide”, he said. Creativity, originality and fun, what a perfect combination!