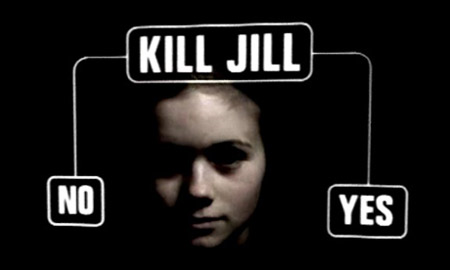 The Scottish government has avoided a ban for a hard-hitting TV campaign to drive organ donation, called Kill Jill, despite a number of complaints to the advertising watchdog that it was distressing and disturbing.

In the TV ad, created by agency The Union, people were urged to sign up for the UK organ donor register.

The ad featured a picture of a young girl's head with a voiceover and text asking: "Would you allow your organs to save a life? You have 20 seconds to decide."

Then the girl's face slowly becomes faded and distorted, with the voiceover and text stating: "Kill Jill?, yes or no. No ... register and you could save a life."

The campaign had worked, said the Scottish government, with a significant response and more than 108,000 people signing up to the register, outperforming the rest of the UK by a factor of three.

It added that the ad was not misleading because there was a direct correlation between the number of people on the donor register and the number of organs available for transplants. 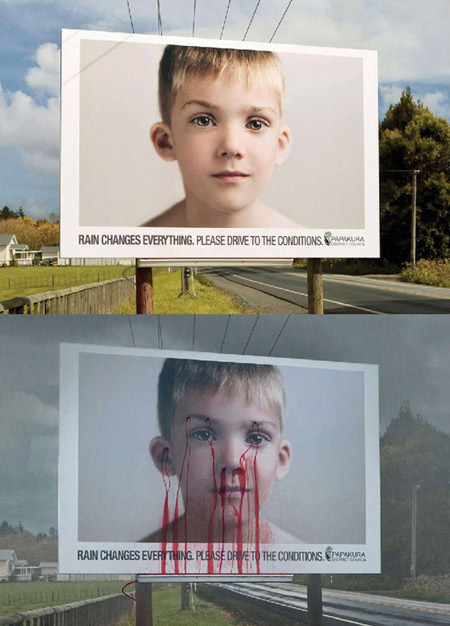 A bleeding billboard in New Zealand is being used to remind motorists to drive carefully during the rainy season.

The disturbing ad features portraits of children that bleed from the eyebrows, nose, ears and mouth when it rains.

The effect is startling and transforms fresh-faces into car crash victims above the strap line: ‘Rain changes everything. Please drive to the conditions'. When the sun shines they return to normal. 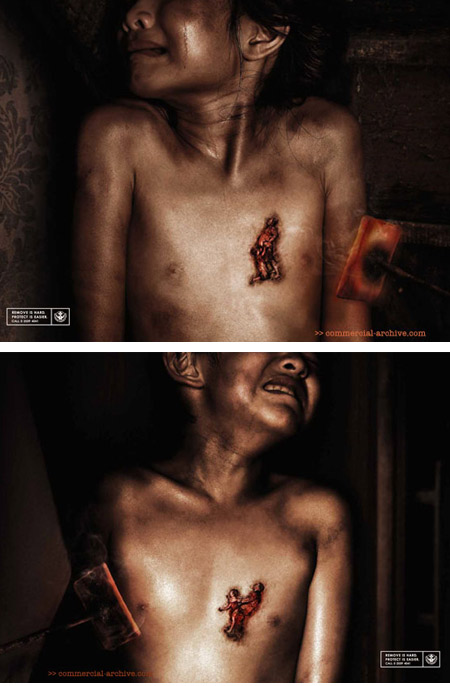 Disturbing graphics in these ads from Creative JuiceG1 in Bangkok for the Child Protection Foundation of Thailand. 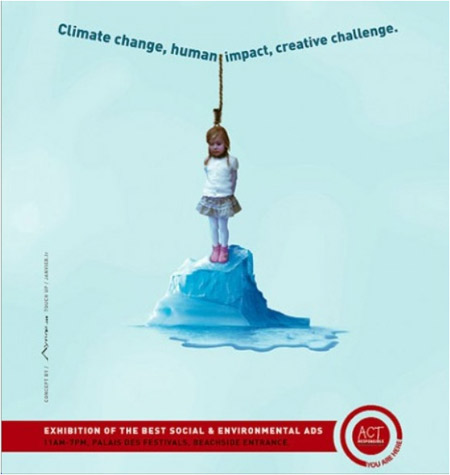 It seems gruesome images of children in trouble are popular marketing tools in the environmental movement. The group ACT-Responsible featured disturbing photo of a young girl in a noose.

These disturbing PSA ads by Juvenile Protective Association visually illustrate that “Verbal abuse is still abuse.” And unlike physical abuse which leaves visible marks on the outside, you are leaving wounds with your words that may take a young kid a lifetime to heal. These ads were created by EuroRSCG Chicago, USA. 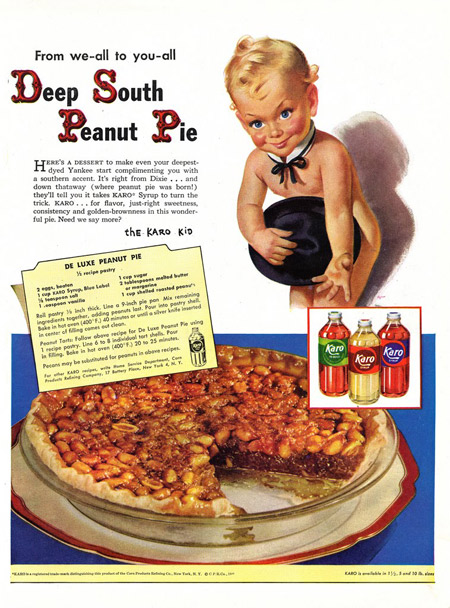 The disturbing thing about this ad is the fact that the Karo Kid apparently has nothing on underneath that hat. Thanks to that other naked cherub in our lives. 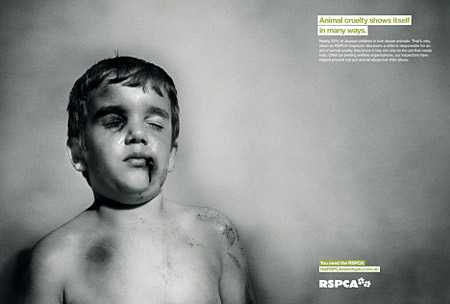 Animal welfare organisation RSPCA is linking the abuse of animal rights with domestic violence in this disturbing print campaign.

The abuse and killing of animals is far more prevalent in households where domestic violence also occurs. Perpetrators abuse family pets to intimidate and have more control over their parents.

According to statistics, the Australian animal rights association RSPCA figured out, nearly 57% of domestic violence abuse victims delay leaving to seek help, fearing if they do their pets will be harmed or killed. 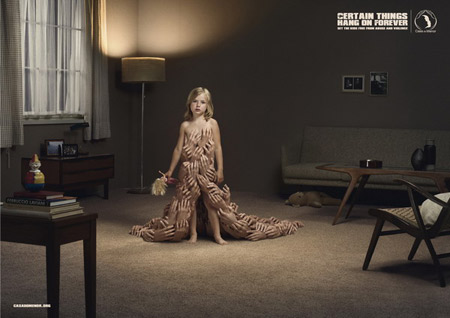 One of the horrible and tormenting realities of human world is the abuse and pain human beings inflict on little innocent children and other human beings. Casa Do Menor's latest campaign titled ‘Hands' against sexual and other kinds of abuse of small children is very disturbing. The tag line: Certain Things hang on forever.

The print campaign designed by famed ad agency McCann Erickson Spain for Casa do Menor shows a child being tormented by ‘hands' and the pain in the eyes of the little one is very haunting; public awareness campaigns should be such to make a long lasting impact on the minds of masses. The displaced and broken toys in the picture depict how childhood gets robbed and little ones get burdened with pain which they don't even understand. 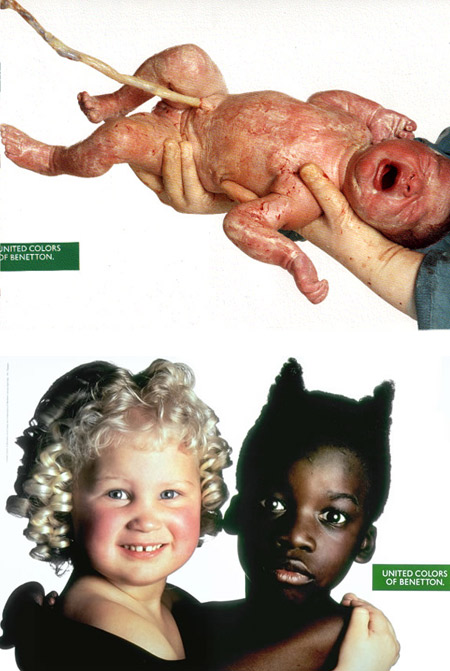 The Benetton Ads are, for the most part, very disturbing and at times revolting. The concept behind the ads is interesting; using such stunning and horrifying images certainly does seem to get people's attention.