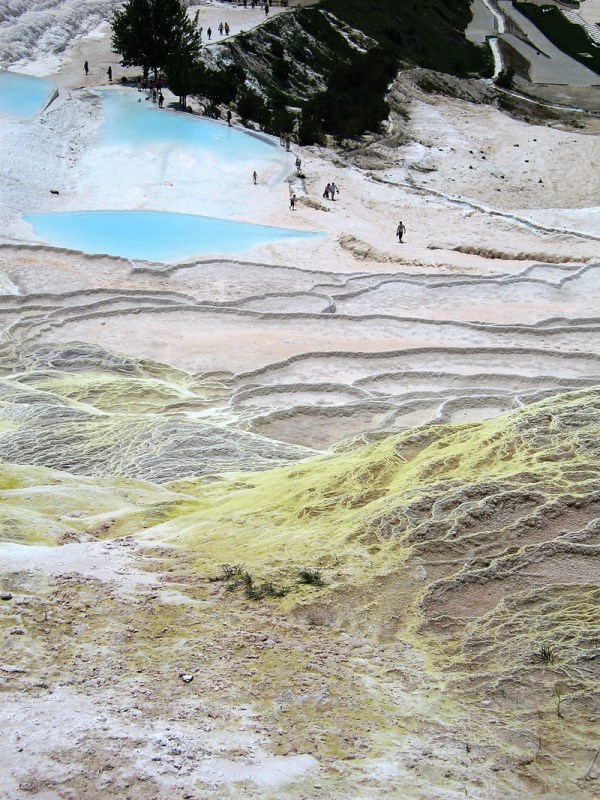 In Turkish the name literally means Cotton Castle and it is easy to see why it was given that name. Yet this geological wonder is also the site of the ancient city of Hierapolis and over the centuries the two have seemed to come together, almost merged into one. In fact some of the old tombs in the city's necropolis have become part of landscape. The site itself is a series of travertines and hot springs. The travertines here have a concentric appearance and are almost sheer white giving the area an ethereal appearance. The hot springs precipitate calcium carbonate at their mouths and produce the strange almost organic looking structures. 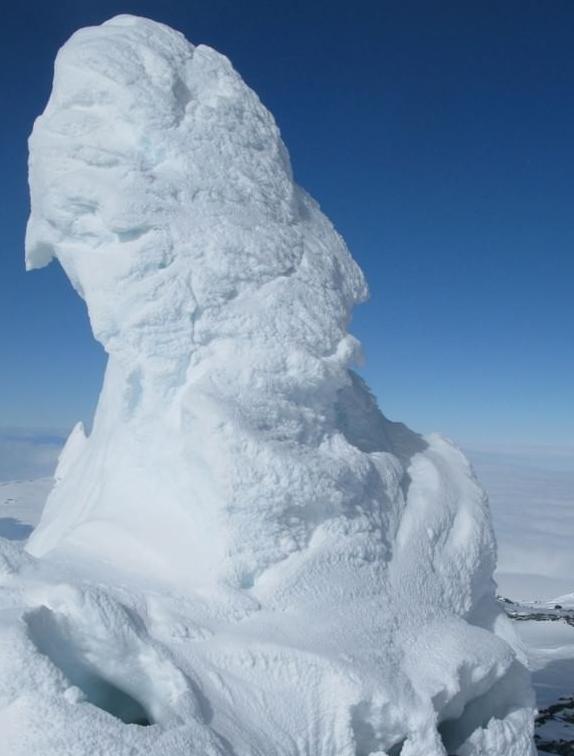 Mt. Erebus is one of the largest active volcanoes on Earth. It reaches nearly 4 km above sea level, and is renowned in volcanological circles for its persistently active lava lake, which is sited in the summit crater. The hot volcanic gas steaming from Erebus does more than fuel for the lava lake. Hot gasses traveling up through cracks and fractures in the volcanic rocks surrounding the Erebus summit have created an intricate system of ice caves all over the mountain. 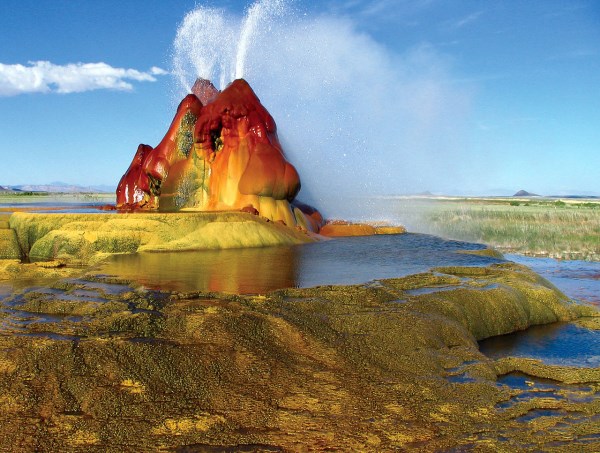 These look as if they were taken on another planet, or at least on the set of a new and very expensive science fiction movie. Yet these pictures are of the Fly Geyser which is very much of planet earth (Nevada, US to be exact). The geyser can be found in Hualapai Valley near Gerlach. It is a little seen phenomenon as the land upon which it sits is private. It can be seen from State Road 34 but unless you have permission the view from a distance is all you should attempt. Back in 1916 the owners of the place were looking for water in the hope of creating rich farmland in this desert area of the state. They came across water, yes, and the well worked for decades. However, the drill that was driven down a shaft hit a geothermal pocket of water and the result was a geyser. 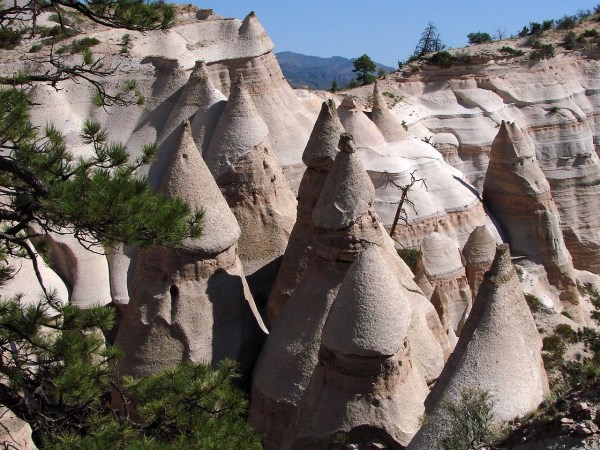 New Mexico's Kasha-Katuwe Tent Rocks National Monument, where erosion chisels rock formations formed by explosive volcanic eruptions between six and seven million years ago. While the formations are uniform in shape, they vary in height from a few feet to 90 feet throughout the 4,000 acre monument.

5The Valley of the Moon (Argentina) 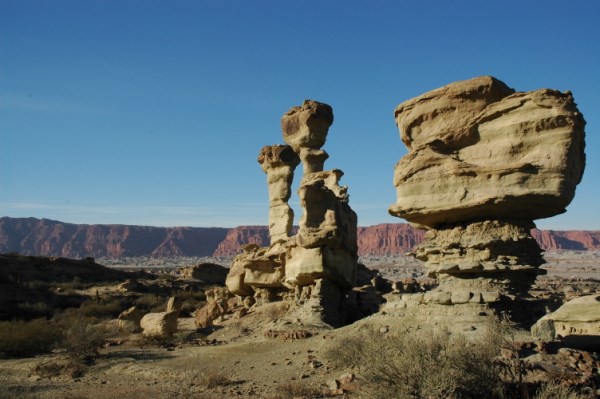 Ischigualasto, meaning “the place where you put the moon” is a remote valley in Argentina. It is studded with geological formations left by wind erosion, amazing standing stones and boulders that are so rounded they look like enormous marbles. The valley's once-fertile ground is now arid and contains so many plant and animal fossils that paleontologists come from all over the world to study them.

Erosion over the millennia unearths the fossils as well as other geological formations such as a host of almost spherical concretions. The wind, inexorable and patient, has pounded the local bedrock for an age. Revealed, the boulders that mudstone – in its original wet form, helped to form look as if giants have been playing marbles. 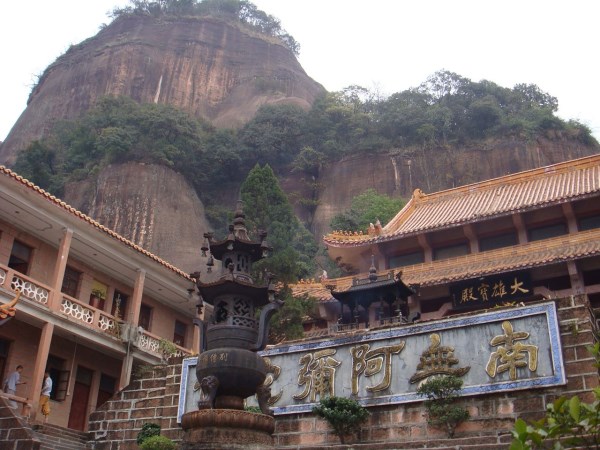 This unique geological phenomenon, known as a 'Danxia Landform', can be seen in several places in China. This example is located in Zhangye, Gansu Province. Danxia, which means "rosy cloud", is a special landform formed from reddish sandstone that has been eroded over time into a series of mountains surrounded by curvaceous cliffs and many unusual rock formations. 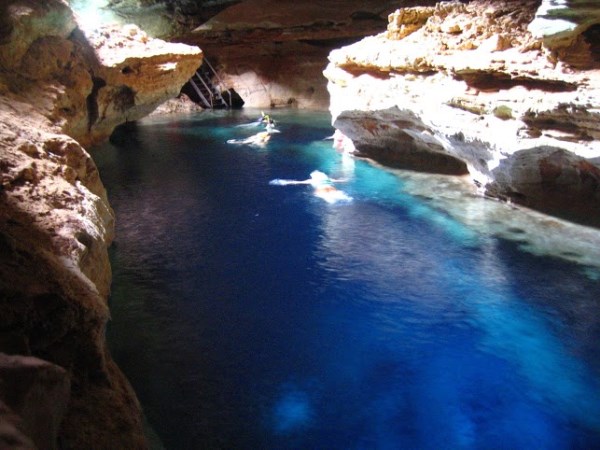 Poço Encantado, or Enchanted Well, is located in the Chapada Diamantina National Park in Bahia state, approximately 400 kilometres inland from Salvador, the capital city of Bahia. This giant sunken pool is 120 feet deep and the water is so transparent the rocks and ancient tree trunks are visible on the bottom. When the sun is just right, light comes through a crevice and creates a blue reflection on the water. Access to this pond is highly controlled for environmental protection of its rare and delicate ecosystem. 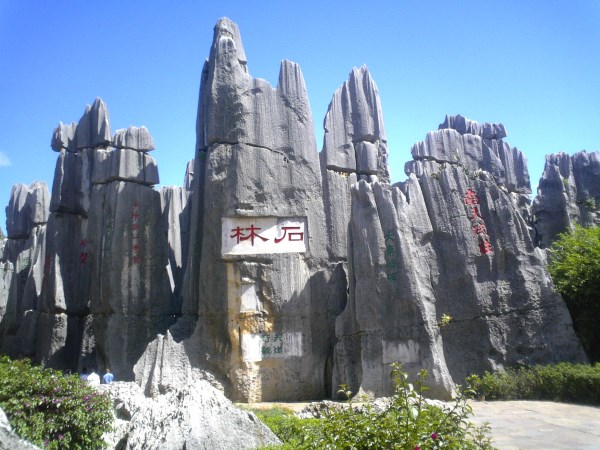 The Shilin (Chinese for stone forest) is an impressive example of karst topography. Its rocks are made of limestone and are formed by water percolating the ground's surface and eroding away everything but the pillars. It's known since the Ming Dynasty as the 'First Wonder of the World.' 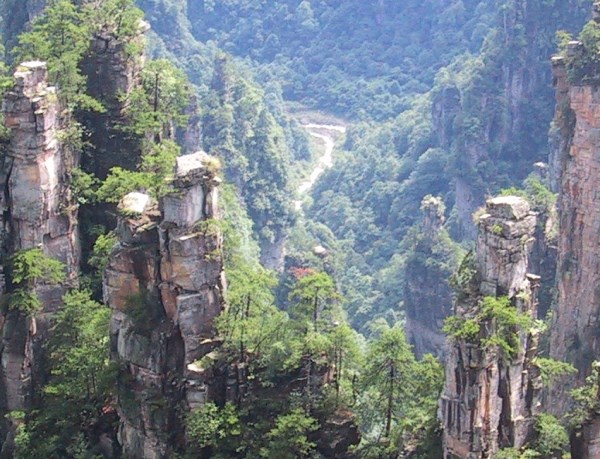 The Hunan region is full of dramatic landscapes and the magnificent Wulingyan is one of their biggest attractions. This geological wonder is made up of over 3000 limestone karsts. There are scenic waterfalls and some of Asia's biggest limestone caves. 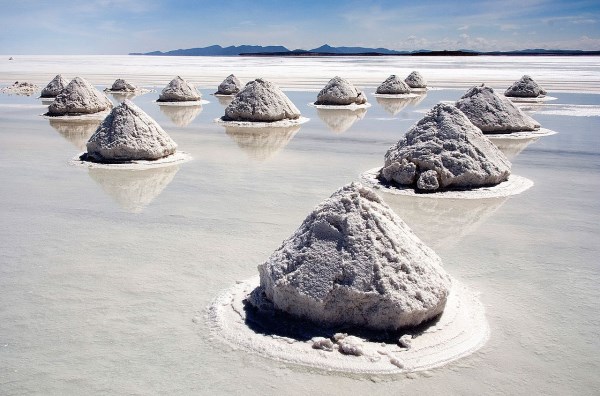 The Salar is one of the iconic images of Bolivia, a massive salt desert in the middle of the Altiplano. It is an expansive, virtually flat desert that reflects the sun in such a way as to create a mirror effect with the sky. There are several lakes in the desert with strange colours from the mineral deposits in the region.

Some 40,000 years ago, the area was part of Lake Minchin, a giant prehistoric lake. When the lake dried, it left behind two modern lakes, Poopó Lake and Uru Uru Lake, and two major salt deserts, Salar de Coipasa and the larger Uyuni. Uyuni is roughly 25 times the size of the Bonneville Salt Flats in the United States. It is estimated to contain 10 billion tons of salt, from which less than 25,000 tons is extracted annually.