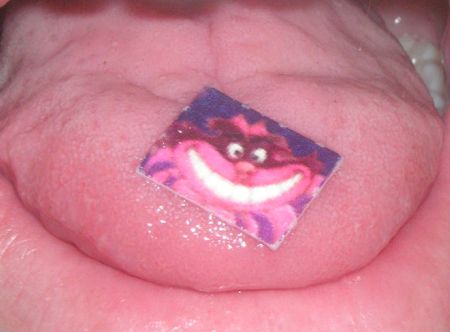 Many people know in the fifties and sixties, the government experimented with LSD to test its properties as an agent of war, but few people know that the psychiatric community also took interest. Studies in the fifties showed that using LSD to treat alcoholism resulted in a 50% success rate -shocking compared to the 10% success rate from Alcoholics Anonymous. Scientists in Baltimore have recently taken up this research again to see how effective the drug is in treating alcohol, sedative, opium and heroin addiction.
In the Spring Grove State Hospital in Maryland, researchers provided terminal cancer patients with LSD to see if it could help reduce their anxieties about death. One third of the patients said they felt dramatically less tense, less depressed, less afraid of death and in less pain. Another third reported these conditions reduced moderately and the last group said their condition did not improve at all, but also did not worsen.
LSD was also used for psychotherapy during the sixties. A study of doctors in the UK who treated their patients with the drug showed the majority of them believed the substance was effective and safe in treating patients.
The drug has also proven to be an effective pain reliever for chronic pain. Even at rates below psychedelic dosages, LSD was found to be at least as effective as opiates and much longer lasting.
More recently, Harvard Medical School interviewed cluster headache patients who used LSD to treat their condition and seven out of eight said it relieved the headaches and helped put them in remission. Furthering this research, a study at McLean Hospital found that 53 cluster headache sufferers who took either LSD or magic mushrooms reported beneficial effects and that the quantity of the drug can be far below the psychedelic dosage in order to be effective. 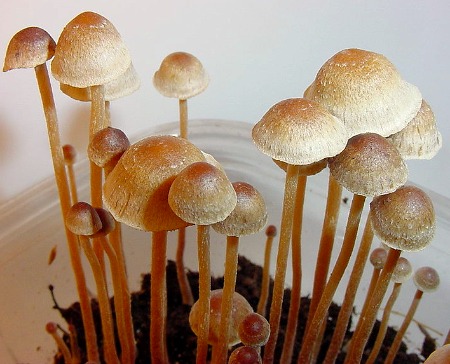 The psyclobin found in magic mushrooms has many similar effects as LSD, particularly when it comes to the treatment of cluster headaches. Just like acid, an amount too small to provide psychedelic effects can still relieve the pain and reduce the frequency of the headaches.
The drug is also promising in treating OCD. A University of Arizona study showed that those with the condition went through temporary remission and in one patient, the remission lasted for a full six months. While the researchers admit the study is not proof that the drug can serve as a treatment, they say it is promising enough to warrant further study. 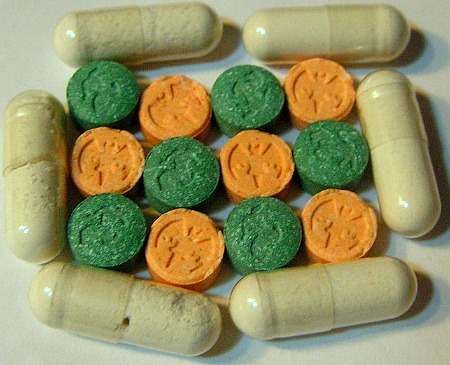 The MDMA chemical compound that makes ecstasy so blissful to partygoers may also be useful in treating anxiety disorders. While formal studies have not yet been conducted, psychologists from the Norwegian University of Science and Technology argue that when combined with immersion therapy, the drug's ability to release oxytocin levels could make MDMA an ideal drug to use with a complete treatment program. They sum up their theory by saying, “MDMA has a combination of pharmacological effects that, in a therapeutic setting, could provide a balance of activating emotions while feeling safe and in control.”
The drug may also be able to treat Parkinson's disease through the release of serotonin levels in the brain. While researchers still do not understand how the treatment works, it has proven effective in studies using mice and one Parkinson's sufferer, ex-stuntman Tim Lawrence, who has shown notable improvement in his condition. He is able to go from barely being able to move to being able to perform somersaults and cartwheels shortly after taking one dose of the drug.
Victims of Post Traumatic Stress Disorder (PTSD) are also showing a positive response to treatments involving ecstasy. Psychologists who performed a study using therapy and MDMA found the drug gave them a window of time where the patient experienced fewer fear responses and could adequately handle the therapy that is critical to work through their condition.

4Cocaine And The Coca Plant: A Topical Anesthetic, Laxative, and Motion Sickness Medicine 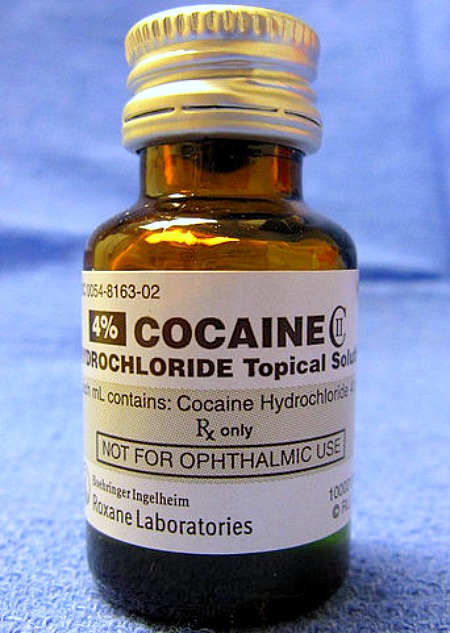 Long before rock stars started doing lines off of super models' breasts, cocaine was once widely hailed as a wonder drug that could be used to cure everything from headaches to alcoholism to hay fevers. While modern medicine has discovered much safer treatments for most of these conditions, the drug is still occasionally used as a topical anesthetic for eye, nose and throat surgeries. It has recently also been used as a topical treatment applied to upper palate of those who suffer from severe cluster headaches.
Although scientists have largely accepted that the use of cocaine in the medical field is outweighed by the risks, the same is not true of the coca plant, where cocaine is derived from. Unlike cocaine, the plant contains multiple alkaloids (cocaine is made of only one) and is prone to less abuse because it must be consumed orally.
Research on the medical uses of coca leaves has been rather limited, but Andean cultures have used the leaves for medicinal purposes for centuries. One American physician, Andrew Weil, believes these cultures may be on to something and suggests that coca leaves may be able to treat motion sickness, laryngitis, constipation and obesity.

5Heroin: One Of The World's Greatest Pain Relievers 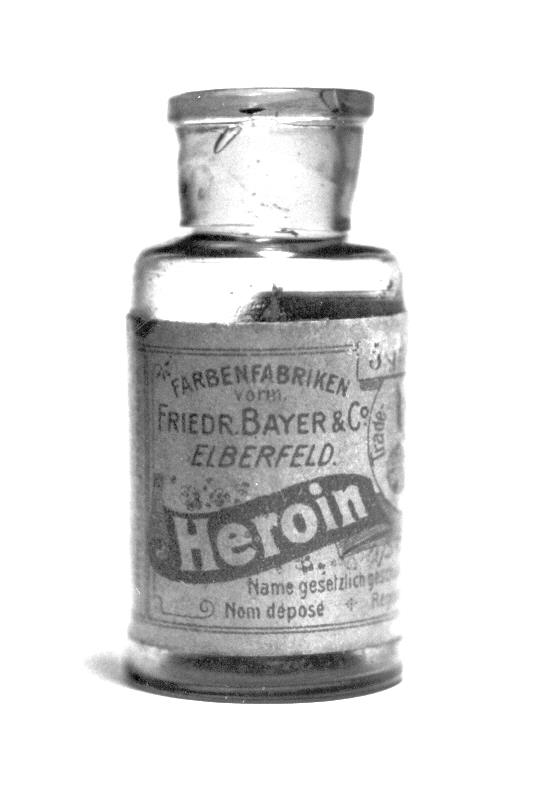 Like cocaine, heroin's effects were once touted to be a miracle cure-all. Although the drug's dangers are well-known, particularly its tendency for abuse, the drug is still one of the most effective and safest treatments for extreme chronic pain, like the suffering experienced by cancer patients. Medical literature has shown that it is much safer than other drugs given in its place, including the synthetic opiate oxycodone. Unfortunately, the federal government's complete ban on the drug prevents hospitals and other medical facilities from using the substance, even when it seems to be the only effective and safe pain management option.

6Ketamine: The Magic Treatment For Depression 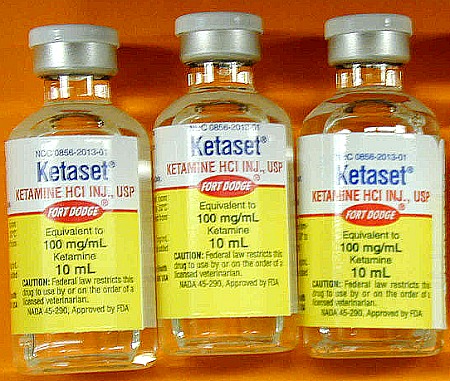 This animal tranquilizer, commonly referred to by the street name “special K,” has proven to be quite adept at treating clinical depression, even in persons who have not responded to other treatments. A Study by the Connecticut Mental Health Center found that 70% of their test group, none of whom had any luck with traditional depression treatments, responded positively to Ketamine treatment. Even more interesting was the fact that the drug was able to repair neuron connections in the brain that had previously been damaged by chronic stress. Ronald Duman, the senior author of the study, noted Ketamine “is like a magic drug -- one dose can work rapidly and last for seven to 10 days.” 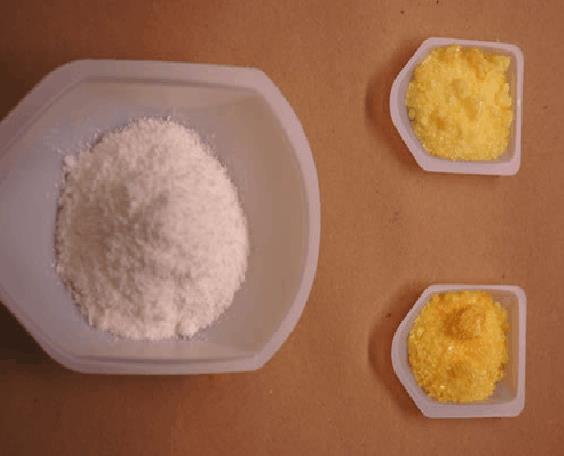 Amphetamines are currently used by the medical community to treat a handful of conditions, including narcolepsy and ADHD. The State University of New York reports that in some cases, they have also proven to be effective in treating depression and obesity.
One of the most surprising uses for amphetamines is the use of the drug to help stroke victims recover more quickly. A study by the Karolinska Institute of Sweden has shown that the treatment may be very helpful for those who have been debilitated by a recent stroke.