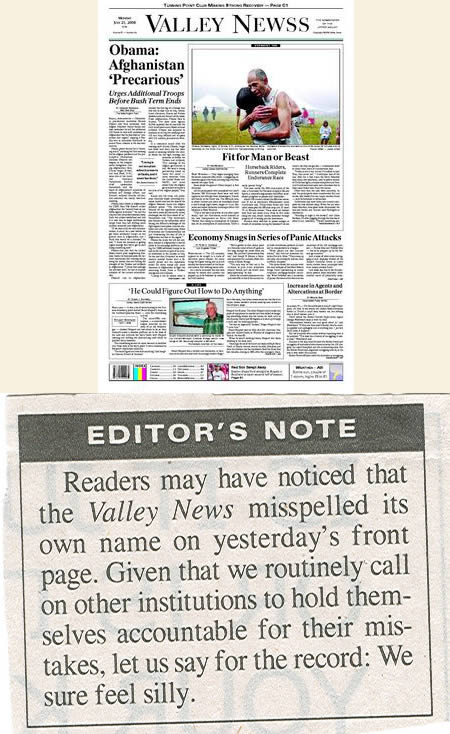 Misspells are common, but misspelling your own name? That's what New Hampshire's Valley News did! 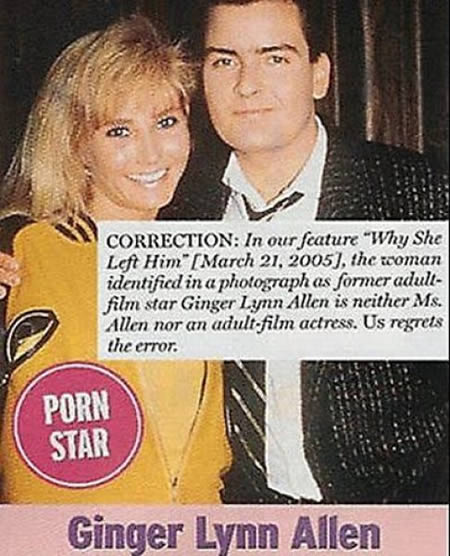 “Oh, sorry for calling you a whore”! 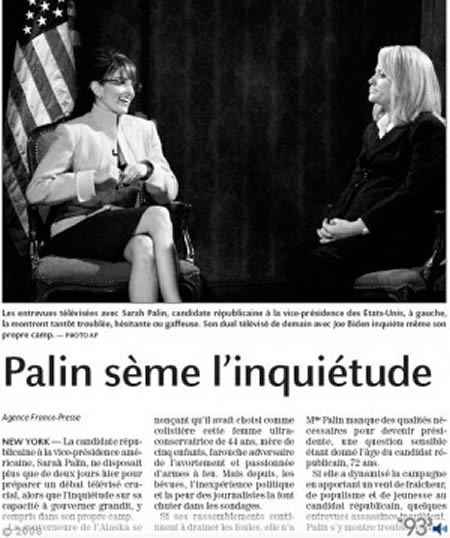 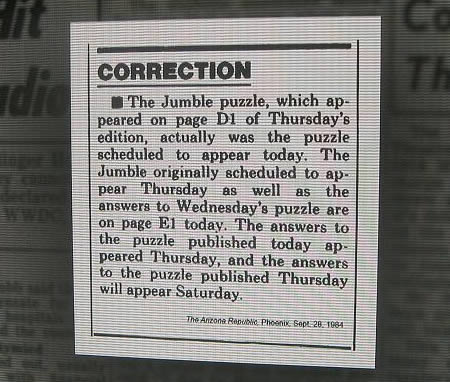 This correction is a puzzle altogether. 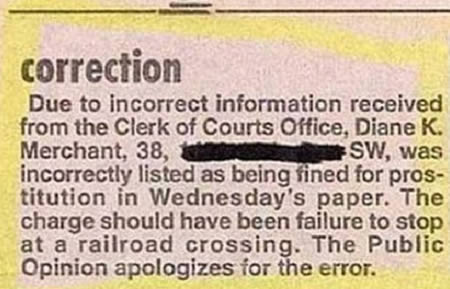 Cause prostitution and failing to stop at a railroad sign are soooo similar. 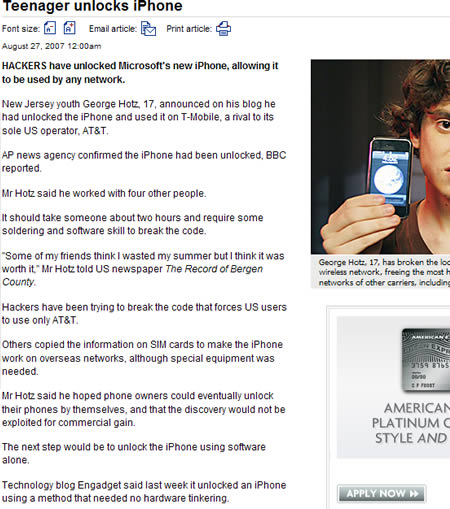 The Herald Sun, Australia's largest daily newspaper, published a news flash online with the following subhead, “HACKERS have unlocked Microsoft's new iPhone, allowing it to be used by any network.” No word on whether they called Microsoft for a comment. 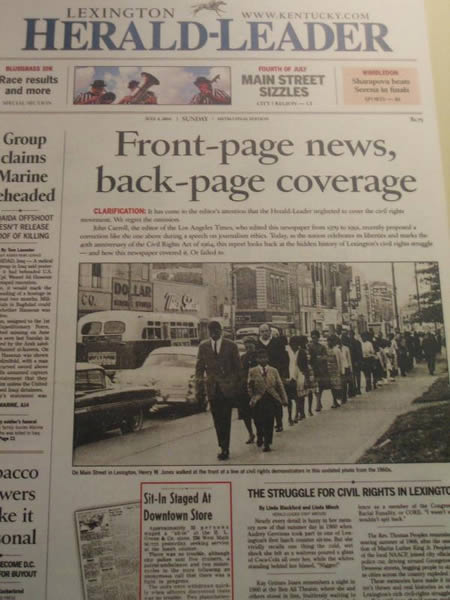 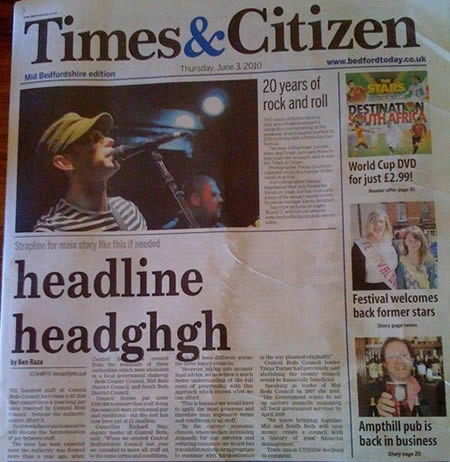 British newspaper has given up on writing headlines entirely. 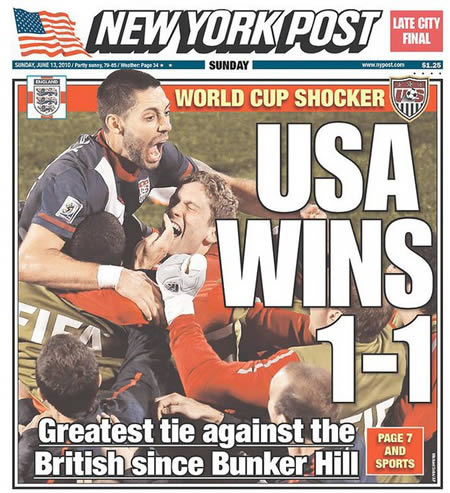 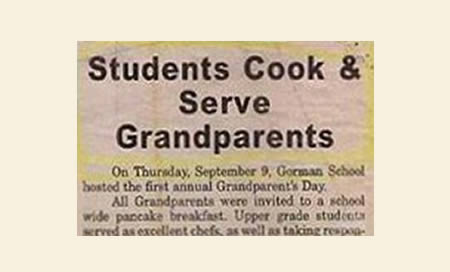 Poor oldies.. they thought they were having a dinner to celebrate Grandparent's Day but instead they became the dinner. 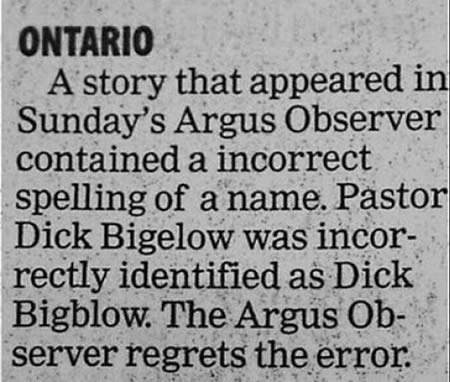 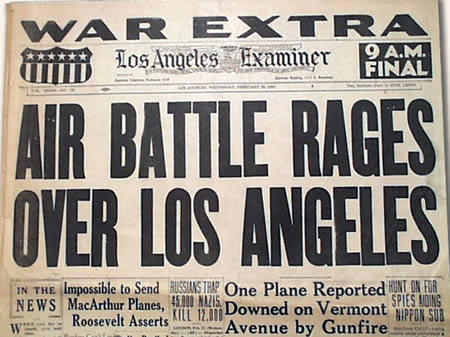 The Los Angeles Examiner “War Extra” of Feb. 25, 1942, proclaimed in large letters across its front page: “AIR BATTLE RAGES OVER LOS ANGELES“. The thing is, there was no air battle over Los Angeles. Just some hysteria run amuck. During the night of February 24/25, 1942, unidentified objects caused a succession of alerts in southern California. On the 24th, a warning issued by naval intelligence indicated that an attack could be expected within the next ten hours. Probably much of the confusion came from the fact that anti-aircraft shell bursts, caught by the searchlights, were mistaken for enemy planes. 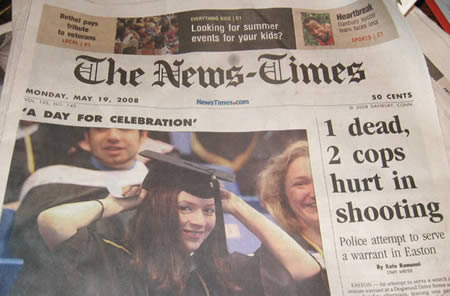 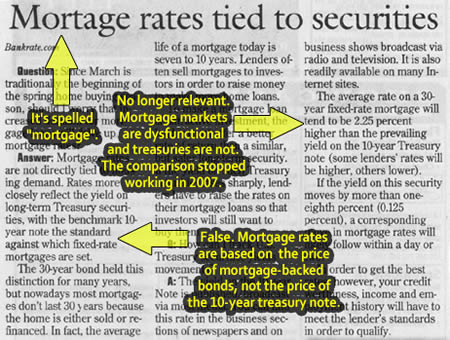 There is not only a misspelling mistake but also wrong information.