Misspellings can't be good, but to have it in a super size panel makes it much worse. Check out these twelve misspelled billboards. 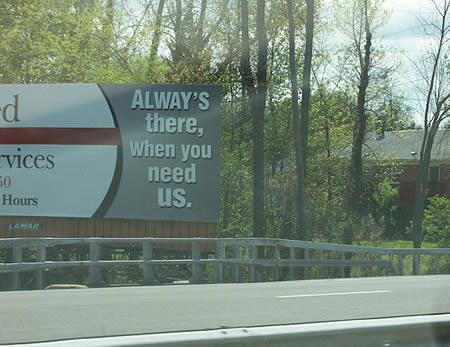 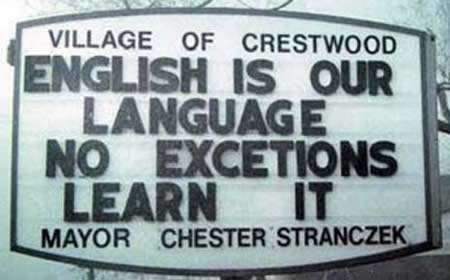 No exceptions, not even for me! 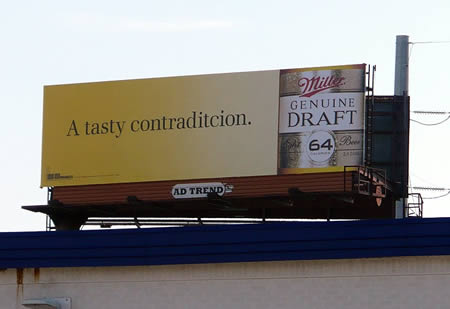 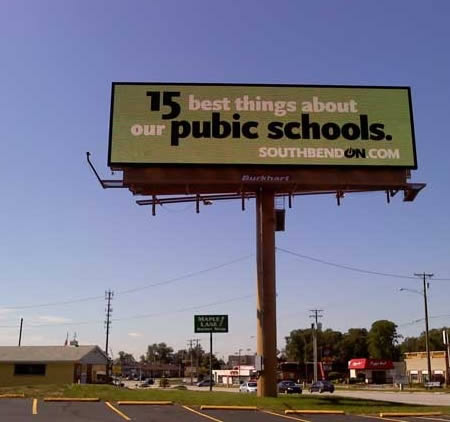 What a difference a letter makes, huh? 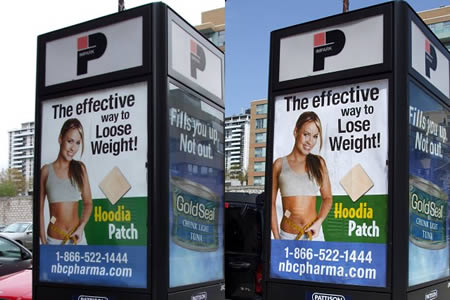 It looks like some ad pillars went on a diet after several people pointed out that this advertisement had a rather embarrassing misspelling in gazillion-point type. 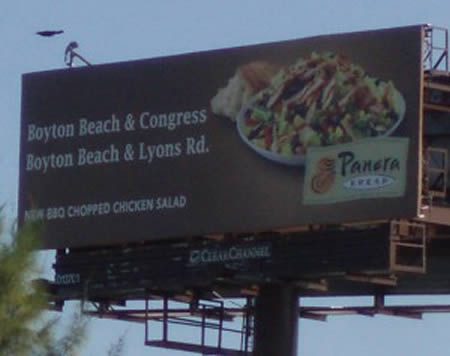 Panera Bread learned the hard way a cardinal rule for advertisers: check the spelling. The company put up a billboard on southbound Interstate 95 that promoted the two Panera locations in Boynton Beach. But the next day, the company took the billboard down after sharp-eyed commuters noticed that the word "Boynton" was spelled incorrectly. Twice. 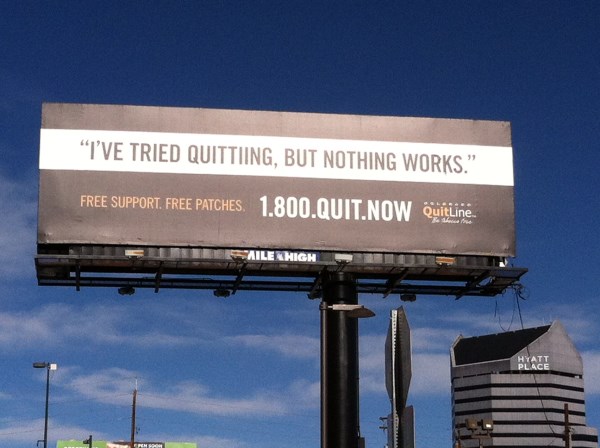 This is a huge end cap ad for Seagate. Seriously. 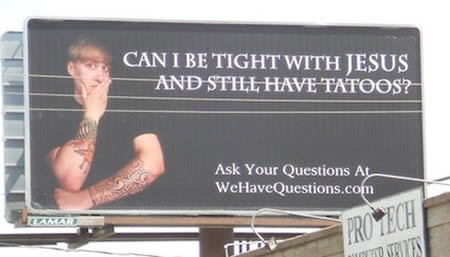 Someone misspelled tattoos on an unintentionally gay billboard.
Double woops or double win? 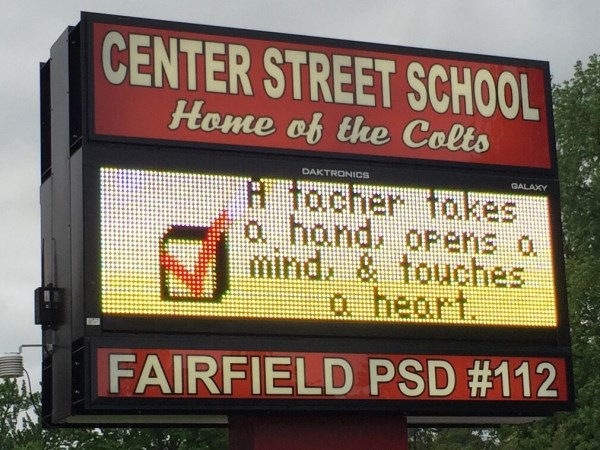 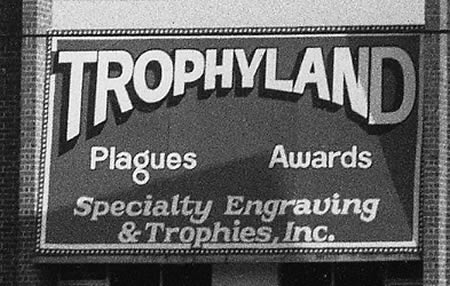 About ten years ago, this was Atlanta's best-known misspelled sign. It was visible from I-85 near Jimmy Carter Boulevard. Trophies and plagues. Do they also do pestilences? Or maybe just plaques? 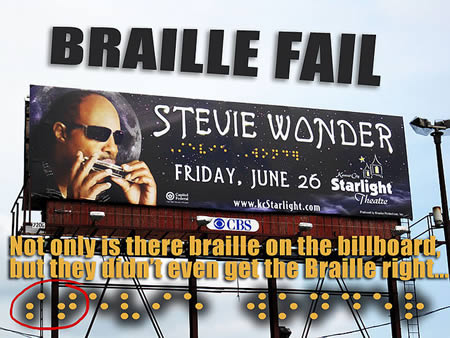 So if it weren't enough to just HAVE Braille on a billboard... Let alone small enough so that nobody who even has PARTIAL sight can see it, they misspelled Stevie Wonder's name!

NOTE: our reader Jewels explains: "The only thing wrong with the Braille alphabet in the Stevie Wonder billboard, is that the capital sign is not used. The letters are correct. " 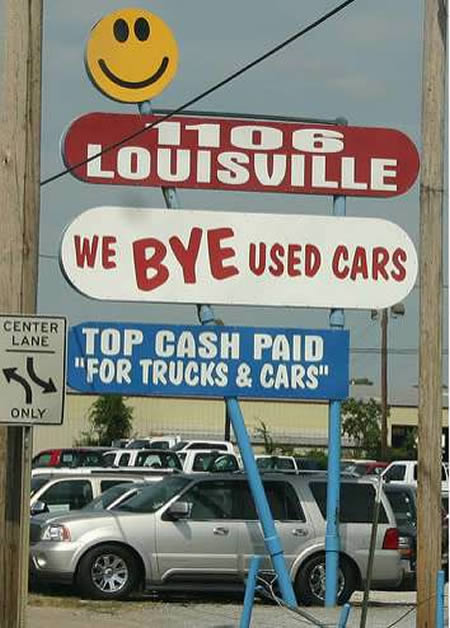