Human beings are "hard-wired" from birth to identify human faces. This allows people to use only minimal details to recognize faces from a distance and in poor visibility, but can also lead them to interpret random images or patterns of light and shade as being faces, something called Pareidolia. 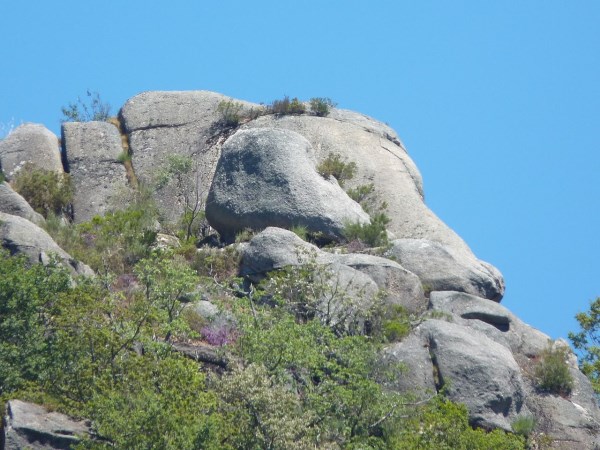 This fine melan­cholic tree face was photo­graphed in Ottawa, Canada, along the Rideau River in 2005 by James MacDougall. 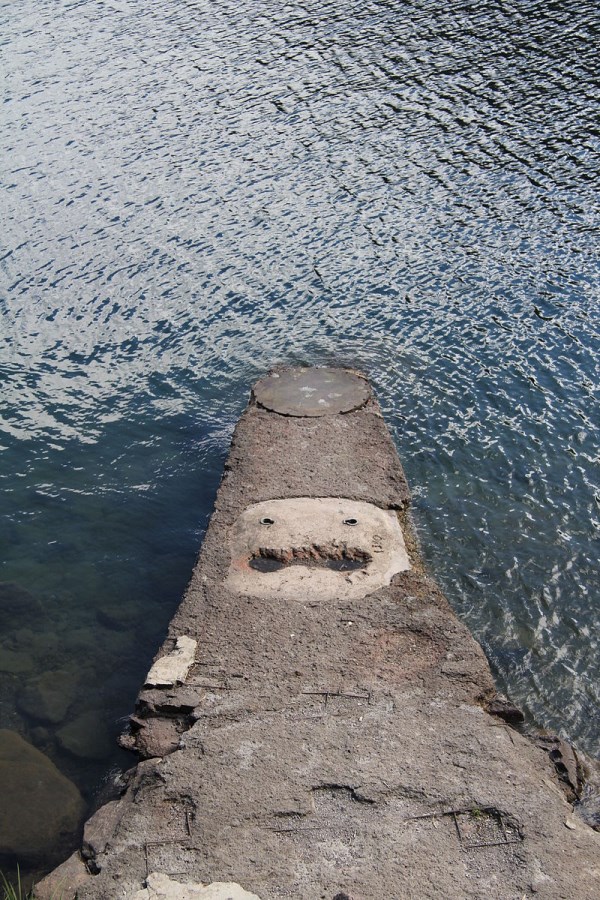 Is that tree smiling to me? 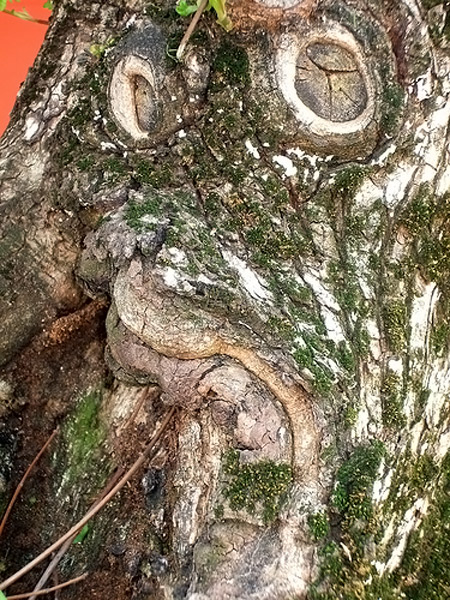 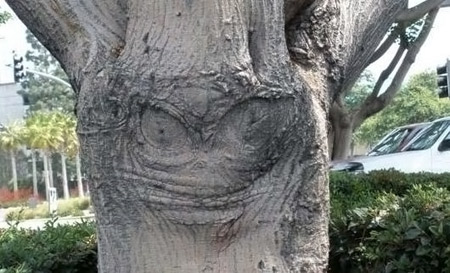 Strange face in a tree of San Diego, USA. 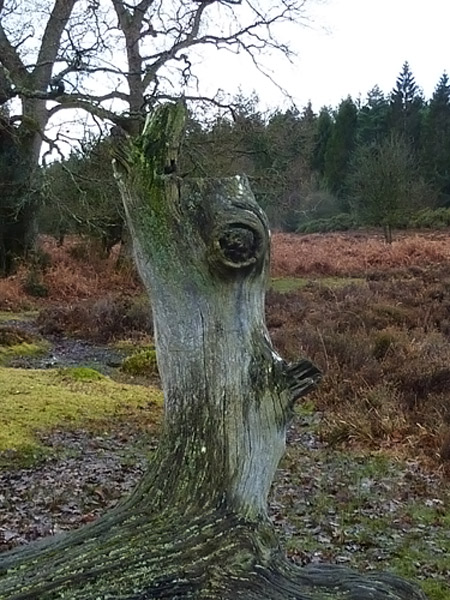 A funny face viewed from the right angle. 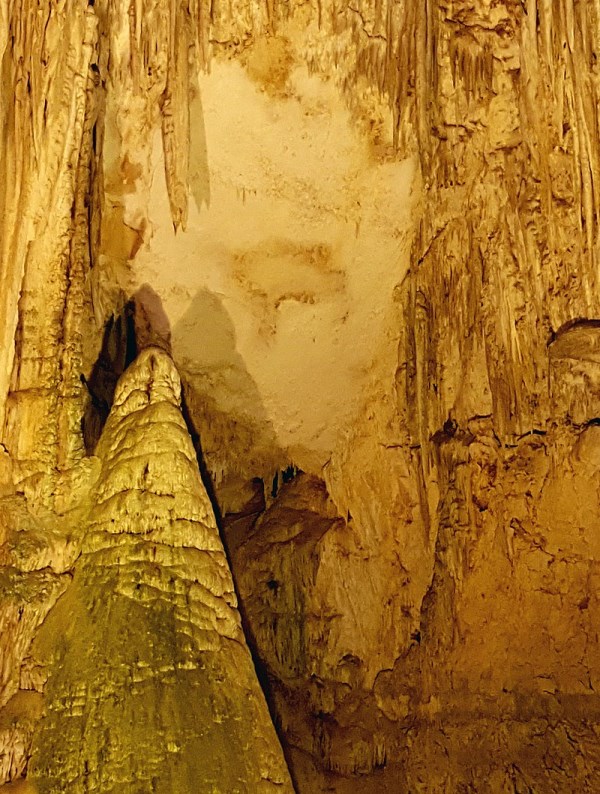 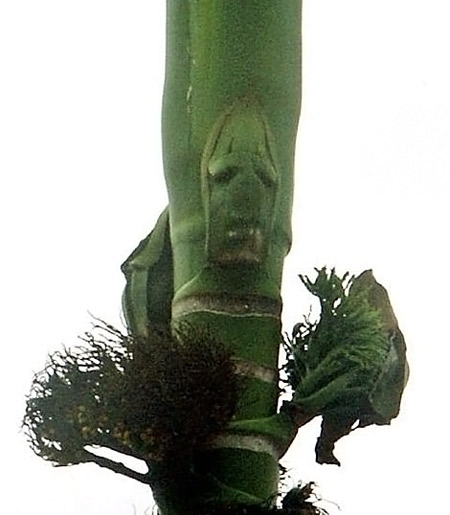 Scores of people flocked to a village in northern Malaysia to see this betel nut tree which has sprouted a human-like face. The unexplained phenomenon has led villagers in Kampung Paya to dub it the "ghost tree." 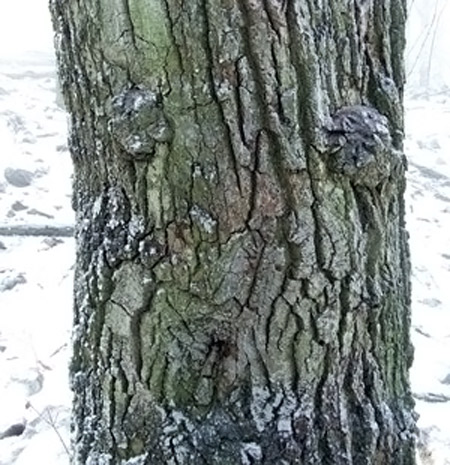 Haunting face imprinted on a tree. 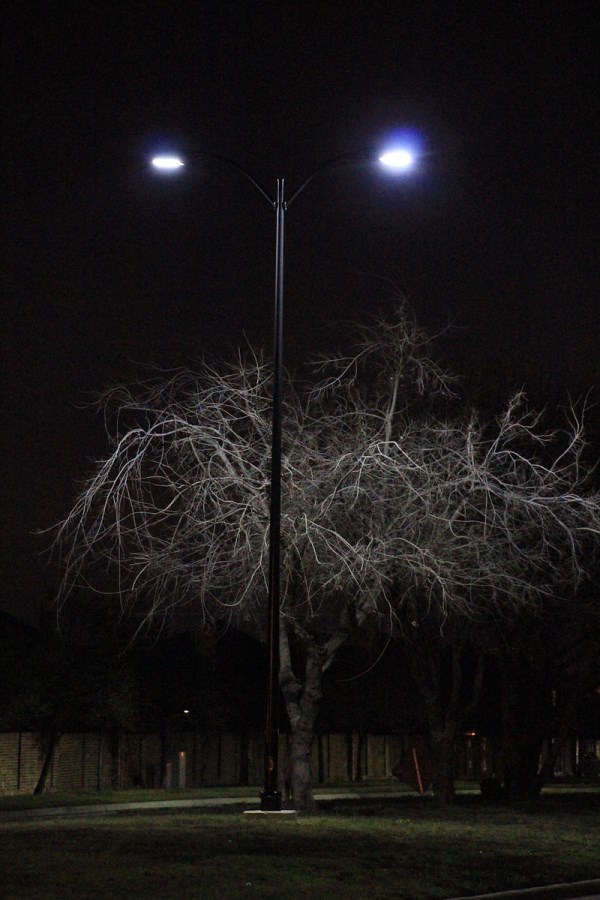 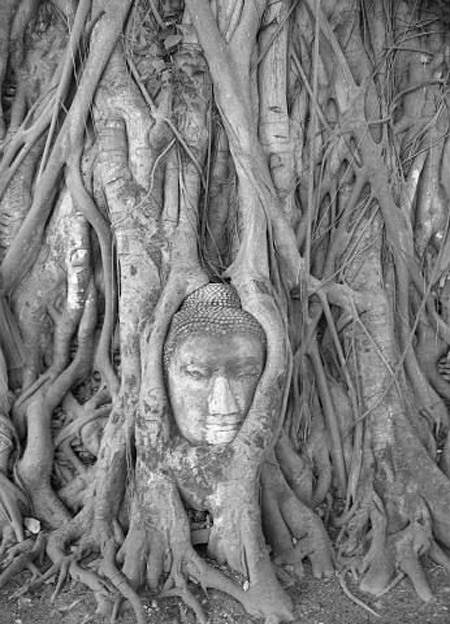 Buddha's face in a tree.

NOTE: This is an actual Buddha head, separated from its body during the Burmese sacking of Ayutthaya in Thailand several hundred years ago. No one knows why the head was left where it was (others were destroyed or removed) but the tree grew its roots around it and now it is a very sacred part of the Wat Pra Mahatat historical complex. 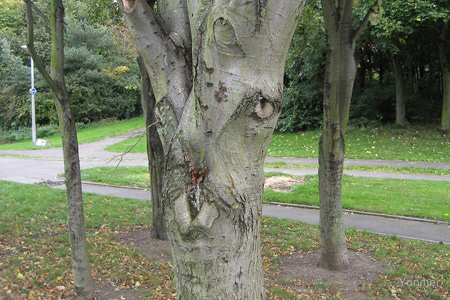 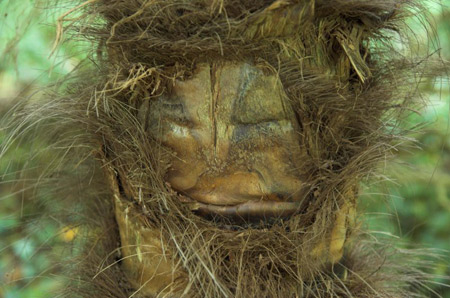 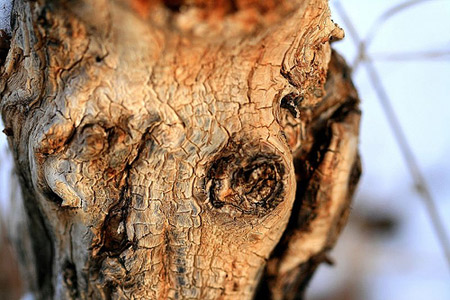 It resembles an animal face, doesn't it?