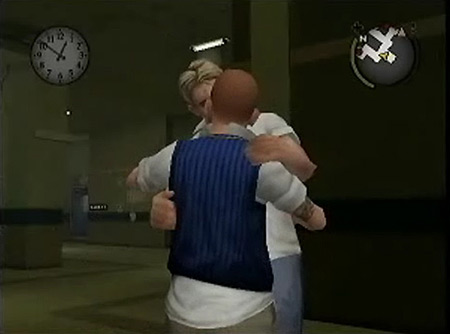 Reason: Violence in a school setting.

Bully has caused controversy among parents and educators. Groups such as Bullying Online and Peaceaholics have criticized the game for glorifying or trivializing school bullying.

The game's ending depends on how you, the player, pilot your 15-year old character, Jimmy, through his first year at the unfriendly Bullworth Academy prep school. If you choose to defend the geeks, they'll have your back if you run afoul of the jocks. If you team up with the bullies, you might find yourself at a disadvantage with the preps. 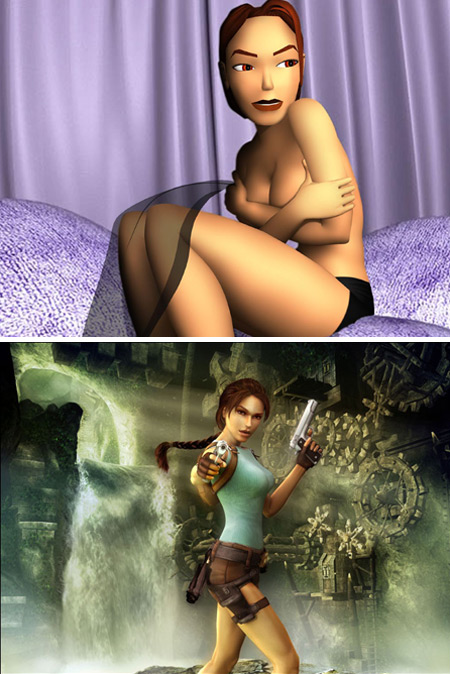 When Tomb Raider hit the games market, it did so with a good degree of corporate muscle behind it: indeed the game was launched as a significant part of the Sony Playstation offensive. The success of the game is arguably attributable to this synchronicity between new techniques, a highly immersive and involving game space and game narrative and the controversial (and opportunistic) use of a female lead. Lara is provided with a narrative past appropriate to her status as an adventurer and an aristocratic English accent – a greater degree of characterization than the norm. Certainly, fans and critics suggest that none of these factors alone can explain the world beating success of the first game and its many sequels. "Lara's phenomenal success wasn't just about a cracking adventure, other games had that too. Lara had something that hooked the gamers like nothing has before. At the center of Tomb Raider was a fantasy female figure. 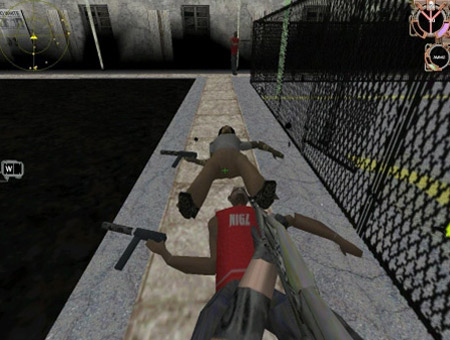 Reason: Extreme racism
Ethnic Cleansing (2002) is a controversial computer game developed by Resistance Records, an underground music label specializing in Neo-Nazi and white supremacist bands. In the game, the protagonist (the player can choose either a skinhead or a Klansman) runs through a ghetto killing black people and Latinos, before descending into a subway system to kill Jews. Finally he reaches the "Jewish Control Center", where Ariel Sharon, former Prime Minister of Israel, is directing plans for world domination. The player must kill Sharon to win the game. 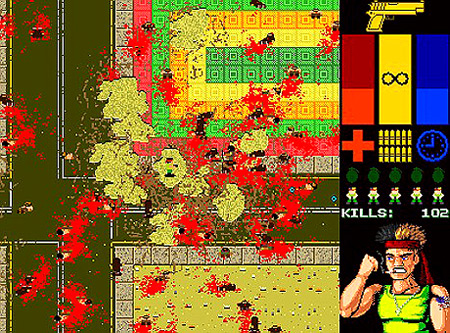 Reason: Critics say the game of modern religious genocide contains a blatantly destructive message but there is little authorities can do about it.

Muslim Massacre: The Game of Modern Religious Genocide is a controversial 2008 amateur computer game by Something Awful forum member Eric Vaughn under the screen name "Sigvatr."It is a top-down shoot 'em up video game. The aim of the game is to kill all Muslims that appear on the screen.

Reason: Resident Evil 5's 2007 E3 trailer was questioned for its depiction of a white protagonist killing black enemies in a small African village. Newsweek editor N'Gai Croal began the criticism, stating, "There was a lot of imagery in that trailer that dovetailed with classic racist imagery." He acknowledged that only the preview had been released. 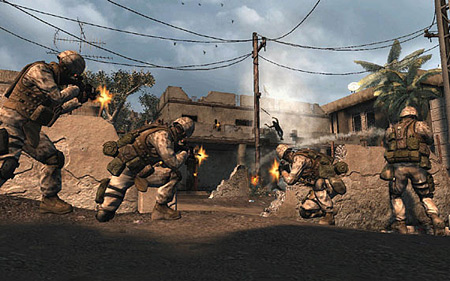 Reason: The game was opposed by both the public and critics alike for "Glamorizing" and "Glossing over" the real-life massacre at Fallujah. This caused the former publisher, Konami, to oppose the game and stop publishing it.

Six Days in Fallujah is a third-person shooter video game described by the developer, Atomic Games, as a survival horror game. It is the first game to focus directly on Operation Iraqi Freedom, mainly the Second Battle of Fallujah or Operation Phantom Fury. The game follows a squad of U.S. Marines from 3rd Battalion 1st Marines over the span of six days. The premise of the game has been the subject of controversy; questions have been raised as to its appropriateness, especially given the fact that the true event the game is based upon was so recent. It was originally to be published by Konami. On April 28, 2009, a spokesman confirmed to the Associated Press that Konami was no longer publishing the game. 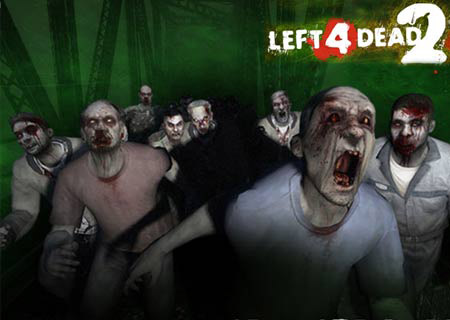 Reason: The cover art in the UK had to be altered due to a potentially offensive hand gesture being depicted. The game was banned in Australia for its excessive violence and gore. The game's New Orleans setting so soon after Hurricane Katrina was considered "a bad call". Finally, Left 4 Dead 2 was accused of being racist after incorporating black infected into the game, Valve quickly stated this was only for population diversification purposes. 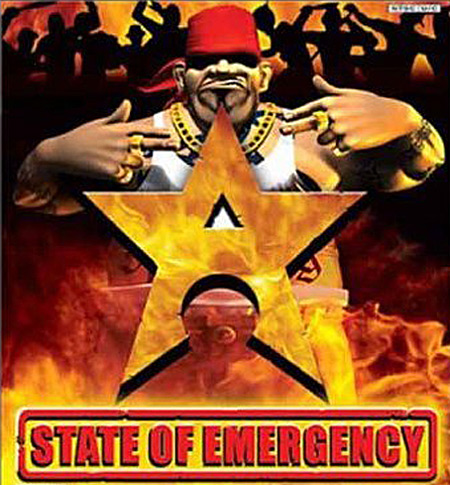 Reason: Military-style violence including political assassinations and coup d'etats. Additionally, the game caused controversy in Washington due to the game's similarities to the World Trade Organization riots in Seattle.

State of Emergency is a controversial 2002 action-adventure video game released by Rockstar Games. It was developed by Scottish firm VIS Entertainment for the PlayStation 2, Xbox and Microsoft Windows. Hip Hop artists D-Stroy and Jean Grae provided voices for State of Emergency characters.

The game was supposed to cause considerable controversy for the level of military style violence and its coup d'etats styled, grass-roots 'urban political revolution' subject matter, featuring political assassinations of Orwellian, corrupt government executives. It faced accusations of being a "hooligan simulator" and calls from numerous groups, most notably from a number of tabloids and 'concerned parents watch-dog' groups in the USA & UK to be banned. It received an "M-18" certificate, for amongst other things, the use of vicariously simulated military firearms.

Additionally, the game was denounced by Washington state politicians for its similarity to the real-life 1999 World Trade Organization riots and protests in Seattle which caused $3 million in damages. The game features the fictional "American Trade Organization" as the antagonistic establishment. 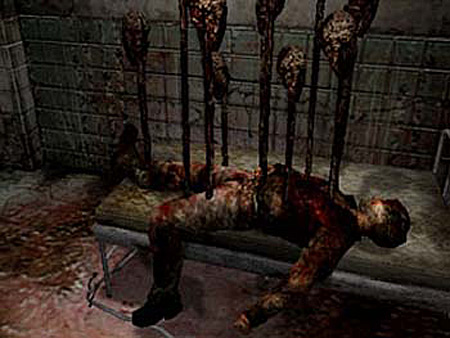 In 1999 Konami released the original Silent Hill on the PSX. From the outset the game caused a lot of controversy with its dark, deeply disturbing psychological gameplay and horrific visual effects. This was a game with a twisted storyline unlike any other survival horror release that was on the market at the time. Cut scenes showed disembowelled bodies hanging crucified from stakes and weird, tortured unearthly creatures that could have come straight out of a Clive Barker novel. 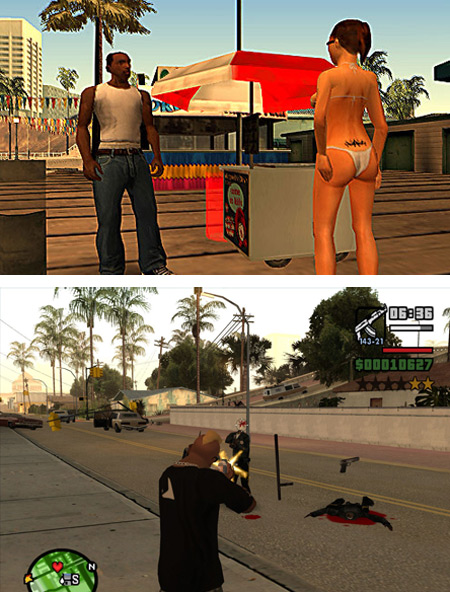 Reason: Sexuality and extreme violence. GTA IV was referred to as a "terrorist simulator" due to Liberty City being an exact replica of an American city. This is the reason why the plane is not available.

The gameplay consists of a mixture of action, adventure, driving, and occasional role-playing, stealth and racing elements and has gained controversy for its adult nature and violent themes. The series focuses around many different protagonists who attempt to rise through the ranks of the criminal underworld, although their motives for doing so vary in each game. The antagonists are commonly characters who have betrayed the protagonist or their organization, or who have the most impact impeding their progress. 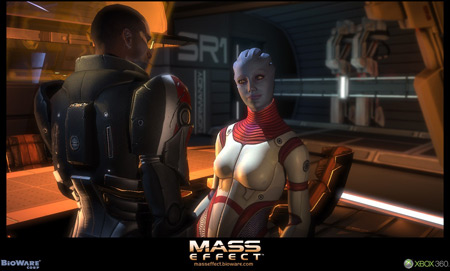 Reason: Falsely accused by evangelical blogger Kevin McCullough of containing rape and sodomy, as well as by Fox News host Martha MacCallum of including "full graphic sex". In actuality, the game's most explicit content is an indirect shot of a humanoid alien breast. 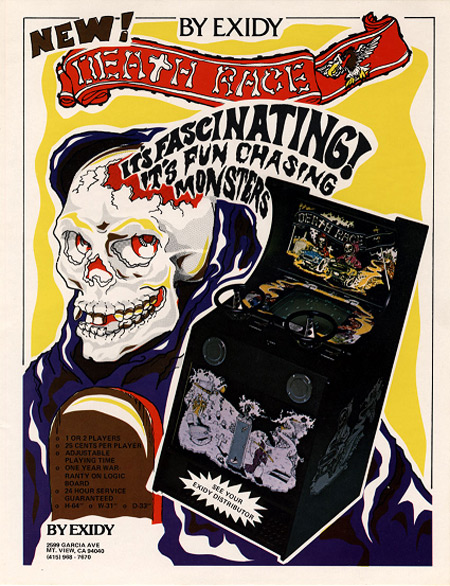 Reason: Rejected by the public and denounced in the press due to the sound effect issued by enemies who are driven over, coupled with a grave marker which rises where they were killed.

In the game, designed by Howell Ivy and inspired by the 1975 cult film Death Race 2000 by Paul Bartel, one or two players control an on-screen car (two cars if two players played) with a steering wheel and an acceleration pedal. The object was to run down "gremlins" who were fleeing the vehicle. As the player hit them, they would scream or squeal and be replaced on-screen by tombstones. This increased the challenge of the game as the screen cluttered up and the player had to avoid the tombstones.

The controversy increased the game's sales, causing another product run, but the game inspired so many protests—including the first-ever organized protests over a video game, led by Ronnie Lamm—that in the end only about 500 units were made. There were even stories about the stand-up consoles being dragged into parking lots and burned by protesters.