Thanks to our reader Analia G, who can never wake up on time! 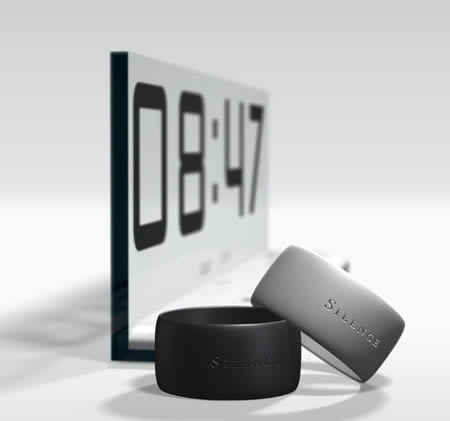 Do you hate the sound of your alarm clock going off at the most pleasant moment of your rest? You should try this conceptual alarm clock that wakes you up without any sound. It works like this: you wear a wireless rubber ring with an integrated vibration device that generates a tactile alarm. By shaking your hand, the snooze function is engaged. If you still feel like snoozing a little bit, it'll take more movement each successive time, leading you to get up on time for work. 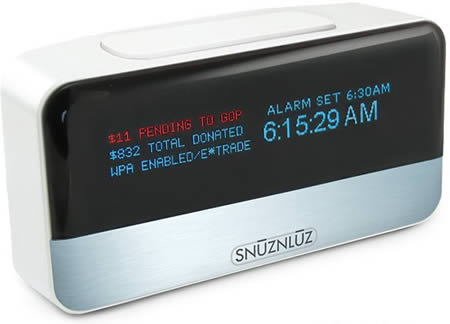 “If you snooze you lose”. This famous phrase must have inspired the ingenious designers of this cool alarm clock. The Sn?zNL?z(TM) connects via WiFi to your online bank account, donating to an organization certain amount of your real money per snooze incident! 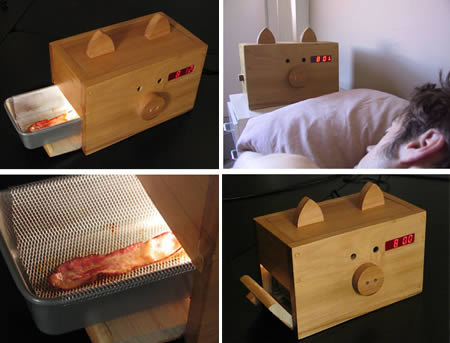 Do you think a nice breakfast is a good reason to wake up early? Then the Wake n' Bacon might be the right one for you. It wakes you up with the tempting aroma of bacon browning in the oven, just like the ones mom makes on Sunday mornings. Just remember to place a frozen strip of bacon inside the night before and the next morning, 10 minutes before the desired waking time, the cooking process will start. Once the alarm goes off, you'll hear the alarm sound and not only you'll wake up but you'll have your breakfast ready! 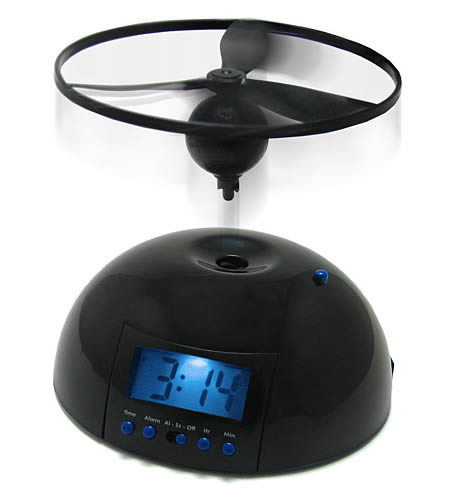 Are you such a sleepyhead that you need something really effective to wake you up? Then, meet the Blowfly alarm clock, a concept that will force you to rise in on time. When this clock hits the appointed time, the siren begins to wail and the plastic propeller goes up, up and away. So, the the only way to stop the annoying alarm is to jump out of the bed, catch flying object, and place it back into the clock! Buy it here ($29.99) 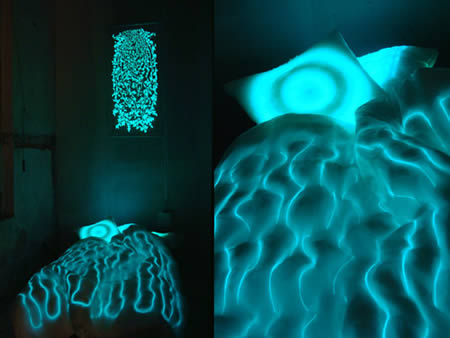 Doesn't a bit of sunshine wake you up more easily? The Light Sleeper is made of a pillow and a duvet that were designed to make our body clock respond to an imitation sunrise, accelerating the wake-up process. This creative alarm will make the bedding gradually begin to glow in a natural rhythm over a 15-20 minute period, so you can wake up kind of 'spontaneously'. 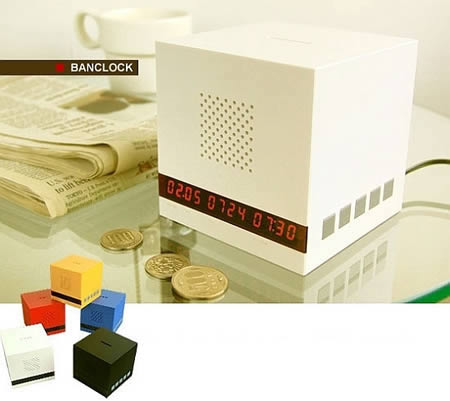 This one not only wakes you up but it makes you save up some money. Yes, the Banclock won't stop ringing until you give it a coin! Buy it here ($60) 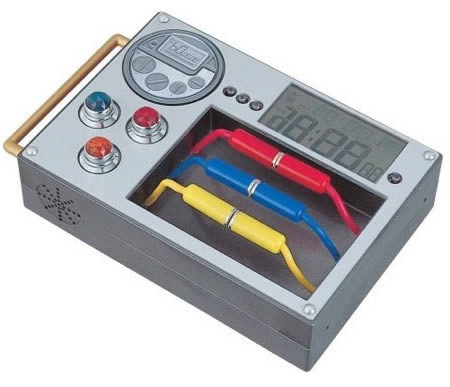 Do you like action? Well, with the Japanese "DANGERBOMB" clock, you'll feel like James Bond since you wake up. The annoying sound of this alarm will only stop if you connect the blue, red and yellow wires in the correct order. If you fail your mission, get ready to a fake -and even more annoying- audible explosion. Buy it here ($18.95) 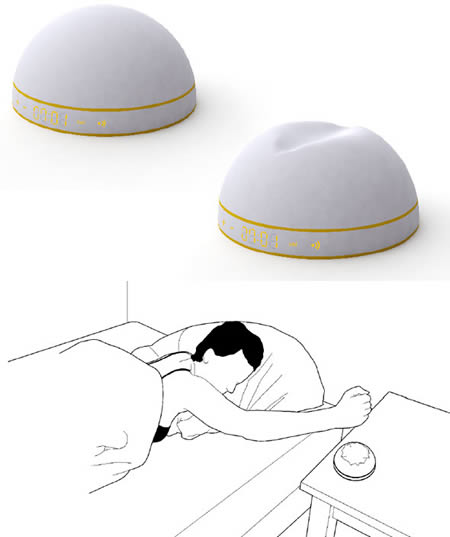 If you need some kind of early angry management exercise, try the ‘Smash' alarm clock. This original device's top surface was specially designed to receive a punch every morning. Actually, that is the only way to turn the alarm off. Hmmm, very useful... just try to have good aim! 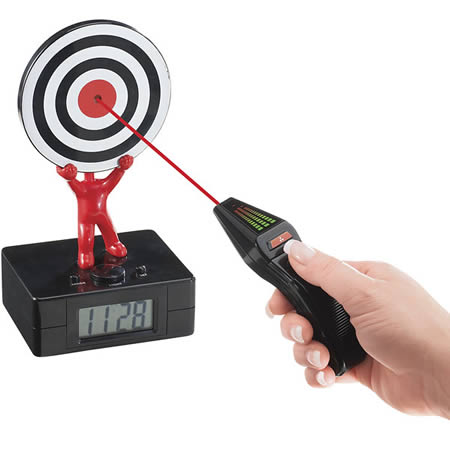 And speaking of having a good aim... Meet this cool design, a Laser Tag alarm clock that won't shut off until you hit the center of the target with a laser beam from a hand-held remote pointer. 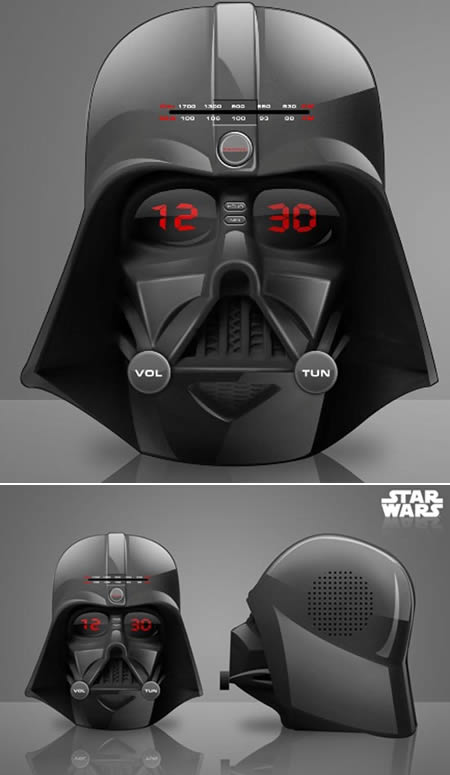 The Darth Vader Alarm Clock is the right one for Star Wars fans. Not only looks cool but it has different functions. It displays the time in his eyes, it has AM/FM radio tuning and 3 sounds effects that are bound to wake you up. 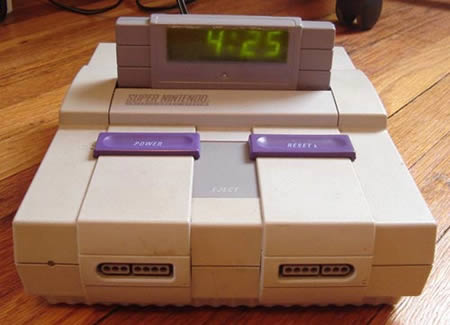 Check this out...The DIY Super NES Alarm Clock is a cool mod made by Aaron Mavrinac, and it features the LED display built into the cartridge. 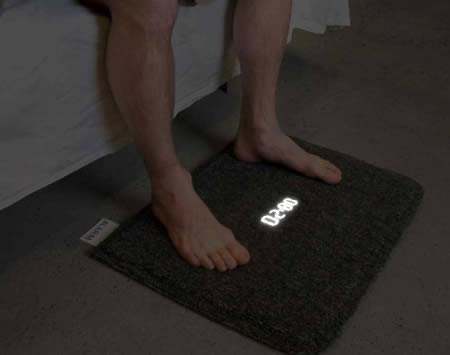 Stand up to wake up! The Carpet Alarm Clock force you to physically get up and step on it in order to turn it off. Of course, since it is technically a clock, it has a LCD screen to indicate the time. 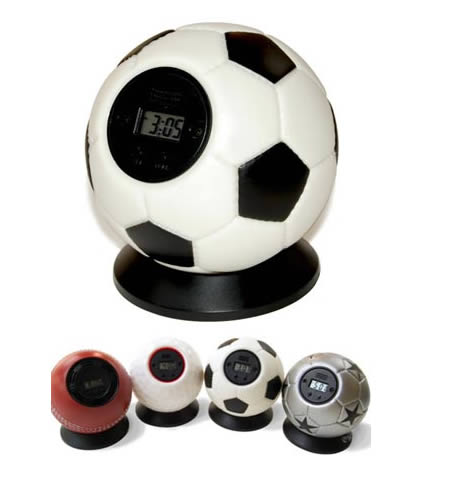 Every Monday morning when your alarm goes off, don't you have that impulse of throwing it across the room? Good news! This brilliant alarm clock was designed just for that! It can only be turned off by bouncing it or throwing it. Yeah, this is what we all need! Buy it here ($16.95)