Steampunk is a speculative intersection of technology and romance where the future meets the past: Victorian era inventions clash with often dark alternate realities. What started as a literary genre has since evolved into an amazing urban art form which delights in making real-life inventions that are a blend of the modern and anachronistic. From steampunk jewelry to an arcade game and a toilet, meet some of the coolest steampunk gadgets we've seen! --Thanks to our reader, Nicodemus, for the idea! 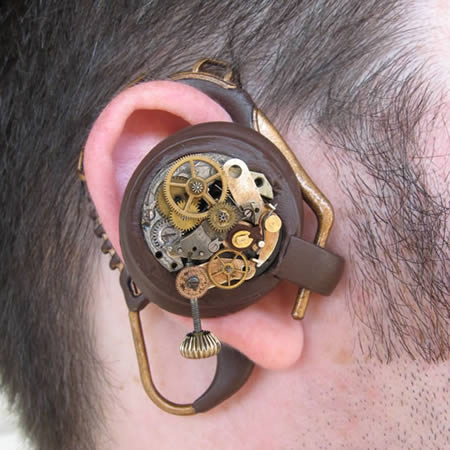 A guy from Chicago who calls himself Nicrosin made this “Mechanical Aural Communication Device” as a prop with “sculpey, rubber, and… various pocket watch parts,” the earpieces have a suede lining. Unfortunatly, this awesome set of Steampunk headphones that you see pictured above is actually just a non-functional model. Pretty cool anyway. 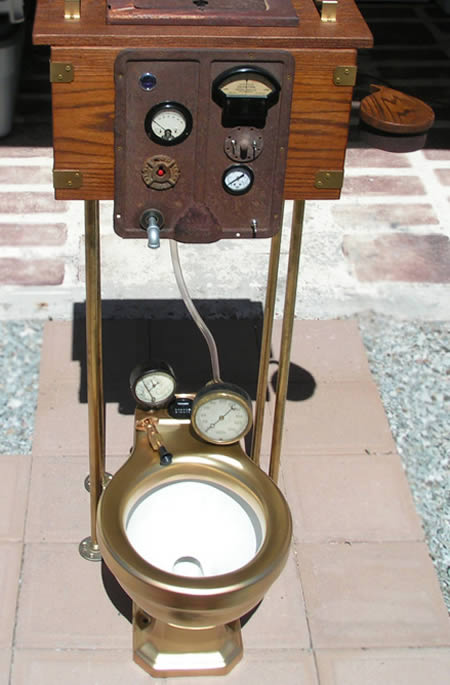 Yes! A steampunk toilet, created by Patrick Brawley — the “antique toilet of the future.” Awesome! It boasts a control panel and laser pointing mechanism. The perfect throne for any steampunk king or queen. 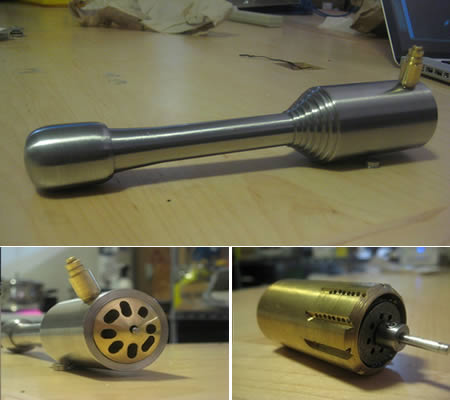 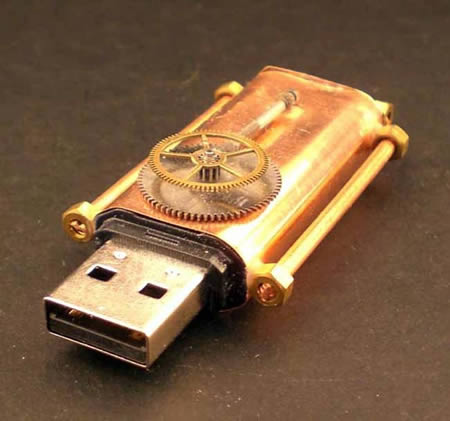 This fun steampunk USB drive is handcrafted using some vintage watch gearing, copper and a few other brass parts, it comes with 2GB of storage, and even features some copper piping along the side with some brass bolts on the end. If you want one of these cool Steampunk Copper USB drives you had better be quick as there is only one available from Qacreate, priced at $50. 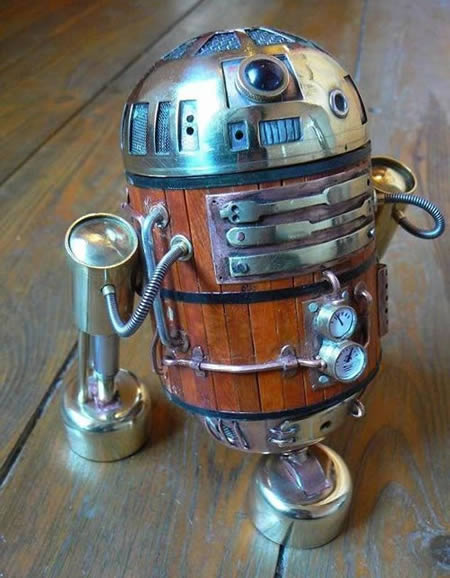 This beer-barrel R2D2 sculpture comes from Deviant Art's Amoebabloke, who's hoping to find a buyer who isn't just a rich collector. 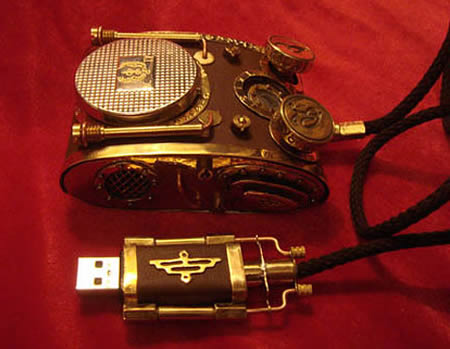 How'd you like a mouse like this connected to your PC? Looking like a mix between an electric shaver and some sort of mini tank, this Steampunk pointer definitely stands out from the pack. For some reason, this thing doesn't look very ergonomically friendly, but then again, I never saw the word “comfortable” anywhere in the definition of Steampunk. 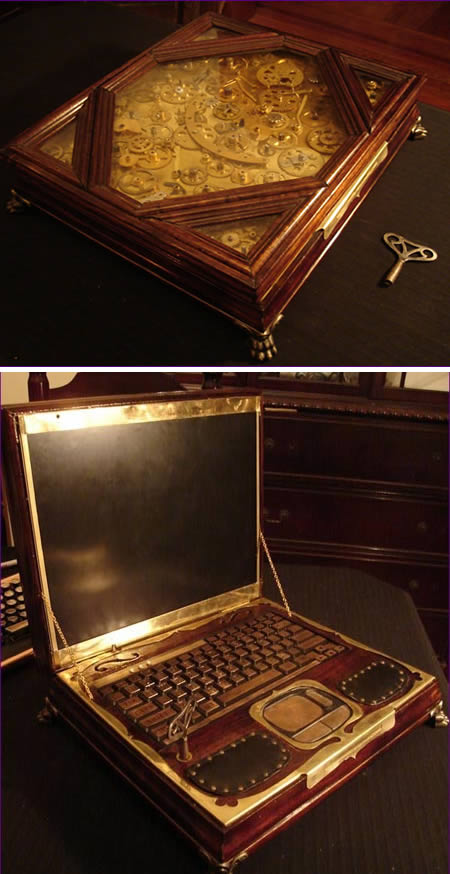 This may look like a Victorian music box, but inside this intricately hand-crafted wooden case lives a Hewlett-Packard ZT1000 laptop that runs both Windows XP and Ubuntu Linux. It features an elaborate display of clockworks under glass, engraved brass accents, claw feet, an antiqued copper keyboard and mouse, leather wrist pads, and customized wireless network card. The machine turns on with an antique clock-winding key by way of a custom-built ratcheting switch made from old clock parts. 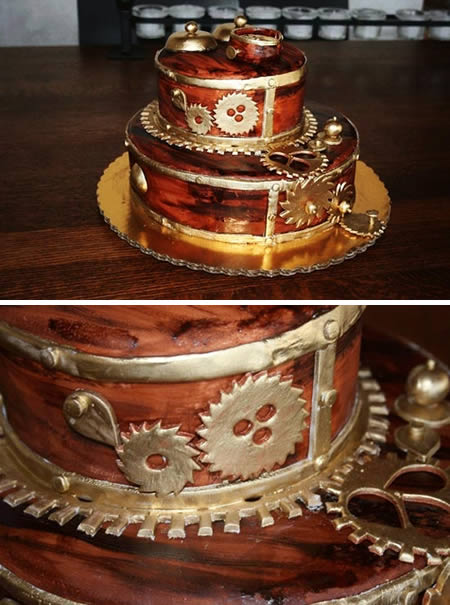 This fun geeky cake was created by Karen from Babycakes for one of their customers who wanted a Steampunk cake. Extremely geek but looks delicious. 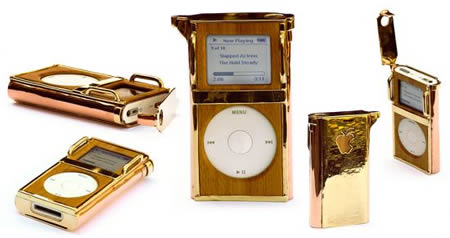 This handcrafted ‘steampunk mini mod' by Neal Bridgens is made from copper, brass, and wood (Oak in particular) with some valves on it. Though heavy, this steampunkish iPod is definitely worth the effort. So, if you are inclined towards products that go/look beyond the orthodox – you sure would like it! 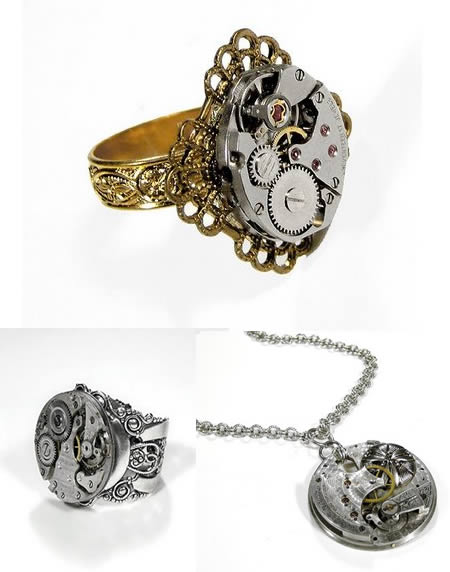 Each piece is hand made from specifically selected watch movements of the finest craftsmanship from Switzerland, France and across the globe. 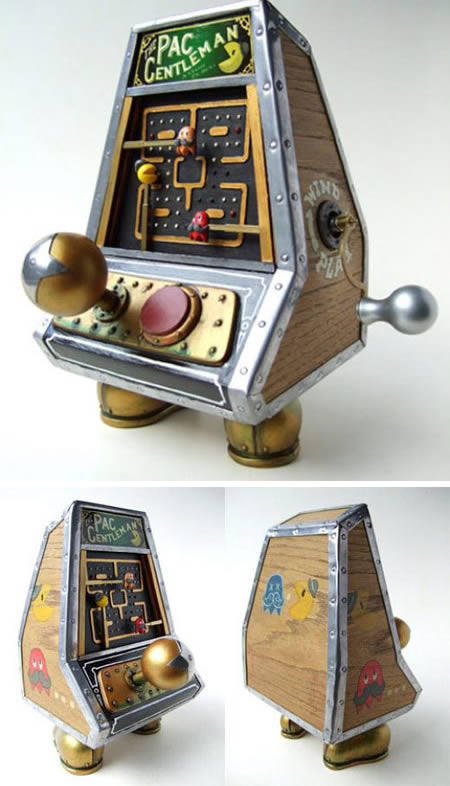 This custom made toy by artist/sculptor Doktor A is a wondrous tribute to the classic arcade game, Pac-Man. The one-of-a-kind sculptural toy is entitled “The Secret History of Video Games: Pac Gentleman”. It almost reads like a steampunk version of the 1980s dot-muncher, what with its crank-driven game play and wooden and metallic accents. 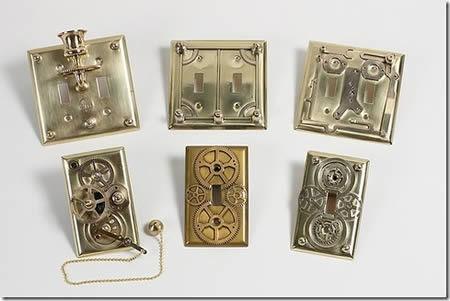 The fabrication process of these cool switch plates involves soldering recycled brass parts on to brass switch plates, then running a blow torch over the assembled pieces, and finally, aging them by using ammonia.