From Arrogant Frog Ribet to Fat Bastard, some of the funniest wine names in the industry.

A French wine produced and distributed by a British - French partnership, FAT bastard is a fast growing brand, recently selling over 400,000 cases per year in the United States alone. BusinessWeek has called FAT bastard a "marketing phenomenon". 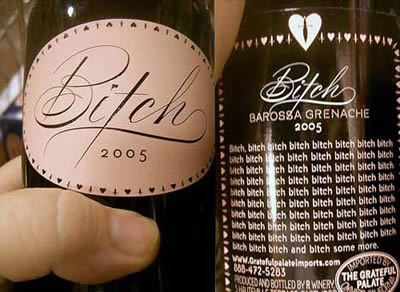 An Australian wine called "Bitch", the back label repeats it 77 times, followed by "some more". 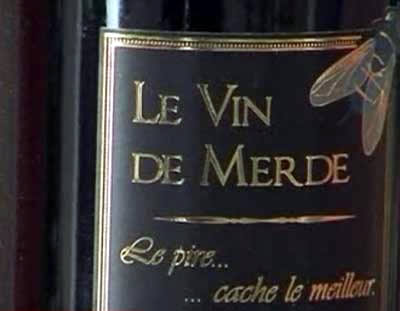 Jean-Marc Speziale, who owns a small restaurant in Aniane near Montpellier, was so fed up with the bad press that wines from the Languedoc-Roussillon were getting that he decided to hit back. So he started making his own batch of wine, and labelled them Vin de Merde, or Wine of Shite as they say in Ireland. 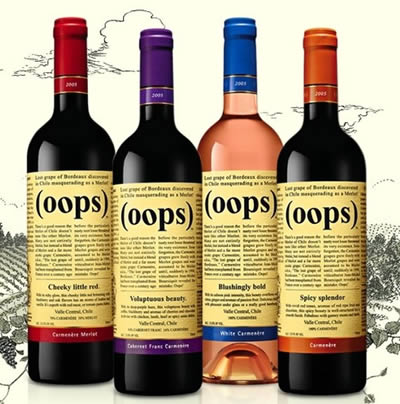 The name originates from the fact that they mislabeled the grape type for such a long time that they decided to call it "Oops!" 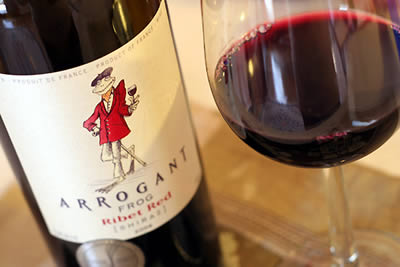 6Elephant on a Tightrope 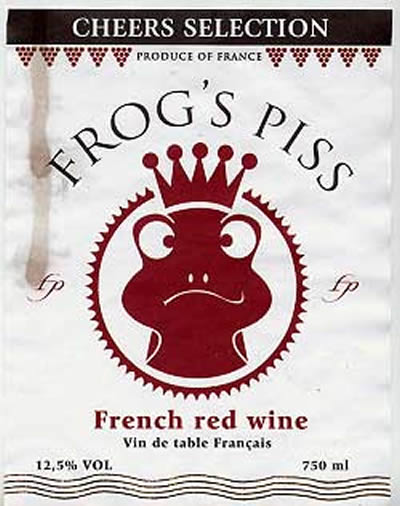 This label belongs to Cheers Calais booze-cruise store. The fruity drinkable wine is a plonk, worth the few coins the wine costs.

8Cat's Pee on a Gooseberry Bush 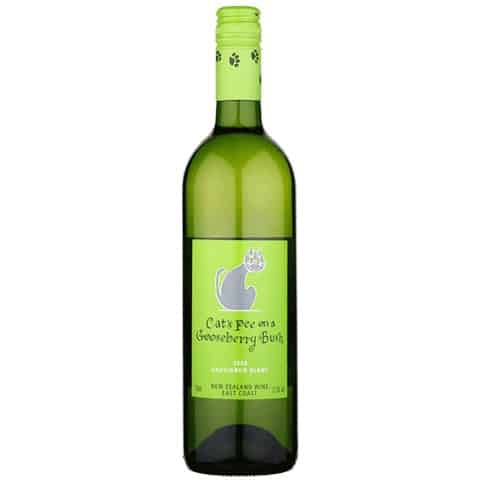 The wine comes from "Coopers Creek" and they make a donation to the local SPCA. They have other ones such as Fat Cat Chardonnay, Sally Cat Pinot Noir, and Tom Cat Merlot --thanks KissyCougar! 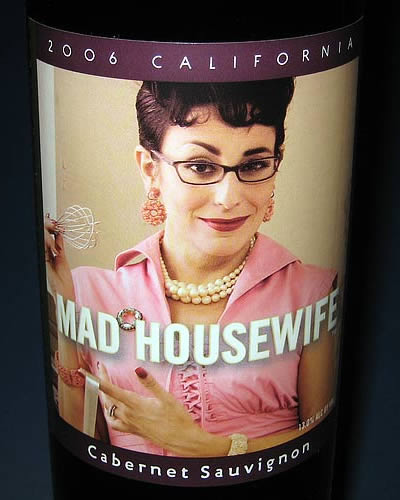 This wine has taken a different approach in marketing by catering to women and has appropriately been named Mad Housewife Wine. Its tagline : "What's domestic bliss without a little wine? " 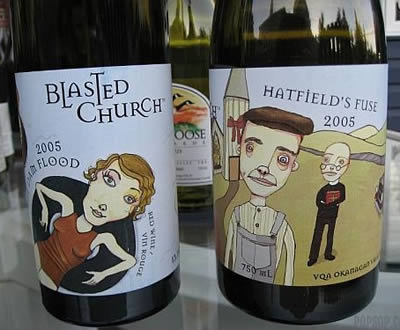 The Blasted Church is a small estate winery located in Okanagan Falls in Canada.