Fifteen of the corniest, most ridiculous and downright bad titles of real movies. Thanks to our reader Rulex who sent us the idea, he is the winner of the second "Alien Hand Syndrome and Other Too-Weird-Not-to-Be-True Stories" book we are giving away! 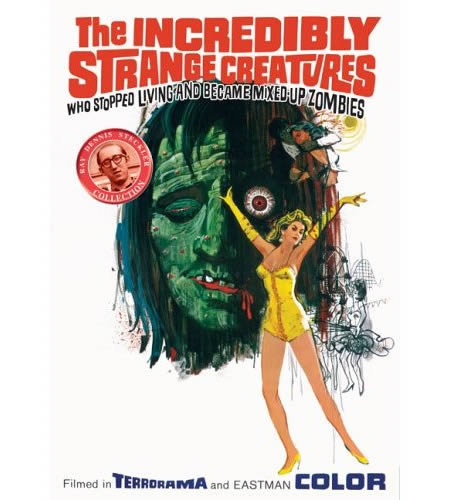 Produced on a $38,000 budget, The Incredibly Strange Creatures Who Stopped Living and Became Mixed-Up Zombies is not only one of the worst titles ever, but a truly cinematic endurance test. Billed as the first "monster musical," it was awarded the first place in Medved's "50 Worst Movies Ever Made." 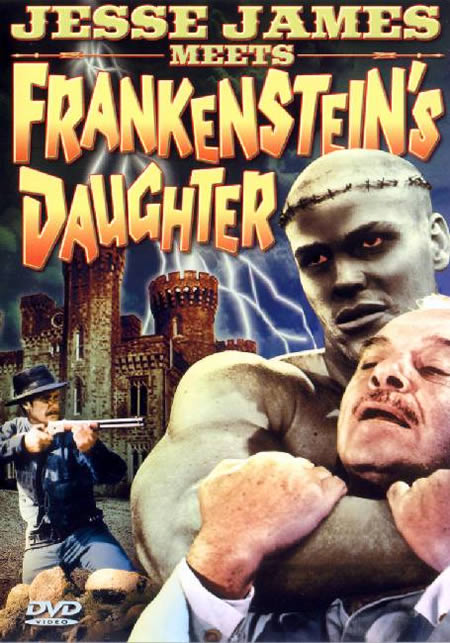 Jesse James Meets Frankenstein's Daughter: now that's an encounter! In this low-budget western/horror hybrid movie filmed in 1966, fictionalized version of the real-life western outlaw Jesse James encounters the fictional granddaughter (the movie's title notwithstanding) of the famous Dr. Frankenstein. John Lupton, who plays the part of Jesse James, is actually a bit too old for the role. When the film was made, Lupton was already 38 years old. The real-life Jesse James died before his 35th birthday. 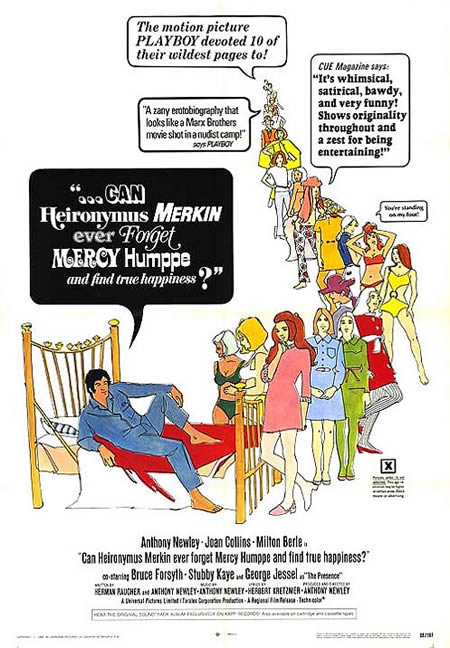 A 1969 musical film directed by and starring Anthony Newley, this is a comedy that's been forgotten except for its mind-boggling title. In 2006, Can Hieronymus Merkin Ever Forget Mercy Humppe and Find True Happiness? won a readers' poll in the Chicago Tribune as the worst movie title ever. 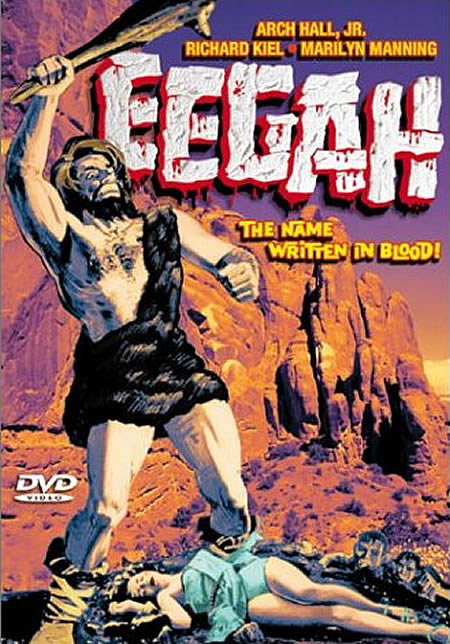 First rule of marketing: Onomatopoeia isn't the answer to every copywriting problem. A 1962 horror film starring Arch Hall (father and son), Eegah was not only badly named, but also one of the films listed in Michael Medved's 50 Worst Films Ever Made book. 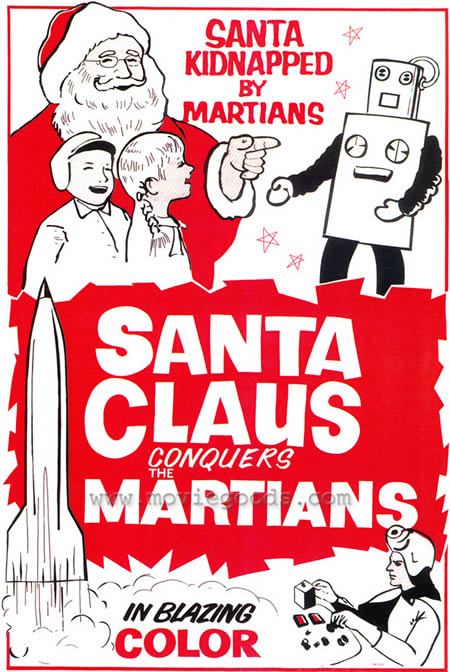 A 1964 science fiction film that regularly appears on lists of the worst films ever made, Santa Claus Conquers the Martians stars John Call as Santa Claus and 8-year-old Pia Zadora playing the role of one of the Martian children.
The plot? Well... it turns out the children of Mars are depressed and no one seems to know why. When Martian leaders go to see their most ancient wise man, he tells them that the children of Mars need the joy of Christmas and Santa Claus of course. 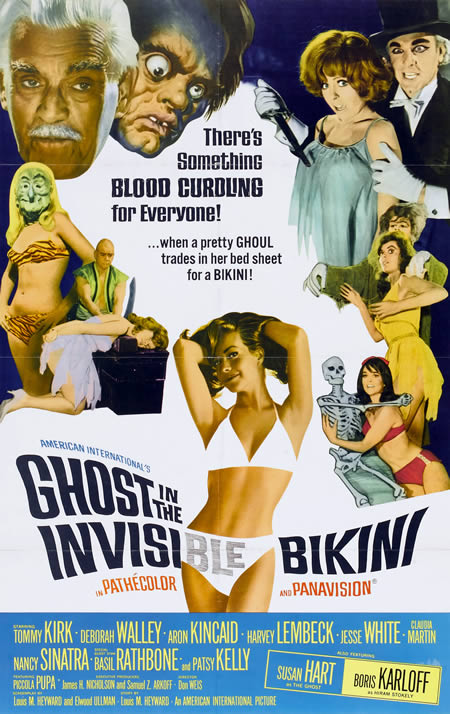 The Ghost in the Invisible Bikini was the seventh (and last) of the AIP's beach party films. Only nominally a beach movie as the entire film takes place in and around a haunted house with no beach in sight. Instead, the teenage gang cavorts and plays music around a swimming pool. 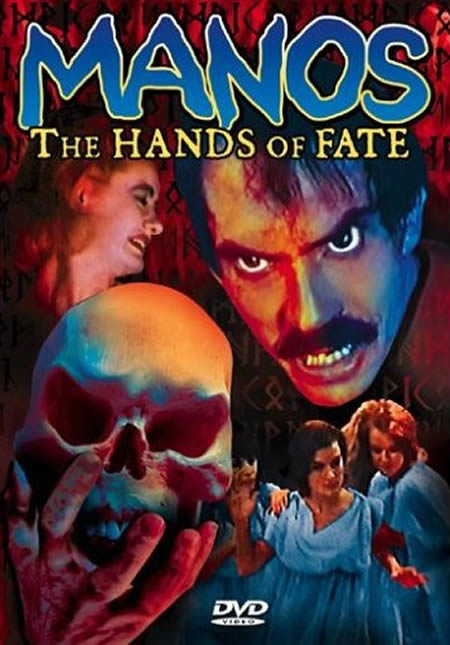 In Spanish, "manos" means... of course, "hands". Produced as a result of a bet, Manos: The Hands of Fate was an independent production by a crew that had little or no background or experience in filmmaking and a very limited budget at their disposal. Upon its theatrical debut, the film was poorly received, and remained obscure until its Mystery Science Theater appearance, a show based on the premise of mocking B movies, which gave the film cult status. It has since gained infamy as one of the worst films ever made. 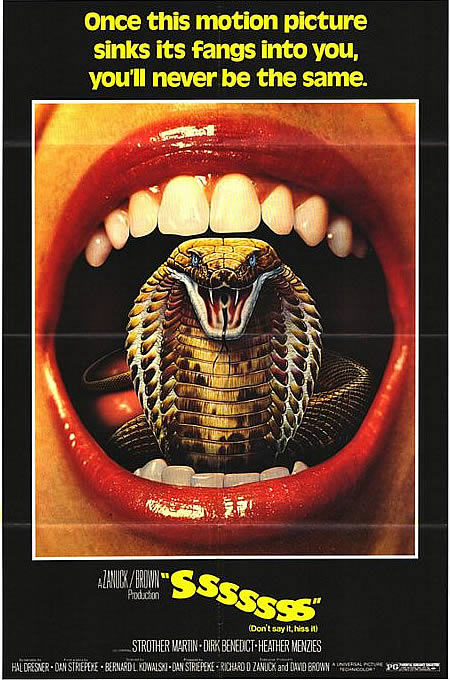 Released as Ssssnake in the UK, SSSSSSS was horror film starring Dirk Benedict and Heather Menzies. The film has developed a small cult reputation and is acclaimed by many horror fans as one of the better man-becomes-creature films out there. 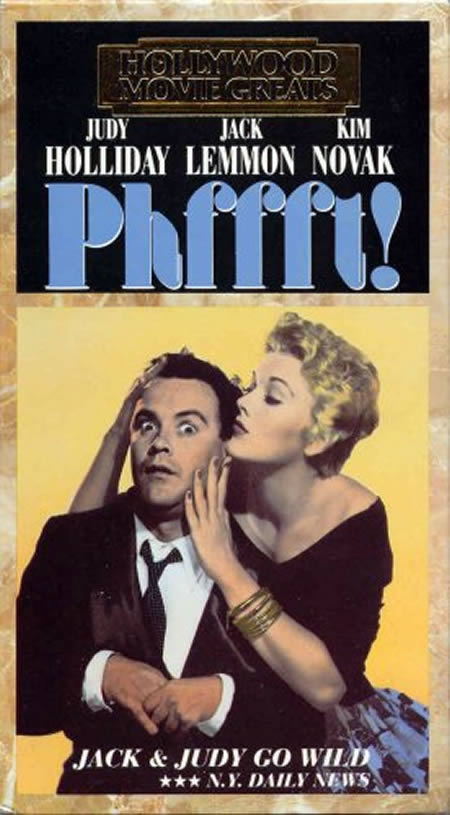 Phffft, really? A 1954 black and white romantic comedy starring Judy Holliday and Jack Lemmon, it was pretty good actually. The horrible title comes from a widely read column during the 50s. When a celebrity couple's marriage broke up, the author would describe the break-up as "phffft". 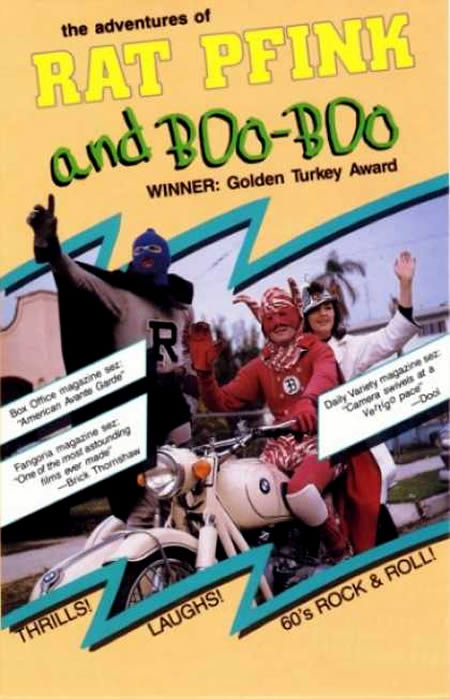 Why the title is "Rat Pfink a Boo Boo" and not the more logical "Rat Pfink and Boo Boo"? According to legend, that was indeed the intended title, but when the artist creating the titles made an error and rendered the "and" as "a", Steckler's budget would not stretch to the $50 needed to fix the mistake. According to Steckler, however, the choice of title was deliberate: "The real story is that my little girl, when we were shooting this one fight scene, kept chanting, 'Rat pfink a boo boo, rat pfink a boo boo ....' And that sounded great! But when I tell people the real story, they don't wanna hear it, so you better print the legend." 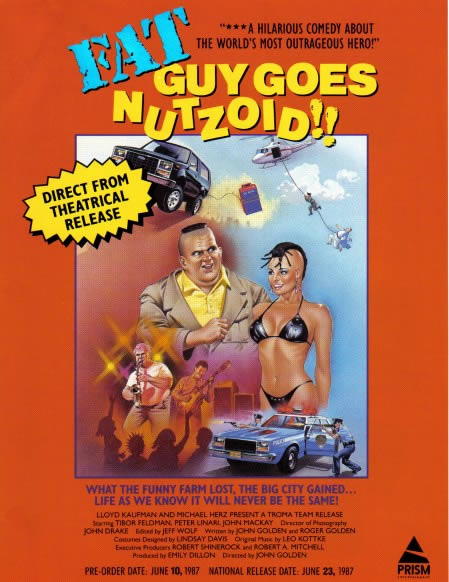 Fat Guy Goes Nutzoid is a 1986 comedy produced by Troma Entertainment. The plot revolves around two brothers who befriend an escaped mental patient (the titular "fat guy") and accompany him on his misadventures in the big city. 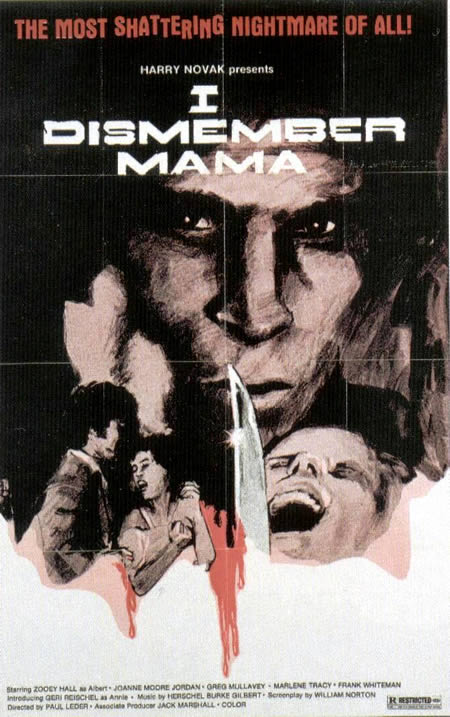 Also known as "Crazed and Poor Albert and Little Annie" (not any better!), this 1974 horror film tells the story of Albert, a man who has tried to kill his rich snobbish mother once, for which he was institutionalized. Now, he's escaped, and is after his mother once again. The title, I Dismember Mama, was actually a pun on the famous musical "I Remember Mama." 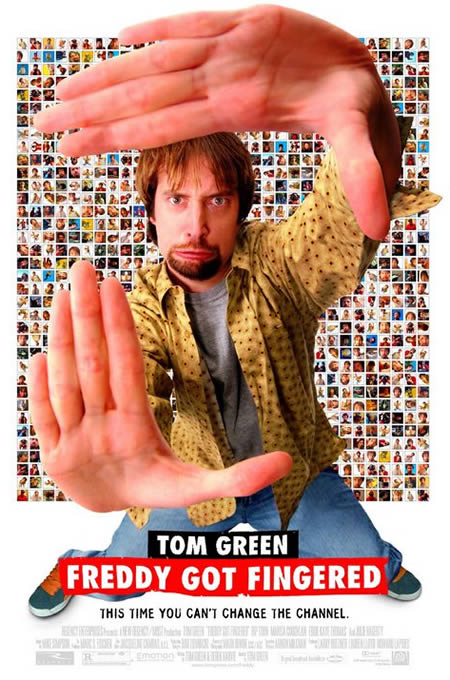 Freddy Got Fingered... because child molestation is always funny enough to put in a title right? Anyway, it's just Tom Green being himself, the scenes are similar to the antics seen in his own "The Tom Green Show" and scenes in "Road Trip." It is largely built around his gross-out, shock humor. 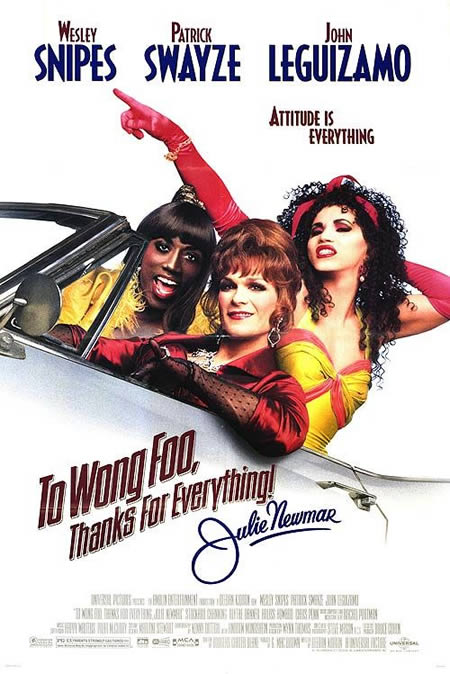 A 1995 comedy, To Wong Foo, Thanks for Everything, Julie Newmar features Wesley Snipes, Patrick Swayze, and John Leguizamo as three New York drag queens who embark on a road trip. The film's title refers to an autographed photo of Julie Newmar that the trio carries with them on their journey. Such a great cast wasted. 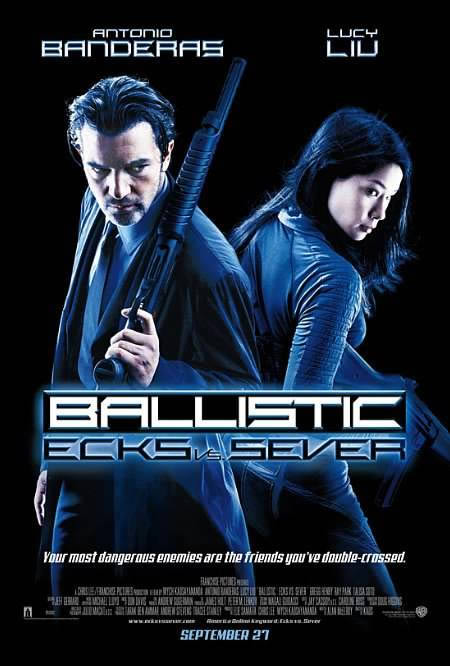 If you say Ballistic: Ecks vs. Sever 10 times fast, you can raise the dead. This 2002 action film features Antonio Banderas and Lucy Liu, who play opposing secret agents who are supposedly enemies, but team up during the movie. The film was universally panned by critics, who generally regarded it as having no redeeming features, not even the comedic value normally associated with bad films. In March 2007, the movie review site Rotten Tomatoes ranked the film #1 among "The Worst of the Worst" movie list, with 0% positive reviews. Financially, the film was also a box office failure, recouping just over $19.9 million of its $70 million budget.