1Nick Vujicic: a man with no limbs who teaches people how to get up 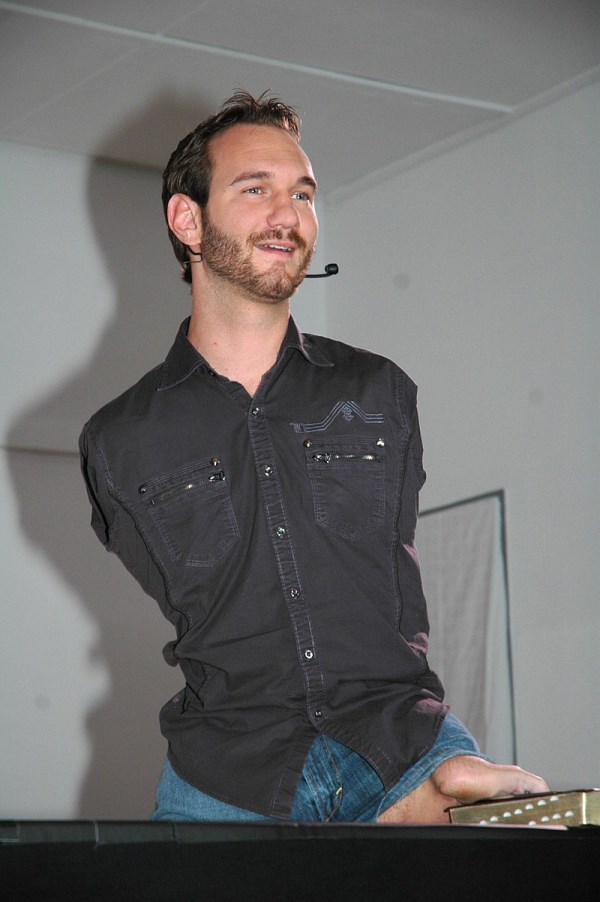 Despite being limbless, missing both arms at shoulder level, and having only one small foot with two toes protruding from his left thigh, he is doing surf, he's swimming, playing golf and soccer. Nick graduated from college at the age of 21 with a double major in Accounting and Financial Planning and became a motivational speaker with a focus on life with a disability, hope and finding meaning in life.

Having addressed over 3 million people in over 44 countries on five continents, he also spreads his message of hope on his book Life Without Limits: Inspiration for a Ridiculously Good Life, published in 2010.

2Nando Parrado: survived airplane crash and 72 days in the Andes 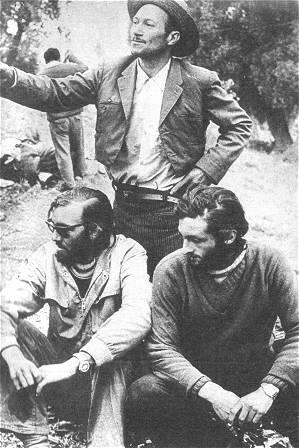 72 days of ordeal Nando Parrado and other survivors of a plane crash in the Andes had to endure before being rescued.

Flying over the mountains on a Friday the 13th, the young men and their families who boarded the charter plane joked about the unlucky day when the plane's wing hit the slope of the mountain and crashed. On impact, 13 passengers were instantly dead while 32 others were badly wounded. Hoping to be rescued, the survivors waited in the freezing -37C temperature, melting snow for drinks and sleeping side by side to keep themselves warm. Food was so scarce, everyone had to pool whatever food they can find for a rationed pool.

9 days after the crash, due to dire desperation and hunger, the survivors called for an important meeting. One member proposed that they eat the dead. The 2 hours meeting ended with a conclusion. If any of them died in the Andes, the rest had the permission to use the corpse as food. After 2 weeks, their hope of being found dashed when they found out via their radio transistor that the rescue effort was called off.

On the 60th day after the crash, Nando Parrado and 2 other friends decided to walk through the icy wilderness for help. By the time they left, Nando Parrado said, the crash site was “.. an awful place, soaked in urine, smelling of death, littered with ragged bits of human bone and gristle”. Wearing 3 pairs of jeans and 3 sweaters over a polo shirt, he and his friends trekked the mountains with human flesh as their ration.

Knowing that they must search for rescue, the team endured frozen snow, exhaustion and starvation, walking and climbing for 10 days before finding their way to the bottom of the mountain. The team was finally helped by a Chilean farmer who called the police for help. Parrado then guided the rescue team via a helicopter to the crash site.
On the 22nd December 1972, after enduring 72 brutal days, the world found out that there were 16 survivors who cheated death, in the mountain of Andes. 8 of the initial survivors died when an avalanche cascaded down on them as they slept in the fuselage.

During the ordeal, Nando Parrado lost 40 kg of his weight. He lost half his family in the crash. He is now a motivational speaker.

His book Miracle in the Andes was published in 2007.

3Jessica Cox: became the first pilot with no arms, proving you don't need 'wings' to fly 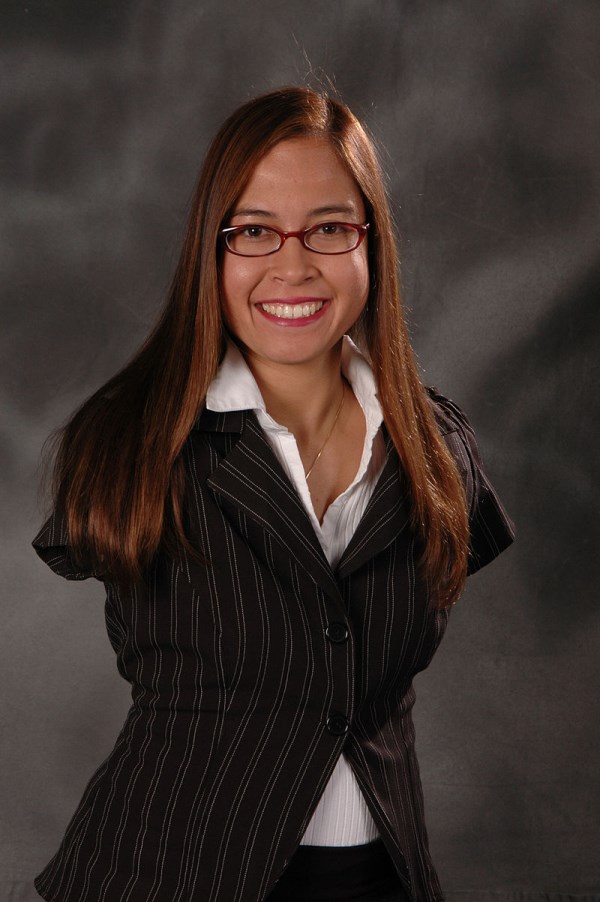 Jessica Cox suffered a rare birth defect and was born without any arms. None of the prenatal tests her mother took showed there was anything wrong with her. And yet she was born with this rare congenital disease, but also with a great spirit. The psychology graduate can write, type, drive a car, brush her hair and talk on her phone simply using her feet. Ms Cox, from Tuscon, Arizona, USA, is also a former dancer and double black belt in Tai Kwon-Do. She has a no-restrictions driving license, she flies planes and she can type 25 words a minute.

The plane she is flying is called an Ercoupe and it is one of the few airplanes to be made and certified without pedals. Without rudder pedals Jessica is free to use her feet as hands. She took three years instead of the usual six months to complete her lightweight aircraft licence, had three flying instructors and practiced 89 hours of flying, becoming the first pilot with no arms.

4Sean Swarner: first cancer survivor to complete the 7-summits, the highest peaks of the 7 continents 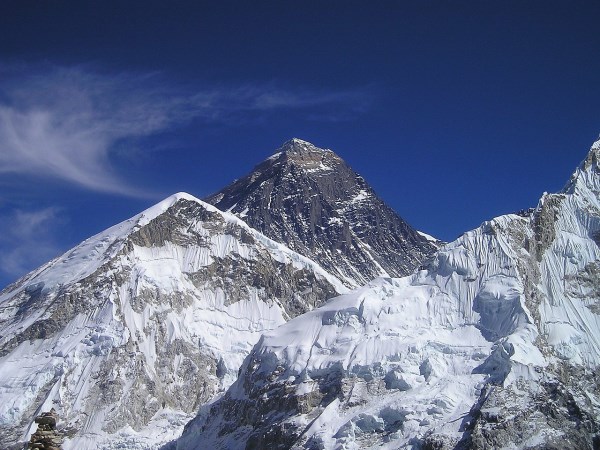 The 29,035-foot giant known as Mount Everest tortures its challengers with life-threatening conditions such as 100 mph winds, the dramatic loss of oxygen, snowstorms, and deadly avalanches. Climbers of Everest are faced with incredible dangers, but for Sean Swarner the obstacles he overcame prior to his summiting make his story even more compelling.

Sean isn't just a cancer survivor; he is truly a medical marvel. He is the only person in the world ever to have been diagnosed with both Hodgkin's disease and Askin's sarcoma. He was diagnosed in the fourth and final stage of Hodgkin's disease at the age of thirteen, when doctors expected him to live for no more than three months. He overcame his illness only to be stricken a second time when a deadly golf ball-sized tumor attacked his right lung. After removal of the Askin's tumor, Sean was expected to live for less than two weeks. A decade later and with only partial use of his lungs, Sean became famous for being the first cancer survivor to climb Mount Everest.

After the summit of Everest, Sean had the desire and dream to continue moving forward and reaching people around the world. Climbing the highest mountain on each continent became his next goal. Proving to others that anything is possible, Sean successfully summited Mt. McKinley, to be the first cancer survivor to complete the seven summits.

You can read more about Swarner's story on his 2007 book Keep Climbing: How I Beat Cancer and Reached the Top of the World

5Randy Pausch: inspired thousands of people with his dying speech 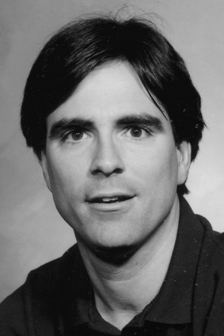 Randy Pausch, an American professor of computer science, learned that he had pancreatic cancer --a terminal illness-- in September of 2006. He was given 3 months of life, but he lived 3 more years and inspired millions of people from around the world to follow their dreams.

A year after being diagnosed, Paul gave an upbeat lecture entitled "The Last Lecture: Really Achieving Your Childhood Dreams" at Carnegie Mellon, which became a popular YouTube video and led to more media appearances.

In his famous speech, Pausch showed a list of his childhood dreams, and explained how he achieved each of them. His dreams were: being in zero gravity, playing in the National Football League, being the author of a World Book Encyclopedia article, meeting and being Captain Kirk, being "one of the guys who won the big stuffed animals in the amusement park", and becoming a Disney Imagineer.

He then co-authored a book called "The Last Lecture" on the same theme, which became a New York Times best-seller.

Sadly, Pausch died of complications from cancer on July 25, 2008, but his legacy continues to inspire people.

6Ben Underwood: the boy who could “see” with his ears 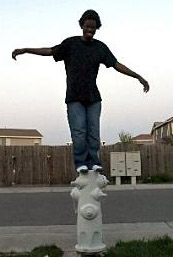 Ben Underwood was a remarkable teenager, who loved to skateboard, ride his bicycle and play football and basketball. For the most part, the Californian 14-year-old was just like other kids his age. What made Underwood remarkable was his ability to master these activities despite the fact that he was blind. Underwood had both eyes removed after being diagnosed with retinal cancer at age two. To most people's amazement upon meeting him, he seemed completely unfazed by his lack of sight, defying common stereotypes about blindness as a disability. So how did he do it? The answer is echolocation: the sonar navigation technique used by bats, dolphins, several other mammals and some birds. As Underwood moved about, he habitually made clicking noises with his tongue; these sounds bounced off surfaces and, with each return, added to Underwood's perception of his surroundings.

He was so good at it that he could tell the difference between a fire hydrant and a rubbish bin, distinguish between parked cars and trucks, and — if you took him to a house he had never been to before — he would tell you he could 'see' a staircase in that corner and a kitchen in the other. He could even distinguish between different materials.

An unflinching faith in God guided Ben and his mother during his last few months as cancer spread to Ben's brain and spine. He eventually died on January 2009 at the age of 16.

7Liz Murray: from Homeless To Harvard 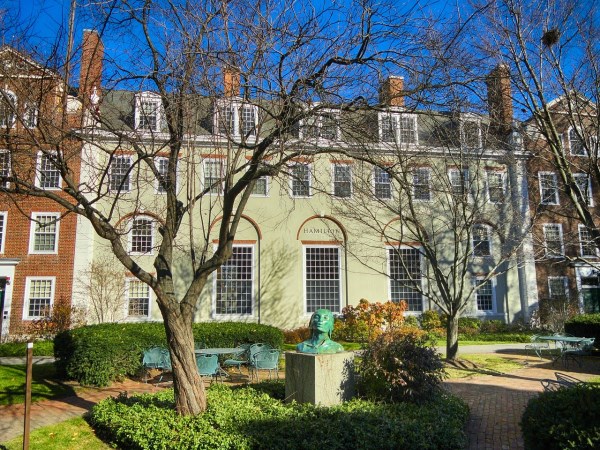 New Yorker Liz Murray was born in 1980 to poor, drug-addicted, HIV-infected parents. She became homeless just after she turned 15, when her mother died of AIDS, and her father moved to a homeless shelter.

Murray's life turned around when she began attending the Humanities Preparatory Academy in Chelsea, Manhattan. Though she started high school later than most students, and remained without a stable home while supporting herself and her sister, Murray graduated in only two years. She was then awarded a New York Times scholarship for needy students and accepted into Harvard University, matriculating in the fall semester of 2000.

She left Harvard in 2003 to care for her sick father; she resumed her education at Columbia University to be closer to him until 2006 when he died of AIDS. As of May 2008, she was back at Harvard working towards her degree with plans to graduate with a degree in Psychology in June 2009.

Her life became a movie in 2003 and she now works as a professional speaker, representing the Washington Speakers Bureau. That same gutsy strength that pulled her from the streets now transforms the lives of others, from student groups to business audiences in need of inspiration to overcome their own obstacles.

In 2011, her autobiography Breaking Night: My Journey from Homeless to Harvard became a New York Times Bestseller. 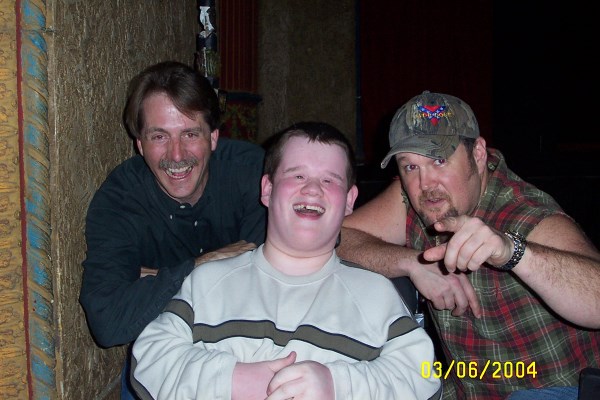 Patrick is a remarkable young man who was born without eyes and without the ability to fully straighten his arms and legs, making him unable to walk. Additionally, two steel rods were surgically attached to Patrick's spine to correct scoliosis.

Despite circumstances, Patrick has overcome these physical issues to excel as a musician and student. Patrick started playing the piano at the age of only nine months, and also plays the trumpet and sings. He even participates in the University of Louisville School of Music Marching and Pep Bands with help from his father (Patrick John Hughes), who tirelessly maneuvers his wheel chair through the formations with the other 220+ members of the
Cardinal Marching Band.

A virtuoso pianist, vocalist and trumpet player, Patrick has won numerous competitions, as well as winning awards acknowledging the circumstances he has overcome to achieve these heights. He has been featured on ESPN, ABC-TV, Oprah, CBS-TV, The Ellen Show, Extreme Make Over Home Edition, FOX-TV, CSTV, NBC-TV, Million Dollar Round Table, The Grand Ole Opry, People Magazine, Sports Illustrated, Star Magazine, and many other outlets.