Oooops they did it again! After last year's article on photoshop mistakes, we revisit the subject with the latest cases, including some of the best of the classic site Photoshop Disasters and other sources we've found around the web. 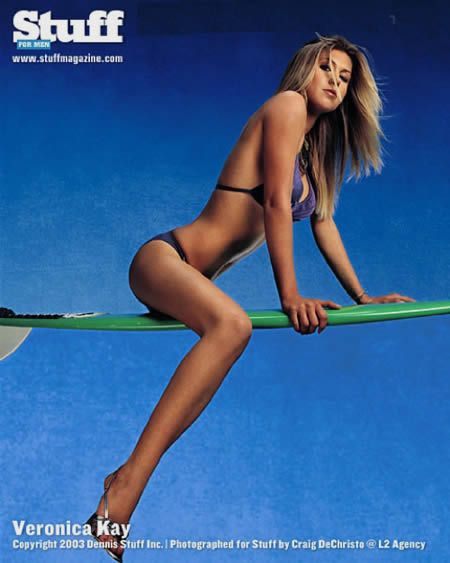 Maybe a shark was swimming around and ate her other leg. 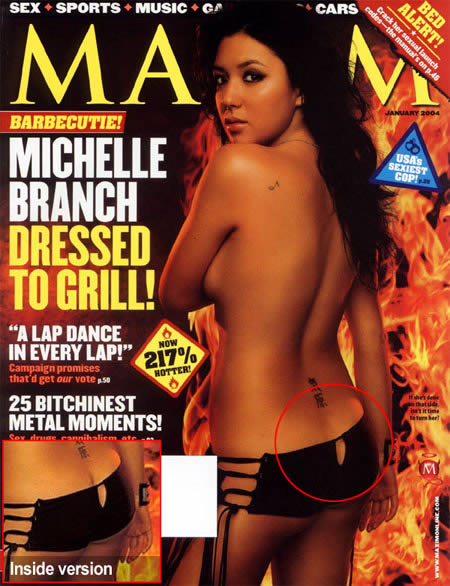 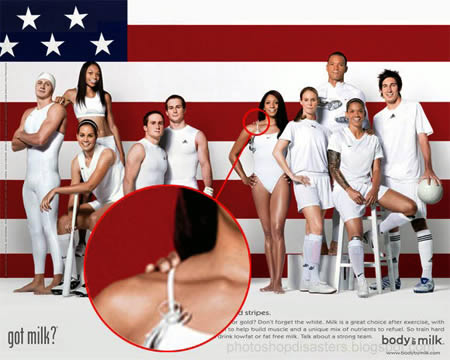 We always need an extra hand. 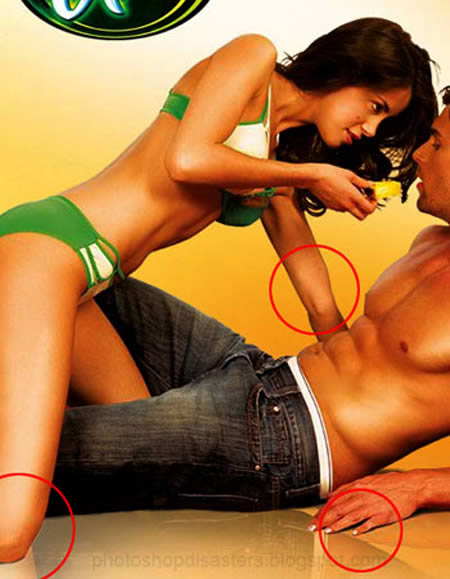 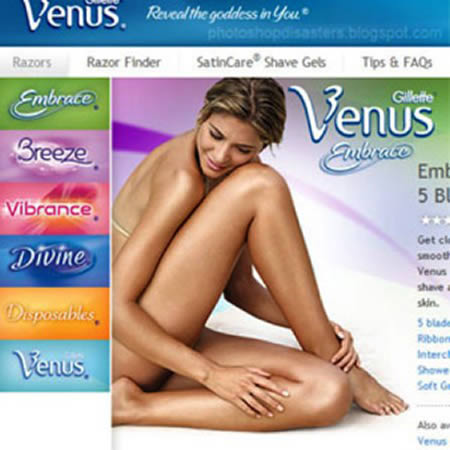 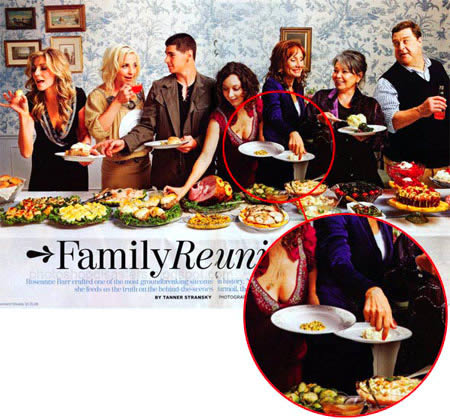 Scary floating plate, who is handling it? 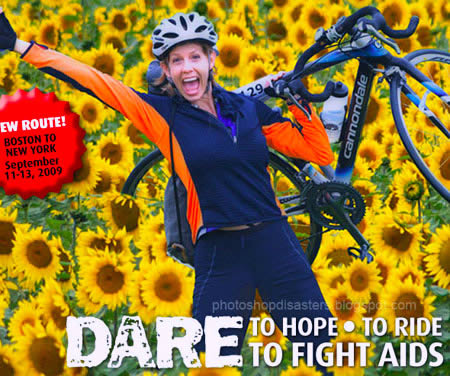 Braking The Cycle is an AIDS charity, which would normally exempt them from poo flinging - but they actually did break the cycle. 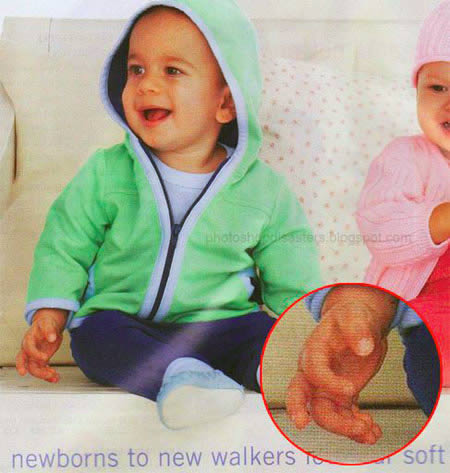 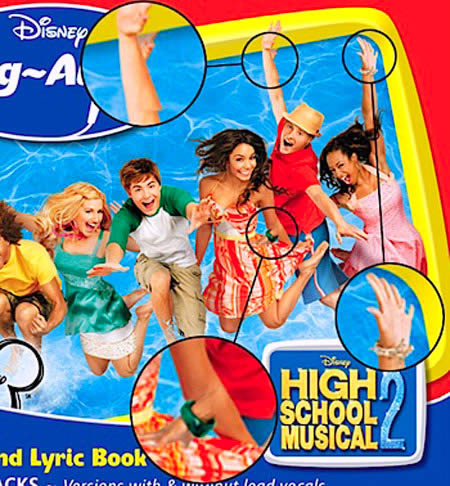 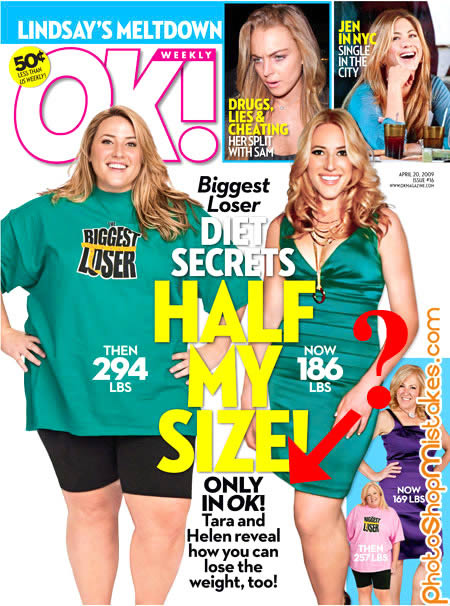 Her diet was so effective she lost pounds and a leg. 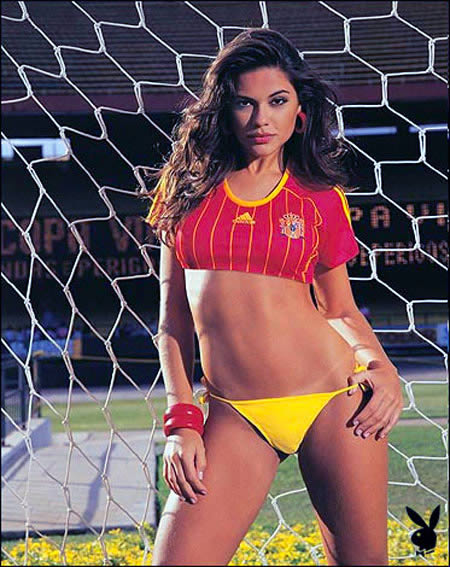 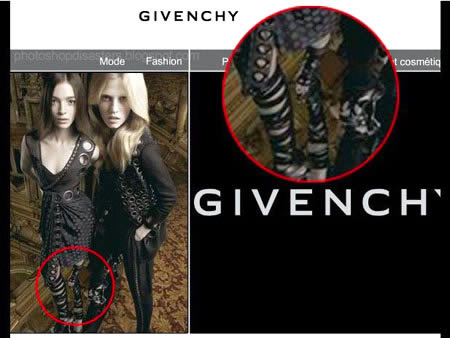 A top model half human half zebra. 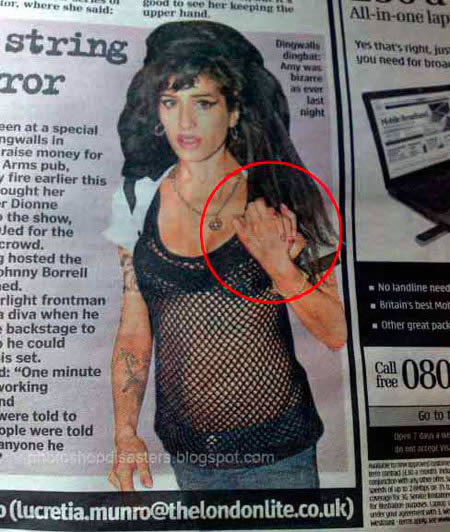 Amy Winehouse - what is this fascination with female celebrities and their 3rd hand? 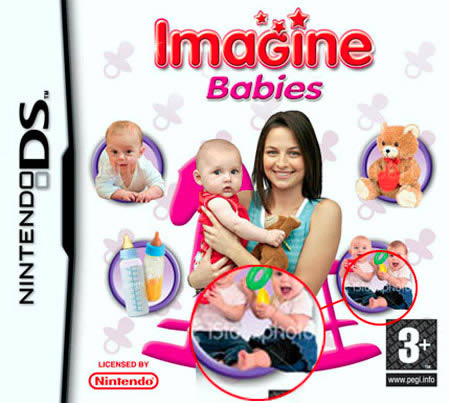 The multimillionaire video game company saved 12 dollars instead of buying the image from iStockPhoto. Cute watermark. 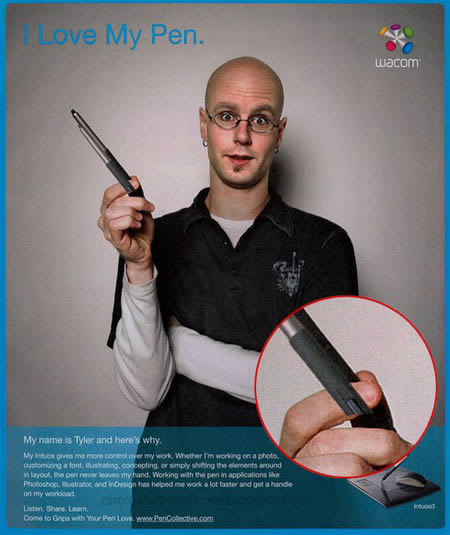 Yo Tyler, you might want to listen-share-learn a little bit yourself. If you're running an ad in Print magazine for Wacom, you might want not to make a mess of the Photoshopping.