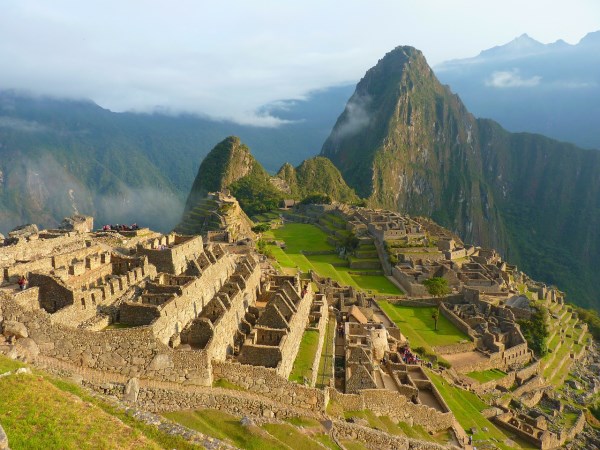 The most famous of all the Inca ruins, Machu Picchu appears to be suspended between two mountains and is often enshrouded in mist. It can't be seen from the Urubamba Valley below and is an enchanting place, especially considering that the Incas didn't even have the use of the wheel when they built it.

Machu Picchu was built in the mid 15th century, but since its existence was not recorded by the Spanish Conquistadors who ramsacked the region in the 1530s, we don't really know what its purpose was. Many of the ruins incorporate ceremonial features, so it could possibly have been a religious sanctuary. It's likely that the place was already deserted by the time of the Spanish invasion, as otherwise it would have been mentioned in their reports of the Inca civilization.

The Inca had no system of writing and left no written records, so archaeologists have been left to piece together bits of evidence as to why Machu Picchu was built, what purpose it served, and why it was so quickly vacated. 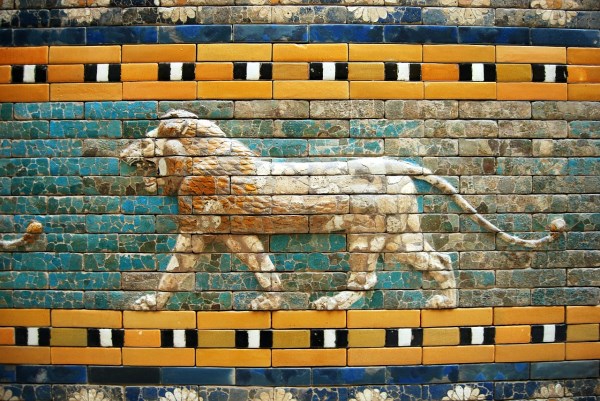 Some 90 kilometres south of modern Bagdhad lies the ruins of ancient Babylon, the original name of which, "bab-ili", may be translated as "the Gate of the Gods". For the world at large, Babylon ranks as one of the most famous cities of antiquity, reknowned alike for its refinement, beauty and magnificence. In classical times, the city walls of Babylon were spoken of with admiration and astonishment, while her "Hanging Gardens" were accounted one of the Seven Wonders of the World.

As a centre of culture and government, it flourished for about fifteen centuries, from the arrival of the Amorites ca. 1850 B.C. down to Alexander the Great, who died there in 322 B.C. One of the best known of the city's early rulers was the great law-giver, Hammurabi (1792-1750 B.C.). 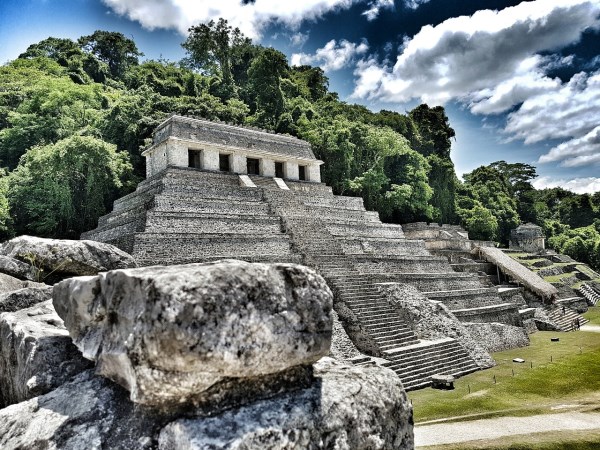 The ruins of Palenque are among the most important Mayan archaeological sites in all of Mexico and Central America. Set on a ledge overlooking the coastal plain of the Gulf of Mexico, Palenque recedes into the dense tropical forest of the foothills of the Tumbala mountains of Chiapas, Mexico.

Although analysis of pottery shards demonstrates that the area was occupied by 100 b.c., most of the buildings we see today were constructed between the 6th to 10th centuries a.d.

The greatest ruler of this city-state was Pacal, who took power in 603 a.d. and commenced a construction boom of architecturally innovative buildings that lasted through and beyond his 68-year reign. One of the most impressive projects was a complex called the Palace. The walls and roofs are covered with stucco carvings depicting the ceremonies and activities of rulers and gods, giving modern observers insight into the lives and beliefs of the Mayans. Another magnificent structure, the Temple of the Inscriptions, contains tablets of glyphs recounting the ancestral history of long ago rulers. The true reward of a trip to Palenque is to revel in the mystery of the unanswerable questions that arise as he meanders through the ruins in morning mists that swirl around the ancient structures. Only 34 of perhaps 500 buildings have been excavated. 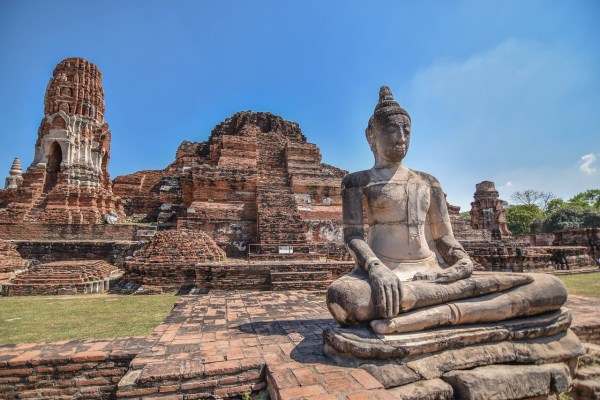 Ayutthaya, whose name means “undefeatable” in Sanskrit, may not be as popular as Bangkok, Chiang Mai or Phuket but it's one of the many places in Thailand that's frequented by tourists who want to see its world-reknowned ruins.

In its heyday, Ayutthaya was a bustling metropolis of international repute, whose progress, according to historians, rivaled even Europe's capitals at the time. So prosperous was the kingdom that her neighbor Burma (now Myanmar) coveted her, so the Burmese army burned and sacked the city. Today, only the debris of the empire's glory remains, forming part of what is now known as the Ayutthaya Historical Park, which is listed as a UNESCO World Heritage site. 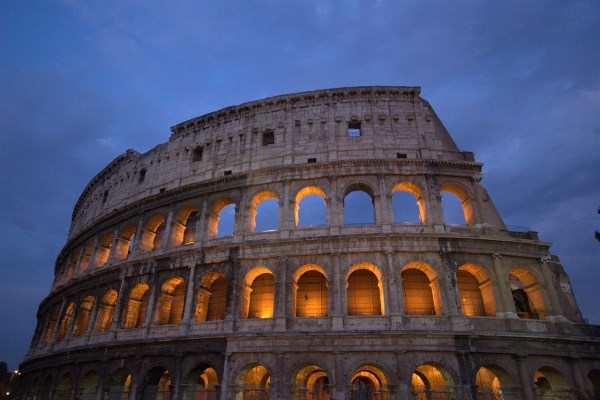 One of the greatest works of Roman architecture and perhaps the most recognized ruin in the world, the Colosseum or Roman Coliseum --originally the Flavian Amphitheatre-- is an elliptical amphitheatre in the center of Rome, Italy, the largest ever built in the Roman Empire.

Capable of seating 50,000 spectators, the Colosseum was used for gladiatorial contests and public spectacles. As well as the gladiatorial games, other public spectacles were held there, such as mock sea battles, animal hunts, executions, re-enactments of famous battles, and dramas based on Classical mythology. About 500,000 people and over a million wild animals died in the Colosseum games.

Although in the 21st century it stays partially ruined due to damage caused by devastating earthquakes and stone-robbers, the Colosseum is an iconic symbol of Imperial Rome and its breakthrough achievements in earthquake engineering. It is one of Rome's most popular tourist attractions and still has close connections with the Roman Catholic Church, as each Good Friday the Pope leads a torchlit "Way of the Cross" procession around the various levels of the amphitheatre. 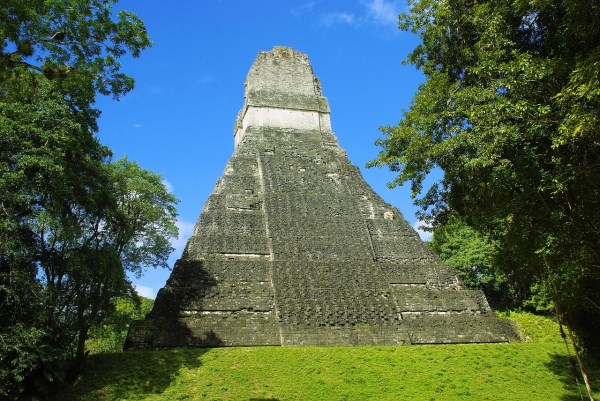 Tikal is one of the largest archaeological sites and urban centers of the Pre-Columbian Maya civilization. It is located in the archaeological region of the Petén Basin in northern Guatemala. This amazing site is part of Guatemala's Tikal National Park, and in 1979 was declared a UNESCO World Heritage Site.

Tikal was one of the major cultural and population centers of the Maya civilization. Though monumental architecture at the site dates from the 4th century BC, Tikal reached its apogee during the Classic Period, ca. 200 to 900 AD, during which time the site dominated the Maya region politically, economically, and militarily while interacting with areas throughout Mesoamerica, such as central Mexican center of Teotihuacan. There is also evidence that Tikal was even conquered by Teotihuacan in the 4th century.

Following the end of the Late Classic Period, no new major monuments were built at Tikal and there is evidence that elite palaces were burned. These events were coupled with a gradual population decline, culminating with the site's abandonment by the end of the 10th century.

A large pre-Columbian archaeological site built by the Maya civilization, Chichen Itza is located in the northern center of the Yucatán Peninsula, in the Yucatán state, Mexico.

It was a major regional focal point in the northern Mayan lowlands from the Late Classic through the Terminal Classic and into the early portion of the Early Postclassic period. The site exhibits a multitude of architectural styles, from what is called “Mexicanized” and reminiscent of styles seen in central Mexico to the Puuc style found among the Puuc Maya of the northern lowlands. The presence of central Mexican styles was once thought to have been representative of direct migration or even conquest from central Mexico, but most contemporary interpretations view the presence of these non-Mayan styles more as the result of cultural diffusion. 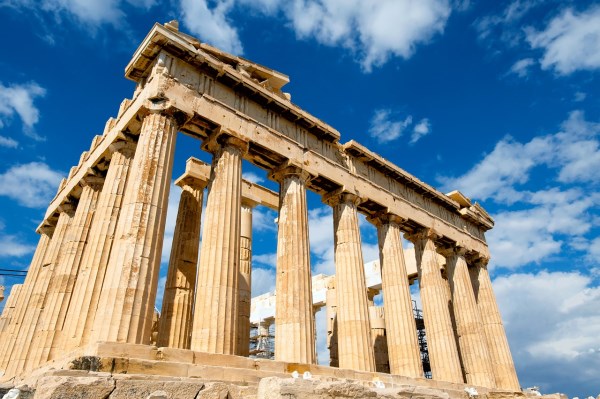 Greek goddess Athena's temple, the Parthenon was built in the 5th century BC on the Athenian Acropolis. It is the most important surviving building of Classical Greece, generally considered to be the culmination of the development of the Doric order. Its decorative sculptures are considered one of the high points of Greek art. The Parthenon is regarded as an enduring symbol of ancient Greece and Athenian democracy, and one of the world's greatest cultural monuments. The Greek Ministry of Culture is currently carrying out a program of restoration and reconstruction 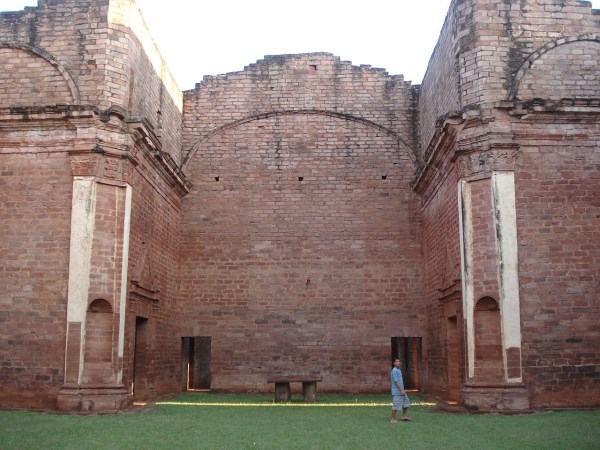 Located about 25 km away from Encarnacion, on the route to Ciudad del Este, Paraguay, is one of the most interesting and suggestive ruins of the 8 missions in Paraguay.

Trinidad was founded by natives that came from the mission of San Carlos. Its main architects were fathers Juan Bautista Prímoli of Milan and the Catalan Jose Grimau. Uncompleted, this mission had one of the larges and prettiest churches of all missions, according to descriptions by travelers of that period.

After crossing the nave of the old church, you can see an impressive view of the frieze high on the altar wall, entirely decorated on the very stone, with a sequence of angels in baroque postures and their instruments. The two doors giving access to the sacristies are worth mentioning: the columns with disproportionate capitals and a triple row of leaves supporting the frieze with two lateral pillars and a sculptural motif in the center.

On the west side are the ruins of the tower and a long chapel. The tower, with a square base, reminds us of a fort tower and it is not known whether it was a belfry, an observation tower, or both at the same time. The chapel was probably used while the main church was being built. One of the sacristies also holds a small museum with local items (in original colors) and a scale model of the mission. It was declared Patrimony of Humanity by UNESCO in 1993. 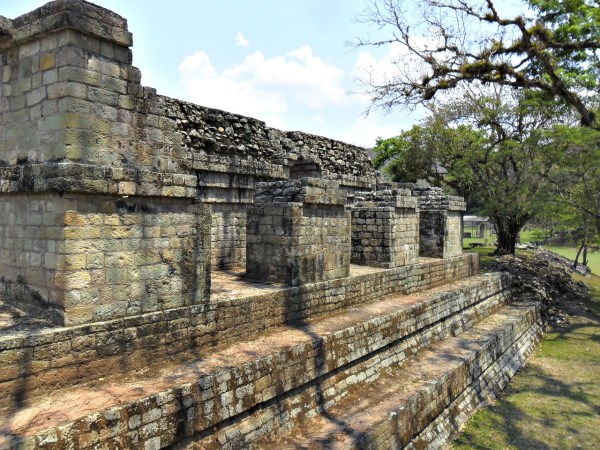 A Mayan capital from the 400s to the 800s, Copan is one of the largest and most impressive of all the Mayan centers discovered so far. It consists of pyramids, temples and 21 stone pillars, or stelae, with exquisite carved likenesses of ancient Copan kings. Although Tikal in Guatemala is the largest known Mayan site and is easier to get to, Copan shouldn't be missed by anyone interested in the Mayan civilization. 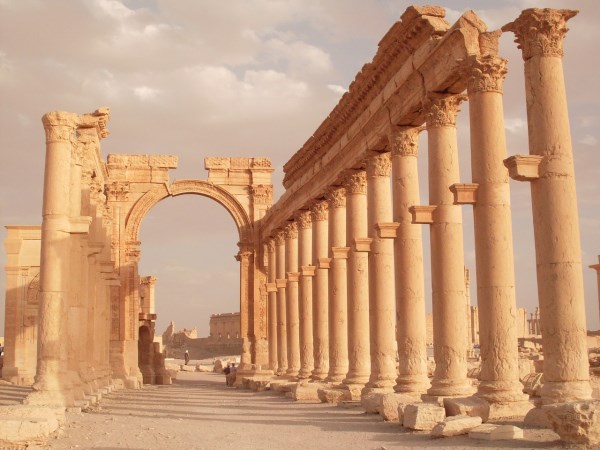 In the heart of Syrian Desert it is hidden Palmyra, often described as the bride of the desert. Its magnificent remains tell of a heroic history during the reign of Queen Zenobia. The Oasis, as it is sometimes called, is located near a hot-water spring called Afqa, which makes it an ideal halt for caravans moving between Iraq and Al-Sham (present day Syria, Lebanon, Holy Land and Jordan), trading in silk from China to the Mediterranean.

Palmyra's strategic location and prosperity attracted the interest of the Romans, who took control of the city in the first century AD. The destiny of the great kingdom of Palmyra was no better than that of its queen: Zenobia was defeated and taken captive to Rome, fettered in chains of gold where she poisoned herself, while the city fell prey to looting and destruction. Archaeologists are still working on excavations there in order to uncover the queen's palace, which was destroyed by Romans and replaced by a military camp. 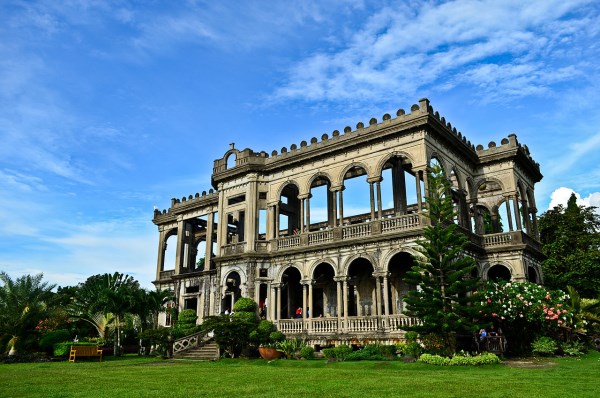 Talisay City in the Philippines features a mansion built by a sugar magnate at the turn of the last century that not once, but twice, was destroyed in the Second World War in order to prevent Japanese forces from using it. Once on their way out of the Philippines, the USAAF bombed and strafed the home, and Philippines rebels burned it down to keep it from falling into Japanese hands.