Some abandoned ghost towns are now tourist attractions, while others might be dangerous or illegal to visit. Meet some of the most fascinating ghost towns from around the world.

Kolmanskop is a ghost town in southern Namibia, a few kilometres inland from the port of Lüderitz. In 1908, Luederitz was plunged into diamond fever and people rushed into the Namib desert hoping to make an easy fortune. Within two years, a town, complete with a casino, school, hospital and exclusive residential buildings, was established in the barren sandy desert. But shortly after the drop in diamond sales after the First World War, the beginning of the end started. During the 1950’s the town was deserted and the dunes began to reclaim what was always theirs. 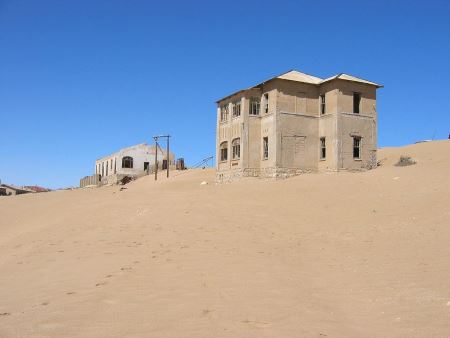 Soon the metal screens collapsed and the pretty gardens and tidy streets were buried under the sand. Doors and windows creaked on their hinges, cracked window panes stared sightlessly across the desert. A new ghost town had been born. 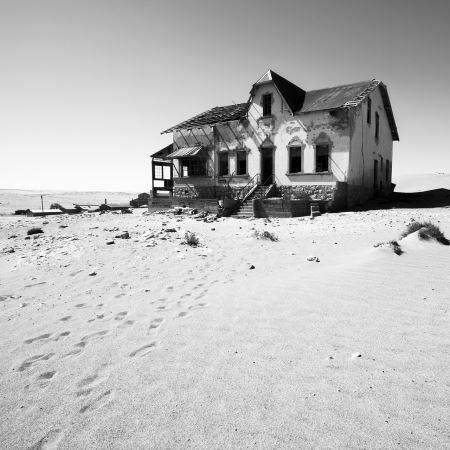 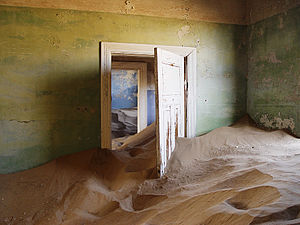 A couple of old buildings are still standing and some interiors like the theatre is still in very good condition, but the rest are crumbling ruins demolished from grandeur to ghost houses. 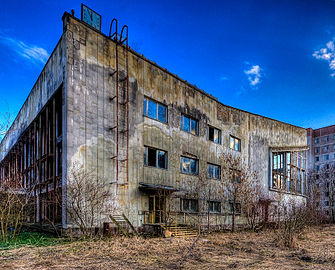 Prypiat is an abandoned city in the “zone of alienation” in northern Ukraine. It was home to the Chernobyl Nuclear Power Plant workers, abandoned in 1986 following the Chernobyl disaster. Its population had been around 50,000 prior to the accident. 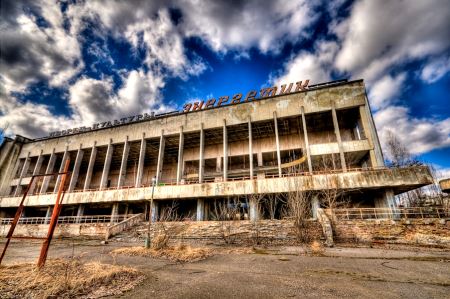 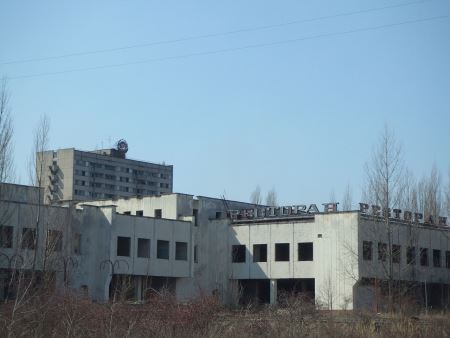 Until recently, the site was practically a museum, documenting the late Soviet era. Apartment buildings (four of which were recent constructions not yet occupied), swimming pools, hospitals and other buildings were all abandoned, and everything inside the buildings was left behind, including records, papers, TVs, children’s toys, furniture, valuables, and clothing, etc. that any normal family would have with them. Residents were only allowed to take away a suitcase full of documents, books and clothes that were not contaminated.However, many of the apartment buildings were almost completely looted some time around the beginning of the 21st century.[citation needed] Nothing of value was left behind; even toilet seats were taken away. Some buildings have remained untouched. Many of the building interiors have been vandalized and ransacked over the years. Because the buildings are not maintained, the roofs leak, and in the spring the rooms are flooded with water. It is not unusual to find trees growing on roofs and even inside buildings. This hastens deterioration, and due to this, a 4-story school partially collapsed in July of 2005. 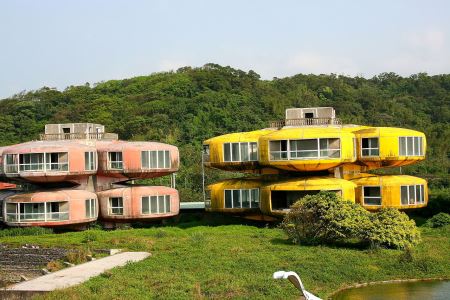 in the North of Taiwan, this futuristic pod village was initially built as a luxury vacation retreat for the rich. However, after numerous fatal accidents during construction, production was halted. A combination of lack of money and lack of willingness meant that work was stopped permanently, and the alien like structures remain as if in remembrance of those lost. Indeed, rumors in the surrounding area suggest that the City is now haunted by the ghosts of those who died. 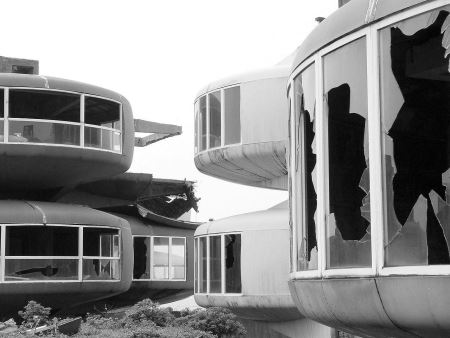 After this the whole thing received the cover-up treatment. And the Government, who commissioned the site in the first place was keen to distance itself from the bizarre happenings. Thanks to this, there are no named architects. The project may never be restarted thanks to the growing legend, and there would be no value in re-developing the area for other purpose. Maybe simply because destroying homes of lonely spirits is a bad thing to do. San Zhi can also be seen from an aeriel view here. 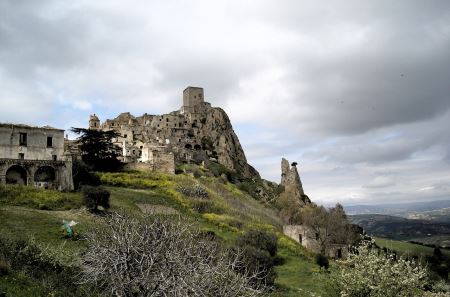 Craco is located in the Region of Basilicata and the Province of Matera. About 25 miles inland from the Gulf of Taranto at the instep of the “boot” of Italy. This medieval town is typical of those in the area, built up with long undulating hills all around that allow for the farming of wheat and other crops. Craco can be dated back to 1060 when the land was in the ownership of Archbishop Arnaldo, Bishop of Tricarico. This long-standing relationshop with the Church had much influence over the inhabitants throughout the ages. 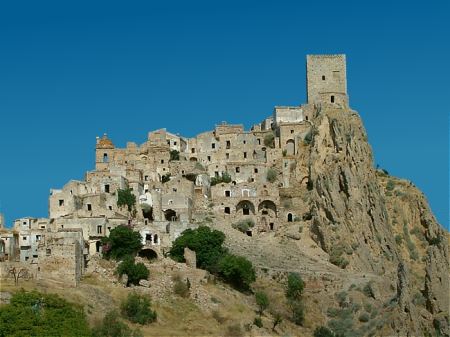 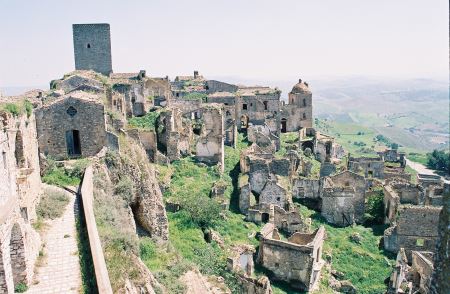 In 1891, the population of Craco stood at well over 2,000 people. Though there had been many problems, with poor agricultural conditions creating desperate times. Between 1892 and 1922 over 1,300 people moved from the town to North America. Poor farming was added to by earthquakes, landslides, and War – all of which contributed to this mass migration. Between 1959 and 1972 Craco was plagued by these landslides and quakes. In 1963 the remaining 1,800 inhabitants were transferred to a nearby valley called Craco Peschiera, and the original Craco remains in a state of crumbling decay to this day.

5ORADOUR-SUR-GLANE (France): the horror of WWII 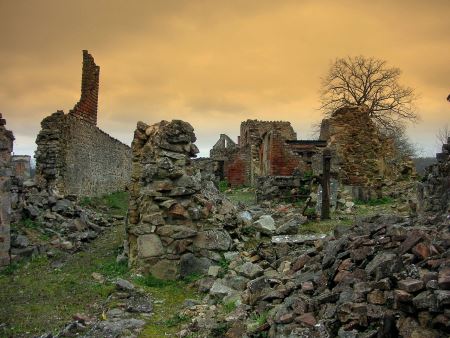 The small village of Oradour-sur-Glane, France, is the setting of unspeakable horror. During World War II, 642 residents were massacred by German soldiers as punishment for the French Resistance. The Germans had initially intended to target nearby Oradour-sur-Vayres and mistakenly invaded Oradour-sur-Glane on June 10th 1944. According to a survivor’s account, the men were herded into barns where they were shot in the legs so they would die more slowly. The women and children, who had been held in a church, all perished when their attempt to escape was met by machine-gun fire. The village was razed by the Germans afterward. Its ruins still stand today as a memorial to the dead and a reminder of the events that took place. 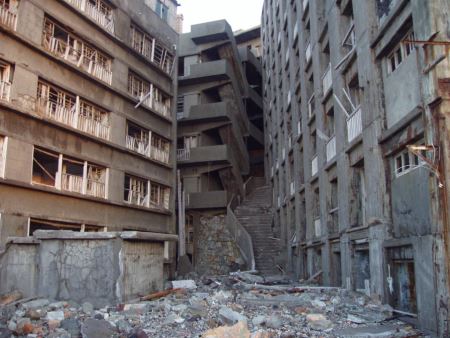 This island is one among 505 uninhabited islands in the Nagasaki Prefecture of Japan about 15 kilometers from Nagasaki itself. It is also known as “Gunkan-jima” or Battleship Island thanks to its high sea walls. It began in 1890 when a company called Mitsubishi bought the island and began a project to retrieve coal from the bottom of the sea. This attracted much attention, and in 1916 they were forced to build Japan’s first large concrete building on the island. A block of apartments that would both accommodate the seas of workers and protect them from hurricanes. 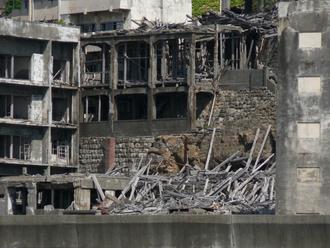 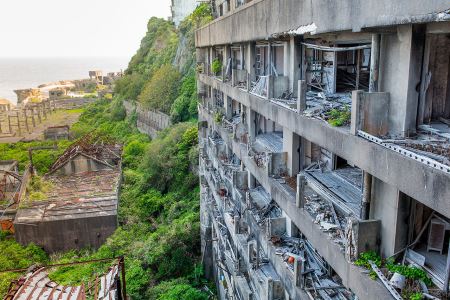 In 1959, population had swelled, and boasted a density of 835 people per hectare for the whole island (1,391 per hectare for the residential district) – one of the highest population densities ever recorded worldwide. As petroleum replaced coal in Japan in the 1960’s, coal mines began shutting down all over the country, and Hashima’s mines were no exception. In 1974 Mitsubishi officially announced the closing of the mine, and today it is empty and bare, with travel currently prohibited. The island was the location for the 2003 film ‘Battle Royale II’ and inspired the final level of popular Asian videogame “Killer7”. 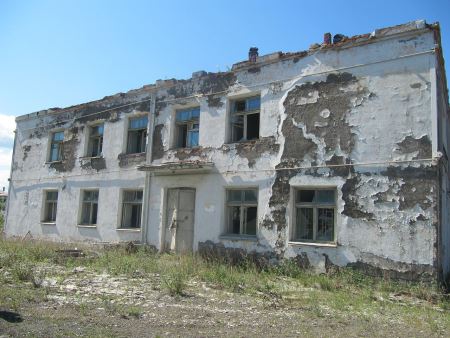 Kadykchan was one of many small Russian cities that fell into ruin when the Soviet Union collapsed. Residents were forced to move to gain access to services like running water, schools and medical care. The state moved them out over a period of two weeks, and they were taken to other towns and provided with new housing. Once a tin mining town of 12,000 people, the city is now desolate. In their hurry to leave, residents left their belongings behind in their homes, so you can now find aging toys, books, clothing and other objects throughout the empty city. 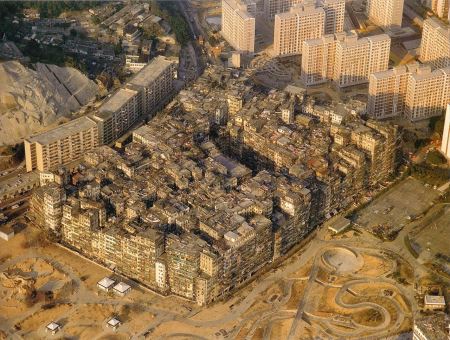 The Kowloon Walled City was located just outside Hong Kong, China during British rule. A former watchpost to protect the area against pirates, it was occupied by Japan during World War II and subsequently taken over by squatters after Japan’s surrender. Neither Britain nor China wanted responsibility for it, so it became its own lawless city. 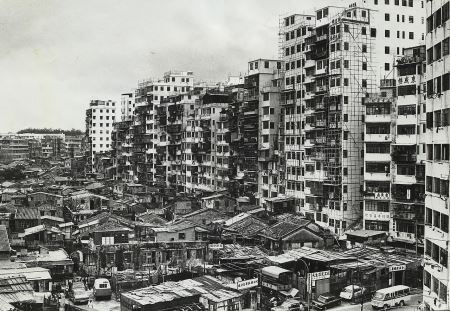 Its population flourished for decades, with residents building labyrinthine corridors above the street level, which was clogged with trash. The buildings grew so tall that sunlight couldn’t reach the bottom levels and the entire city had to be illuminated with fluorescent lights. It was a place where brothels, casinos, opium dens, cocaine parlors, food courts serving dog meat and secret factories ran unmolested by authorities. It was finally torn down in 1993 after a mutual decision was made by British and Chinese authorities, who had finally grown wary of the unsanitary, anarchic city and its out-of-control population. 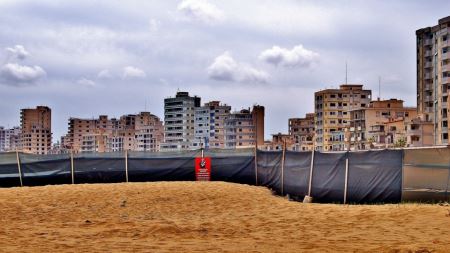 Varosha is a settlement in the unrecognised Republic of Northern Cyprus. Prior to the 1974 Turkish invasion of Cyprus, it was the modern tourist area of the city of Famagusta. For the last three decades, it has been left as a ghost town.In the 1970s, the city was the number one tourist destination in Cyprus. To cater to the increasing number of tourists, many new high-rise buildings and hotels were constructed.

When the Turkish Army gained control of the area during the war, they fenced it off and have since refused admittance to anyone except Turkish military and United Nations personnel. The Annan Plan had provided for the return of Varosha to Greek Cypriot control, but this never happened, as the plan was rejected by Greek Cypriot voters.As no repairs have been carried out for 34 years, all of the buildings are slowly falling apart. Nature is reclaiming the area, as metal corrodes, windows break, and plants work their roots into the walls and pavements. Sea turtles have been seen nesting on the deserted beaches.

By 2010, the Turkish Cypriot administration of the de-facto Turkish Republic of Northern Cyprus plan to reopen Varosha to tourism and the city will be populated as one of the most influential cities in the north of the island. 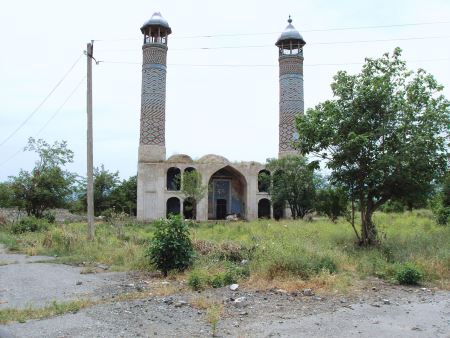 The eerie city of Agdam, Azerbaijan was once a thriving city of 150,000 people. It was lost in 1993 during the Nagorno Karabakh war; though the city was never the setting of combat, it fell victim to vandalism while occupied by Armenians. The buildings are gutted and empty, with only the graffiti-covered mosque remaining intact. Agdam residents have moved to other areas of Azerbaijan, as well as into Iran.