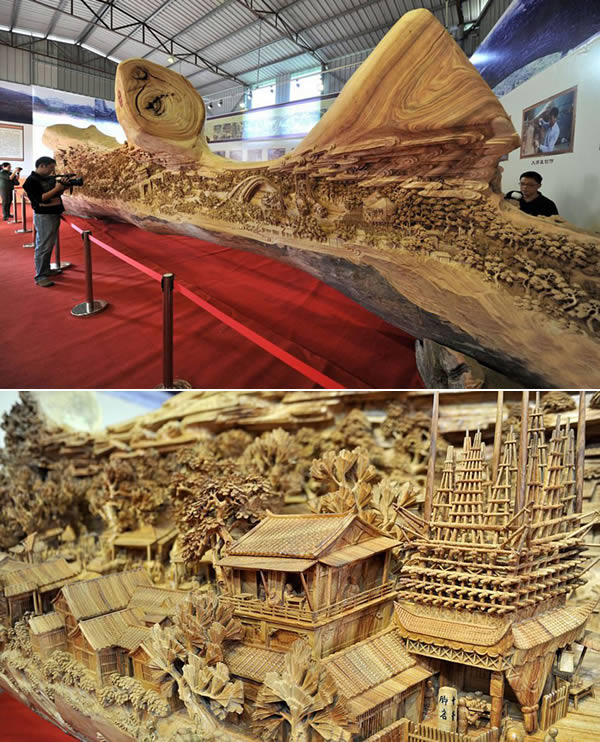 Chinese artist Zheng Chunhui's breathtaking 12.2-meter (40 ft.) long wood carving is a modern masterpiece of sculpture. Unveiled in 2013, it has entered the Guinness Book of World Records as the longest continuous wooden sculpture in the world, and it was carved out of a single tree trunk. Between its size and its intricate detailing, it's no surprise that it took Chunhui four years to complete. The sculpture features buildings, trees, mountains, rivers, boats, bridges, clouds, and even 550 hand-carved people.

2A spiral staircase made from a single tree 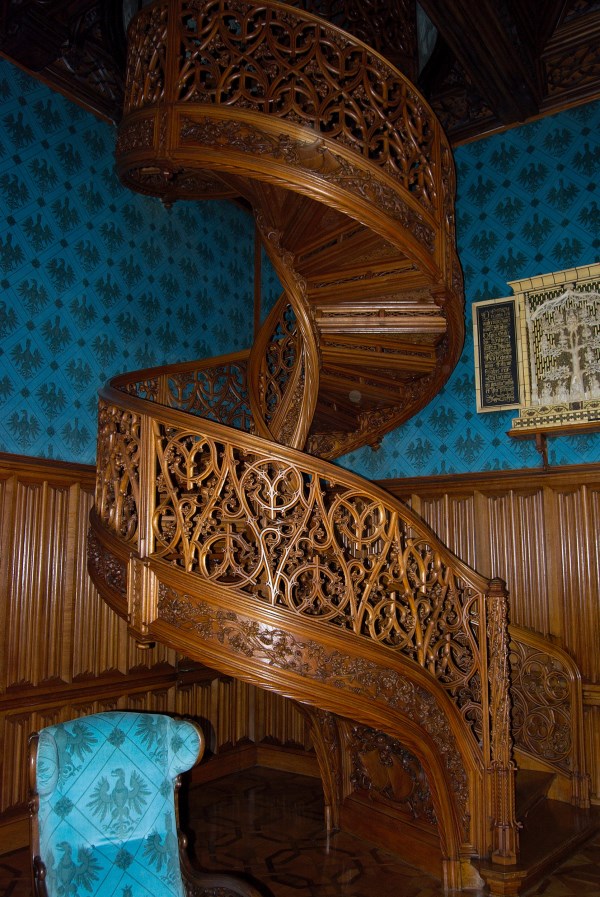 Lednice Castle and its extensive garden are among the most beautiful areas in the Czech Republic. The gorgeous exterior promises a stunning interior—original panel ceilings, historic wooden furniture and an impressive 360-degree spiral staircase made without using a single nail, which connects the library with a stately bedroom. 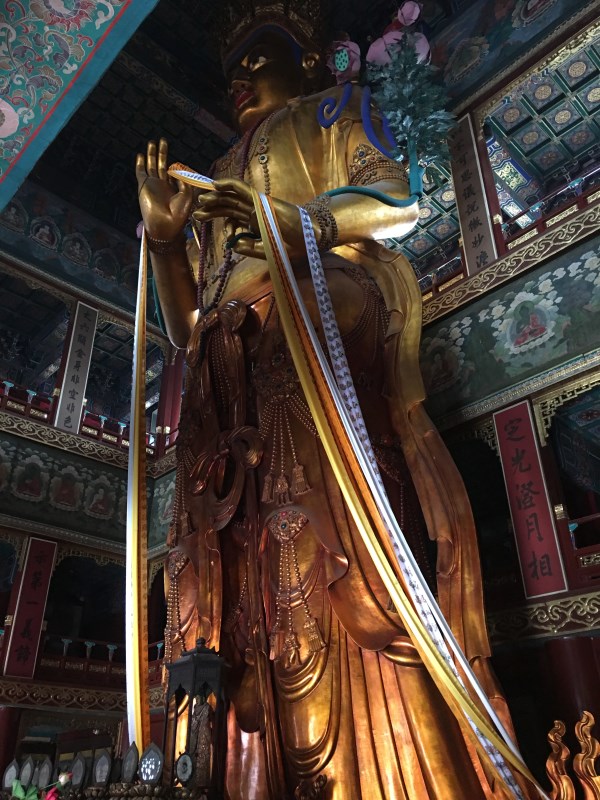 The Lama Temple in Beijing is home to the world's largest Buddha statue carved from a single tree trunk.

The 18-meter tall Maitreya statue stands in the main hall. Hand-carved during Qianlong Emperor's reign of the Qing Dynasty.
The Cultural Revolution in the 1960s caused tremendous and irreparable damage to thousands of architectural and cultural treasures across China. Miraculously, both the statue and the temple survived the calamity. 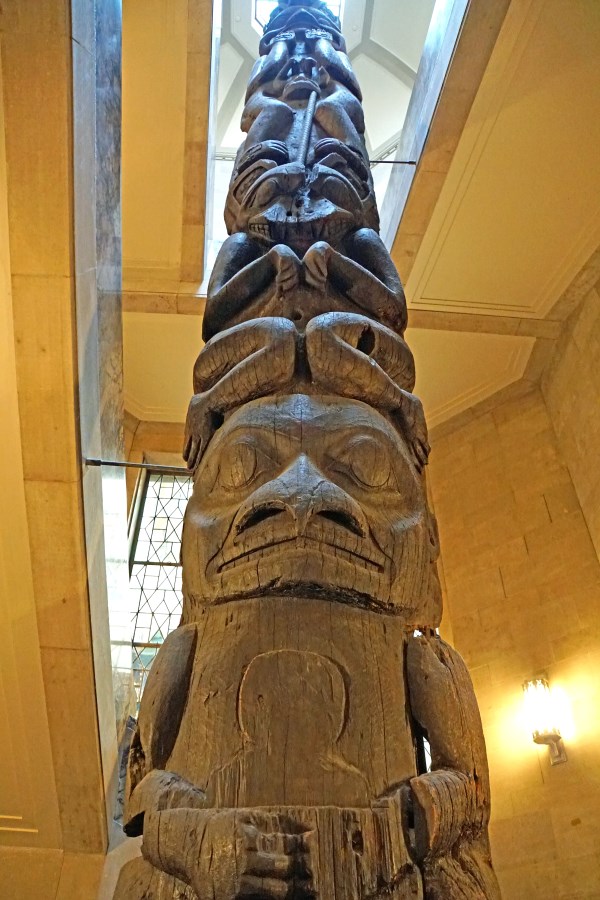 The Nisga'a and Haida Crest Poles of the Royal Ontario Museum are four large poles carved from western red cedar by the Nisga'a and Haida peoples of British Columbia. Each of the crests tells a family story, and their carved figures commemorate family histories by describing their origins, achievements, and experiences.

C.M. Barbeau acquired the Nisga'a crest poles, and the Royal Ontario Museum received them in the early 1920s. However, due to their large size, they could not be put on display until an expansion of the museum in 1933, when the building could be constructed around them.

Notably, the largest of the four crest poles, the Pole of Sag?aw?een, stands over 24.5 meters (80 ft.) and is the tallest known example of a pole from the 19th century. 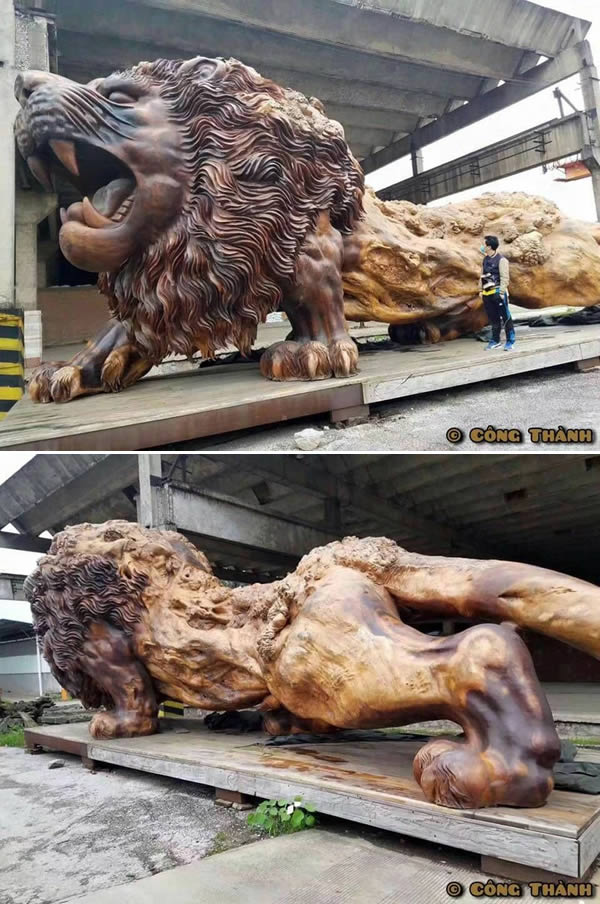 Sculptor Dengding Rui Yao has carved this incredible wooden lion from a single tree trunk. The artist led a team of 20 assistants on a three-year journey to complete the sculpture, which was made in Myanmar and was transported to its permanent home at the Fortune Plaza Times Square in Wuhan, China.

The lion was carved from a rosewood tree and measures 14.5m (47.5 ft.) long, 5m (16.4 ft.) high and 4m (13.1 ft.) wide. If these measurements are true, it would make the lion the longest wood carving in the world, the title of which is currently held by the first artwork on our list.

6511 interconnected pliers from the same trunk 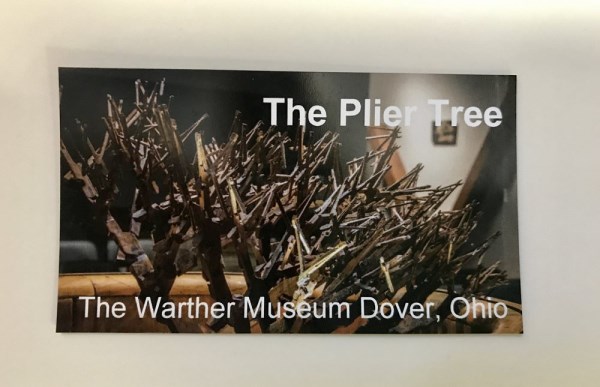 As the story goes, Ernest “Mooney” Warther was a boy growing up in Ohio when he encountered a man who taught him how to carve a pair of working pliers from a single piece of wood—using just ten cuts. Whether it was that single epiphany or the machinations of his incredibly inquisitive mind, Warther would quickly become one of the most prolific wood carvers in America.

Warther's most significant carving before he changed his focus almost exclusively to locomotives, was a tree created from 511 interconnected pliers using the same technique he learned as a child. The piece required some 31,000 cuts and each branch can fully articulate like a functional pair of pliers all the way down to the base of the trunk. Watch the video bellow to see Warther's son David demonstrating the technique (seriously, it's almost miraculous at the end, well worth a quick watch).

7The God of War, the largest wooden statue in Japan 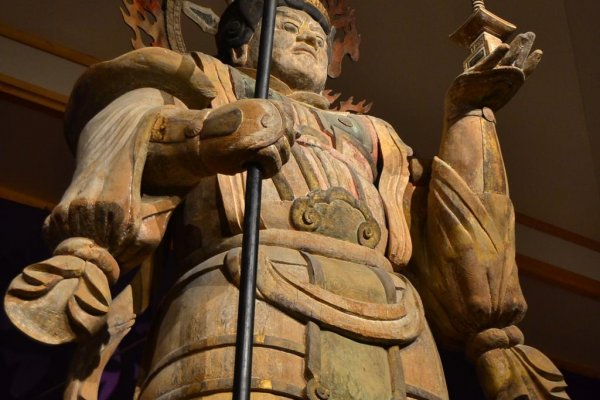 Kumano Shrine Bishamondo is home to the largest wooden statue in Japan of Bishamonten, the God of War. It was designated as an important cultural asset in the 1970s and moved from the Bishamondo into an exhibition hall with other statues. The figure is more than 10,000 years old and was carved from a single cypress tree. 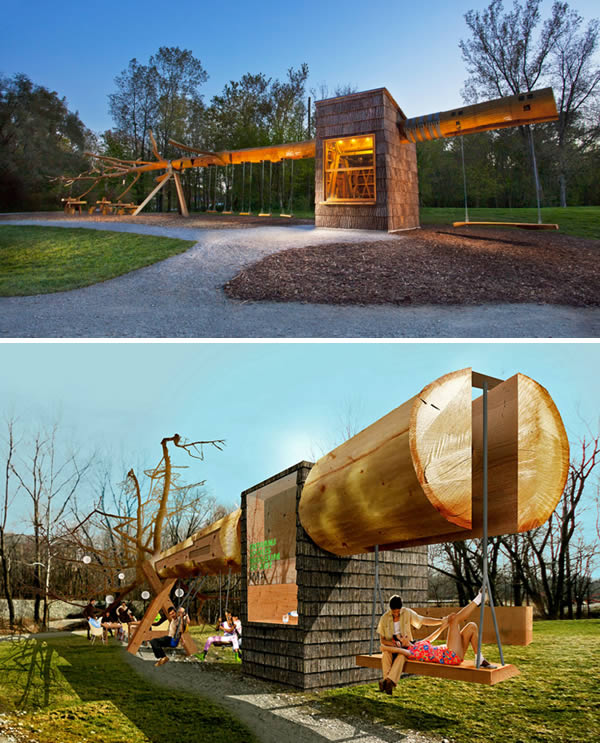 Swedish firm Visiondivision created a swing set and concession stand commissioned by the Indianapolis Museum of Art from a single 30.5-m tree.

"Chopstick" was designed for the Virginia B. Fairbanks Art and Nature Park in Indiana from a yellow poplar tree harvested from a nearby forest. Bark was carefully stripped and dried to be used as shingles for the concession stand and hanging ornaments for the branches.

The structure of the stand itself also comes from the tree. Pieces of wood were cut from the trunk to create the stand's frame and the swings, and even flowers found on the tree were used as ornaments in the concession stand's glass. 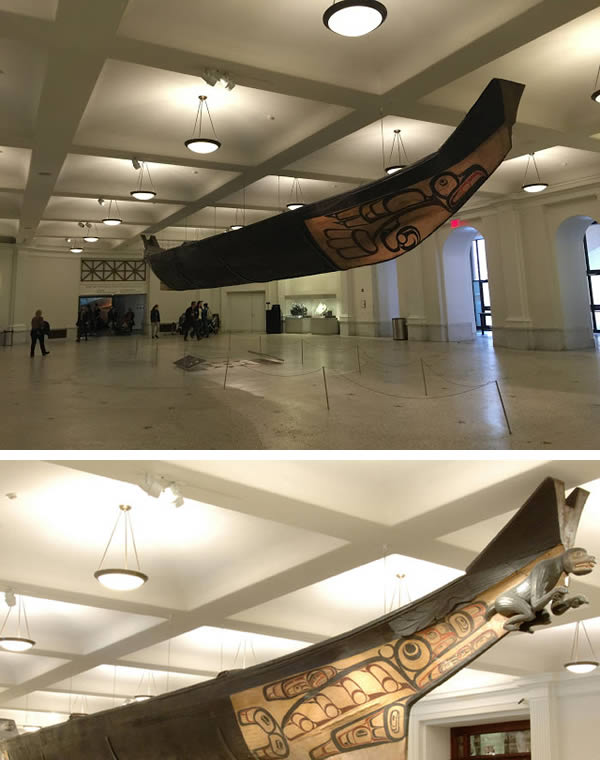 At 63-feet long, the seaworthy Great Canoe is one of the most famous artifacts at the Museum of Natural History in New York. The canoe was carved in the 1870s from the trunk of a cedar tree and features design elements from different Native American peoples of the Northwest Coast, notably Haida and Heiltsuk.

The great killer whales depicted on either side of the prow of the Great Canoe were most likely painted by Charles Edenshaw (1839-1924), one of the most influential Haida artists of his time.