Did you know that 17 states throughout the US have a law that says on duty cops cannot have sex with people they are arresting? Well, Kansas is becoming the 18th.

Police officers in Kansas City are now specifically forbidden from having sex with someone, for example, during a traffic stop. This also applies to interrogating someone in custody or during an interview in a criminal investigation.

Governor Jeff Colyer signed this bill into law last week. The bill was originally introduced by Representative Cindy Holscher after allegations of sexual abuse in a police investigation turned into a wrongful murder conviction.

According to affidavits from the case, it was alleged that, over decades, retired white homicide detective Roger Golubski repeatedly threatened to arrest black women or their families unless they had sex with him.

Holscher also shared that her decision to introduce the bill was also due to a case in New York City last September when two NYPD officers allegedly raped an 18-year-old woman in the police van following arresting her on marijuana charges. 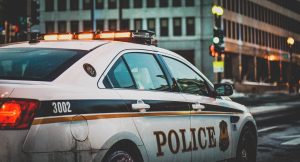 The rape kit matched both the officers DNA but they claimed that the sex was consensual. The case has not closed and the judge has so far declined to drop the charges against the officers.

An article ran in February shown light on the legal loopholes in New York and 34 other states that allow police officers to have sex with people while they’re in custody. State laws generally prohibit sex between other law enforcement officers like prison guards and inmates.

Most of those states don’t specify sex between cops and people in their custody. The NYPD case got national attention and since, lawmakers in New York, Kansas, Maryland, and Georgia, among others, have closed the loophole by introducing these bills.

“While the current laws in Kansas prohibit sexual relations between law enforcement and individuals in jails, etc., the law does not protect persons who are detained, or, say, stopped in their neighborhoods,” Holscher said in written testimony submitted to Kansas’ Juvenile Justice and Corrections Committee. “Of course, most of our police officers work every day to serve and protect our communities. But we do have to protect our citizens from the ‘bad apples’ in the batch.”