Bitcoin is one of the most popular cryptocurrencies, if not the most popular one. It gave rise to a few millionaires over the years such as Erik Finman, a mere teenager who invested 1,000 dollars, and Kristoffer Koch, who bought bitcoins for the small price of $26. That small investment turned him into a millionaire that had 5,000 Bitcoins at his disposal. 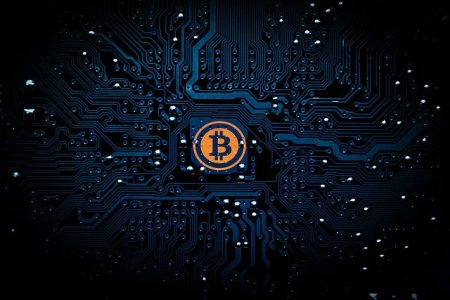 Some of the experts say that 2020 is the new 2017, which was a great year for bitcoin. If all goes well then Bitcoin investors will have another good year which means a bitcoin revolution happening again. The whole idea of a cryptocurrency is revolutionary because it provides people with a currency they can access anywhere without having to rely on banks and other financial institutions.

This type of relationship has its benefits as well as its disadvantages. Criminals and even terrorists have been using bitcoin as a means of funding their illegal campaigns. People have also used bitcoin for other nefarious needs. One such example is the case of Tina Jones.

The 33-year-old was a nurse working at the Loyola Medical University Clinic. While working there she started an affair with one of her co-workers. Both of them were married but Jones wanted something more than an office fling with her lover. The lover, on the other hand, didn’t want to do anything more with Jones so he broke off the relationship.

In a fit of rage, Tina tried to have his wife murdered and she decided to do it by hiring a hitman. The dark web is the perfect place for finding such an individual and it has been frequently monitored by the special investigation agencies to keep a leash on crime.

She used a dark web browser to keep her identity hidden and in her search for an organization that deals in her need for a particular service, she came across the Sicilian Hitman International Network. After finding the right website she purchased the service for $12,000 worth in bitcoin.

When the time for the deed came nothing happened because the Sicilian Hitman International Network was fake. She got scammed and the evidence of her attempted murder ended up in the hands of the law. She pleaded guilty and is now serving a 12-year sentence for her crime.

Reportedly she used the dark web browser and opted for Bitcoin to remain anonymous. However, the transactions made via this currency don’t actually keep people’s identities hidden. The system behind Bitcoin keeps track of all transactions and the people making them. This piece of information was crucial for the apprehension of Tina Jones.

Luckily, it all ended well in the end as nobody killed anybody and the culprit was caught. In a way, it’s good that the website was fake; otherwise, Jones would have ended up in prison for a longer time. All in all, Bitcoin and other cryptocurrencies as just as good and beneficial as the people who are using them.